The fall of Britain

We must reclaim our freedom before it’s too late. 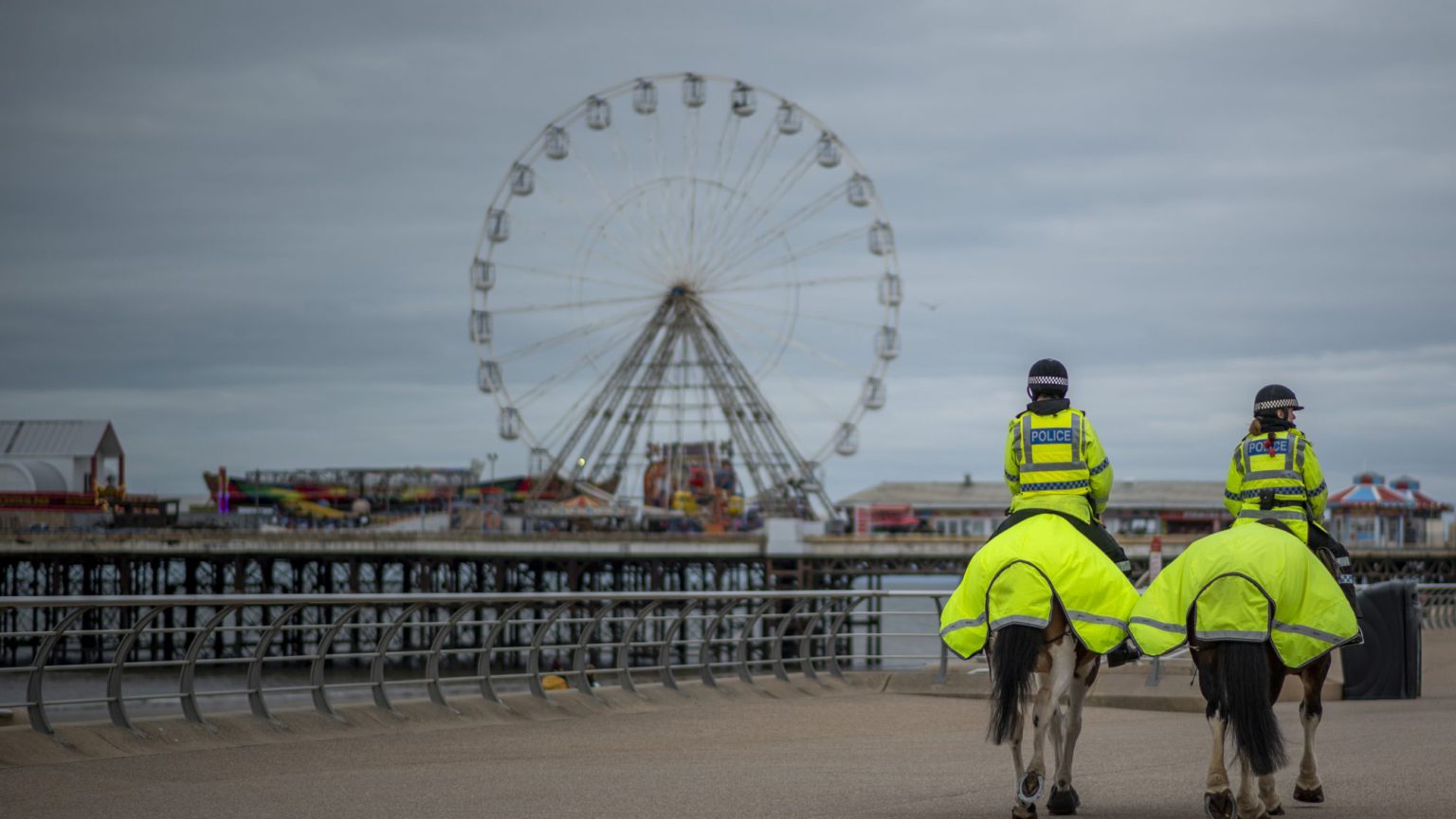 Imagine a country where the borders between its constituent parts are shut down, travel between them forbidden and enforced by the police. Supermarkets have shelves roped off and the state decides what goods are essential. Right of assembly, not just in public places but also between families and households, is under legal constraint. Neighbours are encouraged to inform on anyone who might be in breach.

Pubs, restaurants, concert halls, theatres, cinemas and sports stadiums, if they operate at all, do so in a desultory fashion, with limited numbers, curfews and everyone tracked and traced.

The state broadcaster keeps the population placid with a diet of fear – fear of an unseen enemy from which only the state can protect them, as long as they obey the rules. Travel to other countries is difficult, if not impossible, and the state must be allowed to track you on return.

The economy is being rendered moribund. A bankrupt state provides in its absence.

But beyond the physical constraints, the constraints of the intellect are more sinister. A remorseless doublethink is required. We are invited to believe, worse, it is insisted that we believe, that men can have periods. Women are now ‘people who bleed’. It is insisted that we believe that one section of the population is inherently discriminatory, oppressive and wicked and that it traps another in a permanent state of victimhood, unable to contribute, devoid of agency, forever disadvantaged, always second place.

Schools and universities slowly dismantle the great thread of Western achievements and the notion of nationhood. Historical figures are either airbrushed from history or their names traduced. ‘Who controls the past, controls the future.’

The population divides into three camps: those who just shrug their shoulders and determine to ‘wait it out’, a few active dissidents and a chunk who welcomes the situation. The final group wants the certainties of the state, an end to the tyranny of choice, a fairness of mutual poverty where everyone is equally miserable, the streets grey, the shelves empty and a penniless state is the only employer.

And yet I’m not writing about the Soviet Union, before the fall of the wall, when a red-star state was presided over by a paranoid dictator who had to keep his population pinned in fear. I’m talking about the United Kingdom. Here. Now. And under a Conservative government.

Locked down and lucked out. A state of dependence. And in case you think the opposition is any better, Andy Burnham, Manchester’s Labour mayor, wants to keep his city open. Sadiq Khan, London’s Labour mayor, to shut his city down. Labour leader Keir Starmer wants to support Burnham while shutting the whole country down. In Wales, Mark Drakeford has done just this.

In Scotland, the SNP’s Nicola Sturgeon willingly trumps any authoritarian measure in England and does so on the back of a leadership cult with which Eastern Europeans would surely be familiar. Any minute now, a new broadcast to the nation.

Incoherent, opportunistic, bereft of principle, ideology or clue, was there ever a lower ebb for British political leadership than we face now?

The very essence of what we are as a nation is being destroyed. From the pub to the Union to the principle of free speech. Our native sense of irreverence and good-humoured scepticism has been replaced by a dead-handed fear of saying the wrong thing for fear of cancellation – the equivalent of having your party membership revoked, meaning no job and no access to the GUM store.

I make one simple plea. Reclaim. Reclaim your freedom. Reclaim what it used to mean when people said, ‘It’s a free country!’. And reclaim it before it’s too late.

We all know this has gone too far. All know that somewhere this rollercoaster ride has to stop and that the country needs to get off. In terms of liberty, in terms of economy, in terms of our way of life, in terms of wider health, both physical and mental, screaming towards catastrophe.

As a great man once said: ‘Freedom is never more than one generation away from extinction. We didn’t pass it to our children in the bloodstream. It must be fought for, protected, and handed on for them to do the same.’

Laurence Fox is the founder of Reclaim.