The demonisation of lockdown sceptics

Supporters of the Zero Covid orthodoxy will not tolerate any dissent. 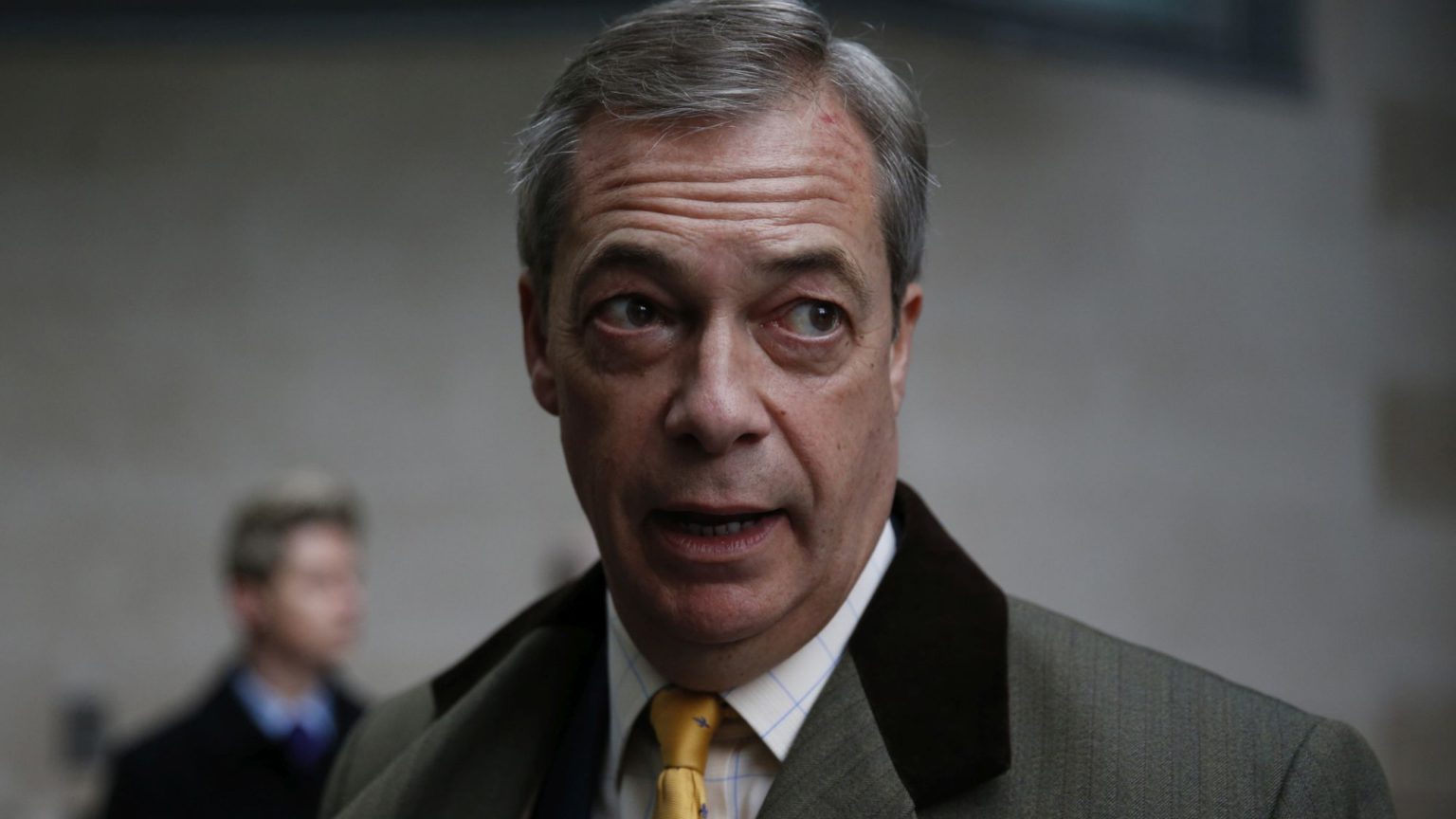 It is apposite that it is Nigel Farage who has stepped forward as the party-political voice of lockdown scepticism, with prospective Brexit Party rebrand, Reform UK. After all, it was as the leader of UKIP that he started to give expression to a similar anti-technocratic sentiment a decade ago.

And now here he is again, challenging the ‘barrage of lockdowns, rules, regulations and threats’ implemented in response to Covid just as he once challenged the rules and regulations imposed by Brussels.

There is more to Reform UK than just criticism of the government’s lockdown-happy response to the Covid crisis – it is also calling for the reform of Britain’s governing institutions more broadly. But the response to Covid is its current focus. And so, referencing the lockdown-sceptical Great Barrington Declaration, he and his Reform UK comrade Richard Tice issued a joint call in the Telegraph for an alternative Covid strategy based around the ‘focused protection’ of those most at risk, which would allow the rest of the population, ‘with good hygiene measures and a dose of common sense’, to ‘get on with life’. They cap off their appeal to the public with a promise to challenge ‘consensus thinking and vested interests on Covid’.

Whether Reform UK is the right vehicle, Farage or Tice the best people, or the Great Barrington Declaration the most suitable basis on which to take on the technocratic orthodoxy on Covid is up for debate. But what is not is the need for precisely that concerted challenge to the ‘consensus thinking on Covid’ that Reform UK claims to provide.

And make no mistake, it is a consensus – and a lazy, barely questioned one at that. Yes, there are arguments about the efficacy of test-and-trace systems or the wisdom of this or that particular social restriction. But on the underlying objective of suppressing viral transmission to near-enough zero and sitting tight until the ghost in the machine provides a vaccine (the so-called Zero Covid strategy), there is widespread agreement.

So where is the challenge to this view?

It is certainly not being provided by party politics at the moment. Labour, under the pointless, pedantic leadership of Keir Starmer, is doing a lot of shrill posturing. But its approach to Covid differs from the Tories only in the haste and harshness with which it promises to lock us all down. Like a couple of bald men fighting over a comb, Labour and the government bicker over who is ‘following the science’, but they never question where it is ‘the science’ is taking them, let alone what ‘the science’ actually is.

However, the challenge facing Reform UK, and all those other groups and individuals also seeking to take on the Covid orthodoxy, is, ironically enough, similar to that which faced first UKIP and then the far broader coalition of Brexit supporters taking on the EU — namely, the determination of their powerful opponents to delegitimise them. Hence no sooner had Farage made his re-entry than Labour’s shadow justice secretary David Lammy called him a ‘shameless opportunist’, ‘risking lives’ in the search for votes. These defenders of the dominant approach to Covid, occupying positions of political and cultural power, do not want to debate their opponents. They want to dismiss them. Ridicule them. Even demonise them.

Indeed, the echo of then prime minister David Cameron’s characterisation of UKIP as ‘fruitcakes, loonies and closet racists’ can be frequently heard in the blithe disdain meted out to those questioning the social restrictions under which we have been living since March. They are labelled ‘cranks’, ‘Covidiots’, and ‘Covid deniers’. And their views are dismissed as ‘far-right’, ‘libertarian’ and ‘conspiracy theory’.

Such insults are not only being hurled at predictable liberal bêtes noires like Farage or Toby Young. They are also being hurled at anyone, no matter how left-wing or credentialled, willing to put his or her head above the parapet, and question the wisdom of devastating our social and economic life in the name of battling a virus. Think of the treatment of the authors of the Great Barrington Declaration, such as Sunetra Gupta, a professor of theoretical epidemiology at Oxford University, or Martin Kulldorff, a professor of medicine at Harvard Medical School. They have not only been subject to a shocking level of hostility and abuse; they have also been accused of being ‘co-opted by shady ideological interests’ by the Guardian; of being ‘scamademics’ by Byline Times; and of representing no more than a ‘fringe viewpoint’ outside the ‘scientific mainstream’ by their colleagues.

Given the level of abuse that established and esteemed academics have received for challenging lockdowns, it is hardly a surprise that many younger, less institutionally secure scientists are, according to the New Statesman, ‘afraid to speak out for fear of being vilified’.

And that is a profound problem right now. Dissent is being stifled, and not just by the explicit censorship of Big Tech. It is also being stifled by a growing climate of fear created by the hostility and abuse dished out to those who dare to question the political orthodoxy. Suggest that Covid is seasonal, as epidemiologist Stefan Baral did in March, and you will be called ‘Trumpian’. Propose protecting the vulnerable, as trade unionist Paul Embery did this weekend, and you’ll be damned to hell by a Sky News correspondent. Interrogate the scientific basis of Zero Covid, as Professor Gupta has done throughout the pandemic, and you’ll be dismissed as a ‘fringe’, ‘non-mainstream’ scientist by your academic peers.

Which is absurd, given that questioning the prevailing scientific consensus has always been the engine of scientific progress. Likewise, political argument is the lifeblood of a democracy. Get rid of it, through the stifling and suppression of alternative points of view, and you no longer have much of a democracy.