An America First foreign policy has proven far less destructive than the liberal interventionism of his predecessors. 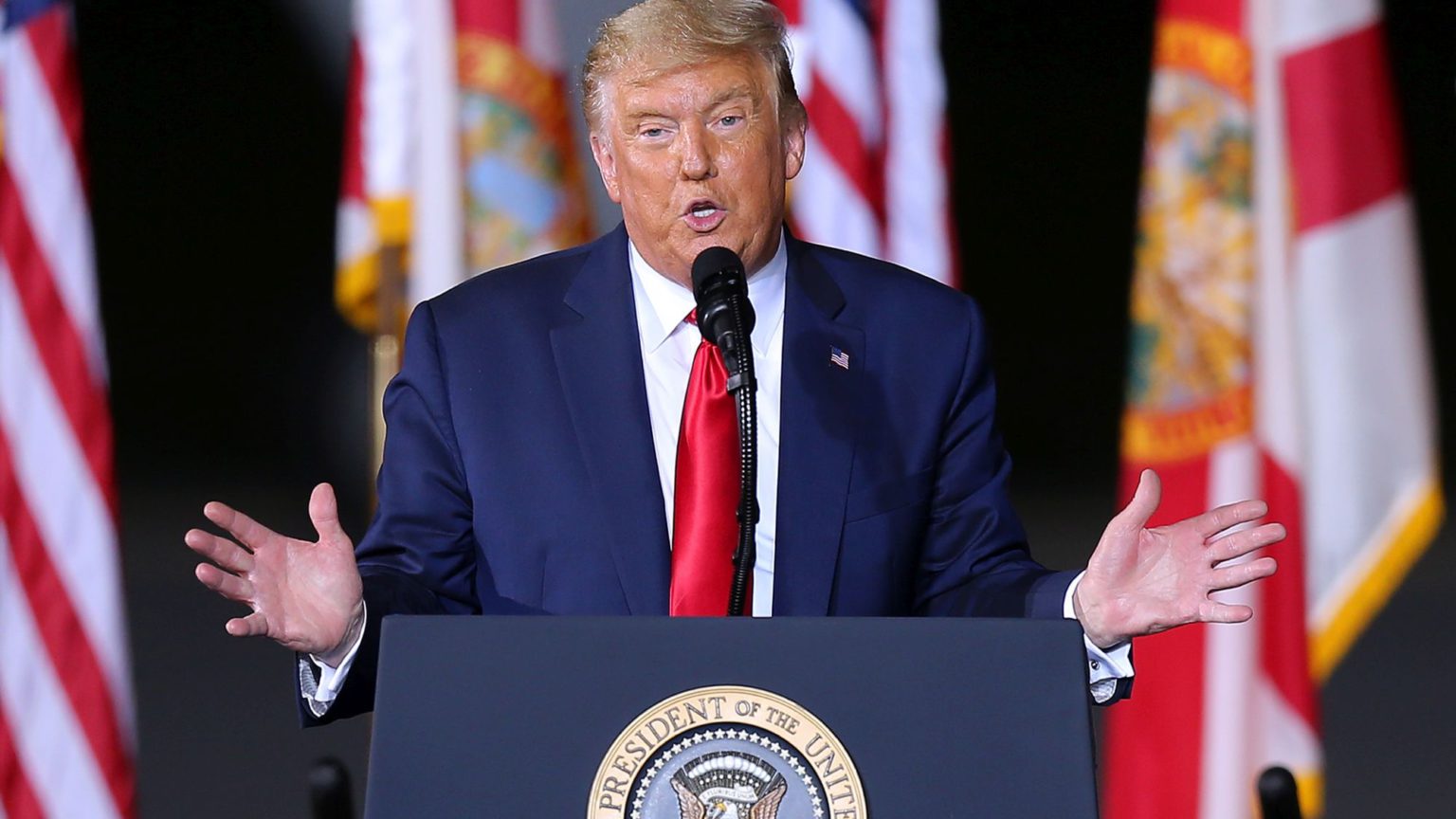 Make no mistake, it would be quite an achievement for Trump to broker the normalisation of relations between Israel and its Gulf-state neighbours after decades of animosity. Questions remain, of course. The Palestian one being the most prominent. And the establishment of peaceable relations between hitherto antagonistic states might simply deepen and exacerbate tensions elsewhere in the Middle East, as Iran moves to counter what looks like the creation of an anti-Iranian bloc. But nevertheless, it does seem that at the end of Trump’s first and possibly only term in office, he has brought a measure of stability to the region.

Indeed, Team Trump’s foreign-policy approach, as capricious and vainglorious as it has sometimes been, has lacked, well, drama. Sure, there have been photo-ops with North Korea’s tinpot dictator Kim Jong-un, bellicose outbursts on Twitter, and a shameful escalation of drone strikes on overseas targets. But there have been no significant conflagrations. No major interventions. No despotic states reduced to failure and civil war.

This is a far cry from what was prophesied with grim abandon in the run-up and aftermath to his election in 2016. Then the leadership class of politicos, pundits and academics waxed apocalyptically about the chaos Trump was about to unleash upon the world. His presidential rival Hillary Clinton suggested it was all too easy ‘to imagine Donald Trump leading us into a war just because someone got under his very thin skin’. One think-tanker predicted Trump would ‘end up empowering extremists and causing chaos across the Middle East’. Others were even worried that we were just one small hand away from nuclear armageddon.

And here we are, four years on, still in peacetime and still in one piece. It turns out that the fearmongering, the talk of the collapse of this or that order, has proven as fantastical as the equally deranged claims that Russia colluded in his election.

This is not to suggest Trump is some sort of President of Peace, or that his reign has been an unqualified success. Far from it. The decision, at the behest of NATO ally Turkey, to withdraw troops from northern Syria was unforgivable. It effectively greenlit Turkey’s attack on the US’s one-time allies, the Kurds – a brutal betrayal of precisely those who had given so much to roll back and defeat ISIS. Trump has also immersed the US deeper in its decades-long animus towards Iran, abandoning the nuclear deal in the summer of 2018 and then, a year-and-a-half later, ordering the execution-by-drone of Iranian general Qasem Soleimani. And, perhaps most damaging of all, Trump has waged a verbal and trade war against China, continuing what his predecessor Barack Obama began with his administration’s so-called pivot to Asia from 2009 onwards, which was really a pivot away from China.

But then that is what has been characteristic of the worst aspects of the US’s foreign policy under Trump — namely, the extent to which it has been a continuation of what had gone before. The extent, that is, to which Trump has continued in the long US foreign-policy tradition of fearing and scapegoating China; hating and antagonising the Iranian regime; and, above all, using foreign policy as a means to project the US’s, and with it the president’s, world-shaping moral mission – or ‘shouldering the burden of global order’, as arch liberal interventionist Robert Kagan put it.

The Trump administration’s antagonism towards Iran captures well the degree to which Trump, for all his supposed audacity, has remained in thrall to the US foreign-policymaking establishment, throbbing as it is with the interventionist impulse. So, when withdrawing from the nuclear deal, Team Trump talked in language redolent of the liberal interventionism that had led the US into catastrophic wars in the Middle East and beyond. The Islamic Republic was cast as
the leading state sponsor of terrorism and accused of being ‘murderous’. All this was accompanied by the ominous, all-too-familiar mutterings of regime change emanating from secretary of state Mike Pompeo and hawkish national security adviser John Bolton. And so Trump’s US has seemed at points as close to a war with Iran as his predecessors’ administrations were to their respective wars in Iraq and Libya.

But even over Iran, the other, positive side of Trump can be glimpsed. So, for instance, in June last year, he called off a retaliatory strike on Iran for the shooting down of a US drone. And, much to the chagrin of his hawkish advisers, he then even spoke of wanting to open talks with, rather than open fire on, the Iranian regime.

Here and elsewhere, then, Trump’s foreign-policy instinct has partially enabled his administration to break the hold of the grandstanding interventionist establishment. This is Trump’s America First principle in practice. These are the points at which he has allowed foreign policymaking to be governed by pragmatic national interest rather than specious, dangerous ethical demands to do something. To intervene. To change regimes. It is in these moments – of rapprochement, of engagement, of sheer pragmatism – that Trump has lived up to the non-interventionist promise of his presidential platform, where he pledged to end the US’s endless wars.

And you can see this in his determination to get US troops out of Afghanistan after a two decades-long war, and broker a deal with the Taliban. You can see that in his as yet unsuccessful attempts to bring North Korea in from the cold, rather than cast it forever as a point on the axis of evil. And you could see that, above all, in his aversion to the type of self-aggrandising ‘moral’ intervention that drove George W Bush into Iraq, and Obama into Libya and Syria, cheered on throughout, it should be said, by his warmongering secretary of state, Hillary Clinton.

It is this instinctual non-interventionism that not only elevates Trump above those who came before, but above the politician who could have stood in his stead, namely Clinton herself. Although counterfactual speculation is not especially useful, if Clinton had won in 2016, you can bet your bottom dollar she would have pursued regime change in Damascus, consequently accelerating conflict with Russia, and further destabilising a region to which US foreign policy has already done so much harm. Given the proximity of Trump’s present rival Joe Biden to the decision-making of Obama and Clinton during the disastrous interventions in Libya and Syria, there is every reason to think a Biden administration would mark a return to the bad old days of liberal interventionism