Despite its overbearing liberalism, Aaron Sorkin’s new film is a cinematic triumph. 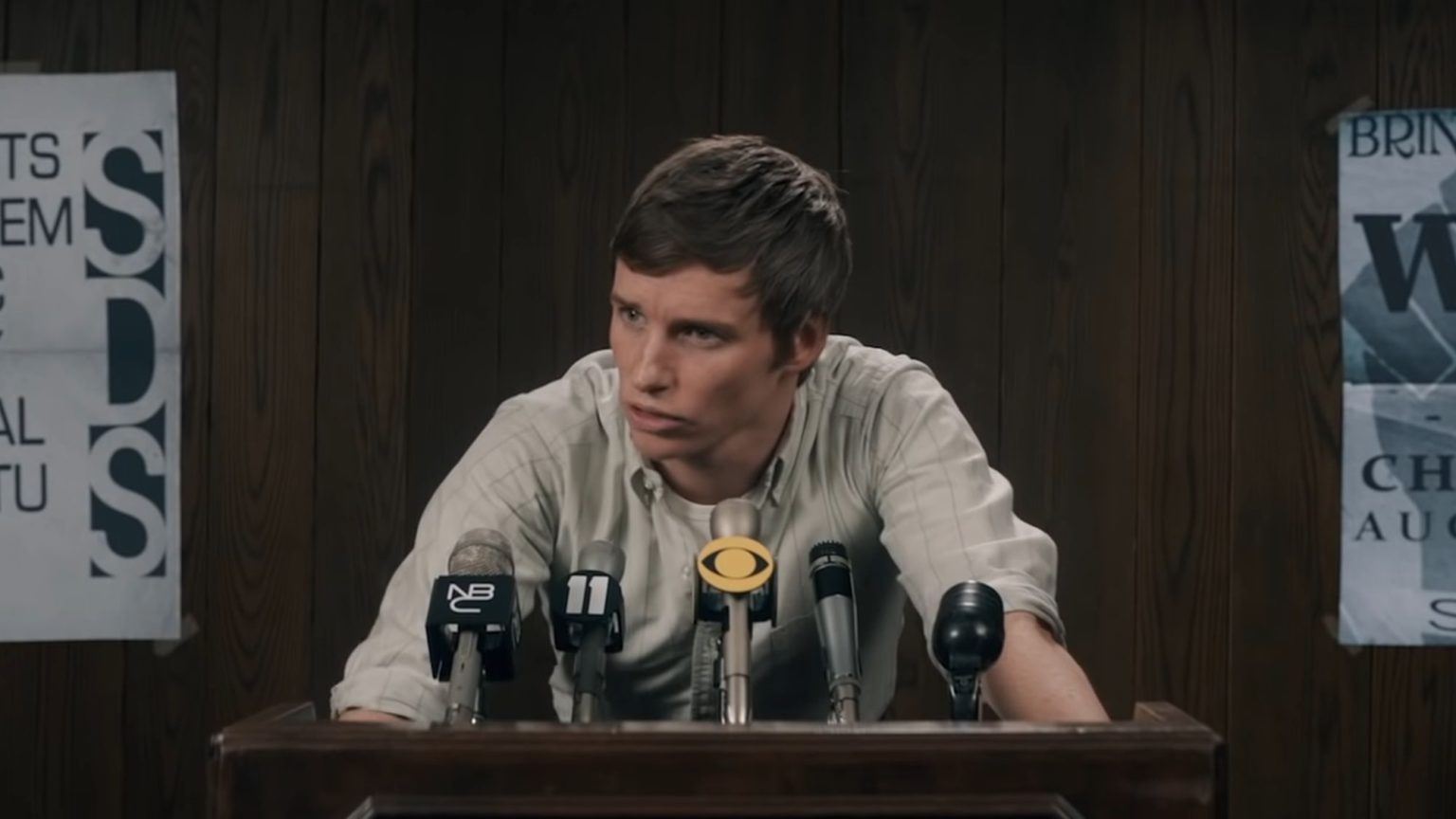 Aaron Sorkin’s new film as director and writer, The Trial of the Chicago 7, opens on Netflix on Friday. It concerns President Nixon’s 1969 showtrial of American radicals who had, the previous year, protested the Vietnam War. And it has divided opinion.

The Financial Times was certainly divided. The brilliant actors include Eddie Redmayne, as an intense and WASPy Tom Hayden (of Students for a Democratic Society), and Sacha Baron Cohen, as wacky Youth International Party leader Abbie Hoffman (of Steal This Book fame). They and their colleagues were, the FT opined, not so much cast as… hired by the tonne. But there was ‘a hole in the centre’ of the film: ‘Whenever the actors speak to principles, Sorkin – a genius at expressing the Machiavellian – can only find clichés.’

The Guardian was also divided. Its first review, by veteran critic Peter Bradshaw, said The Trial was ‘exasperatingly dull’ and ‘bloated with finger-waggingly self-important liberal patriotism’. It complained that the Black Panthers were ‘not really considered’, despite the fact that Panther Bobby Seale was originally part of the ‘Chicago Eight’ before the charges against him were dropped. The second review celebrated the film not just as ‘electrifying’, but also as ‘forcefully contemporary and relevant’. The most recent review congratulated the old TV series Sorkin created, The West Wing, for introducing ‘a candidate from an ethnic minority (played by Jimmy Smits), who was based on Obama’ – a move, it acknowledged, which actually happened after Sorkin had left the series.

I found it indeed electrifying. Not because of the protagonists’ politics, which at the time of the real-life trial were suffused by the ‘Bring Our Boys Back Home’ patriotism that characterised leftish Democrat opponents of the Vietnam War. It was a great movie despite Sorkin’s politics, which he injects into each of his works.

I couldn’t watch very much of The West Wing, not least because its indulgence of the Democrats moved well beyond carefully nuanced sympathy. I also thought that Sorkin’s The Social Network had its moments, but was not much cinematically. But here he redeems himself.

Yes, Sorkin has been given to finger-waggingly self-important liberal patriotism – after all, he works for Hollywood. But in The Trial, the use of old documentary B&W footage, intercut with contemporary acting, cannot do much else but show the armed might of the US state beating demonstrators to a pulp. It’s just a little rich for Peter Bradshaw, who writes for a newspaper that really is bloated with finger-waggingly self-important liberal patriotism, to complain about its presence here.

Of course, Michael Keaton is all ‘integrity’ as former attorney-general Ramsey Clark (Democrat), while John Doman, fab as his Republican successor John Mitchell, is an evil whisky-swilling ‘fascist’. Of course, Sorkin’s chief prosecutor, far from being the beast of real history, gets a liberal Hollywood ending. Of course, somebody says ‘Can you breathe?’ to the Black Panther leader and defendant Bobby Seale while he is trussed up and manacled in the court. Of course, Sorkin cannot resist inappropriate, ‘forcefully contemporary and relevant’ spins on 1969. But compared with his earlier work and other recent political dramas (most gravely, the Spielberg feminist-fest The Post), the creative crimes of The Trial’s overbearing political messaging are incidental misdemeanours.

The Trial of the Chicago 7 has a great story. The scenes of confrontation between police and demonstrators, done with pounding but affecting music, tear into you. Maybe Peter Bradshaw missed them, but there is a towering performance by Yahya Abdul-Mateen II as Bobby Seale, and a moving one by Kelvin Harrison Jr as Black Panther leader Fred Hampton. Maybe also he missed the documentary footage and the dialogue about Hampton’s assassination in his bed by the forces of the US state.

At one point Abbie Hoffman, despite all his hippie excesses, calmly bats off a gambit by his accusers. In this instance, he tells them, he has delayed his reply at the witness stand while he ponders the legal implications of his thoughts – his ideas – being crimes.

Does a scene like that confirm how Sorkin ‘can only find clichés’ when dealing with matters of principle? Or is the freedom to think what one thinks just a cliché for the world-weary FT? Baron Cohen’s savvy riposte to his prosecutor was delivered with brio – because it conveyed, at an unexpected moment and in a funny manner, an eternal truth.

Though it’s lightly limited by its politics, Sorkin’s The Trial of the Chicago 7 is a formidable piece of cinema.

Watch the trailer for The Trial of the Chicago 7: