The PM’s pledge to preserve 30 per cent of land for nature will make the housing crisis even worse. 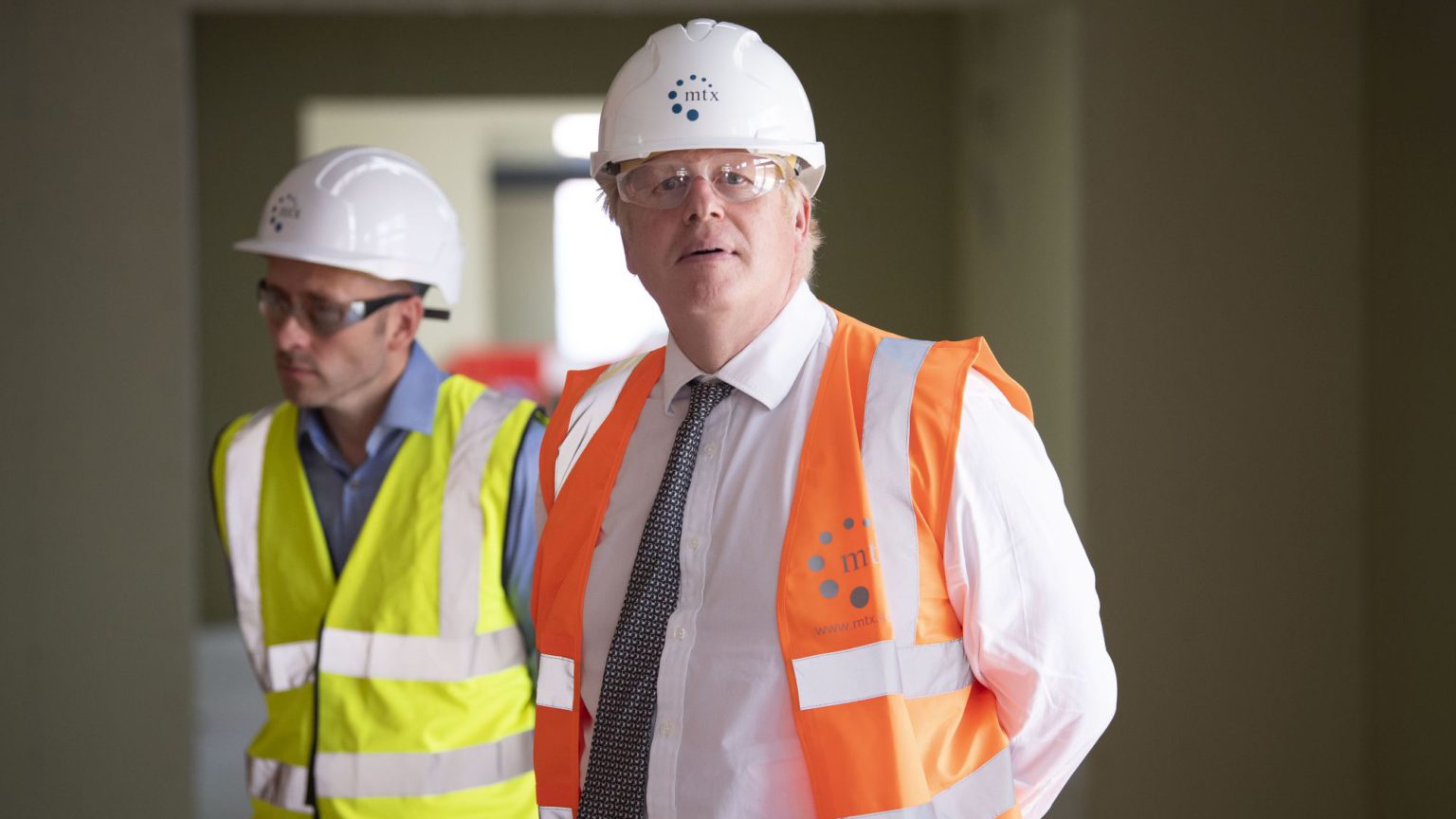 Back in June, Boris Johnson promised to ‘build, build, build’ to help the UK to recover from the impact of Covid-19. He compared his plans with FDR’s New Deal and announced that a National Infrastructure Strategy would be launched in the Autumn. In August, reform of the planning framework was proposed in the Planning for the Future White Paper, with the ostensible aim of speeding up new construction projects. Certainly, the UK needs to get building. The state of our infrastructure is dire. And while the housing stock grew by 241,000 last year, the National Housing Federation estimates that we need 340,000 new homes to be built every year over the next decade to meet current demand.

So what are we to make, then, of the PM’s ‘30×30’ pledge? Johnson has promised to increase the percentage of land that is to be protected ‘for the recovery of nature’ from 26 per cent to 30 per cent of all UK land by 2030. Campaigners have long warned about a global decline in biodiversity. The solution advocated, in the UK at least, seeks to extend the green belt and national parks by about 400,000 acres – an area roughly the size of the South Downs national park. It also draws on the fashionable notion of rewilding.

The pledge actually fits well with the new proposed planning framework under which land across England would be divided into three categories – land for growth, land for renewal or land for protection. New homes, hospitals, schools, shops and offices would be allowed automatically in ‘growth’ areas. In ‘renewal’ zones – largely urban and brownfield sites – proposals would be given ‘permission in principle’, subject to basic checks. The green belt and areas of outstanding natural beauty would be protected. It is this last category that the PM proposed to expand this week.

The key problem with Johnson’s proposal is that it cements the notion that development is going too far and is encroaching on nature that should supposedly be left ‘wild’. Contrary to popular belief, the UK is not overdeveloped in the slightest.

There are various ways of classifying the extent of development in the UK. One classification is ‘continuous urban fabric’ (CUF), applied to areas where 80 to 100 per cent of the land surface is built on. Up to 20 per cent might be gardens or small parks, but the vast majority is built on. The City of London is the local authority with the highest proportion of CUF in the country, with 98 per cent. Overall, however, only 0.1 per cent of UK land is classified this way. Even when using a ‘discontinuous urban fabric’ (DUF) definition, which assumes that 50 to 80 per cent of the land surface is built on, then the total area of developed land in the UK amounts to 5.9 per cent. A further 2.5 per cent is what is sometimes called ‘green urban’ – parks and gardens, golf courses and sports pitches. Added together, then, a maximum of around 8.4 per cent of the UK can be said to be urban. The idea that Britain is suffering from too much development, while it may appear to be common sense to many of us living in urban environments, is simply not true. Certainly, this low level of development does not justify the idea that 30 per cent of land needs protecting from human invasion.

Outside of urban areas, 13 per cent of land in England and Scotland is classified as green-belt land, on which development is already restricted. This land encircles the major urban centres of the UK, preventing the outward growth of cities. This means that the only way for them to develop is through a more intensive use of the land within the city limits.

The purpose of the green belt – to stop the spread of the city environment into the countryside – has been successful in a narrow sense. But the consequence is that it has turned our cities into concrete deserts, with decreasing amounts of green space (presumably harming biodiversity). This is presumably why so many of us assume development is getting out of control.

The 30×30 pledge will protect and add to the existing green belt, raising one of the most significant barriers to development. Meanwhile, the government’s new planning framework will potentially encourage further intensification of land that is already in urban use. Contrary to Johnson’s environmentalist noises, this is bad news for those of us who value green spaces and parks.

Not everyone wants to live in a flat in the city centre or in the remote countryside. Suburbs of cities have the benefits of connectedness, but also the pleasures of gardens and green space. It is no surprise that outside of the most expensive postcodes of London, the priciest places to buy a home are nearly all in the home counties.

If we want to meet people’s housing aspirations, instead of encouraging development in areas that are far away from the major cities, we should plan for the spread of the suburbs beyond their current confines. The Adam Smith Institute has argued, for example, that if a half-mile-wide strip was to be shaved off the London green belt, 800,000 new homes could be built. More radically, we should think about scrapping the whole distinction between green belt and non-green belt land and allow homes to be built where people want to live.

What about the damage to the environment and to biodiversity that such a building programme would allegedly lead to? To a certain extent, the biodiversity problem in the UK has been overstated. While 41 per cent of all species have gone into decline since the 1970s, 26 per cent of species have increased their numbers.

There are plenty of reasons to value biodiversity, ranging from the environmental benefits to the fact that people often enjoy and value a biologically rich and diverse environment. And there is no reason to think that allowing the spread of the suburbs would inevitably lead to a further decline in biodiversity. Indeed, well-planned development would protect biodiversity by planning for green spaces. The concreting over of cities and their existing green spaces is likely harming biodiversity more than well-planned suburban development. Planning for how to better use the UK’s rural and marine environment, while building the homes people need, can further address this issue.

Besides, the idea that the ‘protected land’ of the UK is an untamed wilderness is untrue. It is simply subject to different forms of land management to the land in our cities. If we wish to increase biodiversity further, we can decide how and when to manage this rural land differently. Ultimately, however, concerns about biodiversity should not override our housing needs.

A less restrictive approach that allows more people to live in the places that they would like, in closer proximity to existing urban environments, with plenty of green spaces for them to enjoy, would benefit both humans and the environment much more than plans to block off large parts of the countryside with ‘keep out’ notices.