For too long, successive governments have made non-degree holders feel like second-class citizens. 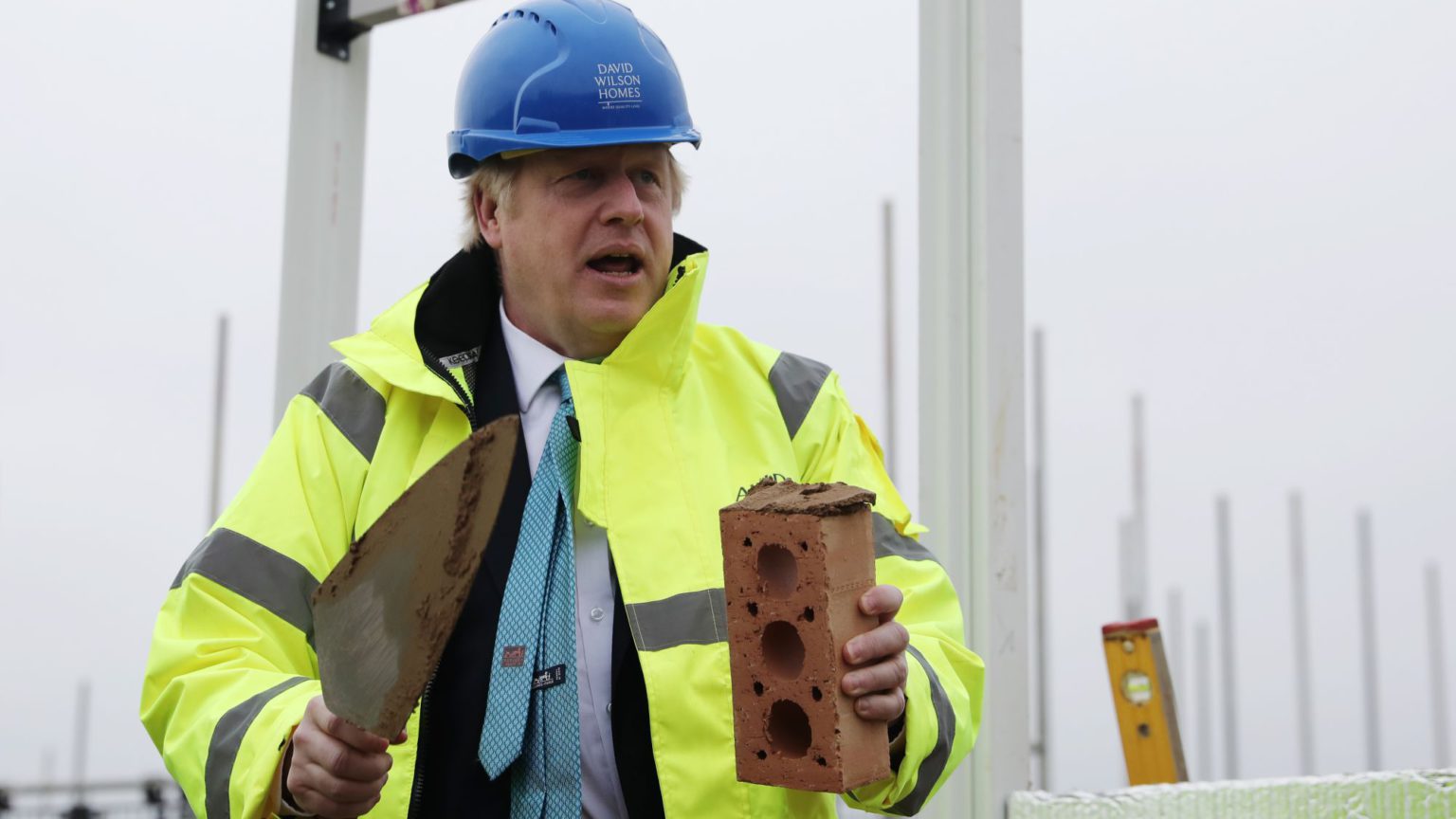 Anyone concerned with the place of the working class in Britain’s post-Covid economy should look a little deeper at prime minister Boris Johnson’s new plans for tackling the shortage of skilled blue-collar workers.

In a speech delivered at Exeter College in Devon, Boris Johnson launched the government’s ‘Lifetime Skills Guarantee’, with the promise of ‘transforming the foundations of the skills system so everyone has the chance to train and retrain’.

The measures include a substantial investment in further-education colleges; an expansion of apprenticeships; free technical courses (equivalent to A-levels) for adults looking to retrain; digital ‘boot camps’ for those seeking to become more IT literate; an expansion of the student-loan system to cover technical qualifications, not just academic degrees; and universal entitlement to a loan to cover four years of post-18 education.

‘We need those practical skills collectively, as a society and as an economy, more than ever’, Johnson said. ‘This combination of reforms will tackle the fundamental problems in our economy of productivity and growth.’

On the face of it, the government’s plans provide a welcome focus on technical and vocational education. As Johnson noted in his speech, the shortcomings of the labour market have been made apparent by the Covid-19 pandemic. During the lockdown, Britons became acutely aware of their reliance on ‘key workers’. At its height, the weekly ‘Clap for the NHS’ was not only directed at nurses and carers, but also postmen, refuse collectors and delivery drivers.

By focusing on the trades, Johnson’s announcement represents a significant u-turn on 25 years of educational policy from successive governments. This policy, in the main, was aimed at getting the majority of school leavers into universities.

As Johnson put it, ‘We seem on the one hand to have too few of the right skills for the jobs our economy creates, and on the other hand too many graduates with degrees which don’t get them the jobs that they want’.

This situation is hardly a surprise. For years, school leavers have been bombarded with the message that a failure to obtain a university education will lock them out of a decent career. This means that, every year, the roughly 50 per cent of young people who do not set out to become graduates are made to feel like second-class citizens.

Meanwhile, the dramatic growth in undergraduate numbers has had a deleterious effect on universities’ academic standards, while provoking an unsustainable mushrooming of the student-debt industry.

Yet the direction of travel signalled by Johnson gives cause for concern. ‘Now is the time to fix a problem that has plagued this country for decades’, he said. ‘The pointless, snooty and frankly vacuous distinction between the practical and the academic… everything is ultimately a skill.’

The distinction between the practical and the academic is not vacuous. It is important, despite decades of educational cant that has put skills above knowledge in preparing young people for the world.

The academic and the practical are not the same thing. An academic education should be available to all. The point of formal education is to enable children to taste, in a structured and disciplined way, the breadth and depth of culture and its different ways of making sense of the world. The hope is that such an exposure to human culture will open up new interests for them, so that at least something of all subjects, even those for which they may have shown little enthusiasm, nevertheless stays with them forever.

The truth is that a bookish, academic approach to the world doesn’t suit everybody, for a variety of reasons. Some prefer to work predominantly with their hands, and this is a legitimate calling after their years of formal schooling are over.

The difference between the academic and the practical is not a ‘pointless, nonsensical gulf’, as Johnson would have it. Rather, it is a crucial border that in particular preserves the dignity and value of practical, manual work.

In his recent book, Head, Hand, Heart, David Goodhart argues that there is a growing tendency to devalue physical labour, in favour of the mental reasoning of the knowledge economy. He writes: ‘One form of human aptitude – cognitive-analytical ability, the talent that helps people to pass exams and then handle information efficiently in their professional lives – has become the gold standard of human esteem.’

Goodhart claims that the ‘brightest and the best’ in today’s culture trump the ‘decent and hardworking’. ‘Qualities such as character, integrity, experience, common sense, courage and willingness to toil are by no means irrelevant, but they command relatively less respect.’

These qualities, learned on the job through doing and through watching and copying an established master, are what matter most in the kind of grassroots jobs that keep the country running. They are what is required for the development of practical judgement. They can’t be acquired through a book.

That is not to say that technical and theoretical training do not have a place. But to focus on them risks neglecting the more important place of expertise, nous and practical know-how acquired through experience.

The way to value the trades is not to make them more academic, but to recognise that their worth lies in things that cannot easily be passed on in a classroom or captured through exams.

If Johnson is serious about raising the status of blue-collar work, enabling workers to change career, and shifting numbers of young people from academia to the trades, then he should give precedence to the things that are currently least valued by the university-educated, technocratic elites – namely, the non-accredited, non-academic expertise and experience of ordinary working people.

It is not more re-training and exams that will save the economy in the wake of the pandemic. It is trusting people to go about their work freely in the way they know best.