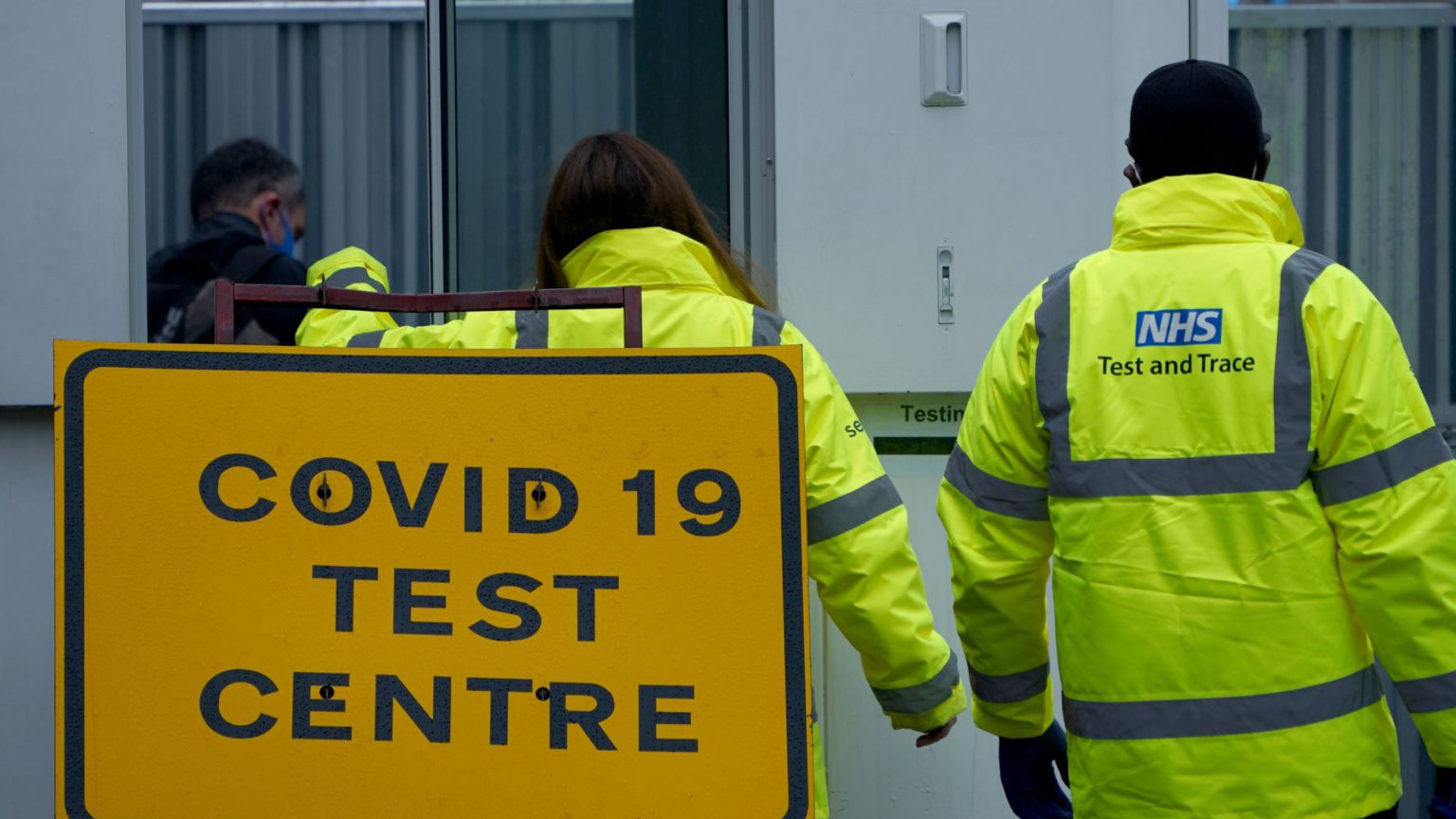 Oh dear. Despite the much-trumpeted scrapping of Public Health England, it seems that PHE’s capacity for cock-ups lives on. Over the weekend, PHE announced: ‘After rapid investigation, we have identified that 15,841 cases between 25 September and 2 October were not included in the reported daily Covid-19 cases. The majority of these cases occurred in most recent days.’ Facepalms all round.

While the people who had positive tests were correctly informed, the data wasn’t transferred to the central, ahem, Excel spreadsheet. That’s right – our multibillion-pound test-and-trace system was apparently anchored to a spreadsheet rather than a proper database. At some point, that spreadsheet reached its capacity and the additional data were no longer saved. The save-the-day solution was to break up one spreadsheet into multiple spreadsheets. Who is consulting on the IT – Elastoplast?

This cock-up matters for two reasons. First, the test-and-trace teams were left unaware that the people who had tested positive needed to be contacted. So some people have not been asked for the details of the people they may have been in contact with, and people who might have been infected won’t have been told to self-isolate.

Second, our assessment of the spread of the virus has been skewed. Over the past few days, there were signs that the rise in cases had slowed down. Now it turns out the figures were misleading. For example, as the BBC’s Lewis Goodall has noted, on 30 September we previously thought there were 7,108 new cases. In fact, the total was 10,157. Similarly, we now know that on 1 October the total was 11,057, not 6,914, and on 2 October it was 11,754, not 6,968.

However, we need to be careful not to overstate the importance of these revisions. The daily case data have long been questionable due to delays in reporting as well as the difficulties posed by assessing the numbers in the context of evermore reporting. There is also the issue of what it means to have a positive test result. Many people who test positive don’t have symptoms and never develop them. Is someone with no symptoms really, in practical terms, a ‘case’? Are they at high risk of spreading the disease? Are they even infected, or are they ‘false positives’?

Moreover, PHE has a history of Covid cock-ups. In particular, it became apparent during the summer that people in England were being counted as deaths from Covid-19 even if there were months between a positive test or diagnosis and their date of death. In other words, people were counted as having died of Covid-19 even though they didn’t actually die from that disease. The procedure for counting deaths was then swiftly brought into line with the rest of the UK, where there has always been a cut-off of 28 days from diagnosis to death. That solution isn’t perfect either, but it’s better than the gross overcounting that had been going on.

So should we be even more alarmed about the situation surrounding the virus? One note of relative reassurance is that other sources of data have shown a decline in the rate at which the virus appears to be spreading. One is the ONS Infection Survey, which randomly samples the population. The proportion of the population thought to be infected in the last report was 0.21 per cent, up from 0.19 per cent the week before and 0.11 per cent the week before that. However, it’s a sample, so there are big error bars around those numbers.

Another source is the Covid-19 Symptom Study app, a project led by King’s College London. Millions of people have been using the app to report their health since late March and the data are used to model the prevalence of the virus. Again, this is not perfect, since it mostly tries to use an algorithm to guess what proportion of the population has the virus at any one time. Nonetheless, after a few weeks of sharp rises, the latest update suggests that ‘the situation is slowing down’.

The appropriate response to the latest PHE fiasco, then, is one of despair at the failing of our health administrators. But we shouldn’t panic about the possibility of a huge and deadly ‘second wave’. Instead, we need to take simple and sensible precautions to reduce the risk to ourselves and those around us from getting the disease. We shouldn’t allow these increased figures to be used to bounce us into yet more excessive regulation of our lives.