We need a ‘youthquake’ against these Covid measures

From police patrols at university to a collapse in bar jobs, the young are suffering badly in this hysteria. 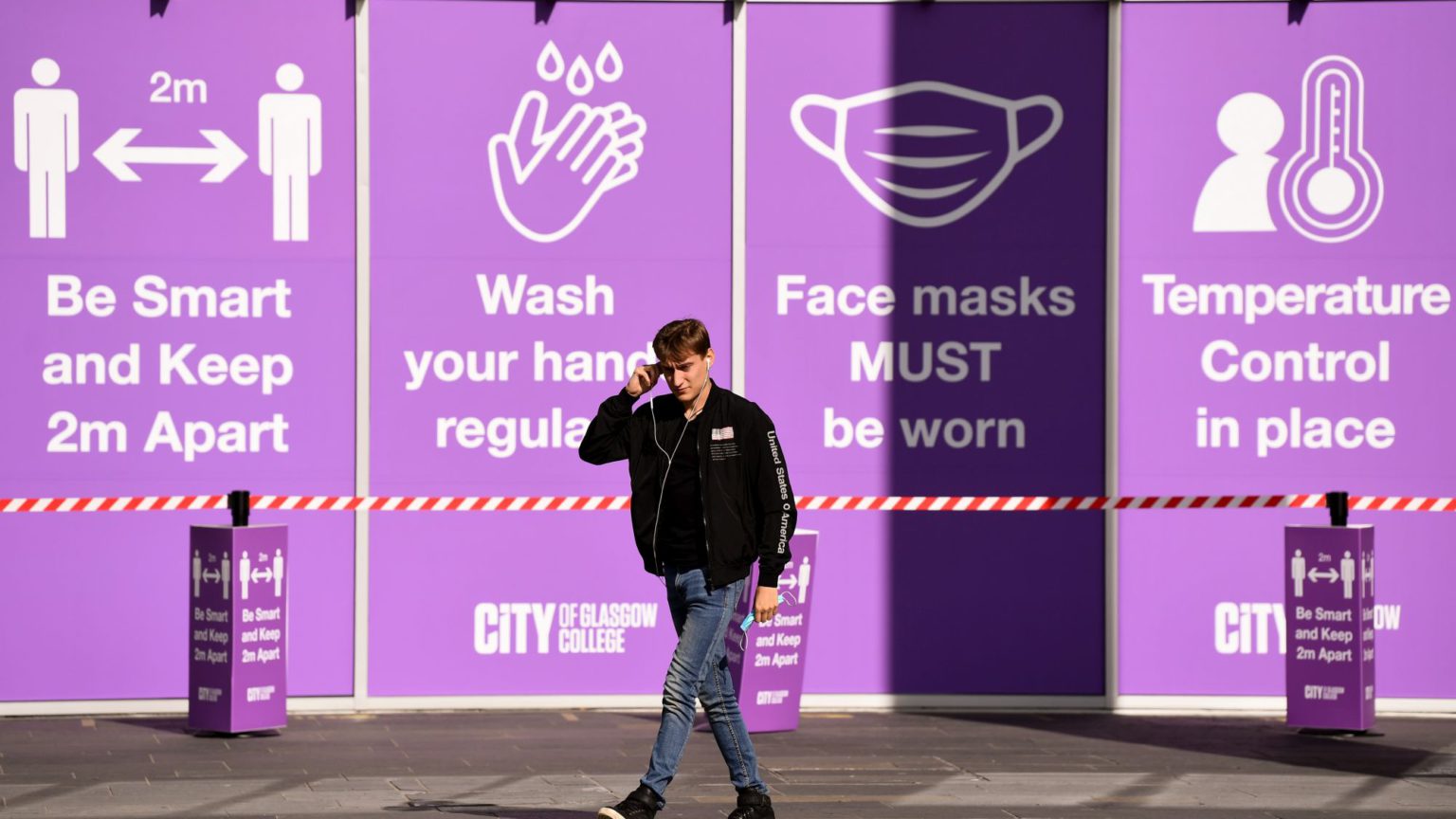 Has there ever been a worse time to go to university? Not content with forcing students into arbitrary social bubbles, banning all social events, and fining anyone who dares to go on a pub crawl, British universities are now reportedly paying local police forces to patrol student neighbourhoods and break up anything even resembling a party.

Given the much-celebrated role of universities in fostering independence and building ‘life skills’, this Covidisation of campus life is a clear betrayal of everything higher education should stand for. And one that should leave students under no illusion as to how their vice-chancellors see them: as feral super-spreaders whose basic liberties need curbing for their own good.

But as depressing as campus patrols and ‘voluntary lockdowns’ might be, they’re hardly out of line with what many young people will have inevitably come to expect – at least from a government that seemingly thinks nothing of curbing their freedoms in order to pursue its fanciful strategy of eliminating the coronavirus altogether.

Of course, the problem doesn’t stop at universities. Who doesn’t feel sorry for the hundreds of thousands of couples – most in their 20s and 30s – who have been forced to cancel their dream weddings, perhaps even more than once, as Britain’s lockdown was extended for months at end? Even now, weddings remain strictly capped at 15 attendees – a limit reimposed, with just six days’ warning, by Boris Johnson this week – with venues expected to act as uncompromising overseers for Whitehall’s social-distancing diktats.

What about those graduates and younger workers having to rethink their hard-fought career plans – maybe after job offers were cancelled altogether? The Musicians’ Union says that one third of its members are thinking about packing in their jobs entirely. Better that, they figure, than deal with a future where any slight uptick in cases can mean concert halls being shut down overnight. Who can blame them?

But where else to go? Younger people have traditionally relied on hospitality – which employs one-third of all workers under 25 – to keep a roof above their head. But that hasn’t stopped the government repeatedly hammering the industry at every opportunity – even as the British Beer and Pubs Association warns that nonsensical curfews could put thousands of jobs at risk. Given how seriously the government used to take youth unemployment, it’s a baffling strategy.

Yes, I know: it isn’t just younger people who suffer under this neverending ‘lockdown lite’ (who could forget the cruel restrictions around visits to care homes?). But I’d still challenge anyone to argue that under-30s aren’t getting a seriously raw deal here: having to put their lives – and livelihoods – on hold, potentially indefinitely, for a virus that hardly affects them.

But who will speak up for the right to enjoy a normal – and police-free – university experience? Certainly not the institutions themselves, which seem content to go along with the government’s incessant micro-management. After all, challenging the restrictions would mean addressing the organising principle at the heart of government that abstract notions of public health must trump fundamental civil liberties.

That’s the sacred cow here. And despite what Boris Johnson and Dominic Cummings might think, it’s an argument that has shifted drastically since March. Back then, the proponents of criminalising basic freedoms had uncertainty on their side: we must take drastic action, they argued, until we know exactly what we’re dealing with. But that doesn’t apply now. And the more we understand about the virus, the harder it becomes to justify the harsh restrictions placed on the young and healthy.

Pressed to justify the criminalisation of freshers’ week, my guess is that the lockdown fanatics would fall back on what has always been their weakest card: the idea that people are too irresponsible not to be locked down. As if they seriously believe that harsh sanctions are all that will stop students from throwing their own Covid mega-party with giant spin-the-bottle and ‘laughing gas’ ventilators.

The fact that university is meant to be the point at which many teenagers learn to make life decisions holds no water with these misanthropic pessimists. In fact, rather than a case for restoring freedom, it would probably be seen as the opposite. Rather than let young adults learn to be responsible, we must force them to be responsible. How terribly progressive of them.

If nothing else, the horrors of freshers’ week will at least prepare beleaguered students for the so-called ‘New Normal’: a world where even the most basic liberties must be pitted against tenuous coronavirus indicators, and where the heavy hand of government hovers constantly above the dial to wind freedom back a notch.

When you put yourself in the shoes of a 21-year-old, you can see just how bleak the picture is. Let’s not forget that casual sex is actually illegal in Britain. As are music festivals and house parties. And nor is it just decadent options that are off the table. Good luck to graduates with finding a decent internship when the whole of London is working from home. The deck is increasingly stacked against them.

In weighing up the whole depressing situation, I’m reminded of the great Corbynite hope of the ‘Youthquake’ – the long-awaited tide of angry first-time voters that would supposedly propel Labour to victory. If there was ever time for a Youthquake, surely it’s now. And I hope for their sake we get one.