The hatred for Rowling has crossed the line from crazy to neo-fascistic. 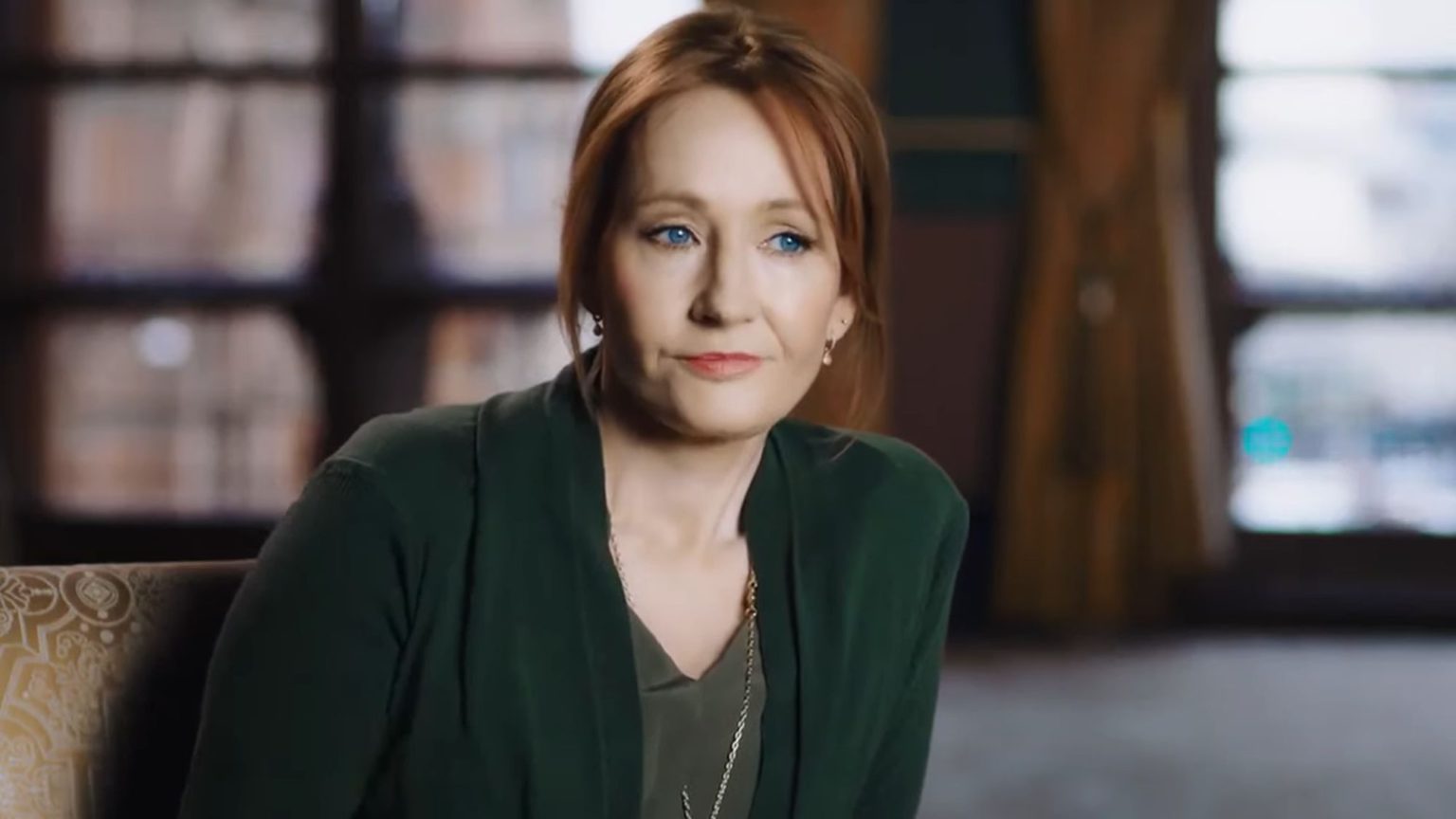 So it turns out that Jedward, with their quiffed Aryan hair and strangely intense mannerisms, don’t only look like a couple of members of Hitler Youth who’ve been on a shopping spree at TK Maxx. They sound like it too. Yesterday, ever keen to jump on a bandwagon, even if it’s a bandwagon of misogynistic hate, the Shining twins of Irish pop suggested to their Twitter followers that they should burn JK Rowling’s next novel when it is published. ‘Does anyone need firewood this winter!’, they tweeted. ‘JK’s new book is perfect to burn next to a Romantic fire. Aww get all cozy and comfy can’t wait.’

Let’s leave to one side the industrial levels of gall it must require for two blokes who don’t know the difference between an exclamation mark and a question mark to have a pop at the most successful British author of all time. The more striking thing about Jedward’s tweet is that it suggests book-burning is back. Their tween-fascist cry for the burning of Rowling’s forthcoming novel was retweeted and liked thousands of times, by armies of so-called trans allies who now look upon Rowling as a real-life Voldemort: a despicable, evil figure whose works should be tossed on to raging bonfires as the woke mob yelps with delight.

The hatred for JK Rowling is out of control. It goes far beyond the everyday attempted cancellations and screeching Twittermob assaults on anyone who dares to deviate from the correct-think of the PC elites. The hatred for Rowling is far more raw, far more intense, far more irrational.

Her intellectual sin, her speechcrime, is of course that she believes in biological sex. She thinks there are differences between men and women. She thinks biological males should bugger off out of women’s changing rooms, sporting tournaments, prisons, rape-crisis centres, and so on. Many of us agree with her. And for this, she is frequently bombarded with rape threats and death threats. ‘Suck my cock!’, sexist pigs tweet at her. They invite her to die in a fire. They send her explicit pornography. This week #RIPJKRowling trended on Twitter. These people are insane. When your ‘activism’ involves tirelessly insulting and sexually harassing a woman for having a thought that is different to your own, you need to have a serious word with yourself.

The deranged Rowling hate intensified this week after it was reported that her next Strike novel – the detective series she writes under the name Robert Galbraith – will involve a backstory about a man who dresses as a woman and then goes around murdering women. ‘Transphobia!’, the woke Twitterati predictably yelled. Not for the first time the sexist fury with Rowling for having the temerity to be a woman who thinks for herself was in large part inflamed by Pink News, the online gay magazine that has done more than most to depict women who are sceptical of certain aspects of transgenderism as ‘TERFs’ – that is, witches, bitches, uppity broads who really ought to do what the editors at Pink News tell them to.

The blinkered philistinism of the anti-Rowling mob is confirmed in the fact that none of them has read her new Strike novel. It isn’t even published yet. But when did censorious mobs ever stop to read or observe or properly think about the book or painting or movie that they want to boycott or burn? Mobs are not known for reasoned engagement. Nor do they have any respect for the right of writers and artists to depict whatever they want. So just as National Socialists sought to erase degenerate art, and Mary Whitehouse types wanted to ban rude plays, so the anti-Rowling mob fantasises about setting fire to a novel they haven’t read because it’s by a woman they irrationally loathe.

Why is the hatred for Rowling so heated, so unstable? It strikes me that there are two reasons. First, the very uncancellable nature of Rowling infuriates these mobs who are so used to extracting mea culpas from every public figure they set upon. Rowling is too big, too established, too global to be easily slain by the PC speechpolice. Her refusal to abandon her beliefs and opinions on sex and gender drives these self-styled moral guardians insane because it reminds them of the limitations to their censorious power. Rowling’s resoluteness is a beacon to everyone else, too, reminding people that even in this darkly censorious era you can cling to your principles. And that is intolerable to PC mobs who want nothing less than unflinching, society-wide conformity to their political and moral dogmas.

And secondly, Rowling’s rejection of the idea that people can self-identify as whatever sex they like represents a challenge to the entire church of identitarianism. It might be an unwitting challenge – I’m sure Rowling is not completely against the politics of identity – but it’s a challenge nonetheless. Scepticism of transgenderism calls into question not only the right of men to be legally recognised as women and to access women’s spaces, but also the cultures of narcissism, therapeutic validation and conformism that are the building blocks of the identitarian outlook. It casts doubt on the 21st-century belief that an individual’s identity is sacrosanct and that society and all of its inhabitants have a duty to validate and bow down to that identity.

In bristling against the mad idea that people with penises can literally be women, Rowling implicitly calls into question the hyper-individualism and extreme self-regard of identity politics and helps to reintroduce into the discussion those small matters of collective reason and objective reality – in this case, the fact that society, and biology, have an understanding of sex and gender that you cannot just write off as ‘transphobia’.

This is why they hate her. This is why they hate TERFs. These questioning women are the flies in the ointment of the identitarian worldview. Rowling’s insistence that we think about women’s rights, biological reality and objective reason when discussing transgenderism represents a body blow to the irrationalism of identity politics more broadly. ‘Burn her books!’ they cry, because they know this witch threatens to upend their religion.