The revenge of the Remainers

This week's hysteria over the Internal Market Bill confirms that Remainerism is still a threat. 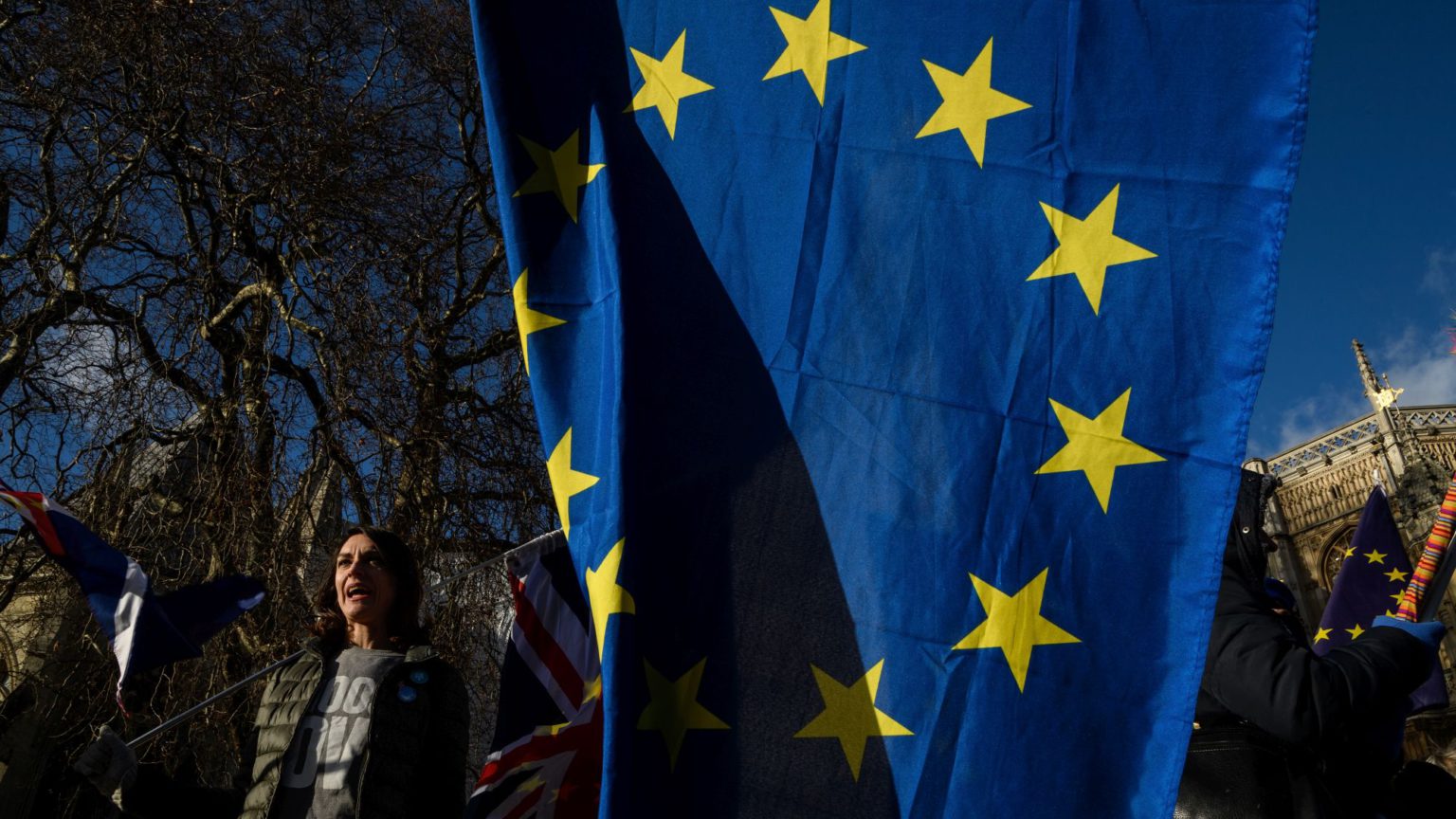 They’re back. Just when you thought it was safe to get back to democratic politics, here come the Remoaners again. With their fury, their rage, their hyperbole (Britain is a ‘rogue state’ now, apparently), and their insistence that the will of the people counts for nothing in the face of EU strictures or international treaties. Make no mistake: this week’s hotheaded controversy over the government’s Internal Market Bill might look like a discussion about the ins and outs of international law, but in reality it is the last gasp of Remoanerism, another attempted coup by the pro-EU elites against the sovereignty of the UK, its parliament and its people.

As soon as the government announced that it wanted to take back control of the Withdrawal Agreement, a legally binding international treaty, as the media reminds us every three seconds, the Remainer elites kicked back into action. The government’s Internal Market Bill would allow ministers to override aspects of the Withdrawal Agreement, in particular in relation to the Northern Ireland Protocol. This attempt to override a binding treaty is a disgraceful, shameful, reputation-destroying assault on international law, Remainers cried. This insane government is now ‘prepared to break its own and international laws’, said Alastair Campbell, causing 100,000 Iraqis to sigh in their graves.

Let’s leave to one side the staggering hypocrisy of people who launched illegal wars or who turned a blind eye on the numerous occasions when powerful EU member states breached EU treaties now bursting a blood vessel over the British government’s measured, perfectly democratic effort to temper a treaty. The more pressing question here is one of principle. What should take precedence in a democratic nation state: international law or the will of the democratically elected government? To those of us who believe in democracy, the answer is clear: the democratic will trumps international treaties every time. To the anti-democrats of the Remainer elite, however, the opposite is the case: they believe democracy can legitimately be constrained by treaties drawn up overseas, in the same way Papal edicts once sought to tie the hands of local rulers.

But we signed up to the Withdrawal Agreement, they say. Boris himself was enthusiastic about it, even calling it ‘oven-ready’, they never tire of reminding us. This is true, and those of us who believe that the Withdrawal Agreement and Political Declaration contain intolerable restraints on the exercise of sovereign decision-making in the UK think it was a mistake for them to do so. But for a government to be bound in perpetuity by an international treaty, or even by the decisions of the elected government that preceded it, runs entirely counter to the spirit and principle of democracy. A nation that must adhere to treaties that it cannot democratically change or reject is not a free nation.

What the government is doing is normal, good and democratic. It is seeking to pass through the democratic chamber a bill that would allow it to change some of its commitments to an international treaty. The Northern Ireland secretary Brandon Lewis didn’t help matters when he said the new bill would break the law but only in a ‘specific and limited way’. This was a red rag to members of the Remainer elite desperate to depict Britain as a rogue nation ripping up the rules-based international order. What he should have said is that in a democratic nation the elected parliament is sovereign, and that vast numbers of people in our history fought and died to make this so. That might have shut them up (but probably not).

Indeed, in a brilliant and ironic twist, the attorney general, Suella Braverman, cited Remainers themselves when she published her advice on the acceptability of the Internal Market Bill. She reminded the government’s critics that international treaties only become binding when they are passed into UK law by ‘parliament and parliament alone’. As established, Braverman pointed out, in the so-called Gina Miller Supreme Court case in 2017, when arch-Remainer Miller went to court to insist that only MPs, and not the government, should have the right to trigger Article 50 and start the process of Britain exiting the EU. ‘Parliament is sovereign!’, was the cry of Remainers back then; funnily enough, it isn’t anymore.

This shift among Remainers from insisting that parliament is sovereign to now losing the plot over the government’s attempt to establish parliamentary sovereignty in relation to an international treaty is very striking indeed. It reveals the deeply anti-democratic ideology that motors the Remainer sections of the elite. In the post-referendum period they insisted that parliament was sovereign only because it was a Remainer Parliament and they hoped that it would stand up to the will of the people, which so repulsed them. Now they implicitly question the idea that parliament is sovereign because they prefer the binding sovereignty of an international treaty that compels the UK to accept certain EU rules even following the end of the transition period.

Now we can see, crystally clear, what motivates the Remainer elites: not democracy, not parliamentary sovereignty, but a singular preference for any machination possible that will weaken the people’s call for Britain to leave the EU. In 2017 they thought the Remainer Parliament would do that job. At other times they hoped the Supreme Court would do it. Then they thought sheer force of numbers would do it: if we get enough middle-class Remainers on to People’s Vote marches, surely the government will halt Brexit, they said, not realising how much that made them sound like a literal mob. And now they hope that appeals to the ‘rules-based order’ will help them achieve their goal: preventing or weakening the enactment of the largest democratic vote in UK history.

This has been a very important week in UK politics. It has reminded us that the elite’s distaste for democracy has not gone away. It confirms that Remainerism is still a threat to our democratic way of life. And it shows that for all the cynicism and bad deal-making of the EU elites in Brussels, the greatest menace to British democracy comes from within Britain itself – from armies of lawyers, from the business world, from sections of the political class who still don’t accept the result of the 2016 referendum, and from that keenest enemy of democracy, the House of Lords, reported to be determined to hold up the Internal Market Bill.

Leaving the EU is only the beginning of breathing life back into democracy in the UK; tackling these anti-democratic elements at home will be the more important, larger task in the years ahead.