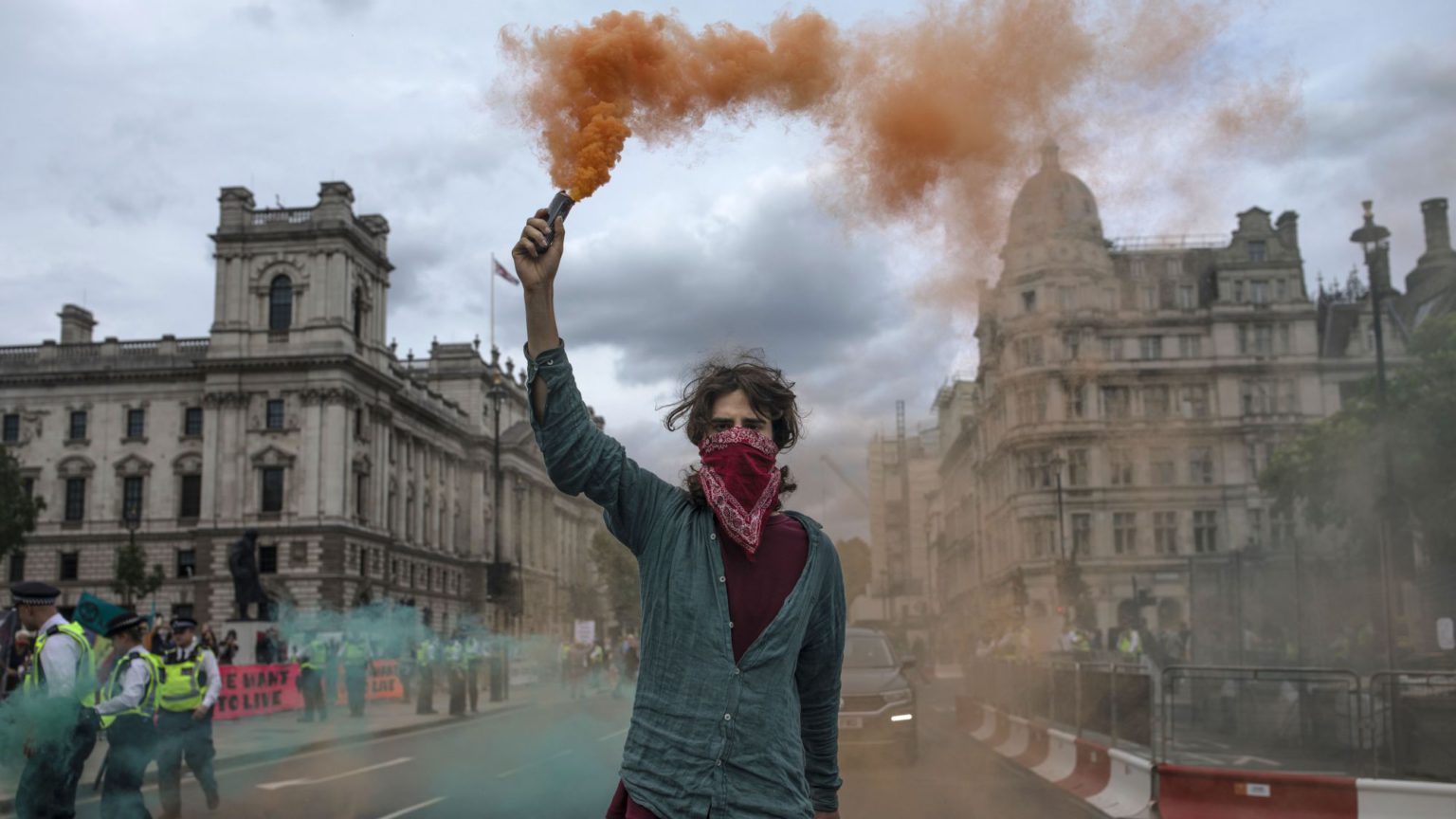 Like Black Lives Matter, Extinction Rebellion supporters have been described as far-left and even Marxist by some of their critics. For opponents from the right, XR is a revolutionary movement hoping to upend the modern world. Some suggest the more radical end of environmentalism is not really about climate change at all, but rather is a vehicle for a broader political vision.

No doubt, many so-called ‘rebels’ believe they are, in fact, part of a revolutionary project that is changing society for the better. In the UK, we’ve all seen their weird banners, bizarre costumes, poorly thought-out stunts and huge demands. Some surely do see themselves as left-wing radicals. Certainly, some have unorthodox ideas – but Marxists? I’m not so sure.

Let’s look at what they want. The degree of attention given to the UK and other Western nations by supporters and critics of XR and other environmentalist movements misses a key point.

First of all, their project would essentially necessitate the perpetual impoverishment of the world’s poor – which is hardly a left-wing or Marxist aim. While XR types focus their actions on the policies of Western states, hundreds of millions, if not billions, of people would have their lives and livelihoods worsened by such transformations as the abandonment of fossil fuels.

Take poverty as an example. Enormous progress has been made in this area in recent decades. In the 25 years up to 2018, over a billion people came out of absolute poverty – a number greater than the entire population still living in absolute poverty today. 2015 saw the lowest rate of absolute poverty worldwide since records began. Between 2013 and 2015 alone, the number of people living on less than $1.90 per day fell by 68million.

This progress is truly remarkable. Though it has not been clearly noticeable in the West, it is in many ways the result of a re-enactment of Europe’s industrial revolutions of the 19th century. In this sense, it has given new life to the words of Karl Marx, who said the following about the transformation of the UK from a feudal society into a modern capitalist economy:

‘It is the working millions of Great Britain who first have laid down – the real basis of a new society – modern industry, which transformed the destructive agencies of nature into the productive power of man. The English working-classes, with invincible energies, by the sweat of their brows and brains, have called into life the material means of ennobling labour itself, and of multiplying its fruits to such a degree as to make general abundance possible.’

In other words, the advent of capitalism heralded the newfound ability of mankind to harness the power of the natural world to his ends – to conquer nature. In achieving this, the working masses of newly industrial economies like Britain’s did something spectacular: they made possible mass lifestyle changes which, just a century earlier, could have been only dreamed of. For the first time, society’s poorest were freed from dependence on the seasons and feudal masters for their supply of food and for their freedom.

For Marx, this was good, at least in comparison to what went before. He waxed lyrical about the incredible and unprecedented productive power of capitalism because it had facilitated the transformation of the world for the better.

‘The bourgeoisie, during its rule of scarce one hundred years, has created more massive and more colossal productive forces than have all preceding generations together. Subjection of Nature’s forces to man, machinery, application of chemistry to industry and agriculture, steam-navigation, railways, electric telegraphs, clearing of whole continents for cultivation, canalisation of rivers, whole populations conjured out of the ground – what earlier century had even a presentiment that such productive forces slumbered in the lap of social labour?’

Obviously, this progress came at a cost. Marx is better known for his condemnation of capitalism as a morally unjust system which tears apart families and alienates people from their work and from each other than he is for his acknowledgment that it is an improvement on feudalism. But noting this acknowledgement is essential to any comprehensive understanding of what Marx thought.

Now contrast this with the sometimes neo-feudalistic campaigns of modern environmentalists, many of whom want us to abandon the kind of production which made the modern world.

Consider their anti-human demands for a huge reduction in the global population. This would represent mankind’s retreat from dominance over nature, a position for which it has fought for all time. Rather than seeing ‘populations conjured out of the ground’, as before, we would see the walls closing in on humanity.

Or think of those who responded to the Covid-induced collapse in the use of transport, the closure of energy-consuming businesses and the reappearance of wild animals in newly quiet towns by saying it all proved that we could, in fact, achieve the aim of a green world. And as spiked’s Fraser Myers has pointed out, all it required was the destruction of the economy, an assault on civil liberties and the deaths of hundreds of thousands of people. Not to mention the predicted descent of vast numbers into extreme poverty.

Greta Thunberg condemned Western leaders’ ‘fairy tales of eternal economic growth’. But a key point here is that economic growth benefits everyone, not just the rich. In fact, it is far more important for the worst-off that economies grow – without that advancement, they have little hope of escaping poverty.

The truth is that modern environmentalism’s key demands are mutually exclusive with keeping up the kind of human progress we have seen in recent decades. The globe cannot afford to immediately and completely ditch fossil fuels. More precisely, its poorest inhabitants cannot afford to. It is they who will most sharply feel the consequences of the often gas-filled pipeline of economic growth being turned off. Middle-class activists in rich Western countries, in contrast, will cope.

Extinction Rebellion and their ilk want us to turn back the clock. They seek not a new world but a kind of new feudal order. They want mankind to retire from innovation and advancement and shrink in number. In the name of freedom, progress and the advancement of the prospects of the world’s poorest, leftists should oppose them.

Marx wrote that, ‘The labouring classes have conquered nature’. The next step for him was not to let nature take back control, as eco-activists of today desire: it was for the workers to ‘conquer man’.