The middle-class fantasy of working from home

Radicals are wrong to sneer at people’s desire to return to the workplace. 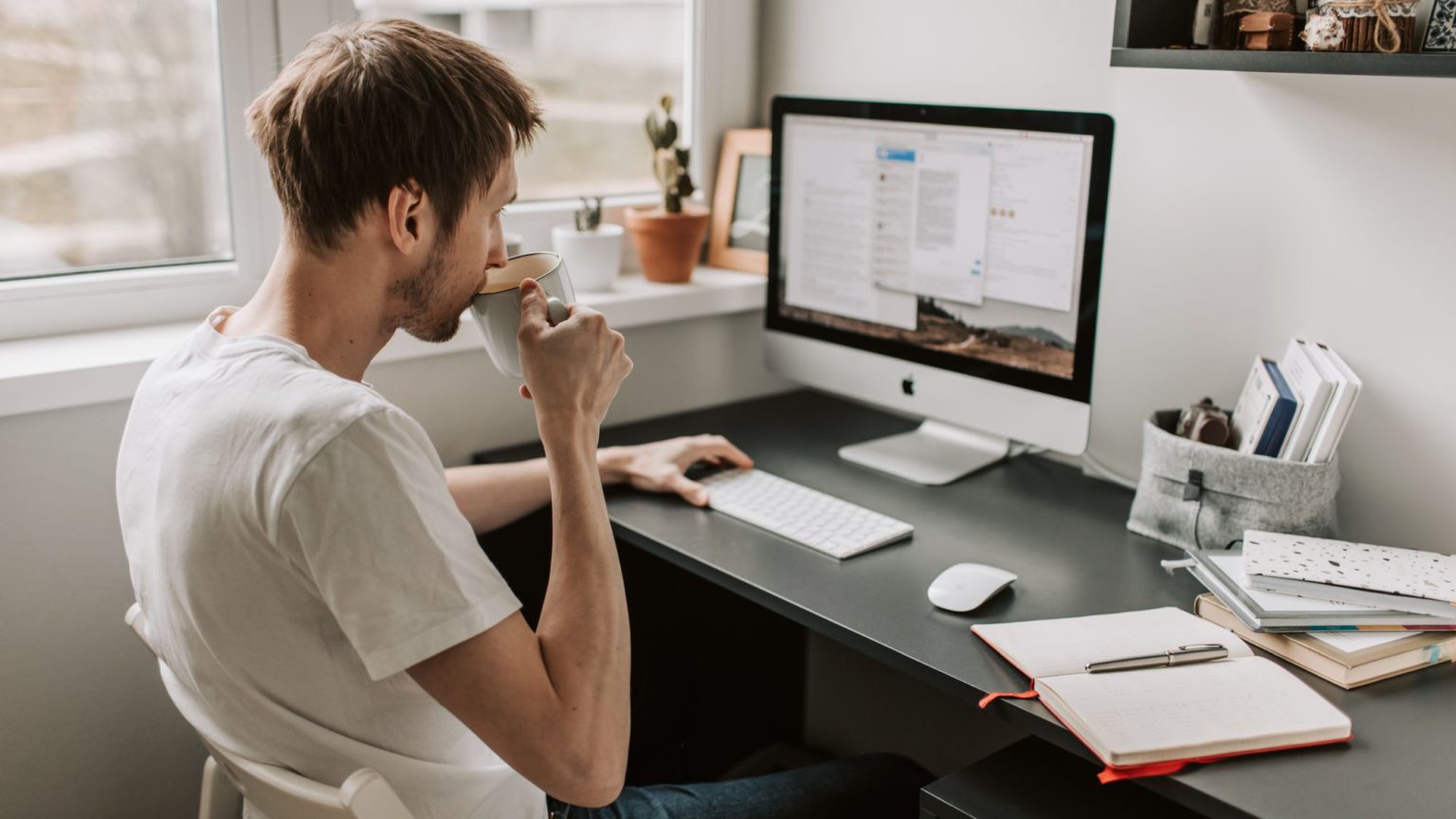 The proposals to get the UK back to work following the easing of the coronavirus lockdown have drawn a lot of criticism from radicals, who paint the move as cynical profiteering.

The prolonged absence of work seems to many like a chance for a fundamental rethink. Labour councillor and teacher James McAsh argues that ‘the right to work from home’ should be a labour-movement demand beyond the pandemic. In the Guardian, Hettie O’Brien argues that working from home ‘freed many from commuting, allowed some to spend more time in their local communities, and made cities less congested’. ‘Commuting is, generally, a massive waste of time and carbon’, writes Novara Media’s Aaron Bastani: ‘Two days a week in the office is plenty.’

For most people, on the other hand, working from home is not an option. Solomon Hughes has been looking at the government numbers and points out that, early on in the lockdown, one third of workers worked from home, while not quite another third (nine million) worked through the lockdown. Another nine-and-a-half million were furloughed. By August the numbers had shifted, with 29 per cent working from home and 48 per cent back at work.

When you look at who works from home, the picture gets clearer. A YouGov survey in May found that workers in households in the higher social grades of ABC1 were much more likely to be working from home (53 per cent), whereas those in the lower social grades of C2DE were, in the main, full time at work (40 per cent). Plainly, working from home was an option during lockdown for professional and middle-class employees in a way that it was not for those in less well-paid positions.

If working from home is the ideal, that raises the question of who has the space to work from home. While the British economy is in free-fall, one sector is booming. House prices are up to their highest level ever recorded, with dwellings costing on average £224,123 (an eye-watering £653,965 in London). There had been a small fall in prices in May and June, as sales stalled, but they bounced back in August and September. The reason is that with so many people working from home, those with more money are securing more space for their domestic offices.

Those with less income are clearly in a worse position to secure space. The House of Commons Library briefing on overcrowding points out that overcrowding has risen markedly for social and private renters but is much lower for owner-occupiers (in fact, around half of owner-occupiers have excess space, according to the government definitions). The definition of overcrowding is more than two people for each room in the house (excluding kitchen and bathroom).

It is surprising that those who are most enthusiastic about the idea of working from home are more often from the radical end of the political spectrum. For some of them, resisting the pressure to get back to the workplace seems to have taken on the character of a mumbled protest against capitalism.

It is a strange kind of anti-capitalism that elevates the sanctity of the home over the workplace. Women’s rights campaigners have long pointed out that the home is far from a place of refuge for many. Academics Salar Mohandesi and Emma Teitelbaum are perhaps overstating the case when they say ‘households have nearly always been sites of oppression’ – but it is certainly true that lives circumscribed by domestic horizons are oppressive.

Recent developments in ‘social reproduction theory’ remind us that it was the privatisation of domestic work that put women at a disadvantage in access to resources and liberty throughout much of the 19th and 20th centuries. What the history of domestic life tells us is that, in the modern era, it was work that created the private sphere, not the other way around, and that it is developments at work that have continued to shape it (see Stephanie Coontz, The Social Origins of Private Life, 1988).

Around the world, reported cases of domestic violence have risen sharply during the lockdown, and in Britain specialist services have reported a similar rise.

Working from home is not the same thing as unpaid domestic work, but for those who are at the mercy of employers it has significant drawbacks. That trenchant critic of the factory system, Karl Marx, knew this back in the 19th century, when he said that working at home had ‘long ago reproduced, and even overdone, all the horrors of the factory system, without participating in any of the elements of social progress it contains’. Being physically isolated from work colleagues puts domestic workers at a significant disadvantage. For the minority of middle-class knowledge-workers who can readily work from home, the disadvantages might be fewer, but most will know that an office has advantages that the home office does not. A TV production worker I know shares a flat and is working from a cupboard under the stairs (like Harry Potter). ‘It’s not working from home’, she says, ‘it’s living at work’.

The attraction of withdrawing from work is not hard to understand. For most of us who work for a living, work is a contradictory experience. It is where we are creative, but generally our creativity is submerged in a larger project that we have less control over. For many people work is dull and repetitive and its rewards meagre. The psychologist Mihaly Csikszentmihályi, when he was doing the research for his 1990 book, Flow, found that many people believed that they were more likely to be satisfied at home. But when he asked them to record when they reached optimal satisfaction in a diary, he found that it was ‘more than three times as often in work as in leisure’. Csikszentmihályi had hit on the underlying paradox of work – that though its social conditions are alienating, it is still the site of human creativity in a way that the home rarely is.

The former Marxist Andre Gorz proposed that instead of struggling to conquer the world of work and make it work for us, socialists would be better engaged withdrawing from the productive realm to enjoy weaving and gardening. It was a sweet, if cloying, middle-class fantasy, but it was no answer to the challenge of remaking society.

Withdrawing from work altogether is the same kind of daydream that keeps us saving for our pensions or buying lottery tickets. Those who promote the idea of working from home today are idealising a specific middle-class lifestyle – one that involves a withdrawal from social life. But for most of us, the best creative and social prospects arise at work. ​