In defence of the Union

It’s time to make the positive case for Scotland remaining in the Union. 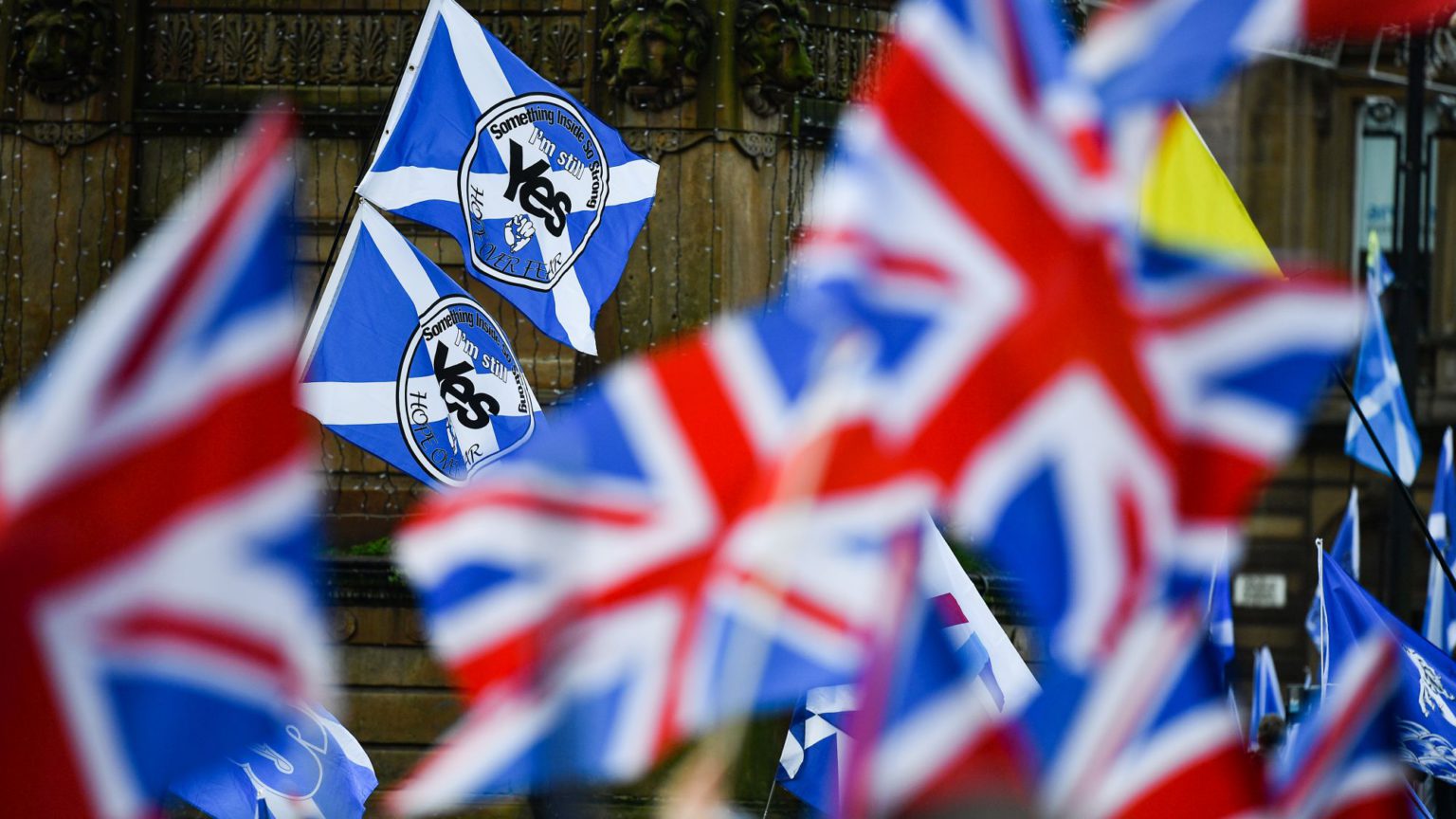 Six years ago this month, the referendum on whether Scotland should leave the Union with England, Wales and Northern Ireland was settled, apparently for a generation. A majority of Scottish voters – 55 per cent – voted against Scotland becoming an independent nation. This should have put the constitutional question to bed, and yet it still dominates Scottish politics. This is largely down to the seemingly unstoppable electoral success of the Scottish National Party (SNP) in both Holyrood and Westminster elections. Recent opinion polls suggest there would now be a reversal of the 2014 referendum result, with 55 per cent of voters now saying they support Scottish independence.

If, as predicted, the SNP wins a landslide in next May’s Scottish parliament elections, that would give the party a democratic mandate to call for a second referendum on independence. Already, first minister Nicola Sturgeon has announced that holding another referendum will form part of the party’s election manifesto. Constitutionally, Westminster is not compelled to authorise another referendum, and Boris Johnson has already said it won’t happen during this parliament, but Scottish demands for secession from the Union cannot simply be wished away.

Instead, arguments for why the Union matters need to be made, and they need to be made more convincingly and passionately than they currently are. They need to move not only Scots but also English voters, too. In a recent survey, only 51 per cent of English voters said they support the Union as a political arrangement. Pro-Union arguments need to spell out the important historical reasons for the creation of the Union, and also why the Union still matters in the 21st century.

Consider the arguments around Scotland’s public-spending deficit. A recent Government Expenditure and Revenue Scotland report estimated the difference between what Scotland raises in taxation and what is spent on its public services. This year’s figures put Scotland’s public-spending deficit at £15.1 billion – three times larger than the UK as a whole. Unionists in Scotland have seized on this as proof that Scottish independence would be disastrous for people in Scotland.

But Unionists who are embarking on a bean-counting ‘project fear’ strategy should be mindful of how this turned out for Remainers during the EU referendum. The Scottish independence issue has become wrapped up with questions of identity and sovereignty – the size of Scotland’s overdraft is unlikely to get pulses racing or change hearts and minds.

So why is the Union still important for British citizens? What’s in it for ordinary people on both sides of the border?

The Act of Union between Scotland and England and Wales in 1707 was a hugely significant moment in British history. It represented the emergence of a modern nation state. It also represented the triumph of an expansive outlook that fused different regions into a more powerful and unified nation. The Union helped facilitate the development of a national economy and a national division of labour which still exists to this day.

By contrast, the SNP’s separatist demands would be a backward step to a pre-modern age of petty parochialism. Scottish secessionists argue that Scotland was independent for 700 years before the Union. But this only reveals how backward-looking some in the independence movement have become. References to ‘Alba’ and the attempted revival of the Gaelic language are romantic throwbacks to the medieval age. This outlook also ignores the impact of the Reformation and how it shaped the development of modern Scotland. Some campaigners for Scottish independence like to align the Saltire flag with the Irish tricolour on their Twitter handles – but it is historically false to suggest that Scotland is culturally closer to Ireland than England.

The cultivation of a Scottish (or Welsh) cultural identity is partially a consequence of New Labour’s Devolution Acts in 1998. Although these reforms were justified as a way of bringing government closer to voters in Scotland and Wales, they also had the impact of encouraging some Scots and Welsh to view themselves as culturally distinct rather than as British citizens. In some ways, the top-down devolution drive echoes how multiculturalism encouraged ethnic minorities to view themselves as cultural beings rather than as citizens. The championing of particular identities in the UK has come at the expense of the universalism inherent within the modernist Union.

A fundamental argument against Scottish secessionism is that it generates artificial divisions. Not only between England and Scotland but also within Scotland itself. English Remainers who are sympathetic to Scottish independence argue that Unionists on both sides of the border are merely nostalgic for the British Empire (that bizarre claim once again). They believe that the British nation state is an anachronistic Tory Party project that progressives should oppose. This is why the Scottish Socialist Party campaigns for an ‘independent socialist Scotland’ north of the border. These left-wingers who jump on the ScotsNats bandwagon are being opportunistic. They are wrong to support secession. They fail to see how the interests of working people in Scotland are the same as the interests of working people in England and Wales. They are citizens of the same country, working in the same national economy and facing very similar problems – a fact that has been exacerbated by the lockdown-created recession.

This was a point that Billy Connolly alluded to in his enjoyable Made in Scotland programme two years ago. It was a nostalgic journey through his formative years in the Govan shipyards and Glasgow pubs, but he connected his proletarian experience with that of workers in Liverpool, Cardiff and the East End of London. This is a far more inspiring and progressive way to defend the Union than pouring over spreadsheets on Scotland’s deficit. Connolly’s point is that the British working class and their common experiences, ambitions and outlook were shaped through the Union. That is a far better way to promote a One Nation vision of citizenship than by using the tactics of project fear.

George Galloway, ex-Labour Party MP and now leader of the Workers’ Party of Great Britain, takes a similar approach. His Alliance for Unity campaign aims to create a pro-Unionist bloc for the next Holyrood election, forcefully reminding secessionists that Britain is One Nation with a unified citizenship. Although his campaign for a Scottish Labour / Tory electoral pact looks doomed to failure, reports that Galloway has had strategic meetings with the Tory government’s Michael Gove reveal that political divisions and alliances are not what they used to be. Some left-wingers and Tories are now in agreement on issues such as modernity, citizenship and defending the nation state against the fragmentation of identity politics.

There are new divides in Scotland, too. Among older Scottish nationalists there is increasing disgruntlement over the Guardianista direction of the SNP under Nicola Sturgeon. Some members fear that the SNP is hellbent on forcing Scottish people to conform to the latest woke fads. This fracture reveals the limits of Scottish nationalism. In relation to the divisive woke agenda being pushed by the SNP, on everything from censorship to instructing parents on how to raise their kids, once again common cause should be made between people in Scotland and people in England against the petty authoritarianism that exists on both sides of the border.

Solving our problems, whether that is authoritarian government rule or a nationwide post-Covid recession, will be far easier as unified citizens rather than as inhabitants of fragmented cultural enclaves. The demand for the secession of Scotland from the Union would be a backward step for everyone in Britain. It would represent the triumph of insular identity politics, of division and rancour, against a unified and modernist nation state.