His reign as Japanese PM proved as ineffective as it was illiberal. 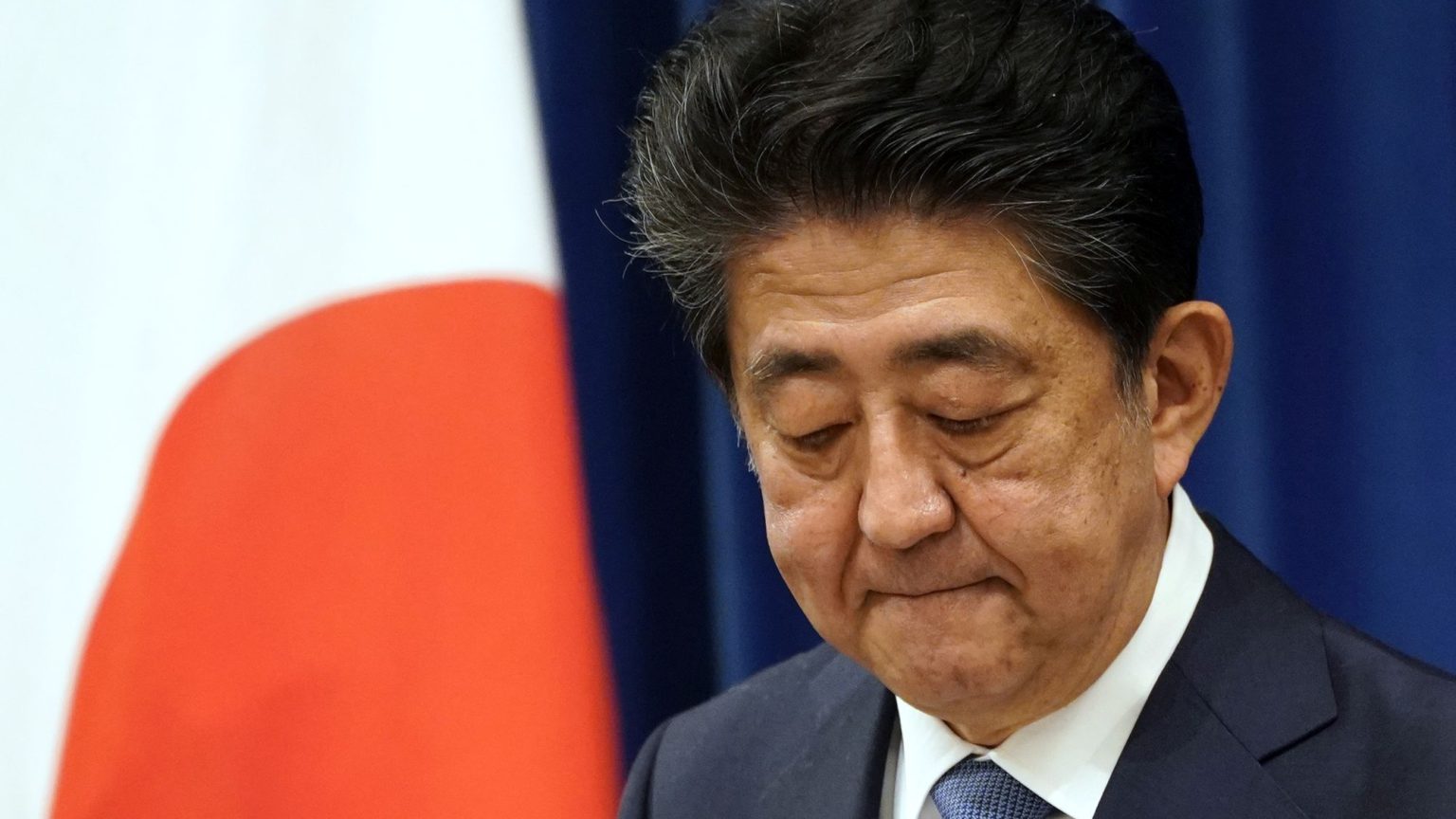 Amid the Covid crisis, economic trouble, allegations of political corruption and more, Japanese prime minister Shinzo Abe, 65 and greying, has decided to resign.

His stated reason for doing so was his long-standing digestive ailment, which had already ended his one-year stint as prime minister in 2007. But the unstated reason was also there for all to see, with Abe enjoying the lowest public approval rating – just 34 per cent – since taking power for a second time in 2012.

His unpopularity is not a surprise. Japan is in a bit of a mess, and a General Election is due by 22 October next year. Though Abe’s ruling Liberal Democratic Party (LDP) will probably take office again – since its formation in 1955, it has ruled for all but six years – it is facing significant challenges, from accusations that it has handled the response to the pandemic slowly and clumsily, to its inability to curtail public debt, which has expanded since the collapse of the property-based ‘bubble’ economy in 1990, and now stands at 240 per cent of GDP. And, to make things worse, the Japanese economy has been in recession since November 2018.

In terms of social reform, Abe has also struggled. His plan for 30 per cent of leadership positions to be held by women by 2020 has been postponed to 2030. And to add insult to injury, women workers now find that their mostly part-time, contract or temporary posts have been the first to go in the Covid crisis.

Abe has also struggled to tackle the problem of Japan’s aging and declining population. By 2030 it is estimated that no less than a third of the population will be over 65, and a fifth will be over 75. Moreover, despite a strong healthcare system and the world’s longest life expectancy, with half of those born in 2007 set to live until 107, Japan’s population is set to decline by 6.2million, or five per cent, in the 2020s, and by 8.2million in the 2030s – ‘the equivalent of losing Tokyo’.

In his farewell press conference, Abe registered three other key failures, all symbols of his rhetorical nationalism. He had failed to resolve the unanswered questions around North Korea’s abductions of Japanese citizens during the 1970s and 1980s, with at least 12 people still unaccounted for. He also failed to resolve the dispute with Russia over the four islets in the northern Kuril Islands chain that Moscow annexed in 1945. Lastly, and most importantly, he had lost his battle to revise Japan’s pacifist constitution, authored by the US in the aftermath of the Second World War.

Abe had wanted to revise Article Nine, and allow Japan’s Self-Defence Forces to act more like a conventional army, and use force proactively, rather than being limited to a strictly defensive role. Yet, despite this constitutional change being a long-term aim of Abe and other LDPers, he never managed to win sufficient public support, with 57 per cent of Japanese men and 80 per cent of Japanese women reported to be hostile to such a move.

More damaging to the LDP’s electoral prospects is one failure Abe did not mention – namely, that of his economic policy, or ‘Abenomics’. Electronic money-printing has failed to stop deflation, which hit Japan again this year. Olympics-scale infrastructure spending has failed to raise GDP, and higher consumption taxes have impeded shopping. As for structural reforms aimed at raising productivity, they were simply ‘never delivered’.

To be fair, Abe faced pretty intractable economic problems, stretching back to the pricking of Japan’s economic bubble at the end of the Cold War. The ruling LDP was completely ill-prepared for such a crisis, and dealt with it myopically, with largely financial measures. This meant that banks propped up unprofitable zombie firms, principally in construction, property and retailing, while other Japanese industries, such as IT, stalled. While few jobs were lost, even fewer were created. Simultaneously, the average weekly hours people worked fell, while public borrowing and debt increased to record levels.

Still, Japan’s situation is far from disastrous. While GDP flatlined between 1990 and 2012, Abe did partly revive the economy over the past six years – after all, its GDP only lags behind that of China and America. Japan also has much to be proud of, with a strong healthcare system and universal insurance. It has also avoided a Covid care-home scandal, and has suppressed Covid-related fatalities, at just nine per million citizens, compared, for instance, with 600 per million in the UK.

Politically, it is fair to say, as an editorial in Asahi Shimbun does, that Abe has damaged democracy in Japan. This is not solely Abe’s fault, of course. In Japan, it is the state that counts, not politicians, with LDP leaders often regarded as mere puppets of state and ruling-class interests. Nevertheless, his 2017 anti-terror conspiracy law, framed as an attempt to improve security ahead of the 2020 Olympics, weakened civil liberties and opened up the possibility of unprecedented monitoring and targeting of innocent citizens. The 277 kinds of terror plots it outlawed included copying music, using forged stamps and organising sit-ins against construction projects.

At the same time as clamping down on citizens’ rights, Abe has seemingly allowed civil servants to get away with falsifying administrative documents, despite a bureaucrat’s suicide in one case.

As for geopolitics, Abe responded to tensions with old adversaries China and North Korea, as well as with treaty allies America and South Korea, by stepping up Japan’s militarisation. He expanded the Self-Defence Forces, set up a National Security Council (NSC) and relaxed Japan’s long-standing ban on arms exports.

In 2018, the NSC proposed annual defence budgets, to 2023, of nearly $50 billion – more than Britain or France. New priorities included space, cyberwarfare and electromagnetic weapons. Also prioritised were long-endurance drones for the Pacific side of Japan’s islands, and robot underwater vehicles. Japan’s naval expenditure makes strategic sense, given that in East Asia it is the sea that is the site of conflict, as China’s recent fortification manoeuvres around islands in the South and East China Seas show.

Still, it is important not to get carried away when assessing Abe’s legacy. He has not set Japan on a path to war. Nor has he turned it into an autocracy, or paved the way for its economic ruin. But nevertheless, thanks to his government’s illiberal and ineffective policies, there is trouble brewing.