BLM could cost Biden the presidency

The Democrats' support for an organisation many Americans are turning against may hand Trump a second term. 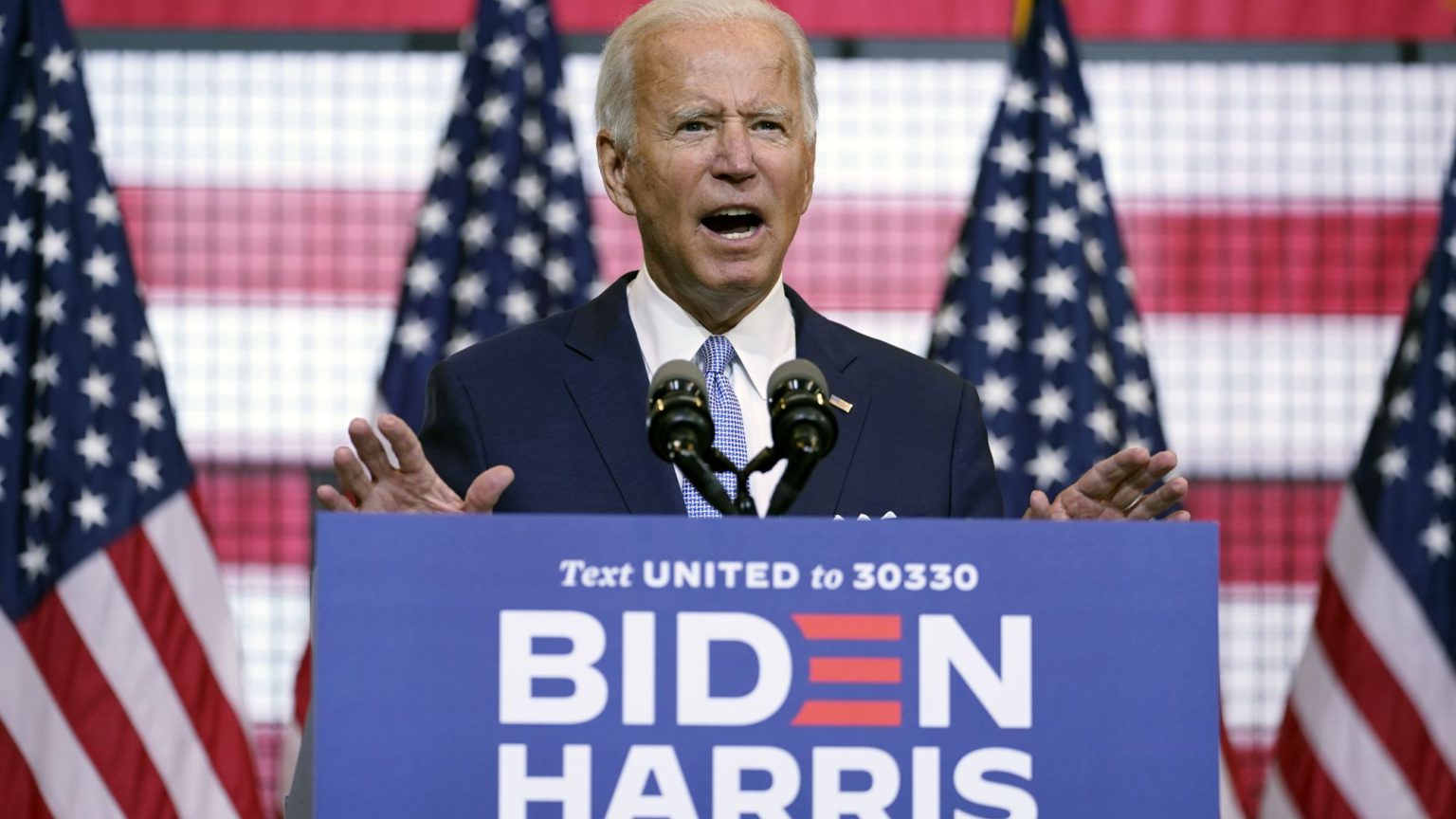 In the initial aftermath of the killing of George Floyd, the Black Lives Matter movement won widespread support across the US. But, as the more extreme elements and demands of BLM have come to the fore, much of this popular support has started to ebb away.

This is proving especially problematic for the Democratic Party and Joe Biden, its presidential nominee. Having thrown their support behind BLM in the immediate aftermath of Floyd’s killing, in the hope that doing so would motivate their base ahead of this November’s presidential election, they now find themselves burdened by a laudably named movement increasingly defined by its extreme policy positions – positions that are proving unpopular among the broader electorate.

Public unease with BLM’s political objectives is understandable. Its sprawling agenda has grown to include such niche demands as ‘dismantling cisgender privilege’, ‘disrupting the Western-prescribed nuclear family structure’, and ‘freeing ourselves from the tight grip of heteronormative thinking’.

What’s more, BLM is increasingly associated in the minds of many Americans with scenes of looting and violence, which are being seen across US cities. Those who were once sympathetic to the BLM cause now find themselves questioning BLM’s motives, as they watch black- and minority-owned small businesses being torched, while woke middle-class white people berate black police officers for their complicity in ‘the system’. The name of the BLM movement seems incompatible with its tactics.

For the Democrats, being associated with BLM’s growing extremism and unpopularity poses problems which will only grow as we approach November.

It was all going so well for Biden, too. Over the past few months, as Donald Trump haplessly attempted to steer the federal response to the coronavirus pandemic, Biden’s lead was strong. Trump was consistently polling below state governors in his handling of the crisis, including in key swing states.

Yet, as states reopen and people adjust to the new normal, public attention is slowly shifting from the pandemic to the disturbing scenes of crime and disorder now unfolding across their cities.

As polling by Ipsos Mori shows, between May and August, the percentage of Americans listing Covid-19 as one of their main worries has fallen from 61 per cent to 55 per cent. At the same time, the percentage of people listing crime and violence among their chief concerns more than doubled from 13 per cent to 29 per cent. Another poll showed that 59 per cent of voters felt violent crime would be ‘very important’ when casting their ballot.

In their eagerness to take advantage of BLM’s initial popularity, not to mention the opportunity to paint Trump as a white supremacist, Biden and the rest of the Democrat establishment were only too happy to accept BLM at face value. Now they need to distance themselves from its more extreme associations. Yet, given how many on the Democrat left are still wedded to the BLM cause, that is easier said than done.

For example, David Shor, a political data analyst and Democrat campaigner, discovered just how risky it is to question the methods and objectives of BLM within the progressive echo-chamber. He was sacked for sharing a tweet suggesting that the public might take rather a dim view of violence, and that peaceful protest could be a more effective way to achieve political aims.

Republicans have been quick to recognise the internal divisiveness of the BLM issue for the Democrats. At the Republic National Conference, Biden was cast as a modern Nero, fiddling while America’s great cities burn, unable to pull together even his own party

Trump, meanwhile, has begun posing as the law-and-order candidate. It was an effective approach for Richard Nixon in the 1968 presidential election, but it is still somewhat bizarre for Trump to try it out, given the fact his presidency has been marked recently by the frequent breakdown of law and order. Nevertheless, it could well prove an effective pose among those swing voters disturbed by the Democrats’ seeming acceptance of escalating urban violence.

There is certainly evidence that Trump’s law-and-order message might well prove successful. In the swing state of Wisconsin, for instance, there has been a fall in support for BLM, which is only likely to continue after days of rioting there. This could really hurt Biden, who holds a slim lead in Wisconsin, especially if voters associate his party with BLM. Something similar seems to be happening in Minnesota, North Carolina and Ohio, where Biden’s lead over Trump has also narrowed in recent weeks. If the trend continues, these and others could become toss-ups come election day.

The Democratic Party is in a difficult position. It relies on the activism of its BLM-supporting left-wing to connect with voters and drive turnout. But it is precisely its left-wing’s support for BLM, and its role in the violence and unrest in US cities, which could stop a lot of Americans from voting Democrat.

Most Americans are proud of their cultural heritage and support the police. They will be put off by scenes of looting and destruction within their cities. Most citizens value social stability and are uncomfortable with radical, violent change. They are understandably more concerned with improving socio-economic reality than achieving political utopias. Biden and the Democratic establishment seem to have forgotten this. And it could well win Trump a second term.