‘In racialising everything, we are playing with fire’

Glenn Loury talks to Brendan O’Neill about racism and policing in the US. 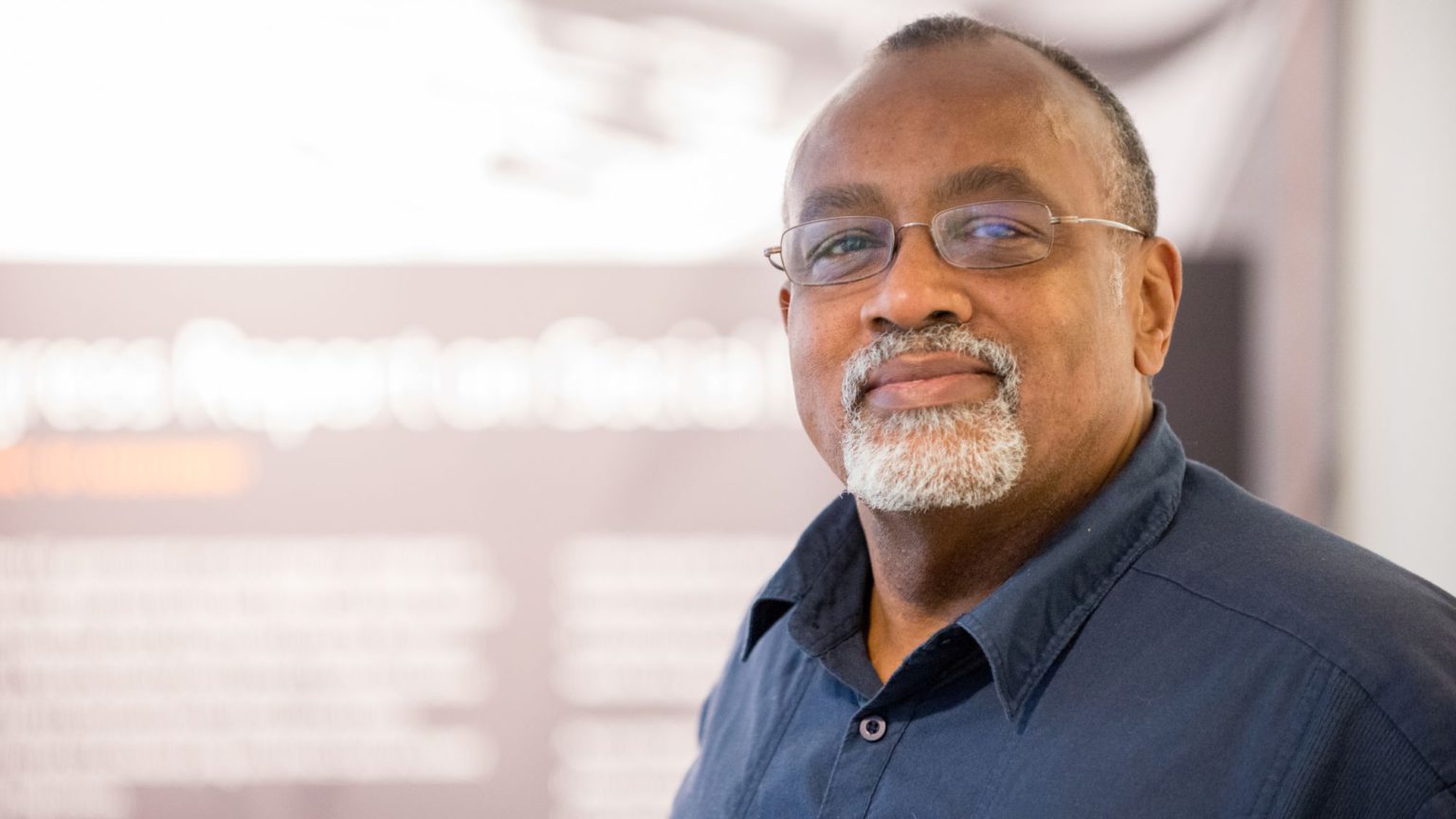 The wave of protests sparked by the killing of George Floyd rolls on. Riots have erupted in Kenosha, Wisconsin after the shooting of a black man by police, and two protesters have been killed. The US seems as divided as at any time in its recent history. But is America really a ‘structurally racist’ country, and are its police truly oppressing black people?

Glenn Loury is an American economist, author and commentator. He was the first ever tenured black professor of economics at Harvard University, and is currently a professor of social sciences and economics at Brown University. He joined spiked editor Brendan O’Neill for the latest episode of The Brendan O’Neill Show. What follows is an edited extract from their conversation. Listen to the full episode here.

Brendan O’Neill: One of the issues with Black Lives Matter is it has given the distinct impression to people around the globe that America remains a structurally racist country. There are clearly issues that impact on African-American communities. But one of the things you have written and spoken about incredibly well is the hollowness of the term ‘structural racism’. It seems to have become a mantra wheeled out to explain every single problem that faces particular communities or even particular individuals. If someone does not get a pay rise, for example, that must be down to structural racism. If there are not enough black people on a board of directors, that must be due to structural racism, too. Explain to us why you have an issue with that term and why its overuse makes it a meaningless way of understanding contemporary problems.

Glenn Loury: These days, I am given to saying the term ‘structural racism’ is both a bluff and a bludgeon. It is a bluff in the sense that it offers an explanation that is not really an explanation at all, and in effect dares the listener to come back with a response. For example, if someone says there are too many blacks in prison in the United States and that that is because of structural racism, they are daring you to say there are too many black criminals and that is why there are so many blacks in prison. They want you to say it is not the system’s fault, but the individual’s.

It is a bludgeon because it is a rhetorical move. It does not even pretend to be a scientific, policy-based argument. It asserts causes that never have to be demonstrated. We are all supposed to know that things are the fault of something called ‘structural racism’, which is abetted by an ideology of ‘white supremacy’. It is meant to explain everything. Confronted with any racial disparity, the answer is always that it is caused by structural racism. But history is complicated, and many of these things we are talking about have multiple interwoven causes, from culture to politics to economic incentives to historical accident. There are also systems of law and policy that may have the consequence of disadvantaging racial groups without having been so intended.

I want to know what people saying ‘structural racism’ are talking about. When they say it they beg that question – they don’t tell me what they mean. It is a disposition, and it calls me to solidarity, asks me for my fealty, for my affirmation of a system of belief. I think it is a mischievous way of talking, especially in universities. Although I understand why it might work well on Twitter.

O’Neill: You have hinted here and previously at the religious aspect to all this. It has become a religious conviction that structural racism is an imperceptible but incredibly powerful force influencing every aspect of life. But it often does not stack up. In the UK, for example, we hear BLM-influenced activists talking about structural racism in Britain, in relation to education and employment, overlooking the fact that things are actually incredibly complicated. Kids from a West Indian background do pretty badly in education. But kids from a white working-class background tend to do even worse. One of the problems of the structural-racism mantra is that it overlooks cultural influences and things within certain communities that are not necessarily very positive. Do you think the cry of ‘racism!’ is an attempt to deflect attention from problems that are not actually caused by racism, but might spring from communities themselves?

Loury: Yes, in a word. There is even the second-order argument which activists make, which is that even those problems within the communities themselves are a reflection of processes that are governed by structural racism.

There is certainly an aversion to cultural argument. Asian immigrants in the US are over-represented among those getting into university. They are over-represented in the sciences and professions like medicine and engineering. I could say that is due to the way Asian children are raised, to parental supervision, to the value that is placed on academic excellence, to the extent to which hard work is thought to be the right antidote to every setback. By contrast, I could point to single-parent families among African-Americans, or to a hip-hop oriented culture of titillation and sexuality, or to astronomical abortion rates among the female African-American population. But if I did that, and said these things had something to do with the problem, people would become very upset.

The religious metaphor is one my conversation partner on my podcast, John McWhorter, uses. There are identity stakes – people have an investment, both as African-American victims of structural racism, but also as sympathetic and allied white American liberals and progressives, who see themselves as wanting to be on the right side of history. They have a catechism. There are things we are and are not supposed to say. There is excommunication – people will, in a weak moment, say the wrong thing, and then they will be identified as not being true believers in the doctrine of the faith. There is a hunt for apostates, too. There is something of a ‘born again’ moment when someone finally comes to terms with their racism. There are lots of points of commonality.

O’Neill: One of the signal achievements of BLM has been to convince people around the world that the American police are racist and that they execute black people. You have previously talked about the fact that more white people than black people are killed by police, in narrowly numerical terms. But you have also talked about the problem of racialising violent interactions, and the possibility that if woke progressives do that, then not so woke, possibly racist people on the other side of the political equation will do the same thing. They will talk about the scourge of black violence and the scourge of black-on-black crime. Could you explain how you understand the issue of police violence in the US and whether you think it is useful to see it in racial terms?

Loury: If anyone in the UK is of the view that black people are being hunted by police and executed en masse in the US, that can only be the fault of poor reporting by the press in the country. There are about 1,200 police killings of citizens in the United States per year. About a quarter of those killings are of African-Amiercans. Blacks are about 13 to 14 per cent of the population, so that is an over-representation. But it is still substantially less than a majority of the people who are killed. More whites than blacks are killed by police in the US every year.

African-Americans killed by police are not all unarmed. Many of them are engaged in conflict with police officers, including deadly conflict, which leads to them being killed. Some cases are instances like George Floyd’s death, which are problematic in the extreme, and deserve the scrutiny of concerned persons. But you have to think about the fact we have tens of thousands of encounters between police and citizens every day. Yet police killings are rare. To put it in perspective, there are about 17,000 homicides in the United States every year. Nearly half of the murderers are blacks, and the vast majority of those murderers are murdering other blacks. Far more blacks are killed by other blacks than by the police.

When we invoke race in police killings, we act as if the reason an officer acted as he or she did was because the dead person was black. We do not necessarily know that is true. Moreover, if we get into the habit of racialising these events, we may lose the ability to contain that racialisation merely to the instances where white police officers kill black citizens. We may find ourselves racialising cases of black criminals killing white unarmed victims, and that is a world I think no one should welcome. The criminals do not stand in for their race, and nor should the victims understand themselves primarily in racial terms. People are playing with fire when they bring that sensibility to police-citizen interactions.