The dismantling of American democracy

Trump is now openly hostile to the democratic process. 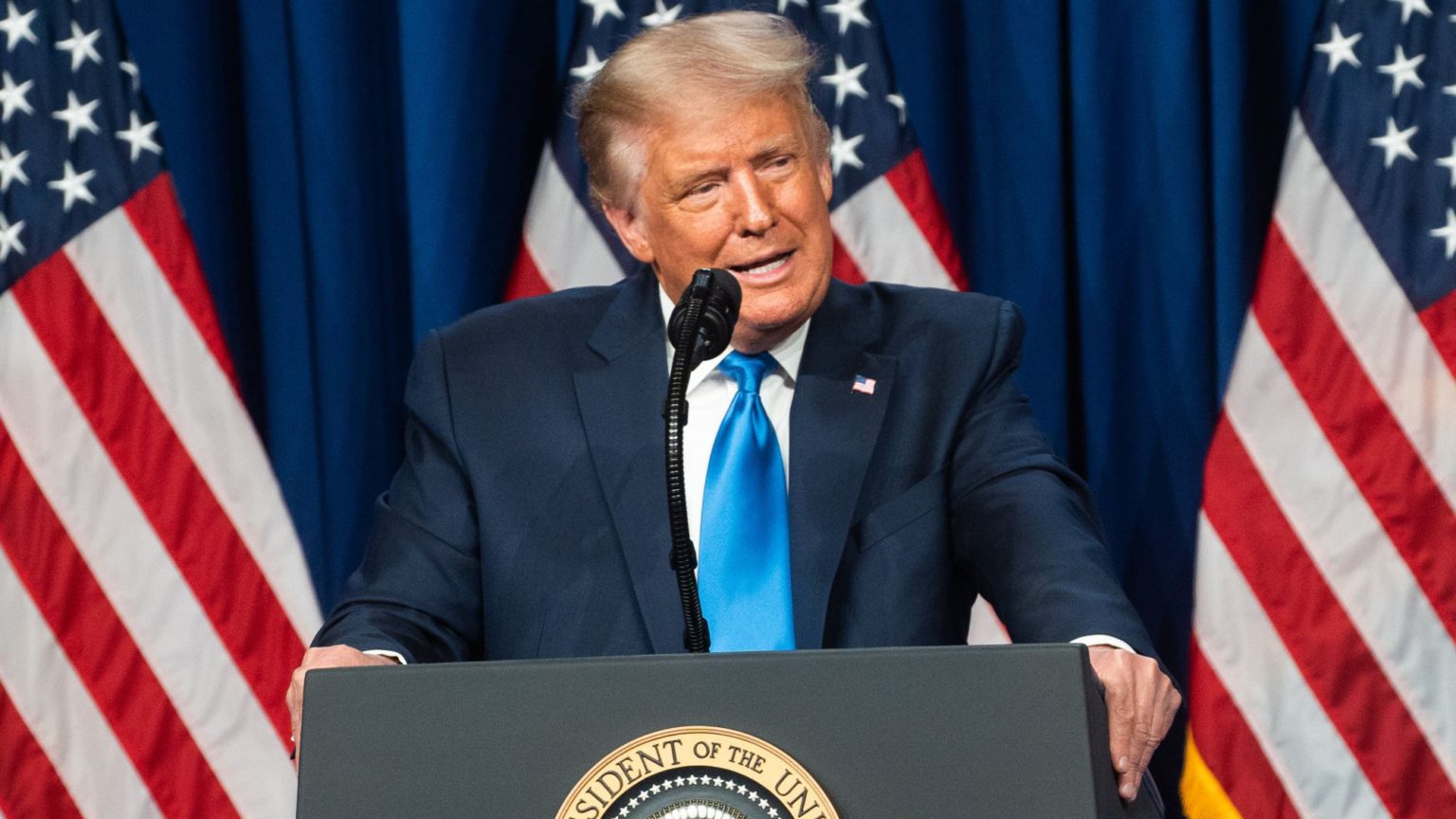 How do you dismantle democracy? You might begin by attacking its two most essential elements: the right to vote and the right to protest. The state of Tennessee has accomplished both goals in one law: protesters who camp out on state property may now be prosecuted for felonies and stripped of the right to vote. The law was hastily enacted in response to racial-justice activists protesting outside the state capitol.

Tennessee is not alone in criminalising protests, as PEN reports. Between 2017 and 2019, states have introduced 110 bills ‘that create new penalties or harsher sentences for protesters. In many cases, these bills appear to be direct responses to particular protests, or designed to constrain particular protest movements.’ Twenty-three anti-protest laws have been enacted in 15 states.

What’s worse than criminalising protests? Criminalising them discriminately. Generally legislators have targeted left-wing movements, like Black Lives Matter and Native American protests, following the president’s lead: he tear-gassed peaceful Black Lives Matter protesters, with a paramilitary show of force, in order to stage a photo op in front of a church, and praised heavily armed, generally pro-Trump, anti-shutdown protesters who took over the Michigan state capitol (leading some legislators to don bulletproof vests). These protesters were ‘very good people’, the president declared. And they will probably encounter fewer obstacles when voting for Trump than presumptively ‘bad’ protesters will encounter lining up to vote against him.

The political history of America is partly a history of voter suppression targeting black Americans, systematically and even murderously, for about a century after the civil war. These days voter suppression is more civilised and subtler but still effective, and today we’re fighting over mail-in votes during the pandemic. Trump has declared his intention to deny essential funds to the post office so that it can’t process the expected onslaught of mail-in ballots. His opposition to mail-in voting is predictably inconsistent: he supports it in the Republican state of Florida, where his mailed ballot is counted and where he depends on the mailed ballots of other senior citizens. But in general, Trump explains unabashedly, ‘Mail-in voting doesn’t work out well for Republicans’.

Never mind. He’s just tweeting, or talking, and trolling the libs, Trump supporters say. But this isn’t just talk: it’s policy. Trump’s postmaster general, a major Republican donor, has overseen the removal of mailboxes and post-office sorting machines, as well as cutbacks in staff and post-office hours. In response to a furious backlash, the postmaster has promised to suspend additional cutbacks until after the election, but a lot of damage has already been done. Mail has been significantly delayed all summer, if delivered at all. (I haven’t received a primary ballot requested weeks ago.) The post office has informed 46 states that it will not be able to count all legally submitted ballots in time.

The attack on the post office has caused bi-partisan alarm. Millions of Americans, including veterans, small-business owners, farmers and other rural voters, depend on the post office for ordinary mail and package delivery, as well as delivery of essential supplies, prescription medications, and social-security checks. Still, crippling the post office could serve Trump well, along with Republican Senate candidates.

A strong majority of Republicans say they plan on voting in person; a majority of Democrats say they plan on voting by mail, reflecting differences in their respective views of the pandemic. So, if millions of mailed ballots are uncounted or if Trump effectively discourages mail-in voting, he likely disenfranchises many more Democrats than Republicans. Besides, the pandemic has severely limited the ability of states to conduct in-person voting, given a shortage of poll workers (who tend to be older) and a worse-than-usual shortage of polling places.

For decades, dating back to the 1980s, Republicans were subject to a judicial decree barring them from poll watching, after being caught targeting black and Latino voters with police patrols. But the decree was lifted two years ago. Trump lacks the authority to send federal agents to state-run polling places, but Republican state officials can take the hint and assign local agents. Republicans are also recruiting some 50,000 volunteer poll-watchers to ferret out alleged voter fraud in key states. As an Intercept report suggests, the intent to intimidate Democratic voters is clear. They’re seeking some retired military personnel and off-duty police officers to target ‘inner city’ and Native American precincts.

Still, Trump is nervous about his prospects, as he was in 2016 when Hillary Clinton was widely expected to win. He’s reviving his 2016 claim that the election will be rigged (while openly doing what he can to make this prediction come true). Mail-in voting will make the 2020 election ‘the most INACCURATE & FRAUDULENT Election in history’, he has declared.

In fact, voter fraud is rare, whether people vote in person or by mail, if not quite as rare as Trump’s adherence to facts. A consistently unpopular president who won office and has generally governed with minority support, he is considered dishonest by a majority of Americans who disapprove of his mismanagement or non-management of the pandemic. But ‘loser’, a favourite Trump insult, is what he can never bear to be, so, he insists, ‘the only way we’re going to lose this election is if this election is rigged’, and maybe we’ll have ‘do it again’: that is, hold a do-over election if Trump loses, since his loss will be irrefutable evidence of fraud. Even if Joe Biden is somehow acknowledged to have won an electoral-college majority and Trump is forced to leave office, he will never concede; and he will have convinced his followers that he was the victim of a coup, and, by extension, so were they.

We’re used to hearing outlandish, anti-democratic musings from Trump. Many of us are numb to them as some are becoming numb to the still rising death toll from the pandemic: about 175,000 to date. So it is worth stressing the obvious: leaders with regard for democracy do not aggressively seek to undermine our electoral systems. They do not refuse to agree to respect election results. They strive to ensure that all our votes are counted, instead of openly declaring their intent to see that all our votes are not counted.

At the very least, they pay lip service to democratic ideals. In a somewhat healthy democracy, the president might surreptitiously promote policies that favour voting by his base, but he would never openly admit it. In a somewhat healthy democracy, politicians are carefully hypocritical, if hypocrisy is indeed the tribute that vice pays to virtue.

In America today, at the highest levels, vice operates openly; it need not nod to virtue. That’s one reason ‘saying the quiet part out loud’ has become a political cliché, and one measure of the profound corruption threatening our democracy.

Anxiety about voter suppression is intense, and Democrats have been gaming out frightening and frighteningly plausible scenarios, like the seizure of uncounted mail ballots if Trump is ahead in a vote count on election day, or various efforts by Republican states to deny an electoral-college win by Biden. Democratic convention speakers urged people to devise voting plans, as they might devise plans to keep their families safe during a hurricane: request and return mail-in ballots as soon as possible, they advised; vote early if you vote in person, as many states allow, and when you do go to the polls, be prepared to wait in line for hours.

The 2020 election will be chaotic at best, possibly inconclusive, and perhaps ultimately decided by the courts and not the people. Unless on or shortly after election day Biden has a very significant, generally acknowledged lead, Trump may remain in the White House, whether or not he has actually been re-elected. But whoever takes office in 2021 may be considered illegitimate by a majority or a critical plurality of Americans. Combine partisan fear and loathing with pandemic-induced grief and economic decline, and we can anticipate a prolonged period of civil unrest, violence, and increasing repression, especially if protesters on the left start exercising their Second Amendment rights as aggressively as protesters on the right. It’s not hard to imagine a future in which we look more like Belarus than America.

Sometimes I cry for my country.