‘Most murderers get away with it’

Jill Leovy on the problems of policing a segregated America. 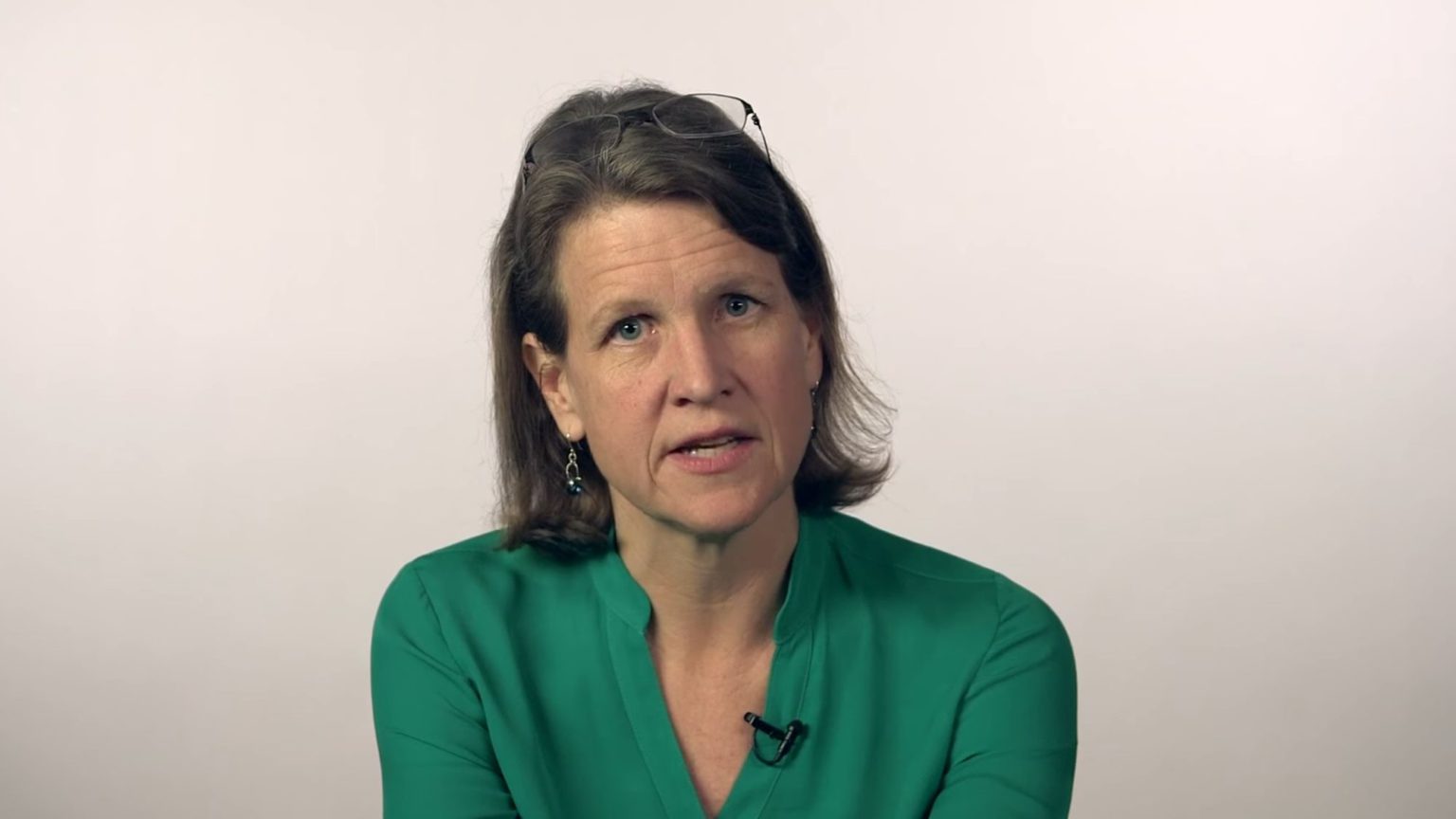 The death of George Floyd and the Black Lives Matter protests which followed have put the problems of American policing back into the spotlight. US police forces continue to be dogged by accusations of institutional racism. Calls for fundamental reform – and even abolition – are widespread. But are the problems of policing really as simple as campaigners suggest, and would their proposed solutions really help?

Jill Leovy is a journalist and writer specialising in crime reporting. She is the author of an award-winning book, Ghettoside: A True Story of Murder in America, about murder in Los Angeles, the city where she spent over 20 years as a reporter and editor for the Los Angeles Times. spiked caught up with her to talk about crime, policing and race in America.

spiked: You argue that American policing is overactive and underactive at the same time, particularly in black communities. What do you mean by that?

Jill Leovy: When people are enclaved or segregated, there is a tendency for the police’s control functions (dealing with minor offences) to be overdeveloped and their dispute-resolution functions (dealing with serious crimes) to be underdeveloped. When police do not have legitimacy and the population is alienated, these dispute-resolution functions – which are expensive and difficult – are weaker. This is not just in the US – there are also similar tendencies elsewhere. But these functions have been especially weak in the American context because of the historical development of urban policing in America, which has been oriented towards nuisance / low-level policing. The result is that, unlike in most of Europe, there have always been very low rates of solving violent crimes like homicides and assaults in America.

Imagine you are in a school classroom and there is a mix of different kinds of students. There are some good kids, some medium kids, some bullies. The teacher locks them all in the classroom for a while. The bullies start victimising people and beating them up. Little cliques form and people have to decide whether to speak up or stay silent. Once in a while, the teacher comes back and does nothing about the broken bones and black eyes, but doles out lots of small punishments for minor offences. That creates a huge legitimacy problem for authority. And it also empowers informal systems of control. It creates a situation where bullies rule by intimidating other people. If you take that very simple scenario and extend it to the level of a complex city with segregated neighbourhoods, you get a sense of the problem.

spiked: Is this duality in policing a result of racism, or is it more complicated than that?

Leovy: It depends what you mean by racism. Not that long ago we had a terrible Civil War in the US. That war and its aftermath meant that an enormous part of the country – the entire South – was in a state of insurgency. That insurgency was successful to a great extent. This created a very particular situation in the South, where for decades and decades there were people governing who were trying to appear to be playing along with the federal system and the Constitution, but in truth there was actually a shadow system of law operating. That system permitted racial violence. And you still see today that rates of interpersonal violence tend to be higher in the South, as are incidents of police brutality and rates of killings of police officers.

There is this distinctive thing in many places where people are indifferent to certain kinds of outrage provoked by violence. Violence in some communities just does not get much political reaction. But also the police are underfunded and the cities are growing, and so they become overwhelmed and gravitate towards the cheaper forms of law enforcement. They lack the resources for more expensive investigations.

These cities are very segregated even today. Stark poverty creates and supports underground economies, which are often hotbeds of violence. Police entering into this subterranean world find it very difficult. It is scary to go after murderers. If you were a police officer would you rather stop someone for littering or chase an armed murderer?

Segregation also means that, typically, low-income black Americans have very limited social mobility. This is key to the violence. Generally speaking, violence tends to be among people who have what we call horizontal relations. You see falling rates of domestic murder alongside a rise in divorce and shorter relationships. When women can escape abusive partners and move to another place and get a job and be independent of them, the death rates go down. But that possibility of escape becomes more remote when mobility is restricted by residential segregation. It is the same for other kinds of violence.

spiked: How do these concerns about police resources sit with some of the goals of the Black Lives Matter protests, which have called for abolishing or defunding the police?

Leovy: Protests have happened before. You can go all the way back not just to the 1980s and 1990s, but also to the 1940s and 1950s, and you see a story playing out of people being outraged by violence perpetrated by police officers. It is barely an overstatement to say that urban police in the US are always being subjected to a new reform programme. Police reform is a long and ongoing project. It is very spotty – policing is very heterogeneous and there are small rural departments as well as enormous departments like the NYPD, which are very different. But the LAPD was subject to a thoroughgoing reform programme in the wake of the Los Angeles riots and later scandals, and it went on for years. Tens of millions of dollars were spent on reform. Many remedies have been tried and yet this narrative keeps repeating itself.

‘Defund the police’ feels a little like not having a solution for police themselves. There is a tendency for people who have never called 911 in their lives to feel like they know everything about policing and crime, which are very hard properly to understand. There is not a lot of humility in the current debate. The LAPD bought body cameras in response to the 2015 protests. But there is now a lot of evidence that those body cameras did not make any difference to the level of force used by police.

The whole thing is very complex in that the world of violence that police officers are often enmeshed in in some parts of the US is totally unlike the context in other places in the US. It’s very hard to see it from the outside. In America, every study that has ever been done has shown that most police shootings occur in the context of an armed suspect or victim. That does not mean that people cannot argue for less force to be used by police officers, but it does complicate the picture.

spiked: What do you think could be done to improve things?

Leovy: No matter what else you do, if you let the violence go, you are never going to be able to build effective law or governance. There is a typical scene in my book where some officers pull over an African-American lady for not wearing her seatbelt. She gets out of the car and asks why they are bothering normal people like her when there are murderers running around the neighbourhood. It is hard to argue with that.

If you look at Europe, you see very low rates of homicide, and very high clearance rates. As I say in the book, in the US, for adult black men aged 18 to 45, 30 to 40 per cent or maybe up to 45 per cent of those crimes get solved. If you are a murderer, your chances of getting away with it are pretty good. That makes people more likely to commit those crimes. Your response to violence is an important part of building law.

There is also a tension between dispute-resolution and broad-scale control. In America, it has been expressed by the idea of preventative policing. In law, it is important to be reactive – not to be set in motion by what people seem to be or what they might do, but rather by what their actions have told you about them. To respond to crime, we should keep law in an honest place. But an emphasis on prevention spreads police power over a broad swathe of the population, some of whom are up to something and some of whom are not.

It is also hard to imagine a way of preventing crime where you are not making suppositions about where crime occurs and who is going to commit it. That leads you to discrimination. It does not mean that in the real world it is not going to be a mix of things. But it is important not to downgrade certain functions of the police because they are ‘reactive’. A better word is ‘responsive’. If you are responding to people being hurt or killed, that is a salutary thing both for building legitimacy and for keeping the police honest.

spiked: Is there anything you feel is missing from the current debate on these issues?

Leovy: Building on what I said earlier, I have spent years on this, including months on end alongside police officers, riding in their cars and going to crime scenes. And yet I feel like I do not know anything. I still get surprised by stuff that happens in an arena that I thought I knew. You start doing the research and it is not at all like it seems. I notice that there tends to be a lot of canonical truth bandied about. But in fact, policing is very poorly researched. It is hard to know what is going on, even for supervisors of police departments.