‘Liberalism is eroding itself’

Former No10 adviser Nick Timothy talks to Brendan O'Neill about culture and identity. 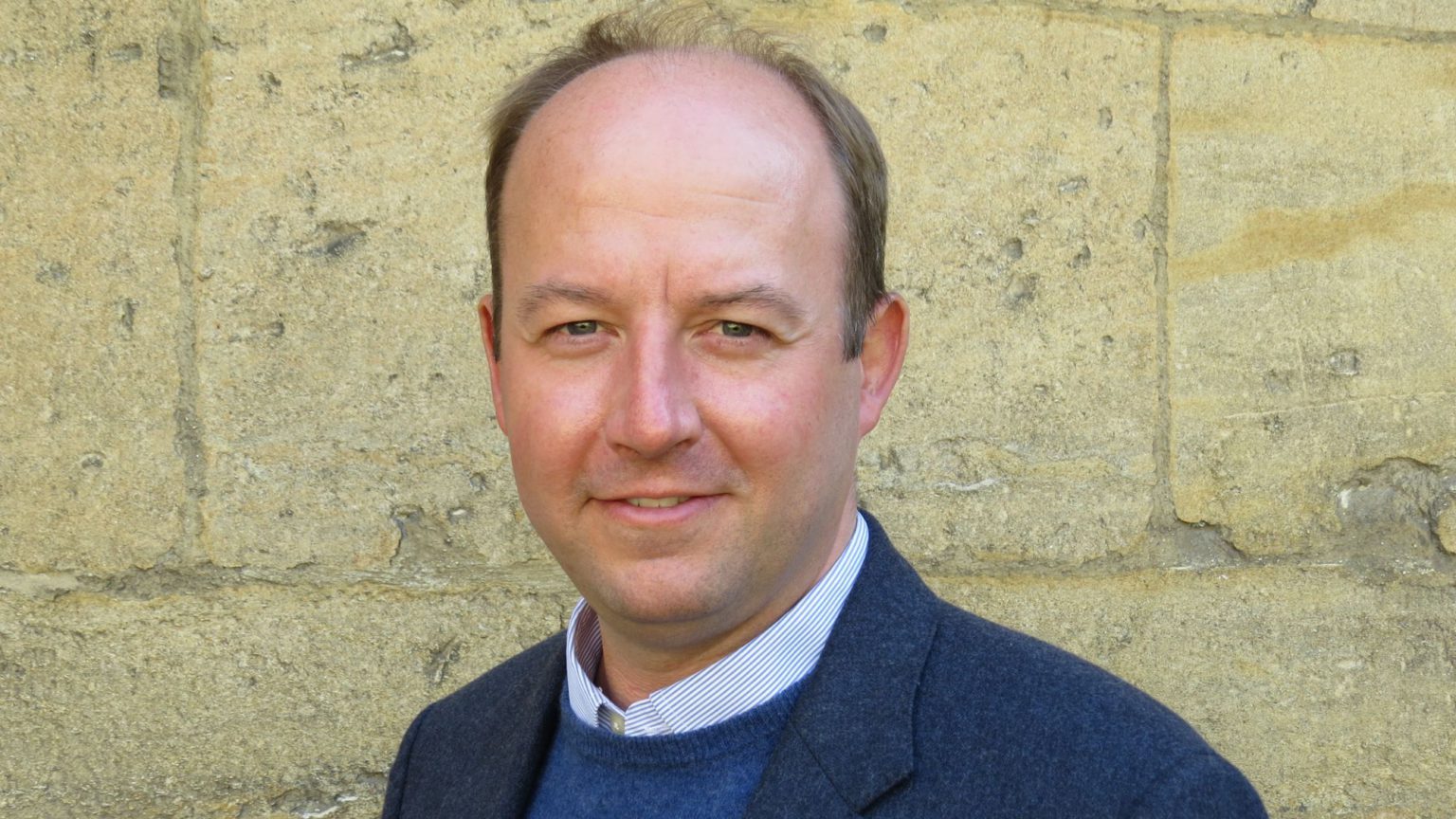 The divisions in British politics have erupted in dramatic fashion over the past few years. That large numbers of ordinary people clearly do not share the outlook of the liberal elite which runs many of the country’s institutions became impossible to ignore with the vote for Brexit. Despite the many attempts to overturn the vote, the public’s desire to leave the EU was affirmed in three subsequent elections. The Brexit vote speaks to much deeper divisions over values, too, particularly around democracy and national identity.

Nick Timothy was joint chief of staff at Number 10 during the first two years of Theresa May’s premiership. He is author of Remaking One Nation: Conservatism in an Age of Crisis, which puts forward a new form of conservative thinking which breaks with many of the more liberal assumptions of the modern Conservative Party. He believes this can overcome some of these divisions. He joined spiked editor Brendan O’Neill for the latest episode of The Brendan O’Neill Show. What follows is an edited extract. Listen to the full conversation here.

Brendan O’Neill: I want to start off by asking you to describe yourself. You get called all sorts of things, most of them complimentary. You’re a leftish conservative. You’re a Red Tory. You’re a little bit Blue Labour, even if you don’t like to admit it. As is the wont in politics these days, there is an instinct to try and put people into pigeon holes that make 20th-century sense, if not necessarily 21st-century sense. I thought I would give you the opportunity to tell us: how do you describe yourself politically?

Nick Timothy: I think it’s my personal tragedy that I’m not very easily pigeonholed. I always feel like the right of the Tory party think I’m a dangerous socialist, and the left think I’m a crazed Brexiteer, so neither side quite wants me. Labels like Red Tory, Blue Labour and post-liberal each have advantages and disadvantages. I have called my book Remaking One Nation because while the One Nation label is thrown around quite a lot in Tory politics, its pedigree really lies in the Tory tradition of trying to overcome division. It began with Benjamin Disraeli talking about the country descending into two nations, divided between rich and poor. It was picked up by Stanley Baldwin in the 1920s. It was then picked up again by a group of reforming MPs in the postwar period who came from no particular ideological background – that group ranged from Ian MacLeod to Enoch Powell. But it is quite an important label because, actually, we do live in quite divided times.

The country is divided in terms of inequality, regional differences, and, post-referendum, between Leave and Remain. To me, a One Nation approach means we have got to look past ideology and focus much more on trying to overcome division. You do not do that by trying to shrink the state and continually cutting public spending. You do it by accepting that there is a harmonious balance to strike between three things: society, government and the market.

O’Neill: One of the key targets in your book are the elite liberals. You view liberalism as a way of thinking in which markets trump institutions, individualism trumps community, and group rights trump national identities. Is it fair to say you view liberalism not as simply a right-wing phenomenon, but as a cross-political one, which creates problems on both sides of the political divide? On the right, it pushes people further and further towards a free-market outlook, and on the left it pushes people further and further towards a fragmentary, militant form of identity politics, which naturally grates against any possibility of a singular nation or any sense of social solidarity.

Timothy: Yes, that is right. I am not railing against liberalism in every sense of the word. I describe liberalism in terms of concentric circles. There is a core, which I call essential liberalism, which is the kind of liberalism that makes the Western way of life feasible. It’s things that make liberal democracy work, like checks and balances, an independent judiciary, the rule of law, legal rights for minorities, and a market economy. I think actually almost everybody, apart from people at the real extremes, tends to respect those things. But the danger is that, as liberalism becomes more ideological, it unwittingly erodes those same things.

The second circle, which I call elite liberalism, features a core of beliefs that politicians across the party spectrum tend to agree about, despite the party-political differences that do exist. Those views are also shared in some of the elite institutions of the country, from universities to the judiciary to the civil service to the BBC. These ideas tend to be about things like a lightly regulated labour market, the marketisation of public services, and high immigration. Those views tend not to be shared by the majority of the public.

It is too simple to say that there is just an elite liberal consensus, because obviously there is disagreement across the party spectrum in some respects. But there is still a connection to liberalism in those disagreements. On the right, you tend to have market fundamentalists trying to reduce every aspect of life to the market. They think that individual freedom is the pre-eminent value that trumps all others. They mainly focus on the economy. And then on the left, you have cultural liberals who tend increasingly to obsess about militant identity politics. The effect of the two is to create a kind of ratchet, because one side tends not to repeal the liberalising measures of the other, but just focuses on its own liberalising agenda. You have a situation where the right and the left are both contributing towards this atomisation in society, and to social and economic problems, which then, perversely if you’re a member of the ultra-liberal right, quite often lead to a bigger state as the state tries to fix those problems.

O’Neill: You argue that liberalism is a universalistic force, and has a tendency to disregard specific contexts – cultural and historical specificity, for example. People following it have a tendency to feel the world should be like them, or want to be like them, or will at some point be like them. But that grates against one of the other criticisms that can be made particularly of left liberalism, which is that it is almost obsessed with cultural identity, particularly inherited identity, and leads to a constant fragmenting process whereby even identity groups are now breaking up into smaller and smaller divisions. How do you work that contradiction out?

Timothy: What I try to do in my book is to trace back some of the problems we have got today, through the policies that have got us where we are, all the way to the philosophical premises they are based on. Liberalism is universalistic partly because its earliest philosophers imagined us in the state of nature, where there is no government at all, and people come together to form a social contract. Of course, the state of nature never existed. Every generation is born with obligations towards others in the community and with rights as a result of being a member of a community. The cultural context into which we are born and within which we interact with one another matters. But because liberalism has this assumption of universalism, it tends to disregard and even attack those cultural contexts.

You can see how that gets us into trouble all the time. Take foreign policy as an example. We supposed at the end of the Cold War that a few elections and the privatisation of the old Soviet state would turn Russia into Sweden. We assumed that Iraq and Afghanistan would just become liberal democracies after the wars because we assumed the Iraqi and Afghan people were the same as us. We felt their cultural contexts did not matter, and that they just wanted to be like us, and would inevitably become so. These were fatal errors resulting from the progressive aspect of liberalism.

But you are quite right to say there is a tension between that approach on the one hand, and on the other the way that cultural liberals don’t just celebrate difference, but almost want to pitch people against one another on the basis of their identities. I think this is actually a bit of a perversion in liberalism. In my book, I say that the roots of modern identity politics actually come from thinkers like Foucault and other post-modernists. That thinking leapt across the Atlantic, and was picked up by some of the budding identity political theorists in the USA, like Kimberlé Crenshaw. Those theories are not actually related to classical liberalism, but left liberals have coopted them.

Some liberals think pluralism is a good thing because it is a way in which we can manage difference in quite complicated societies. That is a perfectly valid line of argument – I think most of us in the modern world would accept it. But some liberals make the argument that pluralism is a good thing because the trial-and-error that it permits leads to an ever-more-perfect society, and that it is only on that basis that we should defend pluralism. The danger with that is that as soon as you believe that we are inevitably heading towards something that is progressively better, your view of the future and what should happen represents progress, and anybody who disagrees with it is seen as standing against progress, and as representing things that are backward or irrational. That trace is very visible in today’s left liberals.