The left’s shameful abuse of ‘the science’

When Democrats say they're 'the party of science', they really mean 'don't question us'. 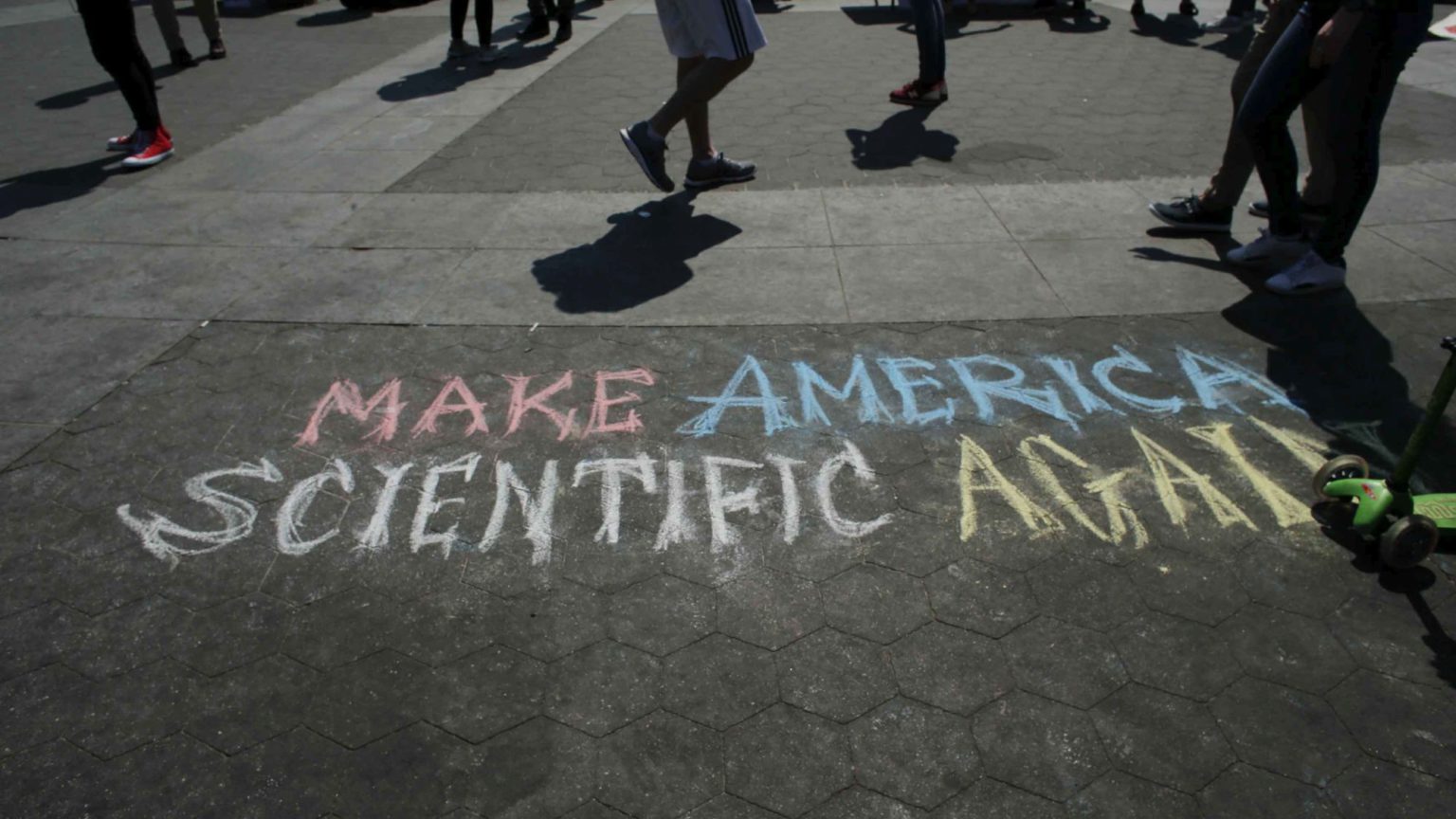 Many on the left today peddle the narrative that they are more scientifically minded than those on the right. They market themselves as the heirs to the ideals of the Enlightenment – reason, progress and truth – while pillorying the right as a collection of creationists, climate-change deniers and anti-vaxxers.

This narrative is false, and increasingly so.

It is a useful fiction, however. It allows the left to dress up its moral and political views as scientific. To question them, therefore, is to question the authority of the science. It is tantamount to secular heresy. When the Democrats in the US present themselves as ‘the party of science’, they are really saying ‘do not question us’.

Left-wingers used to invoke the authority of science mainly to justify their views on how we should respond to climate change. But the left increasingly uses the same scientific, moral authority to justify its views on an ever-expanding range of issues, from race to gender.

Part of the problem here is due to just how broadly we use the term ‘science’. Traditionally, it referred to the fields of natural science, which rely heavily on quantitative methods and have an exceptionally high threshold for new ideas to enter the consensus.

Yet the authority of ‘science’ has now been appropriated by the social sciences – academic fields that are dominated by leftists. This means that social scientists’ left-wing views of class, race and gender are treated much the same as, say, biologists’ understanding of DNA – that is, as authoritative, objective and truthful.

But this is misleading. Science is based on the scientific method, which is intentionally very limited in what it can say about the world. Outside of the logical framework of mathematics, we cannot conclusively ‘prove’ any natural law (even within mathematics it gets a bit vague). Hypotheses must be put forward and tested under a range of experimental methods.

If the hypothesis is not disproved under those conditions, we say that the findings were consistent with our hypothesis. With time and multiple repeats of an experiment validating an idea, we come to accept a hypothesis as true (though, importantly, we never prove it to be true; we only fail to prove that it is false).

And if the hypothesis predicts a hitherto unobserved phenomenon which is eventually observed, that’s an added bonus. This high bar means only the strongest hypotheses survive. This is Darwinism applied to intellectual discourse.

Societal hypotheses about class, race, gender and hierarchy cannot be rigorously tested or refuted in the same way as hypotheses about, for example, the standard model of particle physics. We cannot force people to partake in experiments as we can quarks. The social sciences are plagued by these fundamental limitations and methodological weaknesses.

The social sciences have thus taken on the mantle of ‘science’ without the seriousness of the method. Moreover, the lack of political diversity within the overwhelmingly leftish milieu of the social sciences means that dissenting views are resisted while conformist ones are accepted.

Social-science findings are based on politically motivated studies, produced by an ideologically unrepresentative academy, to support the social narratives of their like-minded colleagues. The search is not for objective truth, but for that which supports pre-existing beliefs. Seek, and ye shall find an oppressive capitalist patriarchy.

The number of subjects in which certain lines of academic inquiry are considered unacceptable is increasingly broad. Research in gender studies is acceptable so long as it does not conclude that variations in outcomes between men and women could be the result of innate differences between them. Social psychologists were ferocious in their fight to banish evolutionary psychology, which suggested that not all the sins of man might be a result of the corrupting influence of society. And IQ research flies so directly in the face of the dogma that we are all created equal that it is essentially untouchable.

To question these narratives would risk destabilising the assumptions on which ‘progressive’ movements are built, so leftists engage in these games of intellectual gerrymandering.

Political biases are driven by perverse incentives in both academia and the media. So, in fields in which one’s colleagues are overwhelmingly of a specific political persuasion, there is a strong incentive not to rock that boat lest it jeopardises career advancement.

There is also a misconception that research is a dispassionate reporting of factual findings. But that’s not the case. Social scientists, whose prime (and often only) readership is other social scientists, understand that a paper which draws far-reaching conclusions suiting an established narrative is more likely to be supported and cited.

Media outlets might then draw on such research to lend their own political views the aura of scientific and academic legitimacy. Left-wing media outlets, in particular, act as if policy proposals follow naturally from academic studies, which are themselves beyond reproach.

This means that left-wing media outlets, drawing their authority from left-wing social scientists, act as if their political worldview is coming from a place of truth. The Guardian describes itself as ‘free from political and commercial bias’ and engaged in the ‘struggle for truth, humanity and justice’, as though the three must invariably align with their left-wing discourse. The Washington Post adopted the absurdly histrionic slogan ‘Democracy Dies in Darkness’ in 2017, as though the election of Donald Trump signalled a constitutional crisis instead of merely being politically unpalatable.

The implication, of course, is that the right-wing media are little more than scientifically illiterate fake-news machines. It is the left-wing media who are the keepers of knowledge and the protectors of scientific (and moral) truth. This despite the fact they are no less inclined to exaggerate reporting of scientific literature in the pursuit of clicks.

The left has pushed for decades to expand the remit of scientific knowledge without accepting the limitations of the scientific method. They are now entirely comfortable side-lining inconvenient truths which challenge their a priori beliefs.

Science is wielded by those on the left as a stick to hit those who ask reasonable questions. They have opted for expediency over intellectual seriousness. In doing so, they encourage the politicisation of scientific knowledge and the scientification of morality. In abusing science, the left is destroying political debate.