Germany’s populist revolt against the lockdown

The ‘Freedom Day’ protesters are challenging far more than the Covid restrictions. 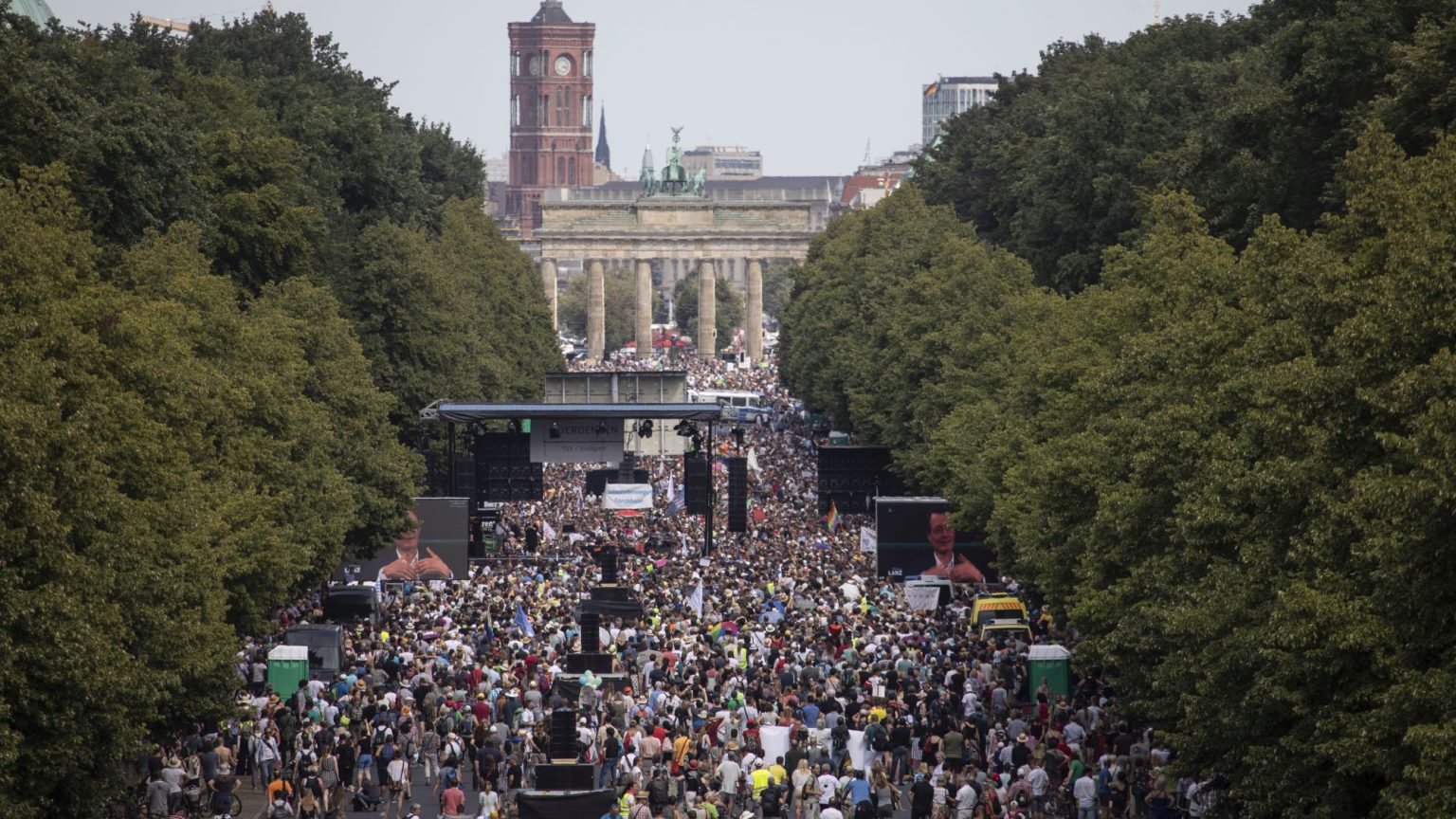 Tens of thousands gathered in Berlin last weekend to proclaim ‘Freedom Day and the end of the pandemic’. The event couldn’t have been more controversial.

One side (the vast majority of commentators and politicians) referred to the demo as a ‘dangerous development’. The protesters were labelled as reckless government-haters who posed a risk to other people’s health. The word Covidiots came up again and again (including in a tweet by the leader of the Social Democrats, Saskia Esken). Government minister Peter Altmeier demanded harsher penalties for those violating social-distancing rules.

The protesters, on the other hand, saw themselves as ‘freedom fighters’ against ‘dictatorship’ and ‘single-party rule’. Disagreement arose even with regard to the size of the demonstration. Were there 20,000 participants, as reported by the police? Or were there up to one million, as the alternative, left-liberal media platform Rubicon (the ‘magazine for the critical masses’, as it calls itself) claimed?

One year before the country heads to the polls to elect a new government, coronavirus has become the latest symbol in the battle over truth and public opinion. Those who, at the beginning of the crisis, believed the virus would help overcome political divisions couldn’t have been more wrong. Even the oft-repeated assertion that the pandemic has restored confidence in Angela Merkel and her grand-coalition government could still prove to be flawed.

The government has come under pressure from new protest organisations. Michael Ballweg, an IT specialist, is one of the founders of Querdenken. He proudly promised at the Berlin demo that he and his organisation were here to stay. He organised the demonstration together with the bus-drivers’ association, Honk for Hope, which helped to bring people from around the country to the capital.

In a clever move, Ballweg has also announced that he intends to stand as a candidate in the mayoral election in his home city of Stuttgart in November this year. The media reports portray his supporters as crackpots, anti-vaxxers and right-wing or left-wing extremists. This makes it unlikely that he will win. There is of course also still a widespread fear of the virus. But his candidacy will hopefully shake things up.

Before the Berlin demonstration, he gave an interview to Rubicon. His scepticism of the government’s Covid restrictions, he says, was roused during the early phases of lockdown as scientists and doctors who had taken a different, less restrictive line, had increasingly been ignored or even censored: ‘I began to ask myself what possibilities people have to protest against measures they might not agree with, if not through the right to assemble, and free speech.’ He also feels that whenever fact-checkers popped up on social media, we, as self-thinking citizens, should look especially closely at what is being dismissed. His concern now is that restrictions which were imposed temporarily are proving to be permanent. ‘The pandemic is over when the people say it is’, is his line of protest.

It is telling that an organisation like Querdenken, which has seemingly sprung out of nowhere, can mobilise so many people – despite all the ridicule in the media and the threats from politicians it has attracted. The claim that the government’s concern was only for people’s health would be more credible if its response to its critics hadn’t followed such a well-established pattern. Calls for more ‘fact-checking’ and appeals to abide by an officially accepted line have accompanied almost every social and cultural conflict in the past few years.

As early as 1966, the renowned humanist and anti-Nazi philosopher Karl Jaspers described German politics as being dominated by a party oligarchy, which upholds control and power. The postwar political system, he wrote, reflected a deep-seated fear of the people. Yes, citizens were allowed to vote every four years, but only for candidates that were hand-picked by members of the party-hierarchy.

In addition, a system of party financing, alongside a five per cent threshold for all parties at general elections, have made any challenge to the established oligarchy very difficult. ‘The active participation of the dangerous people was to be kept to a minimum’, Jaspers wrote in his best-selling Wohin treibt die Bundesrepublik?. In this system, citizens became subjects.

Jaspers’ book was published in the year of the first grand coalition after the war. Of course, much has changed, and several new parties have appeared since. Yet now that governing by grand coalition has almost become the norm, Jaspers’ theory about a political oligarchy seeking to dominate politics seem surprisingly prescient.

Perhaps the protests against the Covid restrictions could be the start of a new populist opposition movement to the whole establishment. In any case, all those who wish for more freedom, an end to the rule of the oligarchic parties, and more respect for free speech, should observe these developments in Germany with interest.