Abolish the House of Lords

Even with good people in it, the second chamber plays a singularly destructive role in British politics. 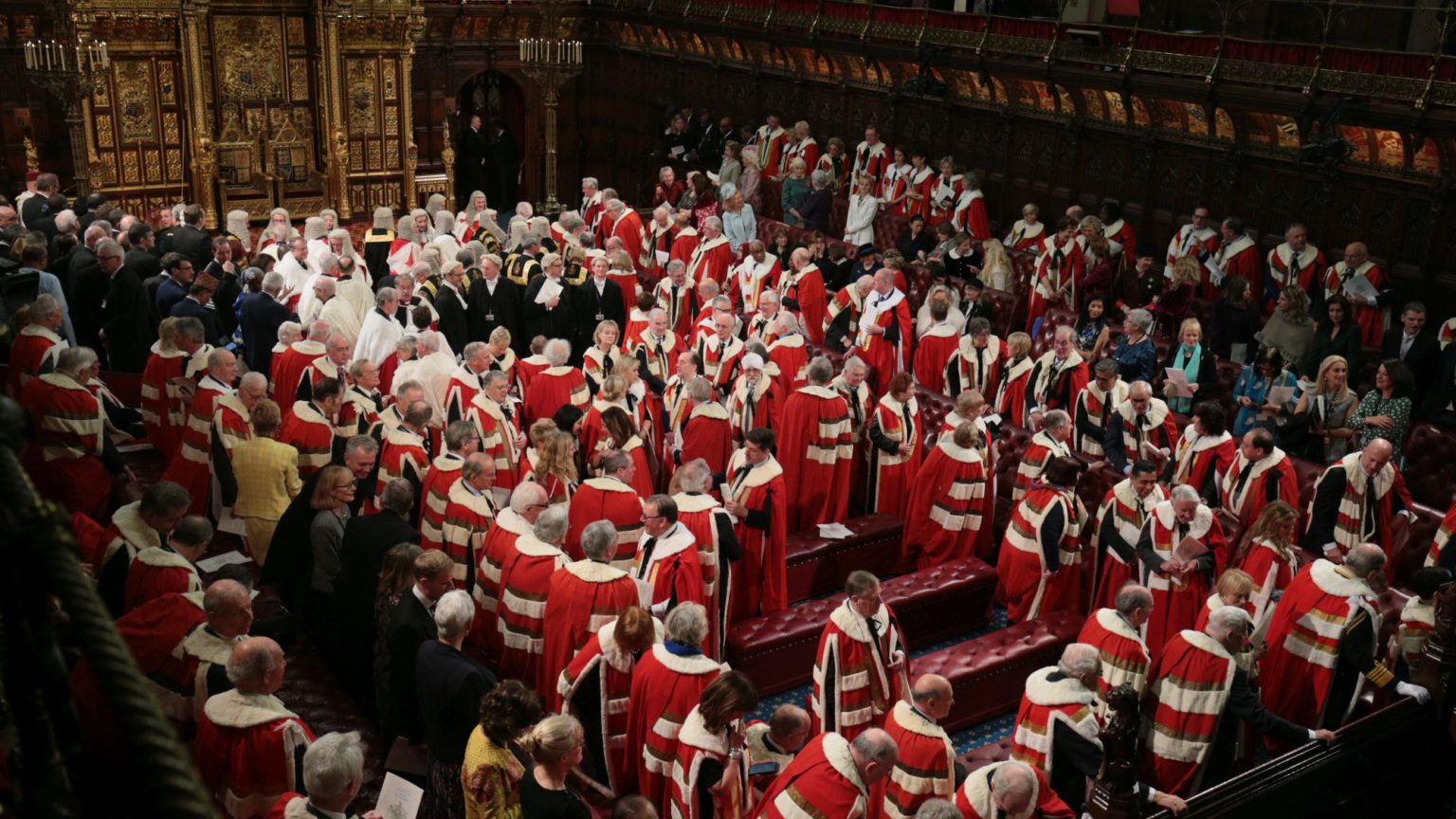 The liberal elite in this country has no shame. For four years it whooped and salivated as the House of Lords used its unelected, unearned clout to try to stymie and even stop Brexit. These peers are our last hope to kill off the horrible thing that 17.4million racist dimwits voted for, they trilled. Peers voted time and again to block and complicate the passage of Brexit, much to the glee of the Remain-leaning middle classes. In a clash between unelected posh peers who love the EU and the largest democratic bloc in the history of this country who voted to leave the EU, Remoaners knew which side to take: the feudalistic machinations of the most undemocratic chamber in Europe over the democratic desires of the masses.

Yet now, following the publication of the government’s list of new peers, these same Lords-lovers have decided that the second chamber is a foul, rotten institution, after all. Why? Because the newly ennobled include Tory pals of Boris Johnson, including his brother, former minister Jo Johnson, and, even worse, some Brexiteers. Three of the new peers in particular have rattled the one-time cheerleaders of the second chamber’s plots against democracy – former Labour MPs and Brexit stalwarts Kate Hoey and Gisela Stuart, and former Brexit Party MEP, and friend of spiked, Claire Fox. That’s it, the Remainer elites cry: get rid of the Lords!

It’s nice that they have come around to the argument spiked has been making for the 20 years of our existence: that the House of Lords is an insult to democracy and should be abolished. Not reformed, not trimmed (even if 800+ peers is ridiculous), and not ‘made more democratic’ – you can’t make a silk purse from a sow’s ear. No, abolished. But of course, they have arrived at this position for entirely cynical, tangential and no doubt temporary reasons: because the Lords now contains people they despise. Apparently only decent, Remain-backing folk like them should ever get to don the ermine robes of this bloated, privileged, populace-defying institution.

spiked takes a wholly different position, one that is driven by that terribly old-fashioned thing, principle. In this case, democratic principle. In our view, nobody should be given a seat in the House of Lords. Not Remainers, not Brexiteers, not sinners, not saints, not anybody. The House of Lords should not exist. Whether its members are ‘good’ or ‘bad’ people, principled or self-serving, on the side of Brexit or on the side of stopping Brexit, makes no difference. Because as an institution the Lords plays one role and one role only: it polices and frustrates elective democracy.

The Lords, in the words of the 18th-century revolutionary Thomas Paine, is ‘the remains of aristocratical tyranny’. It has its origins in feudal England, specifically in councils of ‘wise ones’ – religious leaders and powerful landowners – who would gather to advise kings in the 12th and 13th centuries. Following the creation of the first, far from democratic parliament in 1295, these monarchical consulters went on to form what would become the second chamber: the House of Lords to the House of Commons. Those who say it’s too far-fetched or impossible to abolish the Lords should bear in mind that it’s been done before. In 1649, during the English Revolution, and following numerous frustrations of the revolutionary will by the inhabitants of the Lords, the Commons decreed that the Lords was ‘useless and dangerous to the people of England’ and got rid of it. This England liberated from the Lords lasted only for a brief time, sadly.

In killing off the House of Lords, the Commons was making good on one of the demands of the revolutionary Leveller movement, which in 1648 demanded that the Commons should be ‘the supreme authoritie of the people’ and should be defended against ‘all pretences of Negative Voices, either in King or Lords’. This is spiked’s position, too. That Britain should be a unicameral system, in which no unelected power or person – however ‘good’ the person might be – has any right whatsoever to pore over and potentially alter the will of the Commons.

It is not remotely coincidental that the Lords sought to frustrate the revolutionary will of the 1640s and the Brexit revolution of the 2010s. It didn’t do these things because it was inhabited by ‘bad’ people. Rather, this is what the Lords exists to do: to temper, tame and in some instances block the will of the Commons and the will of the people, especially when that will poses a threat to establishment interests, as it did during the revolution and following the vote for Brexit. The Lords must be abolished as a matter of democratic urgency.

Of course, those sections of the Remain elite that are now bristling at the Lords because some Brexiteers have been ennobled to sit on its benches are not driven by democratic principle. Rather, they’re essentially saying: ‘Who let this riff-raff in?’ They were fine when a majority of the Lords looked and sounded like them; when a majority of peers used their unearned power to try to silence the masses. They’re only reaching for the smelling salts now because ‘dreadful’ people like Hoey, Stuart and Fox have been granted entry. They are anti-democratic hypocrites.

And yet there is a problem on the other side of this latest discussion, too. Some in the Brexit camp have argued that the ennobling of Brexiteers is a positive thing for democracy, even that it confers recognition or legitimacy on Brexit. It proves Boris takes Brexit seriously, apparently. And of course it adds new Brexit-defending voices to a notoriously Remoaner chamber. This is naive, and possibly dangerous. Democracy cannot be defended in an institution built on anti-democracy. The Brexit revolt cannot be protected by a body designed to temper the revolting desires of the people. The people’s desire to break free of the EU and take back democratic control cannot be fought for in an institution that poses a greater threat to British democracy than the EU did. If the government truly wanted to signal its recognition for the spirit of Brexit it wouldn’t have stuffed the Lords with more people – it would have given the people a referendum on the future of the Lords.

Brexit isn’t therapy. The vote to leave the EU was not a cry for help or for recognition. The people of Stoke-on-Trent and Merthyr Tydfil and Essex did not vote for Brexit, and stick with it during the deranged meltdown of the Remainer establishment, in order to witness the ennoblement of people who share their views on the European Union. Rather, they wanted more democratic clout. They wanted power. There is now a very serious risk that Brexit will become a museum piece, institutionalised (and possibly neutered) in the Lords rather than enacted in the concrete world of people’s lives and people’s power. Sure, we’ve left the EU, and the trade talks continue, but what about the spirit of Brexit? What about the masses’ historic call for control and influence? What about making good on ordinary people’s radical insistence on their right to influence public life?

The Lords remains, in the words of the Commons in 1649, ‘useless and dangerous’ to the people of Britain. Changes in personnel do not alter that one iota. The Brexit spirit can no more be embodied in the Lords than a camel can go through the eye of a needle. It has to go. Be brave, Boris: promise us a referendum on the Lords. If you do, you will continue to win the support of the teeming millions out there who want Britain to be a greater democracy than it currently is.