‘Wokeness is being pushed on everyone’

Helen Pluckrose on the dangerous explosion of critical social justice. 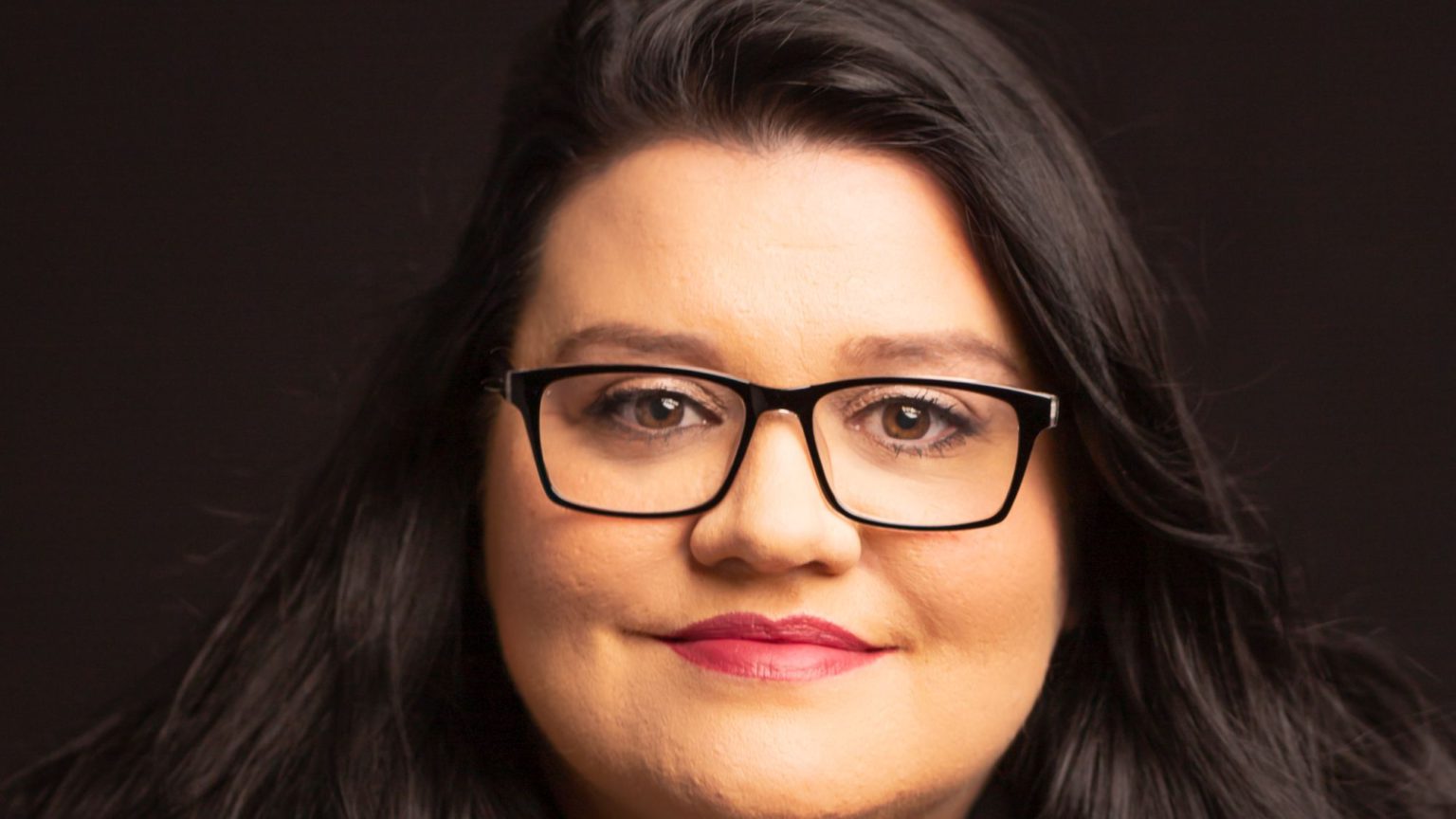 Wokeness is more prevalent than ever. Big businesses and public institutions are kow-towing to the latest activist trends. Cancel culture is engulfing more and more wrong-thinkers) in its (self-)righteous flames. Social media is awash with right-on, virtue-signalling images and essays, and almost daily there is a new racism scandal. Universities have long been recognised as a key battleground in the culture war. The blame is often placed on snowflake students. But the academy’s role in producing these developments stretches back several decades. Helen Pluckrose is the editor of Areo magazine and co-author, with James Lindsay, of a new book, Cynical Theories: How Activist Scholarship Made Everything about Race, Gender, and Identity – And Why This Harms Everybody. spiked caught up with her to find out more.

spiked: What is the thinking behind the explosion of wokeness taking place at the moment?

Helen Pluckrose: It comes from a mixture of postmodern scholarship and leftist activism. People sometimes try to explain it too simply, when it actually has lots of strands. At the centre is a postmodern conception of knowledge, power and language. In short, there is the belief that knowledge is a construct dependent on dominant ways of talking. The powerful get to say what knowledge is and dictate how things are spoken about legitimately. Everybody on all levels of society speaks into this and perpetuates the power imbalance. These invisible systems of power are known as things like patriarchy, white supremacy, imperialism, cis-normativity, hetero-normativity, fatphobia, and ableism. These are all understood to be omnipresent below the surface, and to reveal themselves in the way people speak about things. Therefore, there is a need to interrogate speech and pick it apart and find the problematic biases behind it. That is the basic philosophy underlying it all.

spiked: How did this thinking develop?

Pluckrose: These ideas arose in the late 1960s, when people from different disciplines suddenly started saying they were sceptical of meta-narratives, that knowledge was a social construct, and that language could not convey meaning reliably. There was a critical attitude towards everything we thought we knew. This was a really aimless development, because if you do not believe language can meaningfully convey anything, you cannot really use language to change anything. As a result, this movement burnt itself out by the middle of the 1980s.

But around 1989 there was another flood of new writing, in which people like Kimberlé Crenshaw, Judith Butler, Mary Poovey and bell hooks all started saying postmodernism had some useful tools, but was not very good for activism. There had to be some kind of objective truth, if we were going to say certain people in a certain place are disadvantaged. They all wanted to use the idea of social constructivism, but also identified power structures that they felt were objectively real. That was a dramatic change. Then came intersectionality, queer theory, critical-race theory and later disability studies and fat studies. They all drew on this idea that society is socially constructed through language to oppress certain people.

This then developed and became more and more confident and clear until around 2010, when we suddenly saw a real kind of merging of all of these ideas into the intersectional framework, also known as critical social justice. We have gone from a scepticism towards meta-narratives to a social justice meta-narrative. And that has been escalating, particularly in the last five years, and especially this year.

spiked: What are the most revealing examples of this trend?

Pluckrose: One key example is cancel culture. We have had all these different marginalised identities for a little while. But in the last year or so, things have been refining, and now we are really looking at two key identities. Activists are not so worried about women as a sex anymore. This is evident from all the Karen memes. Similarly, activists feel gay men are not consistently being intersectional, and have lost some of their interest in the gay identity cause. What we have ended up with is race and transgender.

Gender-critical feminists are being cancelled and chucked off platforms for saying they believe that ‘woman’ is a biological definition. This is understood to be transphobic. There has been a big pushback against people like JK Rowling for challenging these doctrines. These people took a big risk in stating their positions.

The race issue has been gaining prominence for a couple of years now. People see more and more evidence of racism in everything. Scholars like Robin DiAngelo have been extremely influential. In the UK there are Reni Eddo-Lodge and Layla Saad. Saad and DiAngelo especially, in very clear and instructive language, assert that a system of whiteness exists, which white people recreate and perpetuate in almost everything they say and do. The question is not whether racism took place in a given scenario, but how it manifested itself in that scenario. The assumption is that racism is there – and everywhere. Any detection of it by somebody who is thinking in the ‘right’ theoretical way is accepted as authoritative. In America, where the recent explosion of anti-racist protests began, there is a genuine problem of racism. But a particular theoretical approach is now being pushed on everyone.

spiked: Big businesses are signing up to whatever the latest woke trend is. What motivates this virtue-signalling? And does it actually reflect public opinion?

Pluckrose: It is hard to say. It is fashionable, and has worked in the service of capitalism. For companies to take a certain approach helps their brand, whereas being seen to oppose it could damage their brand. I don’t know what number of owners of large corporations are actually fully subscribed to the woke ideas – it probably isn’t a lot, but there is certainly pressure to seem to do so.

Despite what the backing of prominent institutions might imply, I think these woke causes are supported by only a minority of people. It is not so uncommon for society to work this way. Look at theocracies, where perhaps only five per cent of people are theologians who teach the core values, but they are accepted by wider society as a benchmark for showing goodness and virtue. People either accept it without really understanding it, or just refrain from arguing with it. There are definitely parallels between that scenario and society today.

spiked: In what ways are these developments dangerous?

Pluckrose: I am getting dozens of emails a day from people saying their employers are expecting them to affirm their belief that they are themselves racist and commit to unpicking it, or even commit to the aims of the Black Lives Matter movement. This must not be a workplace requirement. Employers should be able to demand certain types of behaviour from staff, but not certain beliefs.

I think it is also damaging because we are such social animals and we want to see ourselves as good people. It is most frightening for liberals to be accused of being racist or sexist or homophobic. People who genuinely are any of those things are probably more immune to it.

The biggest threat at the moment is the undermining of the concepts of plurality, freedom of belief, freedom of conscience – not even so much freedom of speech, which we in the UK have been worried about for quite a few years now. But there is this idea that you must believe in this particular ideology of sexuality or race, and that it is the neutral position. We have employers doing anti-bias training, but people report to me that those employers do not really know what is in that training. It’s just one of the things that they need to have done, a bit like health and safety. But really, it is demanding that people have a certain conception of society, that they see certain people as privileged and certain people as marginalised, and that they accept this is perpetuated by certain ways of talking about things.

spiked: The justification given for a lot of social-justice activism is that it’s defending oppressed groups or elevating their voices. Is there any truth to that claim?

Pluckrose: I think it is probably helping in some ways. It is empowering some minority groups, giving them a tool to push back against racism or transphobia. But I think most scrupulous liberal people would not abuse that tool. Some people are abusing it, and that is quite worrying. The problem with social-justice activism is the idea that all black people believe in critical-race theory, or that all trans people take on queer theory, and that really is not indicated by any of the studies that have been done. In the US, those studies show that the real critical social-justice activism and scholarship is overwhelmingly white and middle class, whereas black and brown Americans have more moderate views.

spiked: What, if anything, can we do to challenge these trends?

Pluckrose: I think we need to learn how to argue back and to be confident in doing so. Too many people are staying quiet. Maybe they are conflict-averse or have genuine fears. But because we have been a liberal society for so long now, we have not had to argue for the values that support that kind of society. A lot of people simply don’t know how. They are arguing that social-justice activists are hypocritical, because they are racist against white people but also say that racism is wrong. But it is not hypocritical, because they have never claimed to have consistent ideas about racism. We really need people to understand how the system works, and to confidently say they don’t believe what these activists believe – to say they have ethics and principles which work on the basis of the individual and of our shared humanity, not on identity groups.