The government has lost control

The masks u-turn shows it has surrendered its authority to ‘the science’. 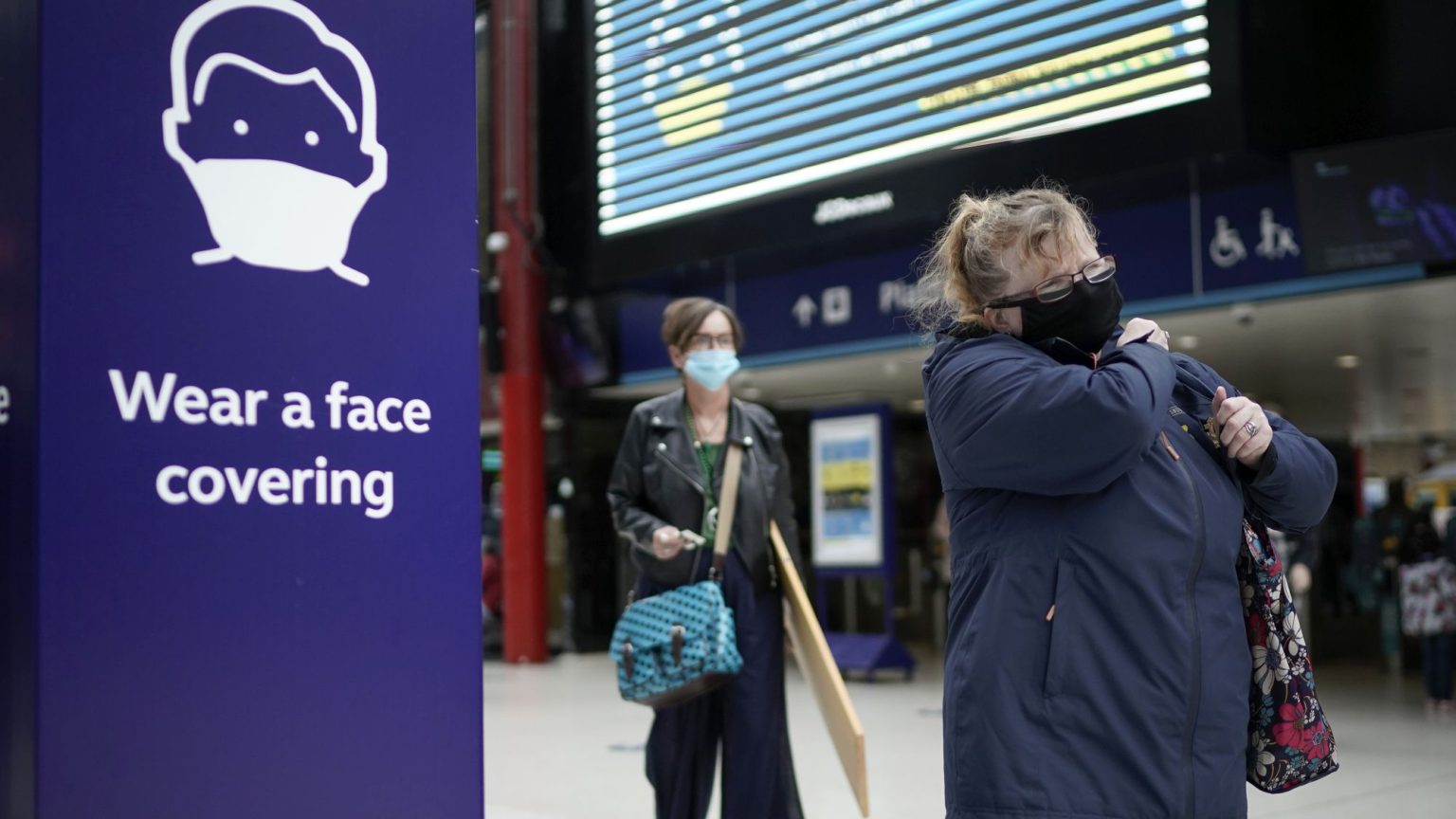 They couldn’t have picked a worse way to signal that the economy is ‘back open for business’. This week, just days after high-street shops were allowed to reopen after months of closure, the UK government announced that, from 24 July, shoppers in England will be required to wear masks.

This is yet another sign of a nervous government, unable to follow its own path and published scientific guidance. Instead of showing political leadership, No10 has been spooked into knee-jerk, on-the-hoof policymaking by noise from scientific and non-scientific pundits alike, many of whom are far more interested in fearmongering to advance their own agendas than in protecting the public. The government has lost control.

Had this intervention been made at the beginning of the lockdown back in March, it might have been more plausible. But 123 days of lockdown will have passed when the new regulation comes into force. During that time, the fatality rate peaked in early April, at around 1,100 per day. Just 11 deaths were announced on the day of the government’s announcement on masks.

Advice published by the government on 11 May, and updated on 9 July (just four days before the face-masks announcement), claimed that ‘the evidence of the benefit of using a face covering to protect others is weak and the effect is likely to be small’. The issue of face masks has been a matter of scientific controversy from the start of the outbreak, marred by a lack of understanding of the virus’s mode of transmission.

Some experts argued that, of course, masks would help slow the infection rate – particularly if the virus is transmitted by airborne particles exhaled by infected people. But others pointed out that improper use of face masks can amplify risks, for instance by acting as a reservoir for virus particles that, when the mask is touched, can then be passed by unwashed hands to other surfaces. It seems that today’s mantra of ‘listen to the science’ is not as straightforward as it seems.

It is the precautionary principle that prevails in lieu of clear scientific evidence. In such circumstances, all that the alarmist and authoritarian need to do is demonstrate that some degree of plausibility exists in their claims. These claims, untested and unchallenged, are then elevated to the status of ‘the science’, whereas any contrary position becomes ‘anti-science’, and a callous gesture.

On that basis, the Royal Society published, on 26 June, a ‘rapid review of the science of the effectiveness of different face-mask types’ – a dense, 37-page tract which made the case for face masks. It was neither peer-reviewed nor opened to wide expert and public debate before being used to argue for policy.

On 7 July, the president of the Royal Society, Venki Ramakrishnan, appeared on BBC Radio 4’s Today programme, using the non-peer-reviewed research he had published to argue for compulsory face coverings. He said the refusal to wear a mask should be considered as ‘anti-social’ as drink-driving. Government must be ‘stronger and clearer about the messaging’ on face masks, he demanded. But the hasty assembling of research articles in support of a policy position is not science, and demanding that the government introduce new ‘taboos’ is naive and clumsy social engineering, not careful examination of the facts.

Scientific controversy in the 21st century, then, is settled by institutional weight and muscle, not by experiment. We should be suspicious of such a rapid transformation of the science, from controversy to compulsion in just a few short weeks, without the backing of experimental data, let alone debate. Such hasty ‘science’, produced only for the purposes of policymaking, is as likely to be wrong as it is right, and as likely to be dangerously misleading as it is to yield even negligible benefits.

Meanwhile, as scientists and scientific institutions jostle for position over policymaking, it is the individual’s capacity for making judgements about his or her own exposure to risk that is eliminated.

The requirement itself is a signal that what had just been declared safe – shopping – is in fact a deadly risk. Some claim that mandatory face masks will put people at ease, and encourage shoppers back on to the high street. But this is a bit like arguing that telling people to carry an umbrella will persuade them that it is not going to rain. The high street and our economic recovery will take another hit.

Overdependence on ‘the science’ – that is, on scientific institutions – also denies the government agency, leaving a vacuum where, during a crisis, there needs to be political leadership. In May, Ramakrishnan told the BBC’s Andrew Marr that ‘what [scientists] don’t want is, when faced with very uncertain facts that are rapidly emerging… to be blamed or found culpable in hindsight when more evidence comes along and the evidence changes’. The president of the Royal Society wants to have his cake and eat it: he wants the government to defer to institutional science, but not for science to be accountable for this influence.

This is convenient, given the fact that institutional science has disgraced itself during this pandemic. Wild prognostications of half a million deaths seem to have forced the government into a society-wide lockdown, rather than focusing its resources on the needy – many of whom were left to rot in care homes. Moreover, there have been many transparent cases of individuals using their scientific profiles politically – to embarrass the government and to settle grievances.

‘Face masks work!’, concludes a press release from the University of Oxford, in bold type, trumpeting its Royal Society-commissioned review. Well, maybe they do. But to what degree, and at what stages of a pandemic’s cycle, do they ‘work’? Could making them mandatory by law do more harm than good? And given new prognostications about a ‘second wave’, and the upcoming flu season, how long will they be mandatory for?

The government, weakened by its capitulations to breakfast TV anchors, politically motivated scientists and scientific institutions, may find itself unable to roll back policies which turn out to do more harm than good. Politicians and voters have been displaced by scientists and scientific institutions, keen to dominate the policymaking sphere, but unwilling to be held accountable for their mistakes.