The policies of Nicola Sturgeon's government left far too many vulnerable and elderly people at the mercy of Covid-19. 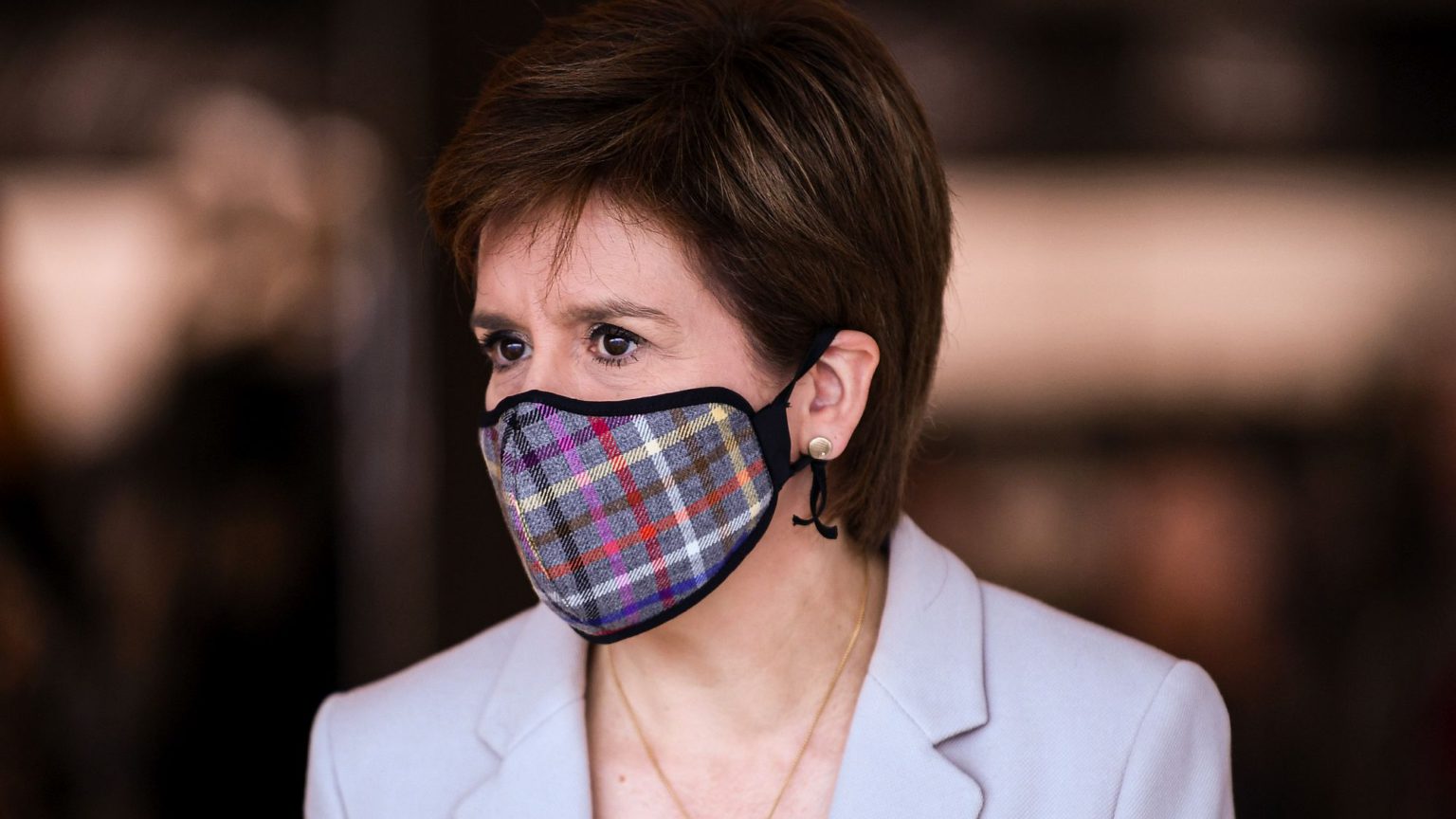 UK prime minister Boris Johnson has been roundly and rightly criticised for claiming that the coronavirus outbreak that has ravaged care homes in England and Wales could be explained away because ‘far too many care homes didn’t really follow the procedures’.

As many working in the sector pointed out, care homes did follow government procedures. And it was these procedures, including emptying NHS hospitals of elderly patients, untested for Covid-19, straight into the care system, that led to the high numbers of Covid-19-related deaths in care homes. One head of a care charity described the situation as ‘Kafkaesque’: ‘The government sets the rules, we follow them, they don’t like the results, they then deny setting the rules and blame the people who were trying to do their best’.

However, more striking than Johnson’s crassness is the veritable silence on deaths in care homes in Scotland. Especially given care-home deaths in Scotland account for almost half of virus-related casualties during the lockdown.

Indeed, many north and south of the border have actually praised Scotland’s first minister Nicola Sturgeon for her administration’s handling of the crisis. Her champions claim she has protected the Scottish people in a way Johnson has not protected the English.

But this is a gross misrepresentation of how the pandemic has actually played itself out in Scotland, and is certainly not borne out by sober analysis of the data. Far from protecting Scotland, the evidence suggests that the SNP-imposed lockdown has needlessly exposed the country’s most vulnerable citizens to Covid-19.

Compared with the rest of the UK, these figures are striking. Covid-related death rates in care homes in England and Wales are reported at only 21 per cent and 24 per cent respectively. The SNP government simply did not ‘support the most vulnerable people’, as a Glasgow University-based think tank urged it to do in April. Instead, the mistakes and strategic errors of Scotland’s politicians have led to many preventable deaths, principally in the care-home sector.

First, a caveat. As Sturgeon has been quick to point out, England’s Office for National Statistics (ONS), uses a different measure to that used in Scotland. So it could be underreporting deaths in England’s care homes. Moreover, looking across Europe, it is difficult to find a national example of where the virus hasn’t had a detrimental impact upon elderly people in their respective residential-care environments.

Nevertheless, the Scottish government should still be held to account. What is clear is that while both English and Scottish administrations have made errors in their approach to the pandemic, the rate of deaths in Scotland’s care homes is a matter for serious concern.

Looking at excess mortality rates allows for a more reliable comparison of Scotland’s performance with that of other European nations, and for a more robust analysis of how the virus has impacted on Scotland. Excess mortality is regarded as a more reliable measure, as it takes into account the number of deaths above and beyond those one would normally expect to see throughout an average year. When considered alongside other factors, such as population density, transport infrastructure and demography, it is possible to build a picture that suggests the virus has had a disproportionate impact upon Scotland as a whole, and the Scottish care-home system in particular.

Given that Scotland has a far lower population density, and a far less globally integrated transport network – all important factors in how the virus is transmitted and spread – one should not expect the impact of the virus in Scotland to have been as severe as it has been. According to government figures, by late June it was estimated there were 1,400 active Covid-19 cases in Scotland. Given Scotland’s population, that would mean a one-in-3,928 chance of coming into contact with someone who has the virus.

The disproportionate impact of the virus within care homes is a result of the way in which the NHS acted as the principal vector for the spread. This is a consequence of the Scottish government’s tragic decision to send elderly NHS patients into the care-home system without first establishing if they were Covid free, all in order to free up hospital beds.

This has been justified on the grounds that Scotland was expecting a massive explosion of cases. But this explosion never materialised – and the £43million Covid-19 facility, NHS Louisa Jordan, based at the Scottish Events Campus (SEC) in Glasgow, remains empty and unused to this day.

Speaking on BBC Radio 4’s Today programme on 11 May, deputy first minister John Swinney was unable to confirm that mandatory testing of NHS patients being sent to care homes was taking place. Little wonder, then, that even as the Scottish death rate falls, and infection rates decline, the rate of Covid-related deaths in care homes has remained disproportionately high.

Despite compelling evidence of the link between untested patients and the spread of the virus in care homes, the Scottish government has remained wilfully oblivious to it. Instead, the SNP has sought to blame care-home owners and managers, anticipating Johnson’s own move to do likewise by several weeks.

So, when asked at Holyrood’s health committee meeting on 4 June why Covid-19 has had such an impact on Scottish care homes, health secretary Jeane Freeman said that ‘infection prevention and control should… not be new to care homes. It is clear that many felt better prepared to enhance their measures. Many might have felt that that was more a normal part of their regime than others did.’ Freeman was suggesting that the fault lies within parts of the Scottish care-home system, rather than with SNP policy.

When asked if the procedures implemented by the Scottish government to send elderly patients into the care-home system involved testing for Covid-19, Freeman confirmed that ‘during the early period of the outbreak, they did not’. Yet, rather than being held to account by politicians or media, the Scottish government has been allowed instead to politicise the pandemic, and busy itself with comparisons with its English counterpart.

The devolved nature of health in Scotland should have provided an opportunity to develop an alternative pandemic strategy, one better suited to Scotland’s specific demographic and geographical characteristics. Such an approach would have had a markedly different impact on the way the virus has played itself out in Scotland. But tragically, Sturgeon, without much hesitation, baulked at the chance to develop a Scotland-specific approach. Instead, she was more than happy to follow the lockdown lead set by Westminster.

What should have been a question of logistics and targeted healthcare has instead become a game of political one-upmanship. For Sturgeon, the lockdown, not protecting the vulnerable in the care-home system, was the yardstick by which her administration’s success was to be measured. And the harder her stand on it, the more authoritative she appeared.

But while Sturgeon can view this as a political success, it has come at the cost of elderly people’s lives. The Scottish government’s inflexibility and political cynicism bodes ill for an already failing Scottish healthcare system – and offers cold comfort for those in our care homes.