The shameful history of the anti-smoking crusade

Jacob Grier's The Rediscovery of Tobacco shows how the war on smoking has been built on junk science, class snobbery and plenty of cash. 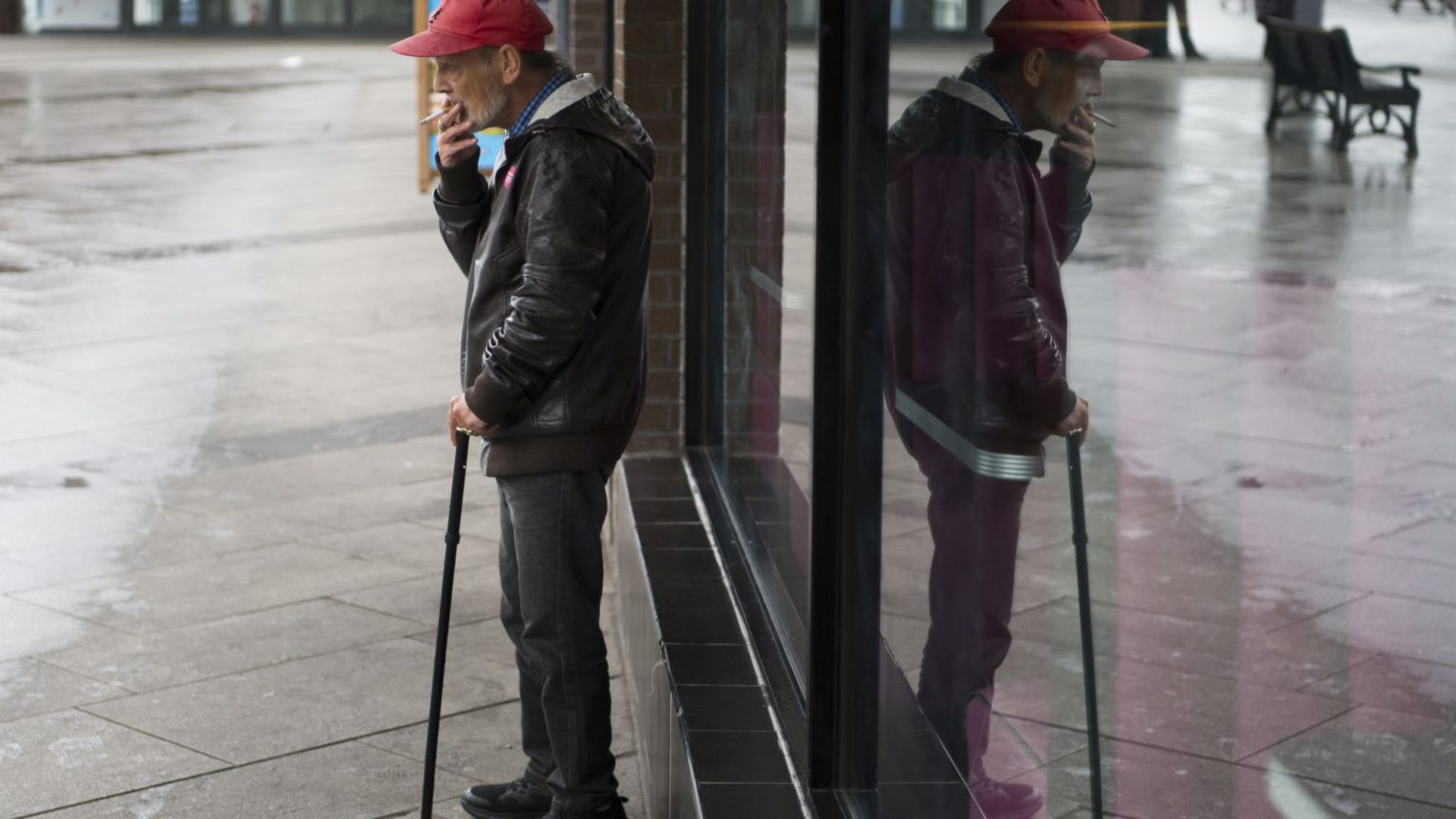 Jacob Grier doesn’t like cigarettes. He doesn’t smoke cigarettes. He advises people against smoking cigarettes. And yet he believes that adults should be allowed to smoke cigarettes without being harassed, demonised, over-taxed and thrown out of every building in America, including, in some cases, their own home. This view, which was once so uncontroversial as to go without saying, makes him virtually a libertarian provocateur today. In The Rediscovery of Tobacco, Grier explains how this cultural revolution happened.

It is unusual for governments in modern democracies deliberately to encourage intolerance and animosity towards a large group of fellow citizens, but that is effectively what happened when ‘denormalisation’ was embraced as a tobacco-control strategy. The restraints of the US Constitution mean that many of the policies available to anti-smoking campaigners elsewhere, such as advertising bans and plain packaging, are out of reach, and so, rather than targeting the product, American crusaders have forcefully targeted the consumer.

It is the petty vindictiveness of America’s ever-expanding network of smoking bans that really irks. There will soon be nowhere left to hide. If it is not obvious to you that most ‘smoke-free’ laws are contrivances to force smokers to quit, rather than to ‘protect’ nonsmokers, this book will surely persuade you. It is almost comic to watch the quackademics of ‘tobacco control’ garrotting science to justify bans on smoking outdoors and in private dwellings. When the dubious epidemiology of secondhand smoke outlived its usefulness, the concept of thirdhand smoke was invented to persuade the public that they are at risk from anything that had ever come into contact with smoke: furniture, carpets, wallpaper and, most pertinently, the clothes, hair and skin of smokers themselves. In the land of the free, campaigners would rather encourage mass hypochondria than admit to being paternalists.

The mere sight of someone smoking is viewed as sufficiently dangerous to justify criminalisation. When New York City’s health commissioner wanted to ban smoking in Central Park in 2010, he asserted that ‘families should be able to bring their children to parks and beaches knowing that they won’t see others smoking’. The ban was introduced the following year.

By the time vaping became a mainstream activity in the early 2010s, the anti-smoking lobby was well practised in the art of manipulating public opinion. The greatest harm-maximisation innovation of the century was no match for people who could get away with making three preposterous claims before breakfast. By 2019, a steady stream of junk science and outright lies from supposed ‘public health’ groups had convinced two-thirds of Americans that e-cigarettes were as hazardous or more hazardous than traditional cigarettes.

The anti-smoking fanatics get away with it, Grier argues, because they have had no accountability since the turn of the millennium. By the mid-1990s, the American tobacco industry had become a byword for corporate malfeasance. By the end of the decade, cigarette companies had finally stopped trying to dispute the addiction and harm associated with their products and closed down front groups such as the Tobacco Institute. On the face of it, this was no great loss to smokers, but one effect of the industry withdrawing from the stage was to leave the anti-smoking lobby free to say almost anything. The threat of having their work picked apart by the Tobacco Institute ‘helped enforce rigour in anti-smoking research in much the same way that the adversarial process in a courtroom trial forces both sides to justify their claims with evidence’. Without it, it was open season for junk scientists.

Meanwhile, the spectacular collapse in trust in the industry gave the media the only story about smoking it would ever need. It became a simple morality tale in which there was no doubt about who the goodies and baddies were. Those who called for greater restrictions on smoking wore a halo, while those who defended smokers’ rights were suspect. Journalists were understandably anxious not to be fooled again, but their lack of scrutiny of the anti-smoking side amounted to giving a free pass to extremist cranks and fostered ‘a scientific environment in which research is judged primarily for its usefulness in promoting the goals of tobacco control, dissent is punished by personal attacks, and dubious claims about the effects of second- and thirdhand smoke can be made with impunity, sure to receive favourable press coverage by reporters eager to write a shocking headline’.

They get away with it for other reasons, too. Class prejudice, for example. With cigarette smoking increasingly concentrated among the working class, smoking bans became tools of social engineering and gentrification. In the US, as in Britain, ‘smoke-free’ laws led to the mass closure of the kind of bars the upper classes were never likely to step foot in. Outdoor smoking bans gave the police licence to harass the homeless and helped clear the streets of undesirables. The ban on smoking in public housing, enacted in 2018, left homeowners well alone. Meanwhile, casinos, golf courses and high-end cigar bars got exemptions.

And then there is money. Lots of money. A handful of British anti-smoking groups are funded by the state, and every government relies on tobacco taxes to some extent, but the financial corruption in the US is off the scale. The Master Settlement Agreement of 1998 requires tobacco companies to make annual payments to state governments in exchange for immunity from personal injury lawsuits. These payments rise and fall in line with tobacco sales and many states have invested in tobacco bonds, thereby giving them a perverse incentive to keep people smoking. Major anti-smoking organisations such as the Truth Initiative also depend on the Master Settlement Agreement for their income. Add into the mix pharmaceutical companies who have their own nicotine products to sell, and you have a Bootleggers and Baptists tragicomedy, with consumers picking up the tab.

The genius of anti-smoking policy from the 1990s onward was to portray the war on tobacco as a crusade against the tobacco industry, thereby sidelining the views of millions of ordinary smokers who wanted nothing more than to be left alone. While the tobacco industry continued making piles of money, and the anti-tobacco industry kept the grant cheques rolling in, it was individuals and small businesses who bore the brunt.

Grier is familiar with the pain of both, having worked as a bartender in Virginia and Oregon and being cured of his anti-smoking tendencies when he discovered the joy of pipes and cigars. ‘By any honest accounting,’ he writes, ‘my life has been enriched by the enjoyment of tobacco. To pretend otherwise would be a lie.’ He is puzzled by the way in which the pure enjoyment of smoking never seems to enter the equation. And if people enjoy it, why shouldn’t they be free to do it?

The answer from ‘public health’ activists is that they do not enjoy it and that smokers do not ‘possess any freedoms to be meaningfully infringed’. When legislators in Hawaii proposed raising the minimum age for purchasing cigarettes to 100 (yes, you read that correctly), the bill stated that: ‘Banning the sales of cigarettes should be viewed as a good-faith effort to free smokers from the enslavement of this powerful addiction and not an infringement on individual liberties.’

Grier is an engaging and knowledgeable writer with a solid grasp of history and science. His analysis of the modern anti-smoking movement as ‘a contemporary manifestation of the old-time temperance movement, wrapped in the modern clothing of epidemiology but with the same tired contempt for individual liberty’, is surely correct.

Resistance seems futile when fanaticism has become institutionalised at the highest level of American society – the Food and Drug Administration is currently contemplating the ultimate harm-reduction measure of removing nicotine from cigarettes – and yet Grier sees a glimmer of hope. The cigarette, he says in an unusually judgemental passage, is a ‘terrible product’. He views its rise in the early 20th century as a tragic historical accident that will be corrected when safer nicotine products take over the market. Cigarettes may have been dominant for over a century, but this is a small window of time in the long history of human consumption of tobacco. He thinks it likely that e-cigarettes, heated tobacco and other low-risk nicotine devices will make the combustible cigarette obsolete in this century.

I’m sure this will happen in some countries, but perhaps not in the US where the anti-smoking lobby has become an anti-nicotine lobby and the message to smokers is ‘quit or die’.

The Rediscovery of Tobacco: Smoking, Vaping, and the Creative Destruction of the Cigarette, by Jacob Grier. (Order this book from Amazon(UK).)