‘The lockdown is causing so many deaths’

Dr Malcolm Kendrick on the disastrous response to Covid-19. 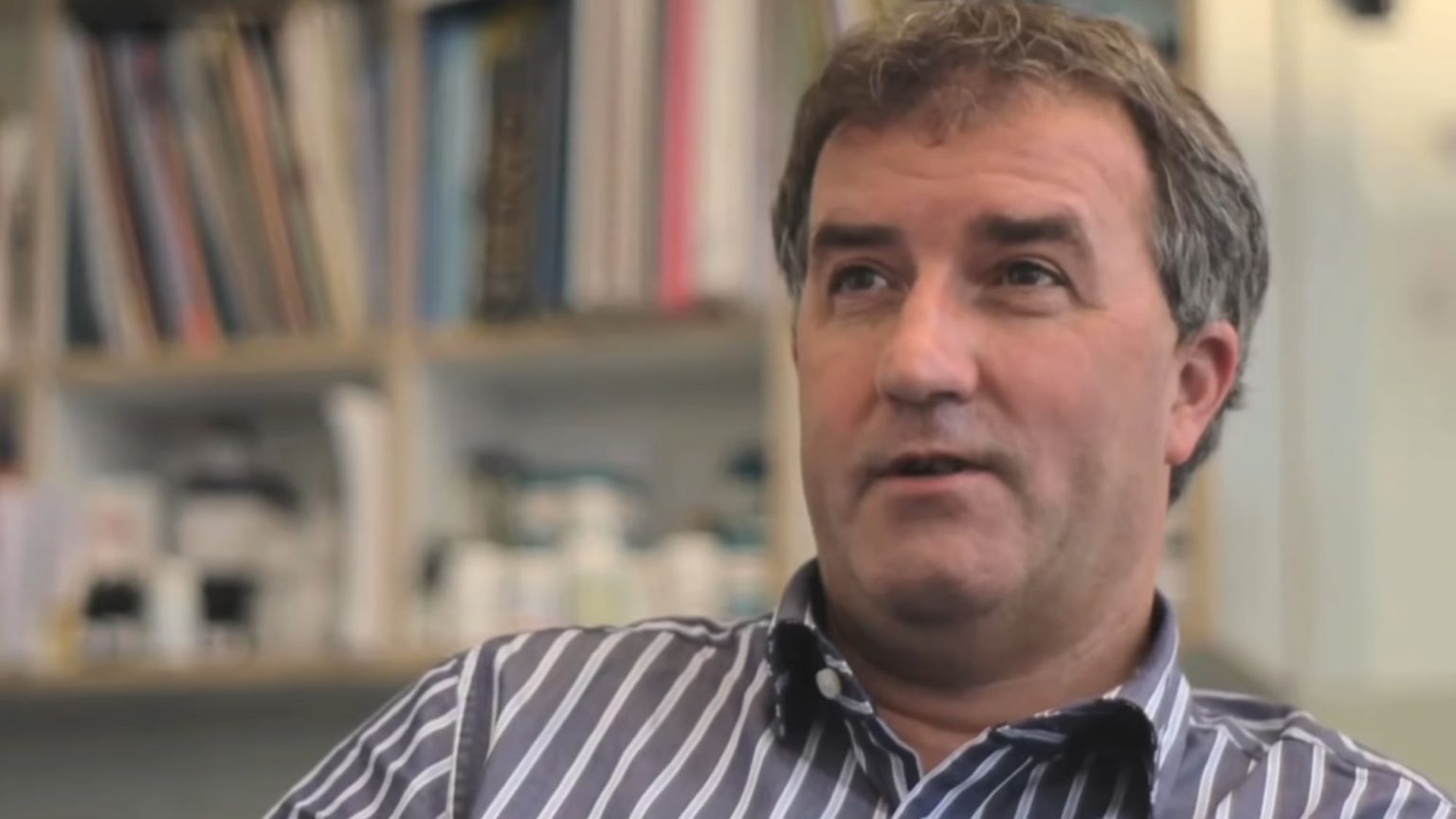 Few would disagree that the UK’s handling of the coronavirus pandemic has been a shambles. We are now in the 14th week of a three-week lockdown and excess deaths are among the highest in Europe. But while the received wisdom is that lives could only have been saved by locking down harder, earlier and for longer, the benefits of lockdown remain unproven, while the costs of lockdown are starting to mount. Dr Malcolm Kendrick is a GP and author of Doctoring Data: How to Sort Out Medical Advice from Medical Nonsense. spiked caught up with him to get his take from the frontline.

spiked: Do you think the Covid statistics are accurate?

Malcolm Kendrick: It is very difficult to tell. It is clear that different countries are recording deaths differently. Death certification is not a precise science. Normally, when someone dies, you have got a reasonably good idea what they died from. But if a person who is 85 drops dead, what do you put on the certificate? I do this, so I know it is not very accurate. GPs were advised to put Covid-19 on the certificate if they suspected somebody had it, even if there was no test done. We are in a strange situation where we are probably both over-recording Covid-19 and simultaneously under-recording it. Will we ever know what the real statistics were?

We are over-recording it because elderly people die quite often, and we may say they have died of Covid-19 but not know that was the case. Therefore there will have been a number of people who died of other things who have been recorded as dying of Covid-19. Equally, there will be people who died of Covid-19 but the GP did not know, so did not put it on the certificate. It really depends on how people decide to record the death.

The really concerning thing is that if all the deaths taking place during lockdown are put down as Covid-19 deaths, we are going to miss the fact that the lockdown policies have caused an increase in deaths from many other things. There has been a 50 per cent reduction in people turning up to A&E. It is clear that people just do not want to bother the doctors. And a number of these people will be dying. If we muddle the Covid-19 statistics in with the other statistics, we might think the lockdown has prevented a certain number of deaths, when it has actually caused a large number of deaths.

spiked: Was there any danger of hospitals becoming overwhelmed from Covid?

Kendrick: The clarion call was to clear the hospitals of patients. There was a point when my local hospital was a quarter full. Staff were wandering around with nothing to do. You hear this idea that all NHS staff have been working 20 times as hard as they have ever done. This is complete nonsense. An awful lot of people have been standing around wondering what the hell to do with themselves. A&E has never been so quiet.

This initial response was understandable, but it quite rapidly became clear that it was an overreaction. The problem then was that it was essentially decided that wherever beds could be found, patients would be put in them, whether tested or not tested, positive or negative. They basically just started throwing people out into the intermediate care sector.

The average age of death from Covid-19 in the UK is around 82, and most of those people have comorbidities. I said to our managers that we had to test people and could not just be throwing them into nursing homes. But that is what they did. Homes were virtually ordered to take elderly patients. We had one nursing home that ended up with 12 deaths in a week.

The health service treated elderly, vulnerable people as figures on a piece of paper. The lack of any brain power being applied to this was amazing. They had one objective – to clear the hospitals – and everything else was subordinate to that. Of course, they will never say this is what happened. But that is precisely what did happen.

spiked: You’ve described our policy as an ‘anti-lockdown’. What do you mean by that?

Kendrick: How many people aged 15 or under have died of Covid-19? Four. The chance of dying from a lightning strike is one in 700,000. The chance of dying of Covid-19 in that age group is one in 3.5million. And we locked them all down. Even among the 15- to 44-year-olds, the death rate is very low and the vast majority of deaths have been people who had significant underlying health conditions. We locked them down as well. We locked down the population that had virtually zero risk of getting any serious problems from the disease, and then spread it wildly among the highly vulnerable age group. If you had written a plan for making a complete bollocks of things you would have come up with this one.

spiked: Was there a reluctance to confront the potential damage caused by lockdown?

Kendrick: You cannot just spend all the money in the world on something, because that money needs to pay for other things. NICE has a cut-off point for expenditure. They are willing to spend £30,000 to achieve one extra year of high-quality life. This has been the policy for 20 years. The last figure on how much this will cost the UK government was over £300 billion. Even if you divide that by 500,000, which is the total number it was initially suggested might die, you still end up with a figure that is about £600,000 per death. You cannot dissociate money and health.

We are spending as much on Covid-19 as we would spend on the NHS in three normal years. You have got to ask the question of what we are going to get from that. Refusing to engage that question is political cowardice. Politicians have just said they did what everyone else did and so we cannot blame them for anything that has happened. It was only Sweden that did not go down that route, and Japan, too, which has had very few deaths.

I have looked at the impact of social upheaval in the post-Soviet Union countries in the late 1980s and early 1990s. Russia had five million excess deaths in that period due to economic problems. That is how powerful the effects can be. We are going to see the downsides of lockdown policies around the world.

It will probably be okay for Britain – we will be a bit worse-off for a while. But some countries in Africa, South Asia and South America are just going to obliterate themselves trying to model their response to Covid-19 on a lockdown they just cannot afford. South Africa is already bursting at the seams. We have to look at this with a global perspective. This is going to be extremely costly and destructive of huge sections of the population.

Even just the health costs are huge. We had a patient who had lung cancer. He was very unwell and was being treated with chemotherapy, but they just stopped treating him. He died. His life expectancy was not great, but in my mind it is absolutely a case of cause and effect – the stopping of his chemotherapy meant he gave up hope, despaired and died. That is going to be a theme.

These figures are hard to measure, because it is difficult to say with certainty that an individual did not contact the doctor because of Covid-19, and that is why they died. But this is happening.

This has cost us at least £300 billion. It is going to destroy the health of a lot of people. And for what? All of these factors are of considerable importance, and I know they are just going to be swept under the carpet. If you are not willing to accept that you might have done more harm than good, you cannot look at the situation accurately or objectively.

spiked: We were pushed into lockdown by modelling. What did you make of those models?

Kendrick: Epidemiologists would rather overestimate a threat by 100 times than underestimate it by 10 per cent. These models will always hugely overestimate risk. Everyone has to say things will be really serious because they would look terrible if they said things would be all right and they were not. If they are proved wrong, they can say it was just as well to warn people because it could have been terrible even though it did not end up being so. This approach is taken without any cognisance of the damage that the advice they have given has caused.

Take the Imperial College modelling. It said 80 per cent of people might get infected. That has never happened with a virus. It was also predicated on the idea that everybody was equally likely to get the virus and nobody had any internal immunity against it. This also turned out to be nonsense. It also assumed a death rate of 0.9 per cent. This figure might be right for people with symptoms, but not for the wider population. The modelling was based on the worst possible scenario. And unfortunately, Imperial College seems to have an immense influence.

spiked: What other questions are not being asked at the moment?

Kendrick: One issue is how long immunity lasts for this virus. If immunity only lasts for a short time, it cannot work. This does not seem to be being discussed. If the vaccine raises antibodies, it will have an effect. But if the virus mutates or we lose our immunity, we are in trouble. It is not clear that getting the virus actually makes you immune to it in the future, and it is not clear a vaccine would either. What then? Has anyone thought that through?

We are probably all going to get Covid-19 and we are all going to keep getting it. The only purpose of lockdown was to protect the health service from being overwhelmed, which did not happen. The end result is that lockdown was a waste of time. It cannot be continued forever.