Yes, free speech is for horrible Katie Hopkins, too 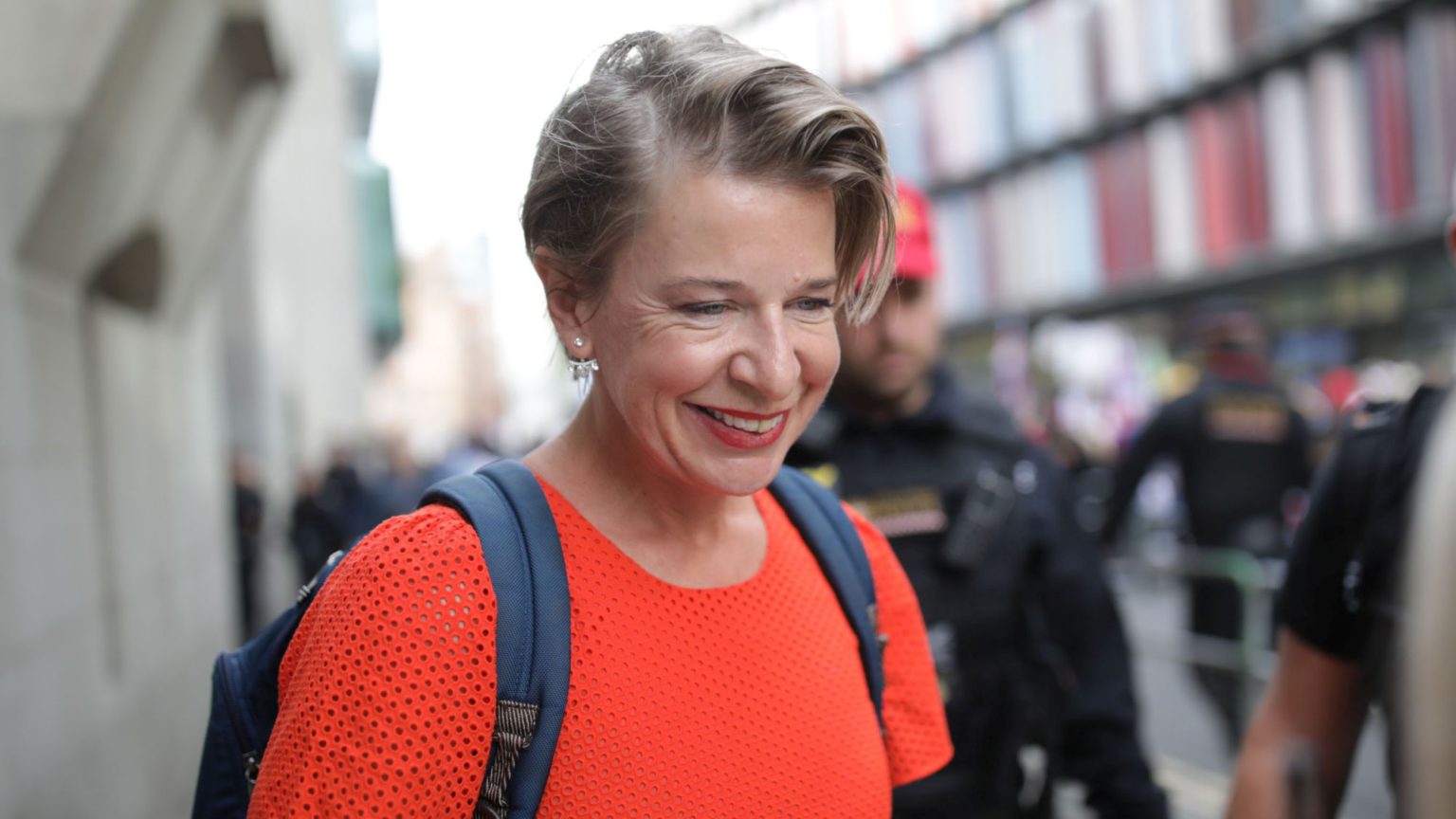 There has been much rejoicing and not much protesting at the news that right-wing motormouth Katie Hopkins has been permanently excluded from Twitter. The general attitude among the Twitterati appears to be ‘Good riddance to toxic rubbish’. The problem is, that risks throwing out the precious baby of free speech with Ms Hopkins’ dirty bath water.

Of course, Hopkins often seems obnoxious and offensive, and deliberately so. She brings to mind William Hazlitt’s observation that, ‘An honest man speaks the truth, though it may give offence; a vain man, in order that it may’. We do not have to endorse or even listen to anything said by a vain, offence-mongering woman such as Hopkins. But like it or not, we still need to defend her right to speak – or tweet – her version of the truth.

The uncomfortable truth is that, in the free-speech wars, it is only ever views seen as extreme or offensive that need to be defended from the censors, both official and unofficial. The mainstream and the mundane can look after themselves. Nobody ever got kicked off Twitter, sacked from university or had their book burnt for being deemed too boring or benign.

It is not the personal but the principle that matters here. The ban on the less-than-tolerant Hopkins is a sign of our dangerously intolerant times. Twitter announced on Friday that Hopkins’ account has been ‘permanently suspended for violations of our Hateful Conduct policy’. It did not specify which of Hopkins’ many tweets were guilty. The media, however, seemed certain about the ‘final vile tweets that got her booted off Twitter for good’ (Daily Mirror).

One was an apparent response to Black Lives Matter. ‘Today is #whiteoutwednesday. I will shortly be posting a picture of my arse. Thank you.’ The other criticised footballer Marcus Rashford’s successful campaign to secure free school meals for children into the summer. ‘Dear Marcus Rashford’, Hopkins tweeted, ‘do you think women should think about how they are going to feed a child before they decide to have it? I do not want to pay to feed other people’s kids. You are welcome to. Thank you, Katie Hopkins.’

Nobody has to agree with or take seriously a word that Hopkins wrote. To some, however, the language in these tweets might appear more mild than ‘vile’, at least by the vitriolic standards of her output and much else that pours out of social media. So why did they earn her a ban? Presumably because they attacked two campaigns that are currently considered beyond criticism. As the Mirror put it, Rashford’s campaign had been ‘lauded by Twitter users – with the exception of Katie Hopkins’. And one non-laudatory tweeter with a lot of followers was one too many.

By failing to say what we are all expected to say today, Hopkins broke the golden rule of You Can’t Say That. Seeing less of Hopkins on social media may not seem much of a loss to intelligent debate. But her ban is another worrying sign of how free speech is being restricted to the point where we are ‘free’ to say the same as everybody else. Nothing should ever be put beyond criticism. That is why some of us have long championed the slogan, ‘Ban Nothing – Question Everything’.

Free speech is our most precious liberty on which all other freedoms depend. But here is the terrible truth about free speech. Not everybody who chooses to speak or tweet will have the purity of soul of Jesus Christ or Jimmy Carr, the wisdom of Socrates or Simon Cowell, or the good manners of Prince Harry or Piers Morgan. They still get the same right to free speech as the rest of us, whether we like it or not.

Defending the unfettered Free in free speech is not about endorsing whatever objectionable or idiotic things might be said. Nor is it a question of tolerating somebody else’s nonsense in silence. Free speech means you are also free to talk back as you see fit.

But putting the Free in free speech does mean recognising that freedom is for fools, fanatics and the other fellow, too. Like all true liberties, free speech is unfortunately an indivisible and universal right. We defend it for all or for none at all. Even for horrible Katie Hopkins.

Once you make free speech a privilege for some rather than a right for all, who are we meant to trust to draw the line and grant it to those deemed deserving? Government ministers? High Court judges? Twitter moderators and Facebook fact-checkers? No thanks. You cannot have half-freedom, part-time freedom, or fat-free freedom. Putting up with the likes of Katie Hopkins is a small price to pay for protecting the universal right to freedom of expression.

It is important to remember that the flipside of other people’s free speech is our right to hear or read everything we choose, judge for ourselves and respond as we want, without the interference of official censors or the self-appointed conformism police. Defending free speech for Katie Hopkins also means upholding our freedom to ignore her – or, in the words of her penultimate tweet, to show that she is an arse.