Why are so many celebrities praising a notorious anti-Semite? 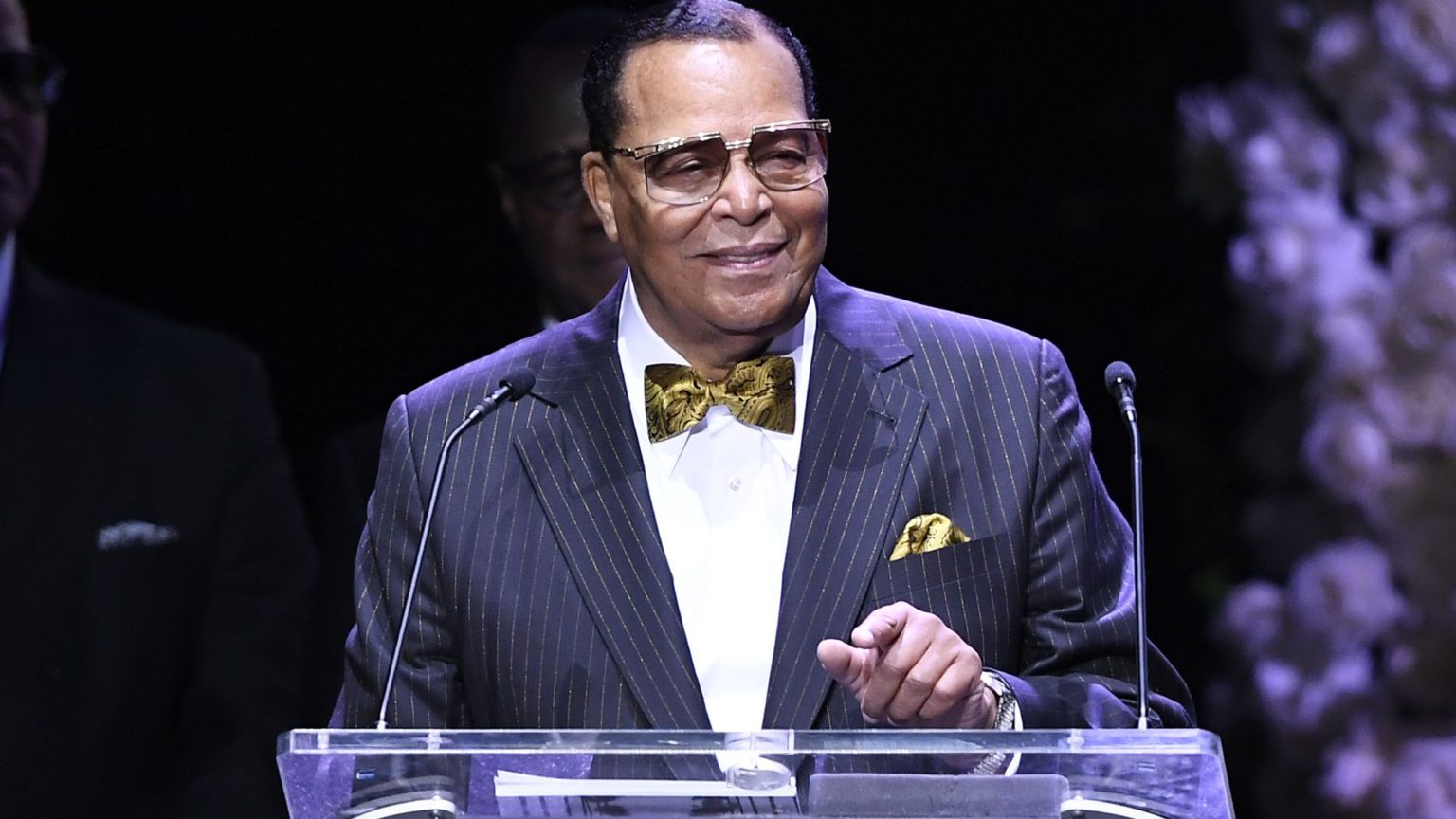 ‘Peak woke’ is a phrase we hear a lot these days. It means the belief that we have reached a point of ideologically driven stupidity so great that we simply cannot go any higher.

But invariably we find that what we assumed to be the peak was a mere foothill, as another brave pioneer once again tries to scale the terrifying summit of Woke Mountain.

The latest of these expeditions involves the burgeoning gang of celebrities who have taken to praising Louis Farrakhan.

Yes, it is now woke to be into Louis Farrakhan. If 2020 was a sentence, that would be it.

Farrakhan is an American minister and activist known for his work within the black community, as well as for calling Jewish people ‘termites’, and believing that white people are an evil race created by a scientist named Yakub in a eugenics experiment.

A gifted speaker, he has managed to remain in the public eye for decades. He is the Bono of Black Power, the will.i.am of the Nation of Islam, the Madonna of thinking white people were made by a mad scientist who lived in a cave.

All right, that last one doesn’t work.

Farrakhan popped up once again recently when popular rapper and actor Ice Cube began effusively praising him on Twitter.

Some were disappointed in Cube, others didn’t seem to mind. And I must say as a free-speech absolutist, I find there is something refreshing about someone just being open about their beliefs, however mad and hateful said beliefs may appear.

At least that person is being honest, so we can see what they’re about. Better out than in, type of thing. Ice Cube seems to reckon black people are the best ones of all the people and he doesn’t care who knows it.

He is also presumably okay with anti-Semitism and hating white people, though I can’t confirm this and I should state that my own strong beliefs involve not getting sued (again).

At least Cube’s position makes some sense from his perspective. He wants what’s best for what he sees as his people, and is apparently not that arsed about certain other races.

Plus, he’s always been political, and kind of angry about stuff. He’s done the research, even if he’s been going to the wrong libraries.

Where it got really weird was this last week, when all manner of incredibly unlikely celebrities started jumping on the Farrakhan fun train.

‘Someone please tell me the name of this extraordinary man who so perfectly sums up white fear in under a minute.’

The caption was, being generous, batshit bonkers.

It sounded like Downton Abbey with a sprinkling of Downfall. ‘Darling, who is that dashing fellow who believes white people are subhuman and Jews are insects? I simply must make his acquaintance.’

But let’s be fair, she didn’t know anything about Farrakhan. She just dug his hip take on ‘white fear’.

Well, call me a totally cucked incel, Jameela, but one could be forgiven for having some fear of a charismatic, influential leader who thinks your whole race is pure vermin. That kind of thing has gone wrong before.

However, as a comedian I do appreciate that he kept his set tight. One minute is pretty punchy when you’re condemning an entire people.

Well. Then things got really wild.

Sassy comedian — sorry, sassy ‘actress, writer, television host, producer and activist’ (gotta have the activist in there) — Chelsea Handler also posted the Farrakhan video straight to ‘the gram’ with the caption ‘I learned a lot from watching this powerful video’.

How did Farrakhan suddenly become so Farra-kool??

And why does the caption sound like she’s reading it out during an interrogation? ‘I learned a lot from watching this powerful video and I now see Mr Farrakhan is the truth and the way. All hail this dashing fellow who distills white fear in seconds.’

Handler then doubled down in the comments. When asked if she would ever share a video of Hitler, she replied:

‘no, because Hitler was responsible for killing millions of lives [sic]. Farrakhan is just responsible for his own promotion of anti Semitic beliefs. They are very different.’

It is true. Killing millions of lives is one of the worst things you can do.

But apparently anti-Semitism in general is cool with Chelsea, as long as you don’t get all genocidey about it.

You’ve got to hand it to Handler: defending anti-Semitism is a gutsy move. Especially when your grandfather was, like Chelsea’s, an actual Nazi. Not the kind that she likes to call other people, but one of the proper ones, with the uniform and everything.

Or at least, he fought in the war for the Germans. According to an article I read, that doesn’t necessarily make him a Nazi, but I’m too spun out on white fear to be able to tell the difference.

Wait, though, it gets even more insane.

Incredibly for someone supporting Farrakhan, Chelsea Handler has one Jewish parent and one white parent.

If white people really were created in a sick breeding programme, as Farrakhan claims, she would be the apotheosis of his theory. An unholy combination of the two races he despises, who has somehow developed self-awareness and become so convinced of her own wretchedness that she ironically looks to her greatest enemy to explain why she is evil.

Projected self-loathing is clearly one possible reason why people like Handler behave like this. Another guess would be virtue-signalling careerism. But I’m not sure. From what I’ve seen, a lot of it seems to be genuine, if grossly misguided, conviction.

What’s extra troubling to me — the topping on this massive slice of trouble cake — is that every denouncement of the Farrakhan fan girls (oh, did I mention Jennifer Aniston, Michelle Pfeiffer and Jennifer Garner also liked Handler’s Instagram post? You go girls) mentions Farrakhan’s anti-Semitism, but no one, not a single digital soul I can find on Twitter, points out his ultra-racist, anti-white eugenics theories.

A couple of accounts cited his alleged misogyny and homophobia, but nothing on the white thing.

White people are apparently now so hated that it’s just a given that you won’t get any traction at all suggesting they are anything other than the actual scum of the earth.

‘What? White people are inherently evil subhumans created by a mad scientist? Mate, that’s just true. You can’t get them on the facts.’

To me it’s all ‘a bit off’. Still, I suspect we are yet to reach peak woke.

What will it be — Taylor Swift recontextualising Hitler’s vegetarianism? Kim Kardashian imploring us to consider Genghis Khan’s uniting of the nomadic tribes of Northeast Asia? Mickey Mouse making the case for phrenology?

I shudder to think. But then again, maybe I am just literally trembling with white fear.