Covid-19 is far more widespread than we think

Epidemiologist Tom Jefferson on the continued uncertainty around coronavirus. 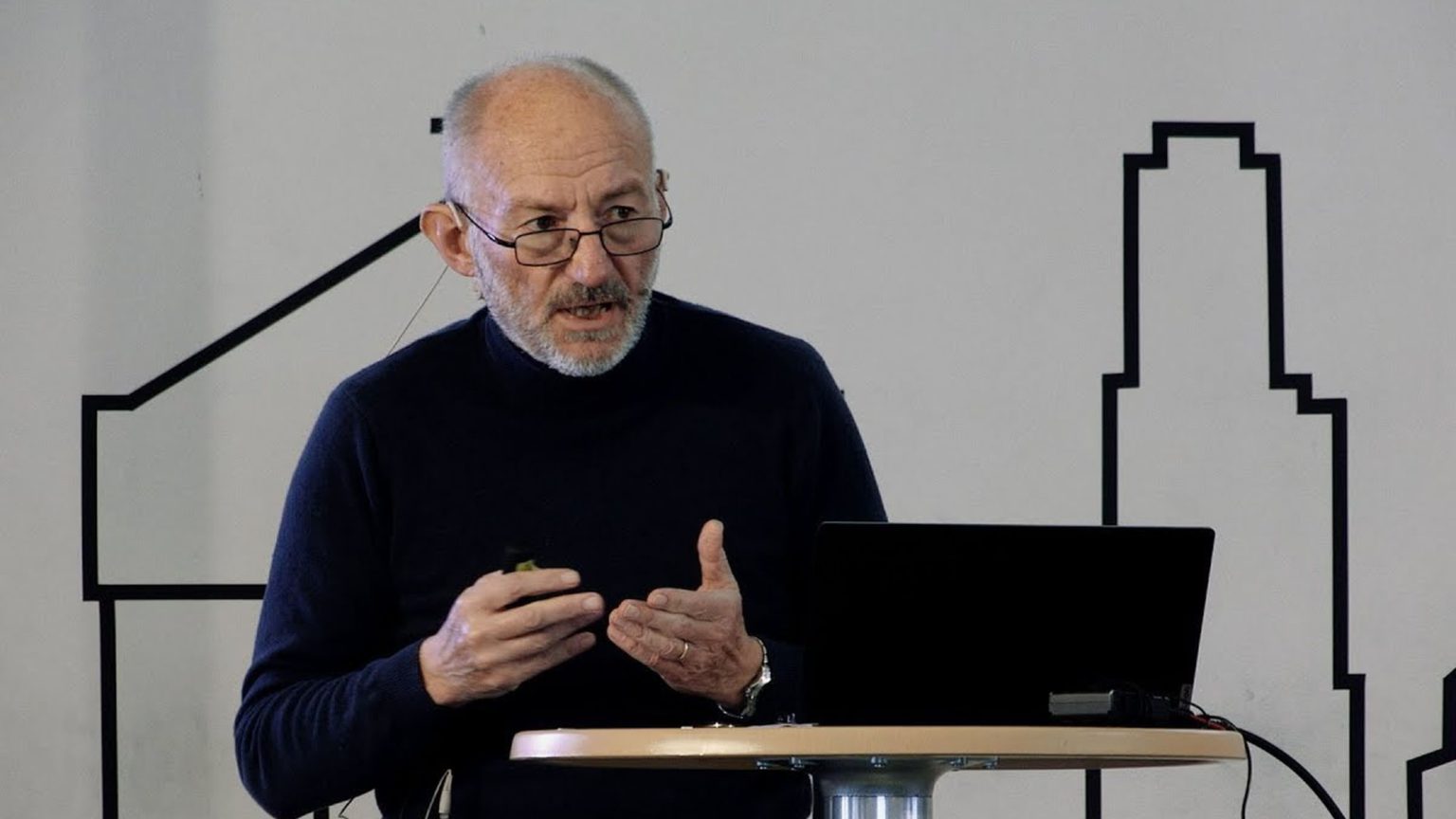 Britain is currently in its 13th week of lockdown. But still very little is known about the virus which has brought life as we know it to a halt. There is a great deal of confusion about which rules and regulations are based on ‘the science’ and which are political or just based on common sense. spiked spoke to Tom Jefferson, an epidemiologist working on Covid-19 at Oxford’s Centre for Evidence-Based Medicine, to find out more.

spiked: The received wisdom is that lockdown may have been painful but it saved thousands of lives. Is that version of events correct?

Tom Jefferson: I do not know. You are not talking to a politician. In the Centre for Evidence-Based Medicine, we have been trying to follow the evidence. We do not have preconceived ideas. We just look at the evidence. Look, for instance, at the historical evidence that we have unearthed, from how isolation facilities were built in the past, such as fever hospitals, or how the Roman legions dealt with the ill. The architecture and history of it are fascinating.

We have got a review coming out of studies looking at the transmission dynamics of Covid-19. We have 51 studies already. If you take Italy, you can make an argument for locking down certain parts of the north. I think the argument then gets very tenuous the further south you go, because Italy is like two different countries. The north of Italy, especially Lombardy, was very bad. I believe the same haphazard pattern has evolved in France, Spain and the United Kingdom. Trying to discern that pattern is not easy. It would appear that mortality is higher in parts of central Europe, and in northern Italy and southern Britain. Why is Germany different? I do not know.

Is there a reason why the UK has done so badly? Or why Sweden has not done as badly as some might have expected?

Badly or worse are relative terms. Something which is bad for you may not be so bad for me, or vice versa. It is not an absolute judgment. What I can say is the apocalyptic predictions that were made in Sweden have not come about. As far as I know, they have had less than 9,000 deaths. Now, some people will say that 9,000 is 9,000 too many. Some people say 9,000 is getting off quite lightly. I think there is just too much noise at the moment to be able to answer these questions with certainty. The other thing is that this is a newly identified disease. It is therefore not really surprising that we have got what we call the fog of the pandemic and a kind of confusion.

spiked: Is the coronavirus far more widespread than is generally believed?

Jefferson: On that I am fairly certain. There is some fairly conclusive evidence from cruise ships. We are talking about a defined, isolated population. There was a cruise ship in the South Atlantic going to South Georgia in early March. It then aborted, turned around and sat off Uruguay for about 10 days. Both the crew and the passengers as they came on had temperatures tested at the start of the voyage. They excluded anybody who was coming from China or Iran, the hotspots of the time. They said the first case on board was eight days later. That implies Covid-19 was already circulating on the ship when it set off in late February from Buenos Aires in Argentina, and therefore circulating in the city. It was widespread even then.

spiked: And Latin America’s epidemic has only just started to flare up in the past month or so.

Jefferson: Indeed, but that is probably due to climatic reasons, temperature and the ease of transmission. The earliest recorded case in Europe was a French gentleman who died. In April, the clinician who had treated him remembered his case, and said he had treated a series of atypical pneumonias. He went back to samples taken from those people which had subsequently been placed in a deep freeze. He tested them for Covid-19 and they came back positive. That was at the end of December.

I think the biggest thing here is that the ecology of these respiratory viruses, of which there are hundreds and of which many are unknown to the public, has not been studied properly. Questions like where they originate, how they originate, what the infection cycle is, what triggers them off, what facilitates their transmission – these questions have not been studied properly.

People have been concentrating on influenza and nothing else. This is not influenza and it does not transmit in the same way. This is something different. The question I have is: how many more viruses are there that we know nothing about?

spiked: Does there come a point when the harms of the lockdown start to outweigh the threat of Covid-19?

Jefferson: It is a balance between the threats and the lockdown. You can see what happened in Italy. There was an article showing that the closer people are to a hotspot, the more scared they are. People are scared, locked up and lonely.

Lockdown is a political decision, which does not just have an upside. There are negatives of the lockdown, which are sizeable. And by that I do not just mean people out of work and production. You have got to look at the mental and social aspects, the impact on schooling. I do not claim to speak for the mentally ill, but imagine what it must be like to be a schizophrenic patient who has been in isolation and has not had visits in three months?

spiked: Is there not a danger that even when the lockdown is eased, social-distancing measures will affect life adversely?

Jefferson: Social distancing is a good thing, and it is a natural thing if there is a threat of something which is passing from person to person. That is the principle of quarantine, and it is used in fever hospitals and in infectious disease procedures, which we seem to have forgotten about for reasons which I cannot fathom. All the fever hospitals have been closed, there are no quarantine stations anymore, so people are self-quarantining, and you can see the effects of that.

But again, distancing is a balancing act between the threat and the solution. There is only one clinical trial on quarantining, done in Japan during the influenza pandemic of 2009, involving people in two factories. The guys who were feeling ill did not turn up to work and stayed at home. What happened is they infected their families, but did not infect their fellow workers. That is the only trial on quarantine that I am aware of.

The evidence on distancing is not very good in general. Distancing is a commonsense thing. But why two metres? There are no specific studies that look at the two-metre rule. There are a lot of other studies that have been referenced and assumptions have been made from these studies. But some of those have got no distancing data in them.

spiked: Should we reopen schools?

Jefferson: Children are at the lowest risk of this. We know that. There are very, very few deaths and very, very few cases among them. Some suggest children are asymptomatic and could infect others but I have not seen any major, convincing studies on that. It is still debatable. And I am not quite sure why we have closed the schools, because the cost in terms of lost schooling is phenomenal.

spiked: Should we be worried about a second wave?

Jefferson: Some past pandemics have had what other people call second waves. [Carl Henegan and I] are on record saying it is the wrong analogy. But some have had a second wave, and some have not. Again, it is not black and white. We simply do not know if there will be a second wave.

The other thing is that the term ‘wave’ is a misnomer, because you can see a wave arriving, there is some kind of rhythmic synchronicity to it and it is preceded by a visible trough before it hits you all in one go. This is not the way that infectious diseases perform. A pandemic is chaotic.

spiked: What lessons can we learn from the pandemic?

Jefferson: We should learn the lessons, but finger-pointing is not helpful. Hopefully it will be a global exercise. And if society deems that this kind of thing is important, we should learn from the lessons and put what we learn into practice. You are not likely to find incredible discoveries – it is all common sense.

We should ask questions like, for instance, why do we not have enough masks, gloves and gowns? Why were casualties mixing infectious and non-infectious people? If you have a really infectious disease like measles, you do not have people coming in and out. You have got to isolate. But you also have to have self-contained facilities with their own kitchens and so on. And clearing the hospitals by sending everyone away, including to nursing homes, has been a problem not just in the UK but in other countries too. These are some of the lessons that we should learn, but political boxing matches are not going to solve anything.

Tom Jefferson was talking to Fraser Myers. You can read his latest analysis on the transmission dynamics of Covid-19 for the Oxford Centre of Evidence-Based Medicine here.