Her lifelong struggle to become someone left behind one of the most compelling intellectual legacies of the 20th century. 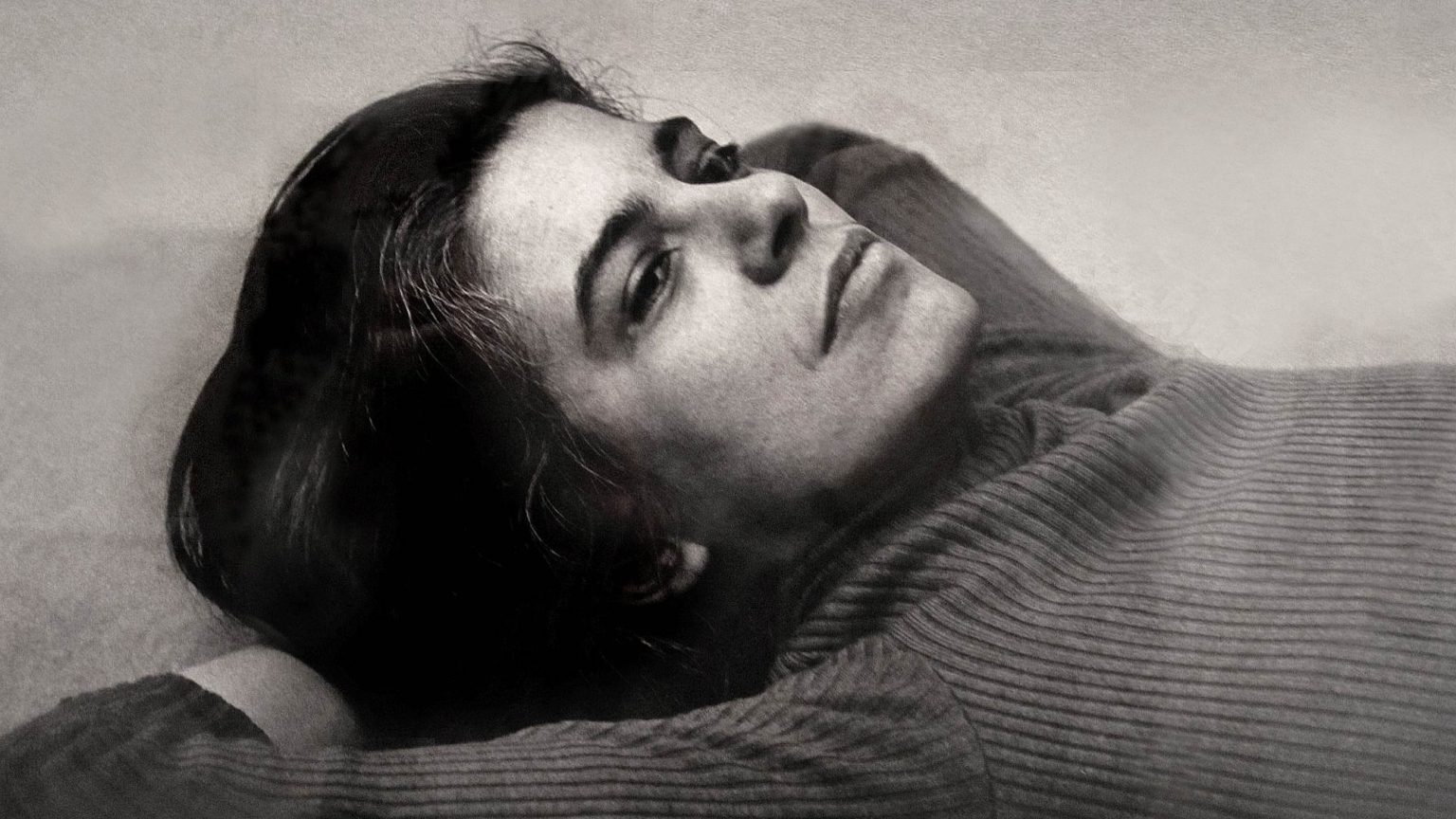 In 1967, Susan Sontag declared that ‘there must be something terribly wrong with Western white civilisation… this is a painful truth… the white race is the cancer of human history’.

By the time we come across this quote in Benjamin Moser’s biography, Sontag: Her Life, we have come to understand the entire historical, intellectual and cultural context for this quotation. It is a very American, specifically New York, context, connected to a group that Norman Podhoretz, editor of Commentary magazine, christened ‘The Family’. This crew of predominantly Jewish intellectuals, grouped around the Partisan Review, is depicted as the family Sontag never had. It travelled from Communist politics in the early 1930s, via a subsequent break from Stalinism and brief flirtation with Trotskyism, to a place where it would turn in the 1960s to ‘religion, absolute moralism, psychoanalysis and existential philosophy as substitutes for politics’ – a place, that is, where the denunciation of ‘Western white civilisation’ made sense. Moser goes further, suggesting that The Family’s intellectual evolution is also that of America’s modern liberal left more broadly. But for Sontag, The Family quite simply represented everything she wished to be.

Sontag was too fiercely intelligent to settle for vapid anti-Western tropes, however. Moser shows how Sontag moved beyond The Family’s contempt for mass American culture, not to mention ‘Western white civilisation’, with her blistering denunciation of the American left’s love-in with Stalinism at the New York Town Hall in 1982. Delivered to an audience of left-wing luminaries, including Gore Vidal, Allen Ginsberg, Pete Seeger and Kurt Vonnegut, Sontag declaimed:

‘Imagine, if you will, someone who read only the Reader’s Digest between 1950 and 1970, and someone in the same period who read only the Nation or the New Statesman. Which reader would have been better informed about the realities of Communism? The answer, I think, should give us pause. Can it be that our enemies were right?’

Having found her family, Sontag was intellectually courageous enough to break with it.

There is so much illuminating detail and anecdotage in Sontag: Her Life. Thus we find Sontag at Oxford University for one semester in late 1957, ‘striding across the ancient quadrangles in cowboy boots’, accusing Sir Isaiah Berlin of being ‘a bit careless of the details’ and ‘profess[ing] to think very little of everybody’ except the philosopher JL Austin. A contemporary of hers at Oxford – a city she found chilly and dank, and whose men she found to be both ‘anti-woman and not real men’ – was Bernard Donoughue, who, to her disappointment, never noticed her cowboy boots. Donoughue, later Lord Donoughue of Ashton, and that rarity then — an Oxford student from a working-class background — delivers the killer verdict on Sontag’s radicalism at that time. Donoughue states that while he ‘was interested in boring things like getting homes for people, pensions for people, these kind of tedious things’, Sontag had ‘these great left-wing intellectual ideas… [which] meant exploring your sexuality and your whole life and questioning all establishments…’.

In particular, she challenged cultural establishments, blurring distinctions between high and low. She likened the ‘feeling’ of looking at a Jasper Johns painting to that of listening to the Supremes. As Moser puts it, that ‘mention of the Supremes would be wielded against her for decades as an illustration of her enmity toward high culture’.

The Supremes comment was made in her celebrated 1965 essay, One Culture and the New Sensibility. It comes from the springtide of her success, when monographs such as Notes on Camp and Against Interpretation catapulted her to fame. She was even featured on the front cover of Time magazine in 1965, and was spotted dining at celebrity hangout Elaine’s with Leonard Bernstein, Richard Avedon and Jackie Kennedy – which marked quite the rise for a girl whose childhood was spent mainly in the desert resort of Tucson, Arizona.

Moser dedicates a large part of Sontag: Her Life to the extraordinary effort that Susan Rosenblatt (her birth name) made to become ‘Susan Sontag’. We read that ‘her fame fascinated her friends because it was so unprecedented’. It seemed inexplicable because ‘she had no real lineage’. One of her friends, Stephen Koch, is even said to have been ‘haunted’ by the question of why and how Sontag became as famous as she did. We are teased with her comment to her friend Noel Burch that she had ‘done everything I have to do to become famous’. What is beyond doubt is that Sontag made an enormous effort to overcome her small-town background.

The loss of her father when she was five, and her mother’s subsequent descent into alcoholism, sent the young Sontag into an inner world of books. She hero-worshipped figures such as Marie Curie and the ‘sexy swashbuckler’ Richard Halliburton, one of America’s best-selling authors in the 1940s. She was to describe Halliburton’s books as ‘among the most important of my life’.

But Sontag wasn’t simply seeking refuge in books. She was also developing a fierce outward ambition to succeed academically, becoming not just a good student but a ‘champion student’. At the delightfully named Arizona Sunshine School, a teacher, spotting Sontag’s intellectual audacity, introduced her to Goethe’s The Sorrows of Young Werther. This was to lead to her fascination with the work of Thomas Mann, through whom, as she herself put it, ‘all of Europe fell into my head’.

Entering Junior High at the age of 11, Sontag was soon to nurture an equally powerful ambition: to become popular. Thus begins the drama of Sontag’s life, torn between being the perennial outsider, and her longing to be the insider, the popular one, the good girl who would make her cold and distant alcoholic mother proud of her.

Even her name ‘Sontag’ seemed to be produced by this struggle to be done with being an outsider. When she married sociologist Philip Rieff, whom she had met at the University of Chicago, she said of her father’s name ‘Rosenblatt’: ‘I’ve no loyalty to his name… I gave it up when my mother remarried… I always wished my mother would remarry. I wanted a new name, the name I had was ugly and foreign.’ Thus she took her stepfather’s name, Sontag, and was briefly to take Rieff, before reverting once more to Sontag.

The marriage to Rieff did not last long. Besides, Sontag was predominantly attracted to women, which led to a curious lifelong denial of her sexuality, despite all her intimates knowing the truth.

Sontag: Her Life is packed with salacious detail. Who knew that WH Auden was her personal drug-dealer? And it relays the dramas of her relationships with figures as diverse as Nicole Stéphane, who starred in Jean Cocteau’s Les Enfants Terribles, and, of course, photographer Annie Leibowitz, her longest and last relationship. Moser also tells of Sontag’s one-night stands with Warren Beatty and Robert Kennedy, among others.

But Moser’s achievement goes beyond the amassed and curated anecdotage. It lies in his attempt to locate Sontag philosophically, and reveal a Freudian who struggled all her life with the contradiction between the uncontrollable fantasy worlds of our unconscious, and the discipline and repression necessary for the functioning of civilised society. One of Sontag’s masterpieces is revealed to be her 1959 study of Freud, which was published under the name of her then husband, Philip Rieff, to whom it remains credited to this day. Sontag had given Freud: The Mind of a Moralist almost 10 years of her life, from the time she left the University of Chicago in 1951 aged only 17. It is described by critic George Sciabbla as a ‘vigorous dissent’ from the influential Marcusian view of Freud as a prophet of psychological and sexual liberation. Or, as Sontag herself told a class she was teaching at Columbia University, ‘Freud never conceived of the possibility of an unrepressed society.’

Moser charts Sontag’s own journey from an obsession with metaphor and dream towards a life steeped in the repressive and painful demands of reality, through her own artistic development. This takes the reader from her early Wilde-influenced novel, The Benefactor (1963), via experiments in modernist filmmaking, to her ultimate accommodation with the norms of the 19th-century novel in her last two works of fiction, The Volcano Lover (1992) and In America (1999). This development was also manifest in her non-fiction works, from the celebration of art for art’s sake in her seminal mid-1960s monographs, On Camp and Against Interpretation, to the excoriation and primality of her late 1970s and 1980s works On Photography and Illness as Metaphor, where she showed that overly artistic representations of reality could lead to dehumanisation and a commodification of suffering.

Her personal and artistic apotheosis is movingly conveyed in the chapters covering her extraordinary stay in a besieged Sarajevo, during the Yugoslavian cataclysm of the 1990s. In contrast to other cultural and journalistic tourists, she put her body and life on the line to stage and direct a unique version of Beckett’s Waiting for Godot. As a Bosnian friend of Sontag said of the production, ‘there was nothing direct about people’s emotions… we needed it… it was full of metaphors’. Perhaps it was here, then, that Sontag found a way to artistically represent brute reality without sacrificing it to art.

Sontag: Her Life, by Benjamin Moser, is published by Allen Lane. (Order this book from Amazon(UK)).

Picture by: Peter Hujar, published under a creative commons license.