The hypocrisy of the BLM lockdown-breakers

For months the left warned us not to break the lockdown, yet now they are doing so with impunity. 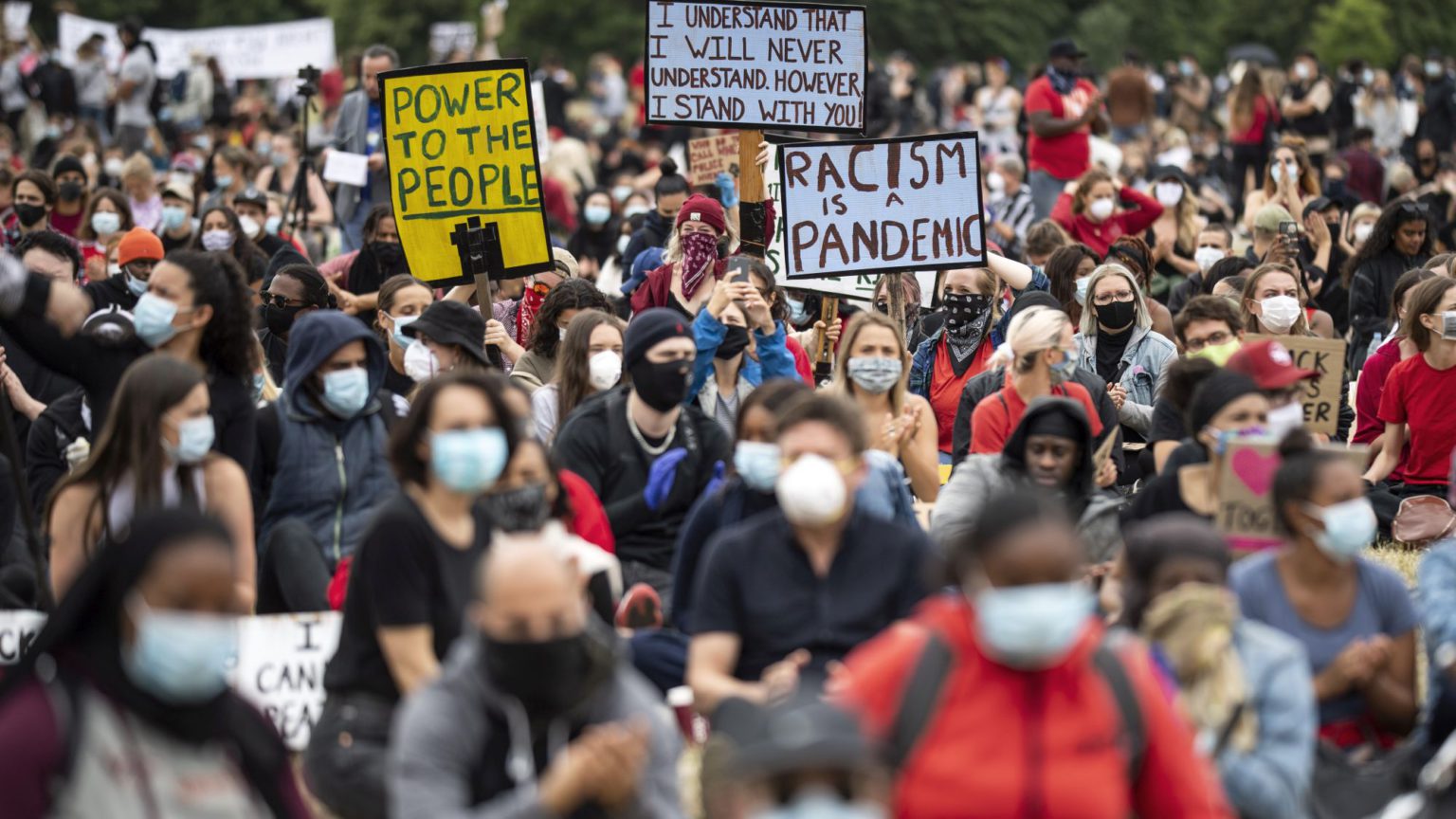 So that’s how the lockdown ends. Not with a bang. And not with a whimper, either. But with a brazen display of double standards and hypocrisy by Labour politicians and the media elites.

The lockdown in Britain is over. Make no mistake about that. The crowds of people who gathered to shout ‘Black Lives Matter!’ in Trafalgar Square, Hyde Park, Whitehall and elsewhere have seen to that.

Crowding together, high-fiving, breathing in each other’s face, and in the faces of police officers too… these teeming political assemblies have defied social-distancing rules and the effective ban on political activity enforced by the outrageously authoritarian corona laws. And in doing so, they have sent a message to the country: if you really want to do something, don’t let the lockdown stand in your way.

In a sense, we should thank them for this. At least, those of us who are lockdown sceptics, who think 10 weeks of shutdown has been disastrous for the economy, liberty and working people’s lives, should thank them. They have done what others failed to: signalled to the country that social distancing no longer applies and you can go about your freedom and your business as usual.

But – and this is a big but – we cannot let this moment pass without commenting on the eye-swivelling hypocrisy of it all.

For weeks the Labour left and certain sections of the media have been at the forefront of policing the lockdown and shaming lockdown breakers. People on beaches, people in parks, people celebrating VE Day on their street, Dominic Cummings and that goddamn car journey to Durham which, ludicrously, dominated the front pages of the papers for an entire week… anyone who deviated from lockdown was denounced, raged against as a threat to public health, found guilty in Twitter’s kangaroo court of helping to bring about a ‘second spike’.

And this raging was very often done by the kind of people who have attended or at least celebrated the BLM gatherings in London. I wouldn’t be one bit surprised if the Islingtonian middle-class grungies who stood outside Dominic Cummings’ house with placards calling him ‘demonic’ for driving to Durham were in that huge, squished crowd in Hyde Park.

As for Labour and the liberal media. Politicians like Dawn Butler and Barry Gardiner fumed against anyone who suggested an easing of the lockdown. Butler nuttily accused Boris Johnson of sending people out to catch the virus when he said more people should start returning to work. Gardiner, like everyone else in the chattering classes, condemned Cummings for taking his family to Durham when they were ill. Yet now both of these politicians praise and even attend mass, non-socially-distanced gatherings.

Gardiner boasted about breaking the lockdown to attend the BLM demo outside parliament. Butler says these protesters are beyond criticism. ‘Don’t even go there!’, she said to a Tory MP who suggested the protesters could give rise to a second spike of Covid.

The media, meanwhile, have obsessed ridiculously over lockdown-breakers in recent weeks. Not just Cummings but also everyday people having a beer on Brighton beach or strolling in parks. Yet their reports on the BLM gatherings have said virtually nothing about social distancing. Just like that, social distancing disappears, the lockdown ends, it’s all over.

People are saying it’s okay to break the lockdown for a BLM gathering because this is an important issue. Fine. Many people will understand that. But celebrating VE Day is important too. Seeing loved ones is important. Attending funerals is important. Having the right to protest against lockdown is important. Sending one’s kids to school is important. Work is important. Yet we were told not to do any of that stuff, on pain of punishment, and many of the same Labour and media types now relishing the lockdown-busting BLM demo were at the forefront of dencouncing as reckless and immoral anyone who did do those things.

The same people who sneered at ‘rednecks’ in the US and lockdown sceptics in the UK for attending protests – accusing them of killing old people and generally being scum – now attend their own protests and expect no criticism whatsoever.

Fine. Protest. The right to protest is a key liberty and, as some of us have argued from the beginning of all this, it was wrong for the state to cancel it following the outbreak of Covid-19. But we need a reckoning with these double standards. The liberal elites are essentially saying to us that their political views and their personal lives are more important than ours. So we can’t break lockdown, but they can. That is elitism, plain and simple, and we should challenge it. How about a protest?