The shallow exploitation of the ‘migrant crisis’ 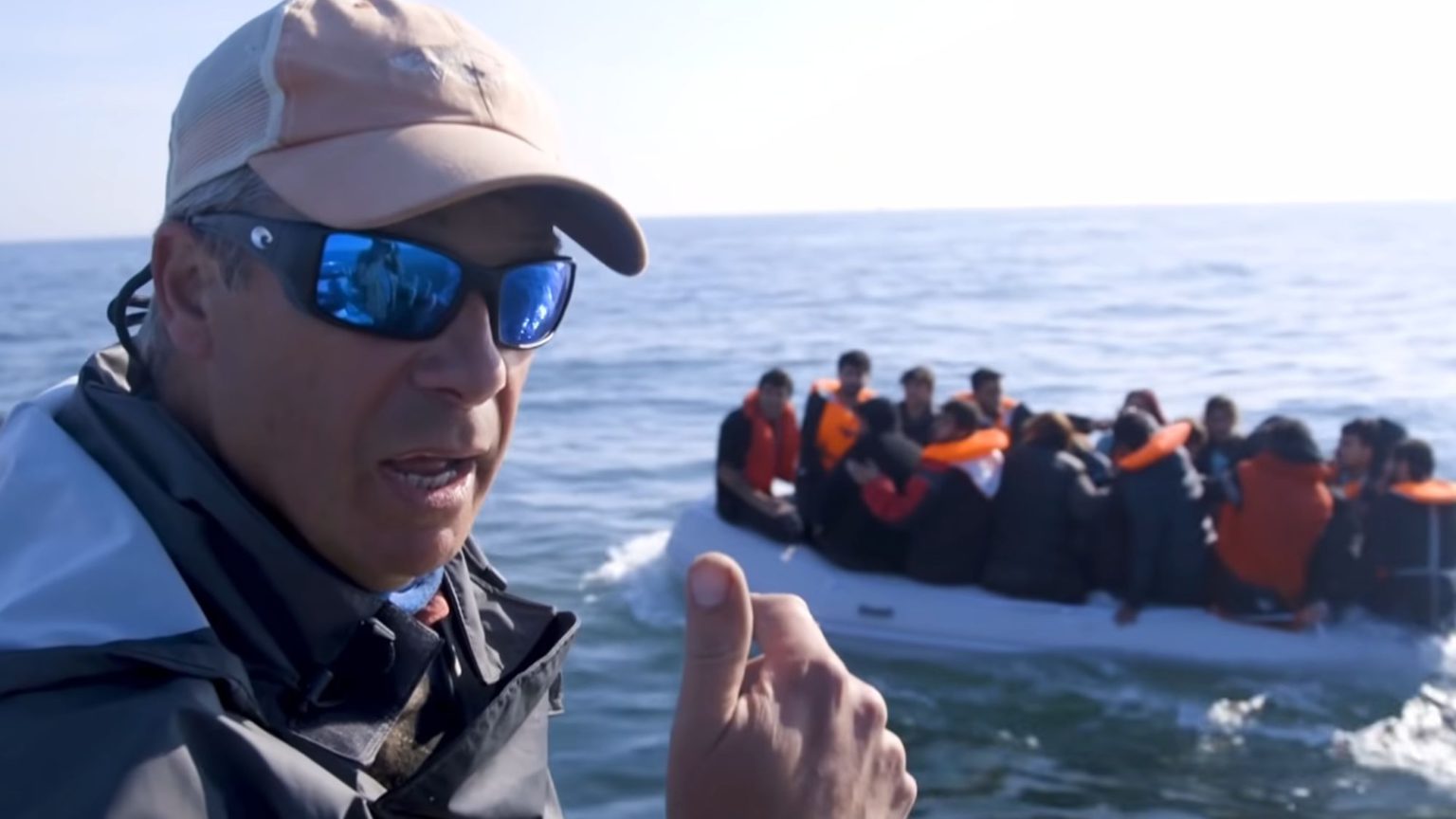 Broadcaster and leading Brexiter Nigel Farage called it an ‘invasion’. Which is stretching it.

He is right that over the past three years, an increasing number of migrants have crossed the English Channel, landed somewhere on the Kent and occasionally Sussex coastline, and entered the UK illegally. In 2018, the Home Office said 297 people were known to have used this route. In 2019, the figure stood at 1,890. By May this year, the figure already stands at 1,590. It’s a significant development, although one no doubt exacerbated by the pandemic-induced closure of other migration routes.

But both in size and intention it does not constitute an ‘invasion’. At the height of the European migrant crisis in 2015, Italy alone had received over 50,000 boat-borne migrants by June that year. The UK, so far as we know, has received just over two per cent of that figure. And as for the migrants’ intentions, it’s safe to say they are not interested in conquest. Many are simply and understandably seeking a better standard of living than that offered by their often wartorn homelands (which are usually the historical recipients of Western military intervention), let alone the miserable migrant camps in which they found themselves at Calais.

There is undoubtedly a problem here, though. A combination of the UN Refugee Convention, international maritime law and French authorities’ willingness to move ‘a problem’ on, means that UK border forces end up in the position of being legally obliged to escort hundreds of migrants a year into UK territory, where they will then wait months and years for their applications for asylum to be processed. And that’s just the ones who get caught. There are likely to be many more a year who escape the attentions of the UK Border Force, rendezvous with traffickers in the UK before being put to low-to-no paid work in, say, a city-centre carwash. The principal and possibly sole beneficiaries of this infernal arrangement are not the migrants, of course – they’re the human-traffickers charging several thousand pounds a head for the crossing, and their criminal associates, extracting more and more in the course of these undocumented individuals’ precarious, black-marketised existence.

But painting this as an ‘invasion’ is unhelpful. It overstates and misrepresents the problem of illegal migration. And it dehumanises the migrants, transforming them into a malign force, indeed into ‘invaders’.

Yet those willing to dismiss and ignore Farage’s concerns, as yet more proof of the bigotry, xenophobia, racism etczzz of the wider Brexit vote, are the bigger problem here. With assorted charities to the fore, such as Refugee Action and Care4Calais (which once blithely tweeted the quote ‘Brexit, Donald Trump and facism make these such dangerous times’), this constituency consistently presents those making the perilous Channel crossing as helpless victims. Victims of the traffickers. Victims of the countries from which they were forced to flee. And, above all, victims of those across the world, and especially the UK, whose prejudices, nativism and sheer closed-mindedness have erected real borders between people. Or as one commentator put it of the inhabitants of Kent: ‘Brexit has cracked us open, allowed our strongest feelings to come out… There are still people who offer help and welcome [to migrants], but they are not running the country.’

So while some on the right are using the so-called UK migrant crisis to showcase their patriotism and concern for the nation, their opponents are also using the migrants. They’re using them to showcase their openness, their compassion, their superior virtue. Indeed, they’re using these bedraggled figures, collapsing on to England’s shorelines, as symbols both of the folly of borders and nations, and of the cruelty and narrow-mindedness of all those who cleave to them. If some on the right have dehumanised those crammed perilously into small dinghies for five grand a pop, then so too have their opponents. And what’s more, in doing so, in encouraging others to make that same crossing, they play into the hands of the traffickers and all those who seek to profit from migrants’ desire to make a better life for themselves.

That’s the problem with this rather confected outrage over illegal immigration in the Channel. It exemplifies the way in which immigration has been turned into a means of political showmanship. On one side, the virtue-signalling cosmopolitan; on the one other the flag-waving patriot.

But at least the ‘flag-waving patriot’ is on the right path – namely, defending the importance of borders. For these were never merely lines arbitrarily drawn on a map, dividing and antagonising us for ever more. Rather, like the boundaries between humans and animals, and good and evil, they indicate something substantial. They are the territorial expression of a political community, a means by which we as a people constitute ourselves as such, the means by which we judge what we value and what we don’t. They are the bounds within which the laws, mores, and, deeper still, the everyday rituals and features of our public life and culture develop and bond us to one another. A national territory is not merely a physical space. It is the domain in which citizenship – from our rights to duties – pertains and has real meaning. Get rid of the borders, or render them meaningless by encouraging and even celebrating their transgression, and you undermine what it is to be a citizen. Indeed, you undermine what it is to belong to anywhere at all.

That, in a sense, is the predicament in which we find ourselves. Too many, thinking it the right-on, woke thing to do, oppose borders. They see them in terms of Trump’s much-trumpeted ‘wall’, as a bigoted means to keep ‘them’ out. And they therefore see migrants as a means to undermine these expressions of bigotry and closed-mindedness. But in doing so, in green-lighting the transgression of borders, they imperil the very meaning of citizenship and civic belonging.

Ironically, if we are to have an open and generous immigration system, one which wipes out the market for human traffickers, it needs to be something citizens of a post-Brexit UK support. It needs to be something democratically agreed upon. Something that a political community values. And for that you need the very thing the virtue-signallers decrying borders are undermining – a citizenry.