We have handed unprecedented powers to bumbling idiots. 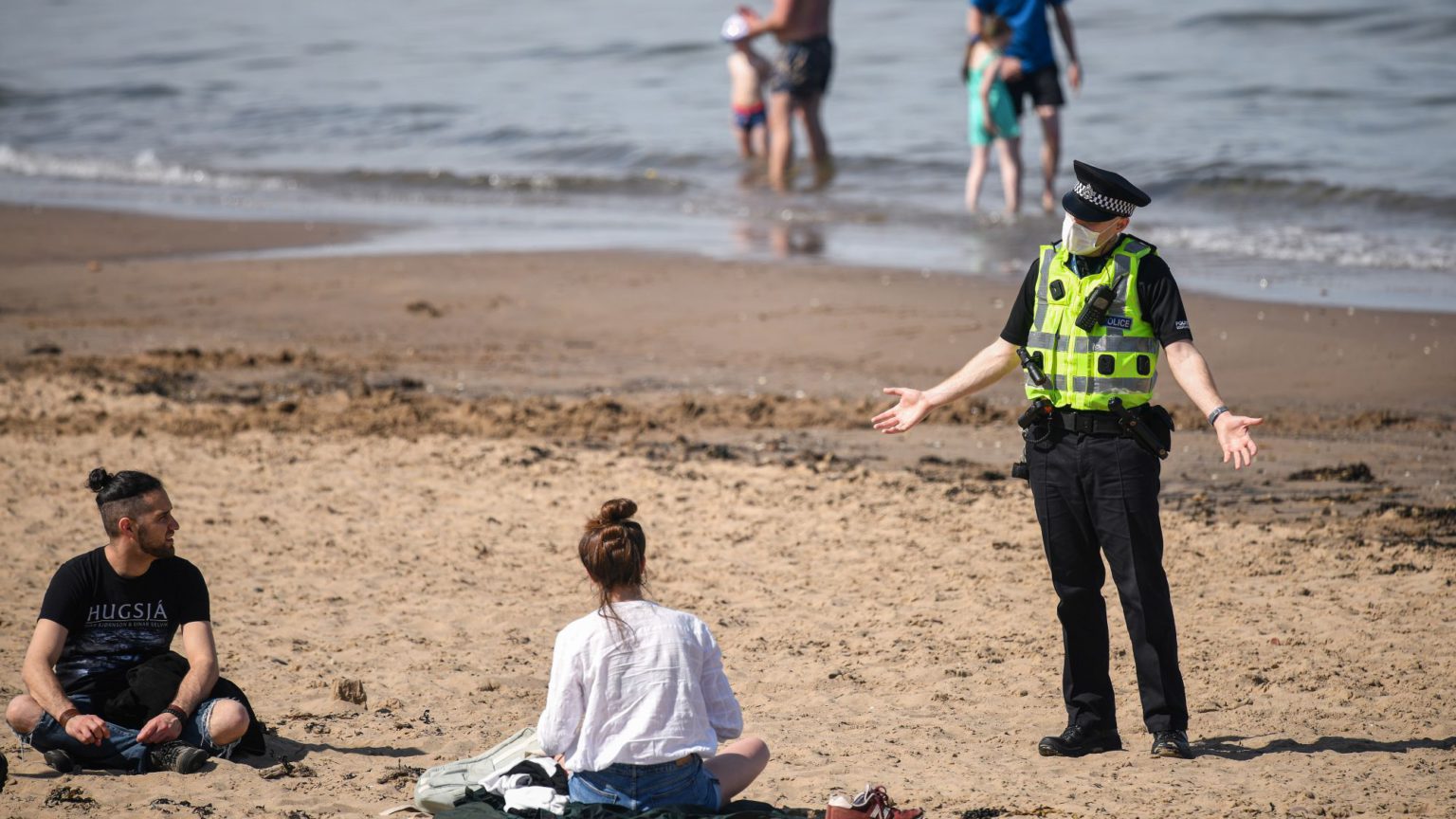 The Crown Prosecution Service has revealed that every single person prosecuted under the Coronavirus Act, which gives police powers to detain ‘potentially infectious’ people, was wrongfully charged. What’s more, 12 people charged under the Health Protection (Coronavirus) Regulations, brought in to enforce the lockdown, have also had their cases abandoned. The CPS has now ordered an unprecedented review of all cases brought under the new corona legislation.

Anyone who has paid attention to the absurd and menacing criminalisation of various activities over the past two months won’t be surprised. In fact, the very first person to be prosecuted under the Coronavirus Act had her case overturned within days. Forty-four-year-old Marie Dinou was arrested and convicted at the end of March after she was found ‘loitering between platforms’ at Newcastle rail station and remained silent when police asked her about why she was travelling. She was arrested, convicted and given a £660 fine. But it was quashed after police admitted the wrong law had been used to charge her.

This was one of many cases in which the Coronavirus Act was apparently confused by police, prosecutors and judges with the separate public-health regulations, brought in specifically to enforce the lockdown. Police had no reason to believe Dinou was ‘potentially infectious’, but charged her under the Coronavirus Act anyway, resulting in a far heftier fine than the £60 fine that would have been issued had police found her to be outside without ‘reasonable excuse’ – a violation of the public-health regulations.

Eighteen-year-old Lewis Brown was another of the high-profile cases. He was not only wrongfully charged and convicted under the Coronavirus Act (he was arrested in Oxford when he was trying to take money to his vulnerable mum) — he was also wrongfully charged and convicted under the wrong bit of it, which applied only to Wales. Indeed, according to the CPS, most of the fines relating to the lockdown that have been quashed ‘usually involved Welsh regulations being applied in England or vice versa’.

The incompetence is startling, and doesn’t stop there. In mid April, it was revealed that police in England had wrongly issued 39 fines to children. The fines were withdrawn after it was pointed out that the law does not allow fixed-penalty notices to be issued to those under the age of 18.

After each and every cock-up, police have been quick to stress how difficult this all is for them. A month ago, in response to growing criticism, National Police Chiefs’ Council chairman Martin Hewitt told the press that the new laws had come in at ‘great speed’ and that officers were ‘trying to do their best in very, very difficult and unusual circumstances’.

But that excuse has worn thin as the weeks have gone on and the wrongful arrests have piled up. Plus it was never all that good an excuse to begin with, given you would expect police to know a bit about the laws they have been so gleefully enforcing. Indeed the enthusiasm with which some officers around the country set about over-interpreting the new rules – scrambling drones over the Peak District, patrolling the ‘non-essential’ aisles of supermarkets, or telling people they can’t sit in their own front garden – suggests the new rules went to their heads before they even bothered to read them.

Even after various pieces of guidance were issued, some forces carried on harassing people unnecessarily. Civil-liberties group Big Brother Watch, which has been holding the police’s feet to the fire from the beginning of this crisis, recently confronted police chiefs with legal guidance clarifying that people are allowed to drive a reasonable distance to exercise. Dorset Police responded by saying that allowing people to drive to exercise was ‘not within the spirit of what we are trying to achieve… regardless of whether it is “lawful” or not’.

Part of the problem here is the wide discretion police have in enforcing the Coronavirus Act and the public-health regulations. What constitutes a ‘reasonable excuse’ to be outside, or how a policeman might determine that someone is ‘potentially infectious’, is open to interpretation. What’s more, while a copper might order you home on ridiculous grounds, refusing to comply with that order could still mean you fall foul of the law.

The police aren’t the only people to blame here. The government, after all, passed these laws, with barely a peep from the opposition despite their remarkably draconian content. The Coronavirus Act will expire after two years, which, as many human-rights organisations have said, is excessive and unusual. The lockdown regulations, meanwhile, were brought in and are being updated under emergency powers and without a vote. What’s more, as Kirsty Brimelow QC has rightly pointed out, the CPS also bears a great deal of responsibility for ‘overseeing many wrongful prosecutions and convictions’.

Still, the incompetence, twattishness and, on occasion, thuggery with which some officers have set about enforcing the lockdown has been disgraceful. Greater Manchester Police were forced to apologise last month after an officer was filmed threatening to pepper spray and then arresting a man who was running errands for his mother. The cop even shouted ‘you’ll be next’ at a woman who took him to task for manhandling the innocent man, who was later ‘de-arrested’. A viral clip from the anti-lockdown protest in Hyde Park on Saturday showed three officers wrestling a man to the ground; one cop then knee-dropped him.

The exploits of the corona cops serve as a reminder as to why handing over extraordinary powers to the state in the name of our own protection is such a bad idea – and why, even in extraordinary situations, such powers must be short-lived and kept in check. Many of those who agitated for this police state seem to have been given a brisk education in what many police officers are actually like. Meanwhile, the pro-lockdown left has been remarkably quiet about these excesses of the armed wing of the state.

But they all have to take some responsibility for this mess. The hysteria created by the commentariat in the rush to lockdown, the indifference shown to civil-liberties concerns, and the ludicrous shaming of park sunbathers and ‘non-essential’ shoppers, lent the police a kind of moral authority that some officers readily abused. When a journalist tried to film an altercation between police and a member of the public in London last month, he was threatened with a fine and told he was ‘killing people’ (despite the fact that the journalist was keeping his distance and the cops, spitting their orders, were not).

Those who demanded this police state can’t now wash their hands of it. They helped give unprecedented powers to bumbling idiots.