Title IX: the sexist blight on US campuses 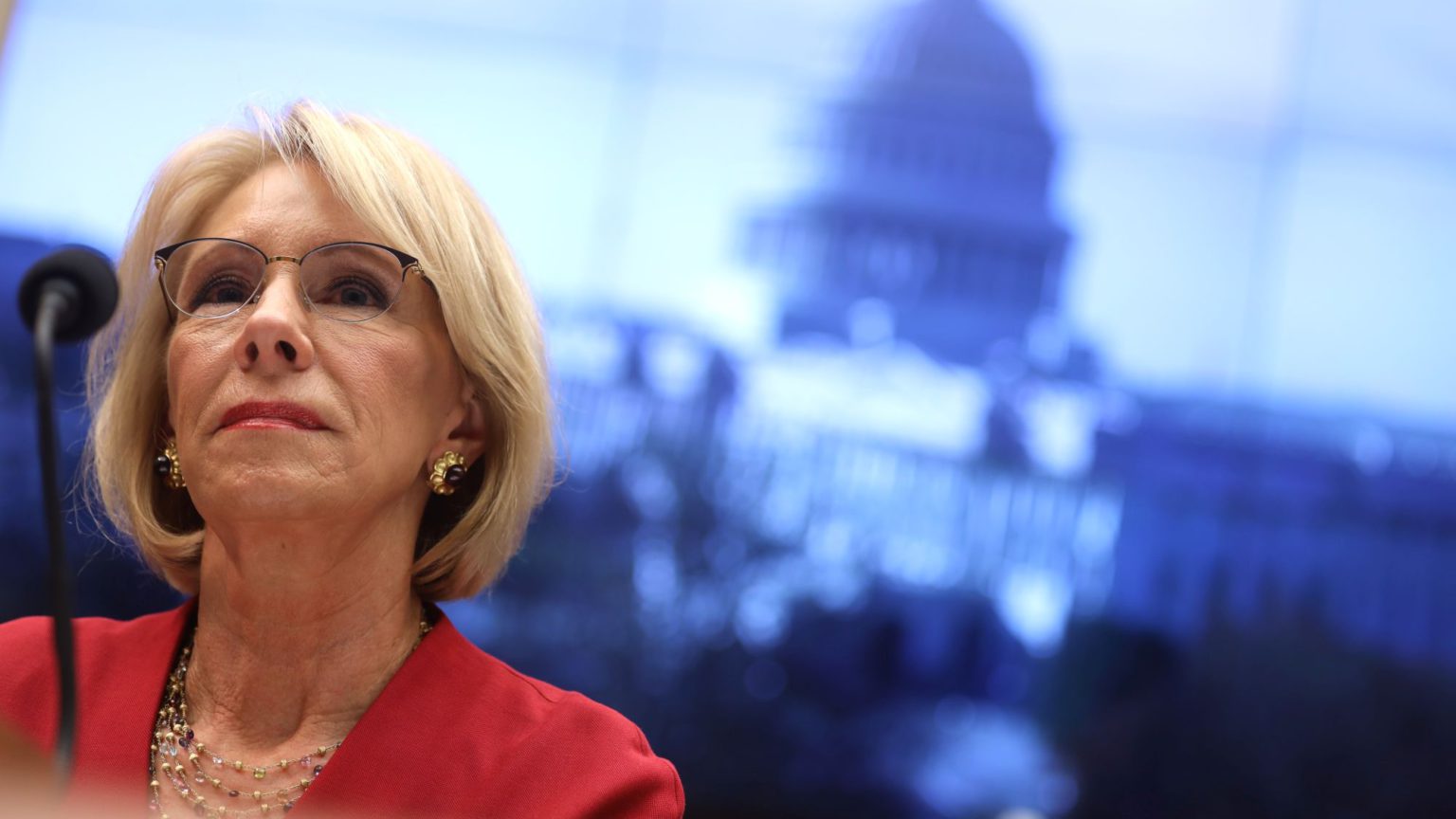 The Trump administration is quietly attacking student safety on campus. At least that is the contention of those currently slamming US education secretary Betsy DeVos for trying to overhaul Title IX – the federal regulations governing colleges’ and universities’ handling of sexual-assault and sexual-harassment claims.

Title IX actually began as a mere 37-word clause in the 1972 Federal Education Amendments. It read:

‘No person in the United States shall, on the basis of sex, be excluded from participation in, be denied the benefits of, or be subjected to discrimination under any education program or activity receiving Federal financial assistance.’

Co-authored by Democratic Congresswoman Patsy Mink and Democratic senator Birch Bayh, it was simply designed to provide protection against sex discrimination in educational facilities. As Bayh told the Senate, it was time to start treating women as equals: ‘The facts absolutely contradict these myths about the “weaker sex” and it is time to change our operating assumptions.’

In early 2011, under the Obama administration, Title IX took on a new meaning. In the form of a so-called Dear Colleague letter, the US Department of Education’s Office for Civil rights (OCR) called for a drastic expansion of Title IX. Rather than simply preventing sexual discrimination, federally funded colleges were now to intervene actively in accusations of sexual harassment.

In particular, the OCR focused on how colleges and universities handled sexual-harassment allegations. It redefined sexual harassment as ‘unwelcome conduct of a sexual nature’, a definition so broad and loose that a whole range of behaviour could be caught in its net. And it argued that institutions should issue verdicts based not on ‘clear and convincing evidence’, but on a ‘preponderance of evidence’ – the lowest possible standard of proof in the US judiciary system. The OCR also discouraged institutions from allowing the accused to question his accuser, because it ‘may be traumatic or intimidating, thereby possibly escalating or perpetuating a hostile environment’. And if a not guilty verdict were to be delivered, the accuser should be allowed to bring forward another case against the alleged perpetrator — a clear violation of the double jeopardy rule. Institutions were also told to take ‘proactive measures to prevent sexual harassment and violence’ in the form of ‘preventive education programs’ and ‘victim resources’.

Almost from the moment they were implemented, Title IX regulations caused controversy. It was becoming clear that Title IX had encouraged a kangaroo-court approach to justice. In 2017, the University of Southern California kicked out a college-football student after another student reported that he or she had seen the football student abusing his girlfriend. The girlfriend said they had merely been ‘roughhousing’, but the Title IX investigators said she was trying to protect her boyfriend out of fear, and expelled him anyway.

It got worse for Title IX. In her explosive 2017 investigation, Atlantic journalist Emily Yoffe pointed out that Title IX cases often involved black male students. Grant Neal, for example, was a college athlete expelled after a friend of his girlfriend reported him after spotting a love bite on his girlfriend’s neck. Neal was accused, given bad advice during the investigation and eventually stripped of his college degree (and future as an athlete), despite the fact his then girlfriend never complained, and even insisted she was ‘fine’ and ‘wasn’t raped’. Elsewhere, Colgate University was even investigated for race discrimination on the basis of its Title IX cases.

So DeVos’s reforms look like a much needed corrective to Title IX’s palpable injustice. These reforms include (re-)narrowing the definition of what constitutes sexual harassment; and live hearings, during which defendants will be given the new right to cross-examine their accuser through a third party.

And yet despite Title IX’s clear failings, DeVos’s proposed changes have still prompted outrage. The US National Women’s Law Center is suing the US Department of Education for ‘gutting’ protections against students on campus. And Joe Biden – the notorious hugging and hair-smelling Democratic presidential hopeful – has promised a ‘quick end’ to DeVos’s proposals if he gets into office, saying that the changes ‘guarantee that college campuses will be less safe for our nation’s young people’.

Yet contrary to the shrieking of Title IX fans, DeVos is not rowing back on Title IX beyond all recognition. In fact, the tweaks she has suggested are disappointingly slight. For instance, the US Department of Education has asserted that its reformed Title IX will still empower ‘survivors to make decisions about how a school responds to incidents of sexual harassment’. And this is the root problem of the Title IX debate: with both sides claiming that they are doing the right thing for ‘survivors’ and that they are concerned above all with student ‘safety’, neither side seems sufficiently interested in what should be of paramount concern – the administration of justice in a fair and objective manner.

DeVos is at least showing a willingness to tackle the sexual-harassment panic on campus. The tightening up of the definition of sexual harassment is essential, as is the accused’s freedom to question his or her accuser. The problem with these reforms is that they don’t go far enough. If anything, DeVos should strip Title IX back to the original 1972 paragraph.

Indeed, the original co-authors of Title IX argued that women shouldn’t be treated differently to men. They argued against the stereotype of women as fragile, pretty young things in need of protection. It’s appalling, then, that such a sexist and patronising view of women has been revived under the guise of a concern about sexual harassment. It’s time for Title IX to fall, and for students to start demanding freedom from the patronising and watchful eye of their university administrations.