Mike Flynn and the FBI’s assault on American democracy

Anti-Trumpers cheered on the bureau as it fitted up one of the first casualties of Russiagate. 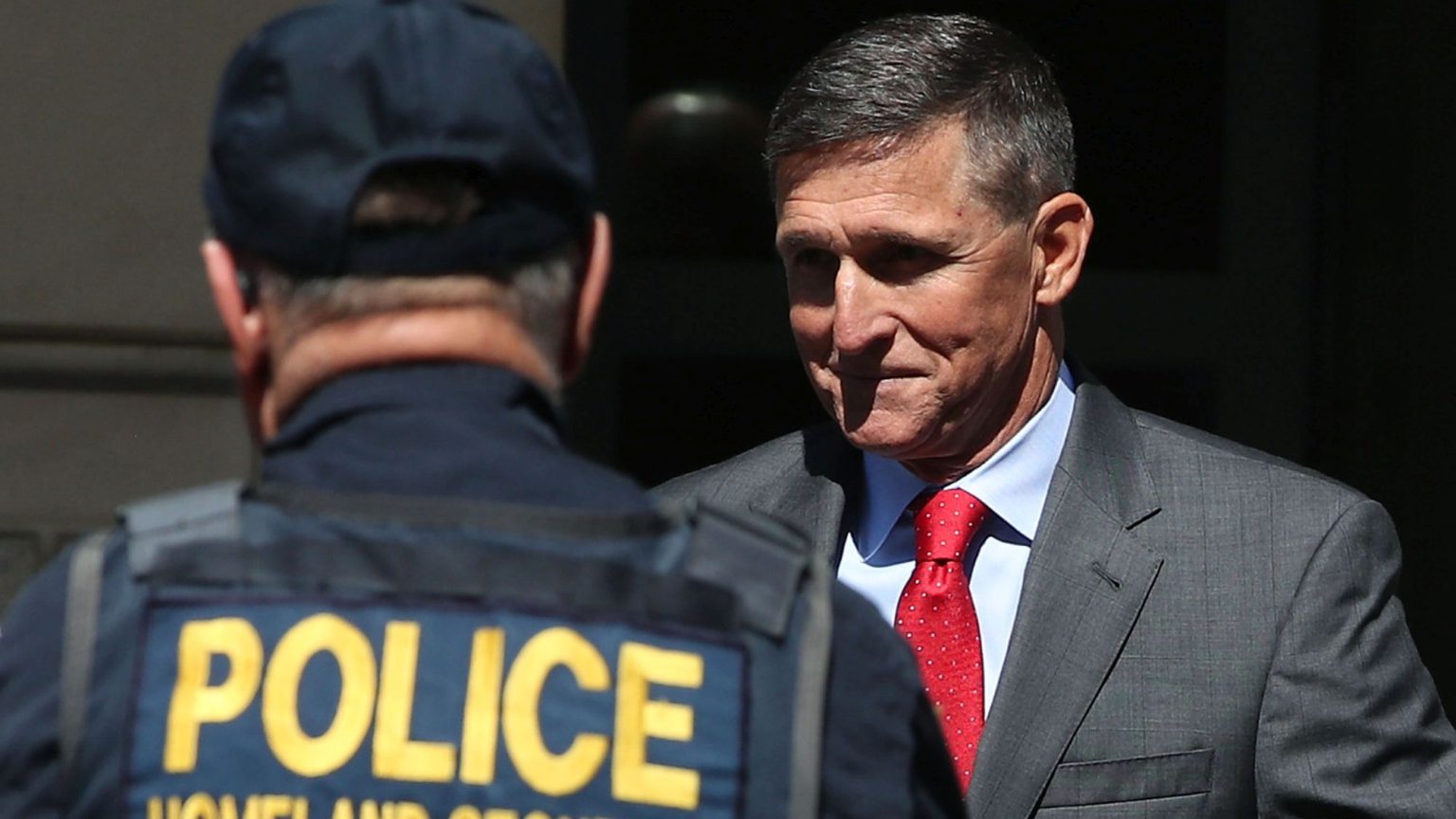 Just over a year ago, the special counsel investigation into alleged Russian interference in the 2016 US presidential election ended with barely a whimper. The thousands of subpoenas, the myriad search warrants, the countless witness interviews – they all amounted to diddly squat. As the US attorney general William Barr summed it up at the time: ‘The investigation did not establish that members of the Trump campaign conspired or coordinated with the Russian government in its election interference activities.’

Admittedly, Mueller had succeeded in exposing some criminal wrongdoing – Michael Cohen, Trump’s attorney, was sentenced to three years in prison for campaign-finance and fraud crimes, while Trump’s campaign chief, Paul Manafort, was convicted of financial fraud. But these crimes were all tangential. None related to the object of the investigation — namely, proving that the Russian state colluded with the Trump campaign during and after the 2016 presidential election.

For the anti-Trump Resistance, and its entitled liberal fellow-travellers, it came as a crushing blow. They were so used to being represented in power that they couldn’t accept not being. So they had clung to the bonkers belief that Trump, aided and abetted by Russia, had somehow cheated. But, with Mueller’s verdict in, the belief that Russia had exerted a decisive influence over Trump’s election now stood exposed for what it always was: a conspiracy theory.

It is easy now to mock all those at the New York Times, or the Washington Post, or the Guardian, who, upset over Brexit and Trump, relentlessly peddled such conspiratorial bilge. Those who sought to ‘connect the dots’ showing the ‘Trump-Russia nexus’. Or those who feasted on the daft Steele dossier, commissioned by the Democratic National Committee, which claimed the Ruskies had a video of Trump engaged in a spot of pissy erotica. Or those who reported, frothing at the mouth, that Manafort had held secret talks with Julian Assange inside the Ecuadorian embassy in London in 2016, presumably to line up the wikileaking of Hillary Clinton’s emails. Utter bollocks, the lot of it.

Now, according to documents released as part of a review of the FBI’s investigation into Michael Flynn’s alleged collusion with Russia, it gets worse. These documents show what many long suspected – that the FBI itself worked against the elected president, while anti-Trump elites cheered it on.

Flynn, if you recall, was one of the first casualties of Russiagate. A decorated former general and a predictably mad Iranophobe, he was appointed national security adviser by Trump in late 2016, during the transition period between the Obama administration and the Trump administration. But, after just 24 days, he was forced to step down after it emerged he had spoken to the Russian ambassador Sergey Kislyak in December 2016 – that is to say, before he took up the position of national security adviser.

What’s more, the FBI had recorded the conversation, and heard Flynn telling Kislyak that Russia shouldn’t overreact to the sanctions that outgoing president Obama had just imposed on it – a response, it should be remembered, to the allegations of Russian electoral interference. A few weeks later, the FBI interviewed Flynn about the conversation. Flynn then maintained to vice-president Mike Pence that he hadn’t mentioned foreign policy to Kislyak. So the FBI leaked the conversation to the press showing that he had. Cue Flynn’s resignation.

At the time, it was unclear precisely what Flynn had done wrong. Yes, it was against the law for a private citizen to interfere in diplomatic relations between the US and a foreign nation (under the Logan Act of 1799, which, in its 200-plus years, has yielded, er, zero convictions). Yet it was clear Flynn wasn’t simply a private citizen; he was also the national security adviser for Trump’s incoming administration, and it was in that role that he was speaking to Kislyak, and attempting, rather sensibly you might think, to smooth the Obama-troubled waters between the US and Russia ahead of Trump’s inauguration. After all, why would the Trump administration want to inherit a diplomatic crisis manufactured by the previous administration just weeks before it departed?

But none of that mattered. So febrile was the climate at the time, and so convinced were Trump’s opponents that Russia was behind his rise, that the Flynn case was waved around as yet more proof of Team Trump’s collusion with Russia. And, as such, it re-energised and re-authorised the FBI’s investigation into Russian interference in the election, which had begun in the summer of 2016, following the hacking of Democratic Party email systems.

FBI officers had recorded what Flynn said to Kislyak. They knew the exact contents of the exchange. But, as the National Review’s Andrew C McCarthy explains, they weren’t looking for Flynn to help them understand what Russia might be up to by going through the interview line-by-line. They wanted to catch him out, and make him deny saying something they knew he’d said. Which is precisely what they did. And with Flynn entrapped, they not only had the scalp of a senior Trump official — they also had fuel for the Russian fire they were determined to keep alight under Trump.

It is all so brazenly cynical. The FBI’s then leading figures, including the director James Comey, were utterly convinced of Russia’s interference, in advance of any definitive proof. They went so far as fitting up an official appointed by the president-elect. Comey even acknowledged in 2018 that the FBI ‘probably wouldn’t have done or maybe gotten away with’ interrogating Flynn without consulting the White House (which would have refused it permission) ‘in a more organised administration’. And worse still, FBI agents were encouraged, celebrated even, by too many in the press and beyond who were equally gripped by these delusions of Russian power, and their hatred of Trump.

A year on from the Mueller investigation, the actions of powerful anti-Trump cliques look more reprehensible and sinister than ever. As the Flynn case shows, spooks, aided and abetted by a baying media, actively conspired against an elected president. These were not the actions of a democratic state. They were the actions of a state in which democracy was deemed suspect. A state all too willing to put democracy on trial if it did not deliver the result its agents expected.