The SNP’s war on free speech

The Scottish government’s new hate-crime laws will have devastating consequences for liberty. 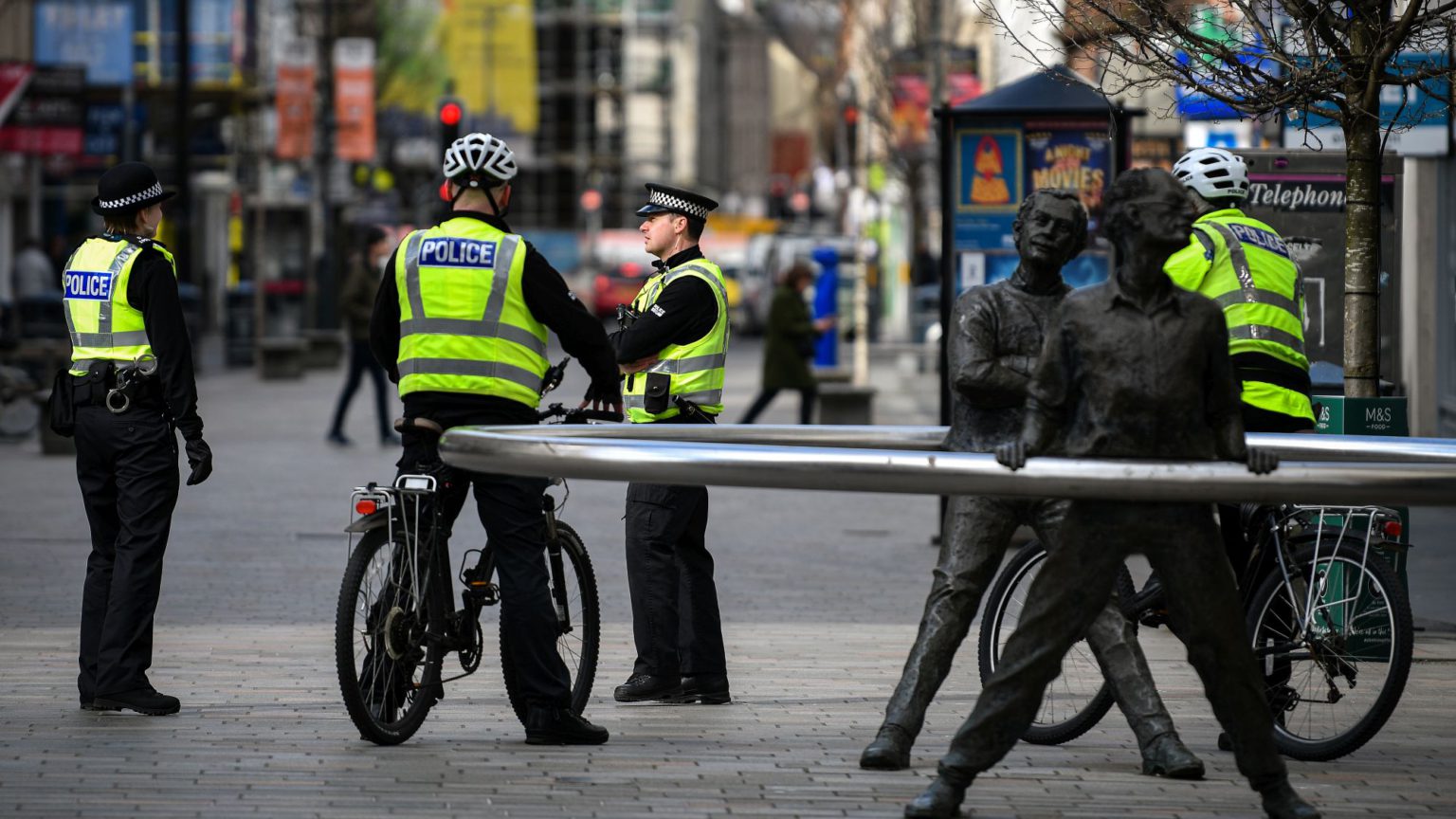 The Scottish government wants to modernise and consolidate the law on what people are permitted to say to each other. The Scottish administration’s Hate Crime and Public Order Bill, introduced in Holyrood last week, aims to extend considerably the category of banned speech. This should ring loud alarm bells.

At present, Scots hate-crime law largely parallels the English law (actually it is slightly narrower). It criminalises the stirring up of racial hatred by any behaviour that is threatening, abusive or insulting, and it requires heavier sentencing for a number of crimes if they are aggravated by hostility towards the victim’s race, religion, disability, sexual orientation or transgender status. Unlike English law, however, Scots law does not yet penalise the stirring up of anti-religious or anti-gay hatred.

In 2017, the SNP government decided this had to change. It appointed Lord Bracadale, a far from libertarian Scottish appeal judge, to review the matter. His spectacularly hardline report was published a year later. Based on this report, Holyrood now proposes leaving racial-hatred law largely alone while introducing, in effect, three new offences.

First: a general crime of doing anything, or communicating any material, which is threatening or abusive and is intended or likely to engender hatred based on age, disability, religion, sexual orientation, transgender or intersex identity. Second: a crime of merely possessing any such material, if you hold it with a view to communicating it – that is, in any way to anyone either in public or in private (such as showing a computer file to a friend over a dram). Third: criminal sanctions on anyone involved in the management of any organisation who fails to take steps to prevent any of the above. The penalty in all the above cases is up to seven years inside. And in addition to all this, the government proposes stiffer sentencing for hate crimes based on age.

There is so much wrong with these proposals. For one thing, the whole idea that hostility should aggravate an offence in relation to certain characteristics but not others needs reining in, not extending. To say that assaulting someone because he is old (and within the charmed circle of victim categories) deserves a heavier sentence than assaulting a teenager because he is the teacher’s pet (and therefore outside it) is discriminatory, grotesque and insulting. It is the hostility that matters, not whether the target falls within a group which has managed to persuade a government that it deserves victimhood status.

For another, the proposed new stand-alone offences not only carry an enormous potential sentence, but are intentionally vastly broader than those in force south of the border. In England, the ‘stirring up’ offence is limited to religion and sexual orientation (and the latter was only introduced in 2008). Further, this offence is carefully and deliberately circumscribed, applying only to the deliberate fomentation of hatred, and requiring threatening words or behaviour.

The Scottish government has no patience with such softness. Its proposals would outlaw behaviour that is not threatening but merely abusive. According to the very revealing notes attached to the bill, this apparently ‘strikes the right balance’ between criminalisation and freedom of speech.

The notes also say that requiring intent to stir up hatred is unacceptable because this would make it ‘prohibitively restrictive in practice’ for prosecutors who might find it difficult to prove intent. Or, to put it another way, the English solicitude for the rights of the defendant makes it too hard for police and prosecutors to tell people with awkward views to put up or shut up.

Holyrood also admits that, with the exception of hostility to religion, there is actually no evidence of either any serious problem or pressing need to extend the criminal law to cover characteristics like sexual orientation, age, disability, transgender or intersex identity. But no matter. The introduction of a suite of stirring-up offences covering all of them, it is said, will introduce a measure of justified ‘parity’. This will ‘allow the law to serve an important symbolic and educative function, sending a clear message that this type of behaviour attracts particular condemnation by society and will not be tolerated’. In other words, it is now apparently the function of Scots criminal law to punish behaviour simply to make a virtue-signalling point, and to provide as many identitarian pressure-groups as possible with an equal chance to suppress speech and behaviour they do not like.

The law does include a defence of ‘reasonableness’, but what ‘reasonable’ may mean to some impatient and humourless sheriff-depute on a wet Friday in Falkirk is anyone’s guess. There are also some token protections for the freedom to express religious views or argue intellectually about the morality of sexual practices. Nevertheless, these new laws are likely to have a considerable chilling effect.

There is no doubt that pressure groups, whether gay activist, born-again Christian or rampant anti-TERF, will keep up a steady stream of complaints to Police Scotland about behaviour which they would like suppressed in the media, on social media or elsewhere. There is equally little doubt that police officers will try to keep these groups off their backs by advising all and sundry that it is safer to avoid controversy. If all else fails, police will pressure the Procurator Fiscal to prosecute any refuseniks in order to keep them quiet in future.

For that matter, such prosecutions may often be unnecessary: laws like this breed self-censorship. Campaigning organisations supporting unpopular causes – for example, attacking transgender orthodoxy – may well feel they have to tone down what they say. It is depressingly easy to imagine editors and campaigners engaging in a good deal of self-censorship to avoid trouble with the police.

Indeed, this may not even be limited to editors in Scotland. Put yourself in the position of someone running a paper, magazine or blog which is published in England but read both sides of the border. If you are told that something which would never be prosecuted in England might lead the police to visit your Edinburgh distributors or even possibly land your company in the Edinburgh Sheriff Court, you are likely to modify your conduct accordingly.

Put bluntly, these are terrible proposals. The Scottish government has no interest whatsoever in freedom of speech. Instead it wants to project a comforting, woke image to professionals and other supporters in Pollokshields and Bruntsfield.

These laws must be opposed. Not only are they appallingly illiberal in themselves, but if passed they will not be the last word. Indeed, the bill itself envisages going further still: it contains a sinister power for the Scottish government to extend its effect in future so as to criminalise misogynistic speech, too. This would open yet another can of worms.

Nor is this only an issue for Scotland. The Law Commission in England is currently consulting on a possible expansion in English hate-crime law. If the Scottish proposals get the go-ahead, the omens in England are not good. You have been warned.