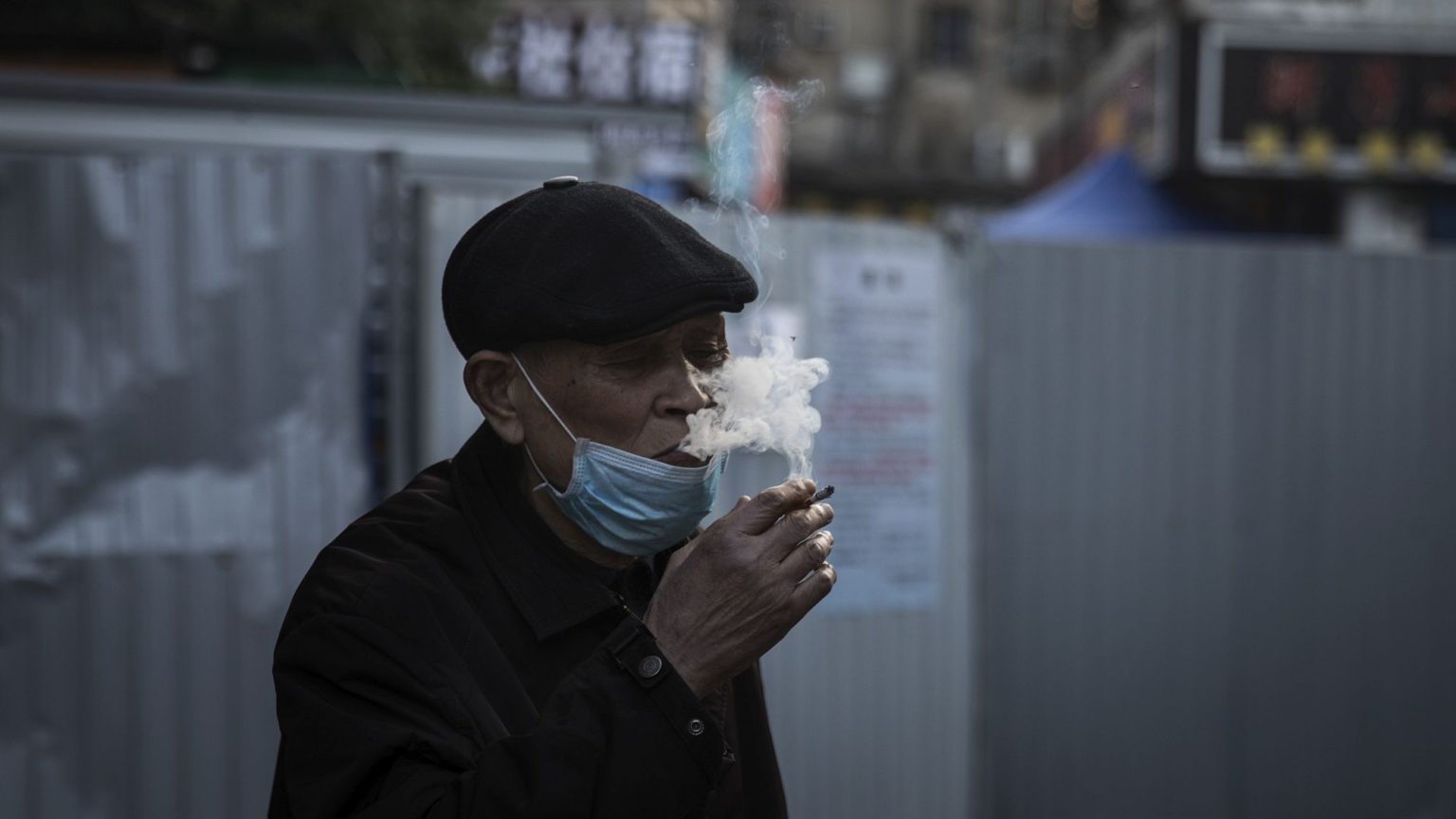 There’s not much to laugh about these days, but the news that smokers might be protected from Covid-19 is certainly one of them. With study after study showing that smokers are under-represented in coronavirus wards, the renowned French neuroscientist, Jean-Pierre Changeux, is working on a randomised control trial to test the effect of nicotine patches on Covid-19 patients.

This is far from being a crackpot theory. Changeux has explained his hypothesis at length here. In simple terms, he says that nicotinic acetylcholine receptors play a key role in the development of the disease and that nicotine can put a brake on it. If he is right – and the banter heuristic says he is – it would not only save thousands of lives but would also be one in the eye for the ‘public health’ groups who have been claiming that smoking and vaping are risk factors for Covid-19.

These groups are so used to lying with impunity that they wasted no time in asserting that smoking caused coronavirus complications when the pandemic began. In the US, newspapers have been filled with reports that smokers and vapers ‘may’ be at greater risk from Covid-19, a weasel word that requires no evidence. A group of doctors in New York urged governor Andrew Cuomo to ban the sale of all tobacco and e-cigarette products on the false premise that ‘mounting evidence demonstrates the link between tobacco use and increased risk for progressive Covid-19’. Meanwhile, the World Health Organisation has been taking occasional breaks from flattering the Chinese Communist Party to make evidence-free assertions about smokers being ‘likely’ to suffer more from the coronavirus.

Three weeks ago, Public Health England fished around in the emerging literature and found a study from China involving a grand total of five smokers hospitalised with Covid-19, of whom three suffered severe symptoms. From this crumb of evidence, they made the astounding claim that ‘smokers with Covid-19 are 14 times more likely to develop severe respiratory disease’.

Dr Konstantinos Farsalinos of the University of Patras in Greece noticed this phenomenon early on and put a preliminary study online in late March. It noted the ‘unusually low prevalence of current smoking was observed among hospitalised Covid-19 patients’, which ‘does not support the argument that current smoking is a risk factor for hospitalisation for Covid-19, and might suggest a protective role’.

A few days earlier, a group of doctors from the Royal Glamorgan Hospital had written to the British Medical Journal to point out that nicotine protects against the kind of acute inflammatory reactions seen in Covid patients and that ‘the simple use of nicotine patches should be urgently considered and discussed’. Nobody paid much attention, but evidence supporting the smoking hypothesis continued to slip out.

On 3 April, the US Centers for Disease Control published data on thousands of American Covid-19 cases. Once again, the proportion of smokers was tiny – just 1.3 per cent. Even ex-smokers were significantly under-represented (2.3 per cent).

The most comprehensive epidemiological study appeared a week later. Based on data from 4,103 Covid patients in New York City, a team of researchers found that a history of smoking was associated with a 29 per cent reduction in risk of being hospitalised with Covid-19 and, contrary to the claims of Public Health England, smokers were no more likely to become critically ill with the disease if they were admitted. The authors would have found an even sharper reduction in risk for current smokers if they had split them up from ex-smokers in their analysis, but even the findings as published were striking.

This week, a group of French academics published their study of 343 Covid patients, of whom only 4.4 per cent were daily smokers. According to the authors, the study ‘strongly suggests that daily smokers have a very much lower probability of developing symptomatic or severe SARS-CoV-2 infection as compared to the general population’. This seems to have been the study that prompted Professor Changeux to go public with his research project.

People scoffed when Emmanuel Macron exempted tobacco kiosks from France’s lockdown on the basis that they provide an essential service. Who’s coughing now?

Far be it from me to preempt the conclusions of the professor’s research, but let us consider for a moment the policy implications of nicotine being the only tried and tested prophylactic for Covid-19. We could issue Lucky Strikes on prescription. We could #ClapForOurCigarettes every Thursday evening. The case for closing down Public Health England would be stronger than ever. We could open the pubs, but only to smokers and vapers. We might allow a few non-smokers in to enjoy the possible benefits of passive exposure, but only if they stand two metres apart. There is everything to play for.

The icing on the cake would be if British American Tobacco is first out of the blocks with a vaccine. Everyone who works for the World Health Organisation would have to go unvaccinated on principle and rely instead on herd immunity. Smokers would, of course, be pushed to the front of the queue for vaccination. They paid for it, after all.

Let’s not get ahead of ourselves. But, by God, wouldn’t it be fun?