Fifty years ago today human beings proved we can overcome impossible odds. We can do so again. 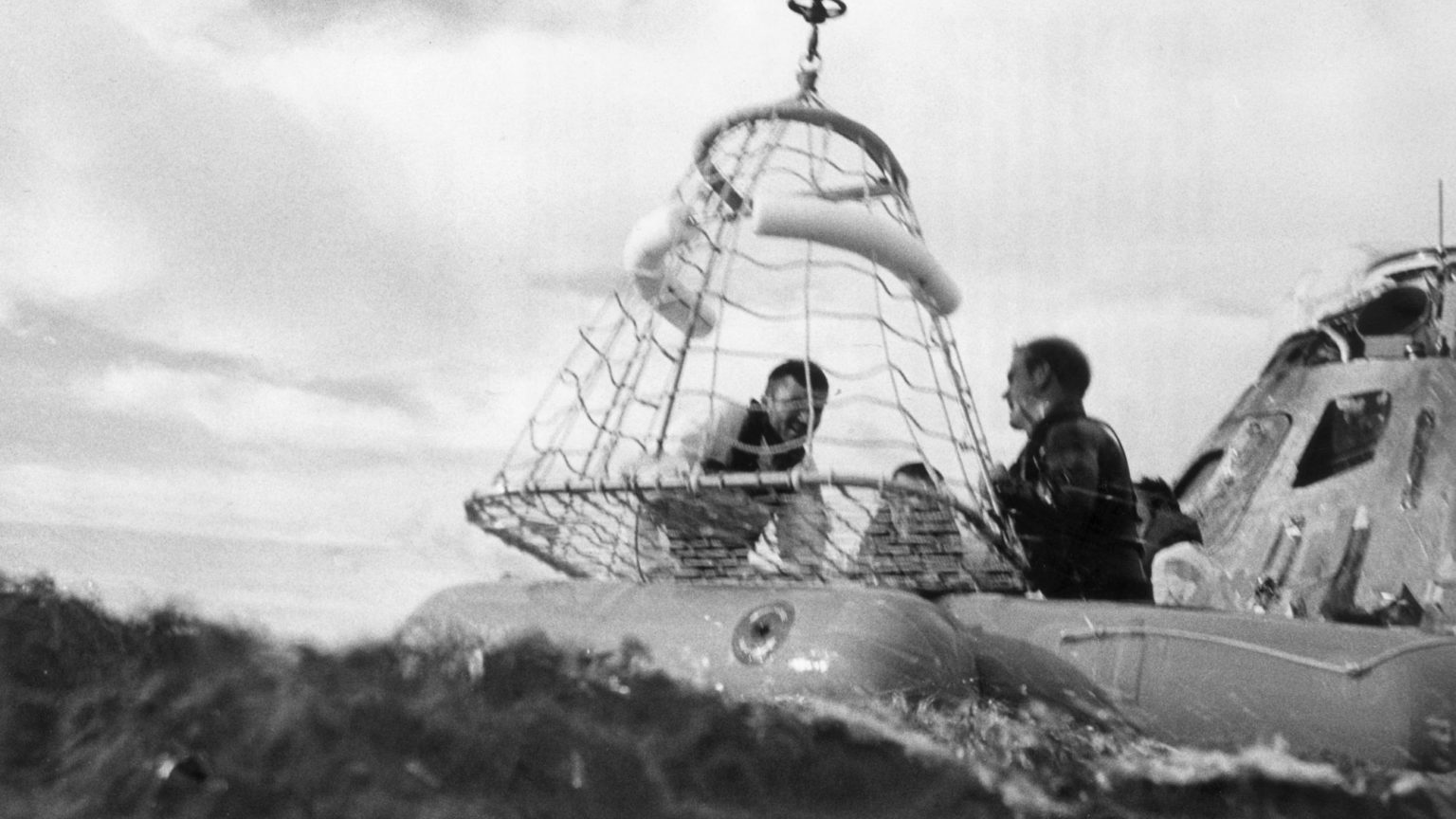 Many cultures have their own narratives of ‘heroic failure’ – an event in their past that was a disaster or embarrassment of some sort that has since been transformed into a story of triumph. The British have Dunkirk, the Irish have Easter 1916, the Australians have Gallipoli. For America, the unifying narrative of ‘heroic failure’ has undoubtedly become that of Apollo 13.

As we commemorate and celebrate the spacecraft that never landed on the Moon, and which almost never came back at all, but which landed safely in the Pacific Ocean 50 years ago today, it’s worth keeping in mind that it hasn’t always been thus. As Andrew Smith wrote in his 2005 book, Moondust, ‘the now-received perception of the Apollo 13 save as “NASA’s finest hour” dates no further back than Ron Howard’s eponymous 1995 film of the mission’. When the movie’s co-scriptwriter, Al Reinert, went looking for Jim Lovell in the late 1980s, he found him running a tugboat company, ‘the forgotten commander of a “failed” mission… it was Reinert who wrote the “finest hour” line’.

If the story of Apollo 13 had fallen into obscurity in 1995, in April 1970 the episode had captured the world’s imagination. It was followed on television networks by the largest worldwide audience ever assembled, with Pope Paul VI praying for the crew’s return – and 100,000 pilgrims at a Hindu festival in India doing likewise. No wonder: it seemed like a real-life human disaster was unfolding right in front of their eyes. No one really expected them to make it.

NASA buffs and fans of the film will be familiar with the events. After a successful launch and acceleration out of Earth’s orbit, and with only 45,000 miles to the Moon to go, the crew of Jim Lovell, Fred Haise and Jack Swigert heard an explosion. Moments later, Swigert noticed oxygen pressure dropping. Shortly after, Lovell saw gas leaking into space. It transpired that an oxygen tank had ruptured their spacecraft’s service module, blowing out the electricity and safe oxygen supply, forcing them to shelter for the next four days in the landing module – freezing, starving, thirsty and sleepless – while they waited for their craft to make the slingshot around the Moon and journey back to Earth.

Even NASA thought their chances of survival were hopeless, telling the astronauts’ wives that their chances of coming back alive were 10 per cent at best. No NASA preflight simulation had prepared the three man crew for this dire predicament. Flight director Gene Kranz remembers watching ‘the Command Module’s life-sustaining resources disappearing, like blood draining from a body… the controllers felt they were toppling into an abyss’.

It was a close call indeed. The landing module wasn’t supplied with enough oxygen for all three to make the entire journey, so they had to make the perilous undertaking of burning its descent engines to hasten their return journey. They came close to carbon-dioxide poisoning, too, a fate only avoided by fabricating an improvised air-filtration system out of cardboard, duct tape, plastic covers from checklist books, storage bags and anything else to hand. Using the land module for re-entry, they could have easily burnt up. Against all odds, they made it home alive.

But you know this already, thanks to Ron Howard’s film. Yet, even if that was a fictionalised version of real events, it was a deserved homage to a heroic failure, and one worth celebrating today. It reminds us that no matter how grim and hopeless circumstances appear, there can be a way out. Human beings are innate, genius problem-solvers.

Today we have a problem. Tomorrow we will have a solution.

In defence of Classic FM

Writing in The Times on Tuesday, the paper’s chief music critic, Richard Morrison, noted the irony that the number of larks in Britain has plummeted over recent decades. ‘Sadly I don’t think Classic FM’s listeners were registering an environmental protest when they voted for the work. What they were doing was reflecting the narrowness of the repertoire served up by Classic FM.’

I’ve changed my tune over Classic FM. There’s nothing wrong with it playing The Lark Ascending every day, for years never ending, if that’s what the audience is partial to. The same goes for Tchaikovsky’s 1812 Overture, Rachmaninoff’s Piano Concerto No.2, Beethoven, Mozart, Sibelius or movie soundtracks by John Williams.

Why give in to the tyranny of the new for its own sake? Complaining that people still like Vaughan Williams is like bellyaching that they still regard The White Album by the Beatles as one of the greatest albums ever; it’s like claiming that admiring the works of Shakespeare is, like, so predictable. Classics are timeless, which is why they tend to come top in these polls year after year.

The familiarity and cosiness of Classic FM is especially welcoming now, a reminder of better times gone past and a hint of better times to return. The theme to The Magnificent Seven literally brought tears of joy to these eyes on Tuesday. Likewise ‘Sunrise’ from ‘Also Sprach Zarathustra’ on Wednesday. There are memories. There is hope.

Learn a language during lockdown

People are spending their hours of domestic isolation doing all sundry of things: cooking, DIY, gardening, drinking loads of alcohol. I’m carrying on where I started 10 years ago: learning foreign languages.

It’s the best hobby I ever took up. In my case – first with Italian – it opened up a whole new world of understanding, perceiving and thinking. I even learned how English grammar works as a byproduct. It’s so rewarding, and it’s a lot easier than most British people fear. If you’re intelligent and interested in words, you’ll love it. And no, age doesn’t matter. It’s a myth that you’re too old to learn a second language. Infants can absorb English without being taught it, this is true, but even by the time they become teenagers they need English lessons.

A world of discovery awaits. My preferred method is initially through teach-yourself books and then through free online courses such as Memrise. Now I even know a little German (he’s over there).