Coronavirus: whatever happened to the right to protest?

The mass arrest of anti-lockdown protesters in Berlin shows we have given up our freedoms far too easily. 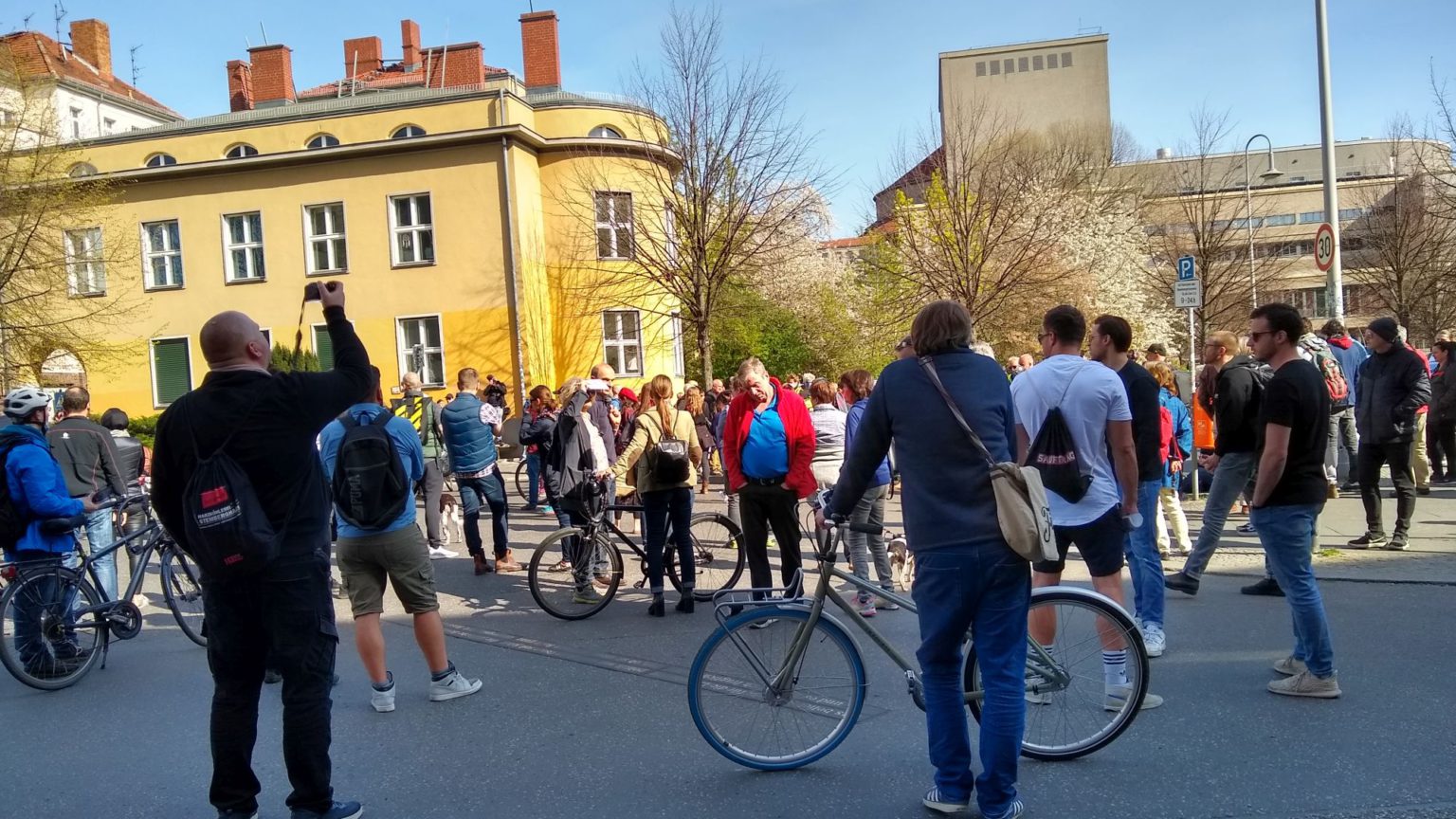 Demonstrations are not uncommon in Berlin, but during the current crisis they deserve special attention. Last Saturday, an organisation called Communication Democratic Resistance (Kommunikationsstelle Demokratischer Widerstand) held its third weekly ‘hygiene demonstration’ on Berlin’s Rosa-Luxemburg-Platz against Germany’s lockdown. Approximately 40 people had gathered the week before under the motto ‘For basic rights and an end to the emergency regime’. Seventeen protesters were arrested and charged with violating the Protection Against Infection Act.

The most recent demonstration attracted around 350 people. Protesters distributed copies of the German constitution and chanted ‘Versammlungsfreiheit‘ (freedom of assembly) – a right guaranteed in article eight of the constitution. Although many demonstrators wore face masks and promised to respect social-distancing guidance by standing 1.5 metres apart, the protest was nevertheless forcefully dispersed by police officers, and 80 people were charged.

The response to the demonstrations is just one of many examples of the state’s draconian treatment of those who flout the new corona laws. While there have been many good and critical reports in the German media about the dire consequences of the lockdown for businesses and the economy (Germany’s GDP is predicted to fall by 4.5 per cent this year), the consequences for civil rights and freedoms have received far too little attention.

Some say this is no time to talk about civil rights. For instance, the left-leaning Berlin city newspaper tipBerlin asked if anyone could call for a demonstration during the corona crisis in good conscience. Others have pointed to the fact that the demonstrators do not speak for the majority. Indeed, surveys show that most Germans accept the temporary restraints on their civil liberties as necessary to save lives.

The government is in no bad position, either. It can (and has) emphasised its successes, such as Germany’s relatively low fatality rates compared with other European countries (at the time of writing, 3,495 people have died). The government has also overseen an impressive and rapid increase in testing (currently more than 50,000 people are tested per day), a huge aid package for businesses (at around €353 billion), and it has supported important scientific research.

Yet, for those of us who still think freedom and civil liberties matter, the current law-and-order situation is concerning. Too many fundamental liberal principles have been thrown overboard far too quickly and too lightly. One of these is the principle that every restriction of our constitutional rights – such as the right to gather and protest – must be well justified.

Of course, the justification in the case of the hygiene demonstration was the apparent danger of contagion. But does that really hold up to scrutiny? What threat did the protestors, most of whom kept a distance, pose to anyone else? Is the act of demonstrating in an open space more dangerous than shopping in a supermarket, which is still permitted?

Critics of the protesters say that some of them are promoting conspiracy theories. The organisers are said to be members of an obscure socialist fringe group, which downplays the dangers of the virus while exaggerating the powers of the state. (For instance, it speaks of the government’s new powers as part of a neo-fascistic Enabling Act.) But these criticisms miss the point. Civil rights should not only be reserved for people we like or agree with.

The fact is that police powers have far exceeded anything anyone would have imagined only weeks ago. Anyone can be accused of violating the lockdown laws. Night after night and day after day, hundreds of officers, often in full riot gear, have been on the move in search of people flouting the laws. Even helicopters have been deployed. The news reports breathlessly of ‘police unable to cope’ amid ‘countless breaches of lockdown laws’. On Easter Sunday, the Munich police reportedly performed 9,000 checks, finding 317 violations. Violations have included owners of bakeries and takeaways allowing customers to eat inside, families having picnics in public parks, and people walking in groups of more than two.

‘The nervous state’, says Lutz Friedrich, jurist at the University of Münster, has ‘arbitrarily stripped off its duties of justification and shifted them to the citizen’. That is, the state no longer explains to the individual why he or she is not allowed to do what was once considered normal. Instead, it forces the individual to explain why he or she is not staying at home. Even activities which cannot possibly pose a risk to anyone – like walking on empty paths in the countryside or hiking in the mountains – can fall foul of the law.

The recent rhetoric of politicians has also been alarming. ‘We will observe the behaviour of the people this weekend’, said Helge Braun, head of Angela Merkel’s chancellery, just hours before the government introduced strict social-isolation laws in March. In other words, only if the citizens behave will the government be gracious and refrain from imposing further restrictions.

We can assume, says Lutz Friedrich, that these words were carefully chosen. They have since been repeated many times. ‘We will see if you comply’, politicians keep saying, and they are seconded by police officers who appeal to people to ‘behave’ or even to ‘be good’. One police spokesperson used the German term brav, which is traditionally only used for children. The authorities speak the language of school prefects. The notion of the self-determined citizen, who is trusted to recognise dangers and to behave accordingly, has given way to a view of citizens as children who need to be guided and coerced.

It is time to remind our elected politicians that our basic constitutional rights should be guaranteed by the government, not granted to us in such a patronising way on the condition that we behave. Even a viral pandemic should not be enough to make us forget that important principle.