The rise and rise of Covid conspiracy theories

The elite’s denigration of public discourse paved the way for the 5G madness. 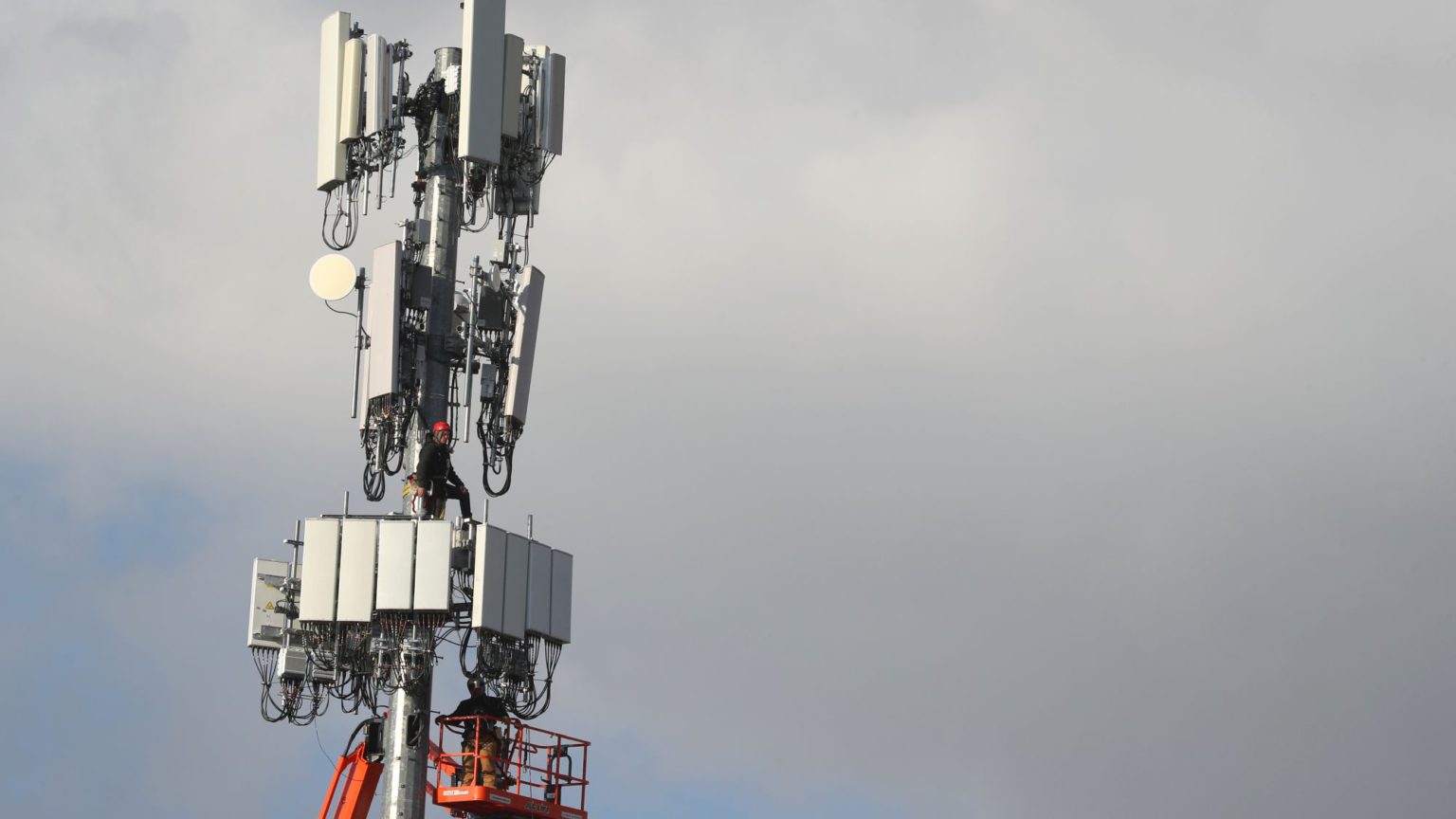 Did you know that if you look really carefully at the UK £20 note, you will see a 5G tower giving off emissions next to the coronavirus symbol? Well, that’s according to one of the many conspiracy theories that are flooding social media right now.

Most of us have encountered a Covid conspiracy theory by now. They are circulating around the globe. Every day we hear about government cover-ups and about secret government plans to use this deadly virus to achieve some economic or geopolitical objective.

Some claim Covid-19 was created in a Chinese bioweapons facility. Others insist it was artificially manufactured by the American military or by Israel. Or perhaps the virus is part of a treacherous mass-vaccination campaign orchestrated by Bill Gates. Some in the Iranian regime have claimed the virus was ‘specifically built for Iran’, by someone or other, ‘using the genetic data of Iranians’.

One of the most popular covid conspiracy theories concerns 5G technology. Scaremongering about the supposedly dangerous impact of 5G phone technology has led to a mushrooming of Facebook and WhatsApp groups committed to fighting against 5G. There have been arson attacks on 5G masts; telecom engineers have been confronted and shouted at. Anti-vaccination campaigners, whose conspiratorial fantasies predate the coronavirus pandemic, have also been promoting rumours about 5G technology.

Major disasters such as a pandemic always lead to an eruption of conspiratorial thinking and rumours. After Hurricane Wilma, which knocked out the power of millions of people in Florida in 2005, rumours started to spread about powerful people in the region getting their power switched on before everyone else.

These rumours were positively benign compared to the ones unleashed by Hurricane Katrina in 2005. The claim that officials deliberately flooded black neighborhoods in New Orleans is still believed by a significant section of the American population today. When film director Spike Lee announced he was making a film about the flooding of New Orleans, he said he wouldn’t be surprised if conspiracy theories about government involvement in the flooding turned out to be true.

There were numerous conspiracy theories during the outbreak of the Ebola virus in 2014, too. Some claimed the virus was created as a bioweapon, designed by the US military to depopulate the world. Others said the New World Order conspiracy of evil elites were planning to use the chaos created by Ebola to impose martial law.

The outbreak of the Zika virus in 2015-16 was also talked about as a biological weapon rather than as a natural occurrence. As late as last year, a YouGov poll found that 16 per cent of Spanish respondents believed HIV was artificially created and spread around the globe by a secret organisation.

What distinguishes the Covid conspiracy theories from those that emerged during previous disasters is the sheer scale and number. Another distinguishing feature is that many of the rumours are being promoted by governments themselves, and are being used as propaganda tools in geopolitical conflicts. To take one example, it appears that Chinese media outlets have been complicit in circulating the rumour that patient zero was an American soldier and that he was responsible for spreading the virus in Wuhan. Conspiracist rumours blaming the US for exporting Covid-19 to Asia play an important role in current global tensions.

Historically, conspiracy theories were mostly influential on the margins of society. However, since the turn of the 21st century, conspiratorial thinking has been going mainstream.

To this day, a significant minority of people believe that the US or Israeli government was involved in the terrorist attack on New York and Washington, DC on 11 September 2001. A survey carried out in 2016 suggested that a majority of Americans – 54.3 per cent – agreed that their government was concealing what it knew about the 9/11 attacks.

Forty-six per cent of German respondents and 45 per cent of British respondents to a YouGov survey last year agreed that Donald’s Trump election team knowingly worked with Russian agents to get their man elected as president. A recent Pew study found that almost 30 per cent of American respondents believe Covid-19 was created by humans in a laboratory. Young adults between the ages of 18 and 29 are particularly prone to this belief: 35 per cent of them, to be precise.

Belief in conspiracy theories is no longer confined to marginal groups and individuals. This week, the European editor of The Economist, Chris Lockwood, posted a comment on Twitter calling into question the veracity of Boris Johnson’s illness. In relation to Johnson’s address to the nation after leaving hospital, Lockwood said: ‘This is not someone who was at death’s door a few days ago. Something incredibly fishy about the whole business.’

The implication is clear: that Johnson’s illness was a propaganda distraction from the real problems facing the nation. Things are not as they seem. The idea that ‘something fishy’ is going on usually coexists with a conviction that we are all being manipulated. This kind of belief now transcends the political divide.

In fact, we live in an age of competitive conspiracy-mongering. Educated people look down on the silly conspiracy theories of those who think the £20 note reveals that 5G is exacerbating coronavirus, and yet they are convinced that Trump got elected because of Russian interference. Some of them also believe the Cambridge Analytica conspiracy theory: the idea that if it wasn’t for tech overlords and foreign interference, Brexit would not have won the referendum in 2016.

Since Hillary Clinton accused opponents of her husband of being part of a ‘vast right-wing conspiracy’ in 1998, scaremongering about conspiracies has become a central feature of political life in the US. Twenty years later, the then Supreme Court nominee Brett Kavanaugh denounced the sexual misconduct charges against him as a ‘left-wing conspiracy’ orchestrated by the Clintons. The normalisation of conspiracy rhetoric is symptomatic of a political culture that obsesses over what cannot be seen – in this case vast networks of malevolent people – rather than what is unfolding before our eyes.

With so much energy devoted to promoting rumours in recent years – whether about the intervention of foreign powers into our political affairs or the use of bots and fake news to control our minds – it is not surprising that so many people have lost trust in the official version of events in relation to Covid-19 and are questioning government narratives.

The quest for meaning

What is most significant about the conspiratorial thinking on Covid-19 is not the large numbers of rumours doing the rounds, but rather their ability to influence the attitudes and behaviour of relatively significant numbers of people. The rise of these theories suggests there is a lack of trust in officialdom, and a demand for alternative explanations for the spread of the pandemic.

Dramatic destructive events – especially when they have high casualty rates, like 9/11 or Covid-19 – tend to disorientate the public and create a demand for explanations. This demand is often confused with a demand for information. But in truth, people don’t simply want to know what happened – they also want to know why it happened. They also want to grasp what lies behind the unwelcome catastrophe. Right now, people want to understand what Covid means for them. For most people, meaning is more important than facts.

Throughout history, disasters like plagues and earthquakes tended to be attributed to supernatural forces. Such dramatic events were characterised as acts of God. Religious leaders often claimed that the death and misery they inflicted were punishment for our sins. Now and again, such claims are still made by fundamentalist religious leaders. They have claimed that events like the Great Tsunami of 2004 or Hurricane Katrina were divine retribution for immoral behaviour.

More and more, however, religious explanations have given way to a more scientific understanding of the world. Since the 18th century, what were previously understood as acts of God have been redefined as acts of nature. The development of science as the new source of knowledge changed people’s perception of disasters. But a further change has occurred in recent years: what were once seen as acts of nature are increasingly seen as acts of man. The narrative of ‘manmade disasters’ now exercises a powerful influence in our societies.

Government officials and big businesses are now blamed for disasters. Terms like ‘human impact’ are frequently used to explain epidemics and floods. ‘Manmade climate change’ highlights human culpability for events that would have previously been described as natural disasters. Humans are increasingly talked about in the language of toxicity, as walking polluters. This theme of human culpability has seamlessly converged with conspiracy theories. In this way, the narrative of human responsibility comes to be transformed into a story about the intentional infliction of harm. So today, a disaster is not simply an act of man – it is an act of human malevolence.

The normalisation of conspiracy-theory thinking is one of the most disturbing developments in 21st-century public life. It often feels as if Western societies have regressed and adopted a medieval perspective towards acts of calamity. Back in the Dark Ages, people regarded accidents, disasters and other acts of misfortune as the work of hidden forces. Accidents did not happen – they were intentionally caused by either divine or malevolent forces. Or tragedies were seen as the work of individuals who had been manipulated by evil forces. This primitive outlook has returned, informing the way that many people make sense of high-profile catastrophic events today.

Historically, conspiracy theories were a kind of resource through which powerless and uneducated people tried to gain some understanding of the forces that seemed to control their lives. Conspiracy theories offered an explanation for otherwise inexplicable developments. They also provided confused and desperate people with a story that promised them a semblance of control over events.

In the current era, conspiracy theories are no longer confined to the powerless and uneducated. Now, the educated sections of society, including the elites, have developed a disposition to conspiratorial thinking. This has been brought about by the rapid disintegration of the old assumptions, conventions and practices that were rooted in the Enlightenment and which served as an explanatory framework for interpreting events and dealing with uncertainty. A loss of confidence about how to deal with uncertainty means the narrative of ‘hidden agencies’ and ‘dark forces’ has firmly entered mainstream elite culture itself. Sadly, this impoverishment of intellectual discourse and denigration of public life is likely to be a major obstacle to discussing rationally and overcoming the threat posed by Covid-19.

Frank Furedi’s Why Borders Matter: Why Humanity Must Relearn The Art of Drawing Boundaries will be published by Routledge in June.