Neurodiversity is failing the most vulnerable

Treating autism as an identity has resulted in care being denied to those who need it most. 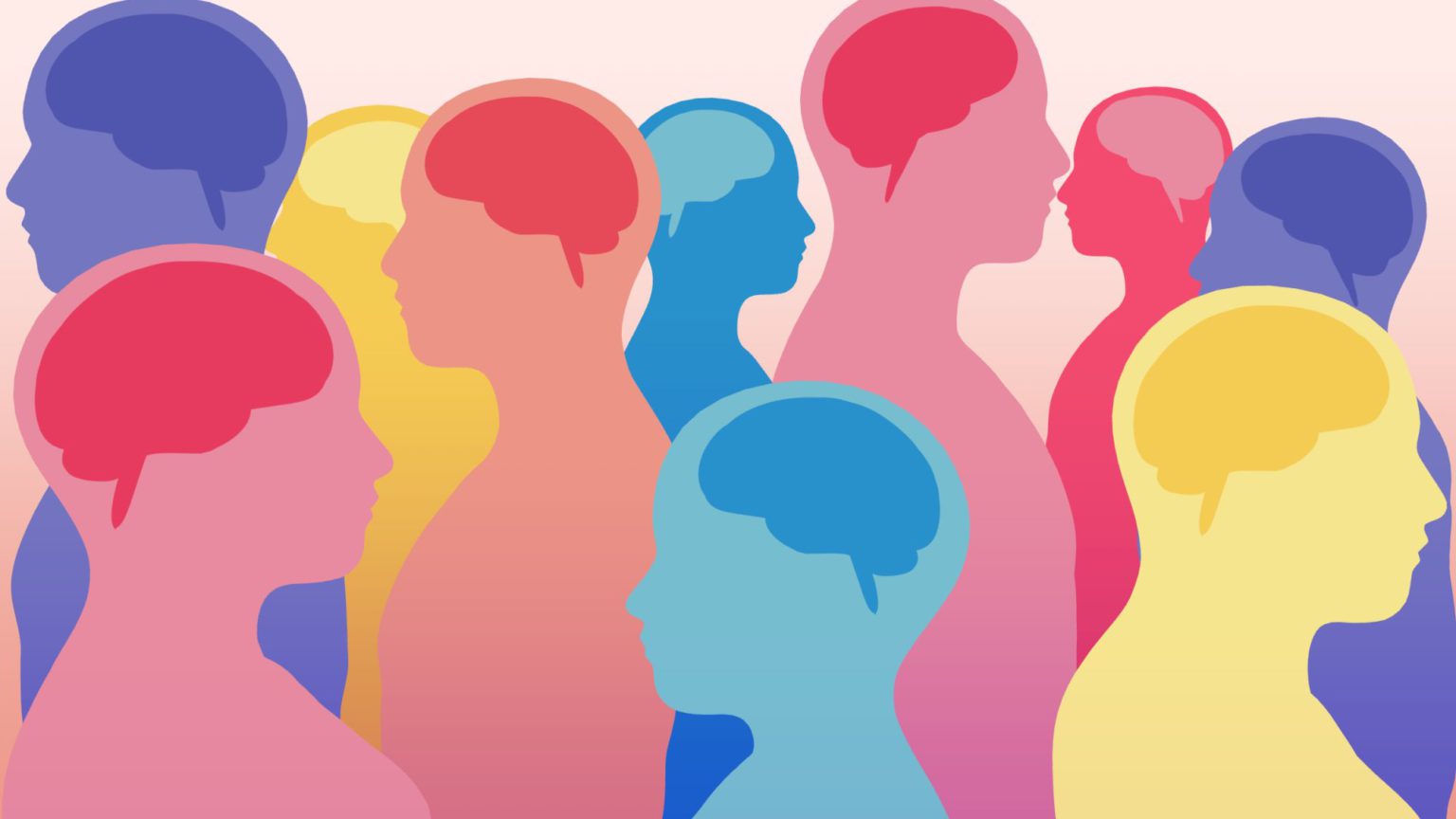 Autism is among the most controversial subjects of our time. During my 10 years or so as an autistic self-advocate, I have witnessed a litany of pet theories, ideologies and movements jostle for supremacy in a field that seems increasingly fraught with division. In the absence of a scientific consensus on this complex and multifaceted condition, with which over 1,000 candidate genes and 100 de novo mutations are associated, it is highly unlikely that everyone will ever agree on how autism is to be defined, what its root causes are, or how we ought to proceed in improving the lives of those affected.

In an article I wrote for the Guardian last August, I argued that autism as a diagnostic label has become so broad as to be medically meaningless. I highlighted the absurdity of lumping highly intelligent ‘Aspies’ (a slang term for people with Asperger’s syndrome), such as Greta Thunberg (who famously declared her autism a ‘superpower’), in the same category as children and adults who regularly injure and soil themselves and require round-the-clock care. This echoed the warnings of Laurent Mottron, an autism expert at the University of Montreal. He says that autism is now so over-diagnosed that in 10 years time the category of autism will become meaningless. He predicts that there will be no difference between someone diagnosed with the condition and a non-autistic person.

My Guardian piece, though well received by the majority of readers, sparked a backlash from proponents of a small but influential movement known as neurodiversity. Neurodiversity was once a relatively fringe tendency. But in recent years it has become the dominant paradigm in autism discourse owing to its popularity among academics and journalists. Steve Silberman’s book, NeuroTribes, which received many laudatory reviews for putting a positive spin on a deeply stigmatised condition, helped to bring the neurodiversity paradigm into popular consciousness.

With its emphasis on social justice and autistic-led advocacy, the neurodiversity movement appears noble in its intentions. On the surface, at least, it is hard to object to its impulses for inclusion, social justice, better workplace accommodations and service provision. It emphasises the positives of the condition in contrast to a medical model which views autistic people only as checklists of deficits and dysfunctions. However, as I soon discovered, the mask of compassion quickly slips away the moment anyone deviates from the party line.

Perhaps one of the most troubling developments in the autism-advocacy sphere over the past several years (aside from the proliferation of vaccine conspiracies and the peddling of harmful quack remedies like bleach enemas) has been a growing intolerance towards perspectives that challenge the basic assumptions of neurodiversity. Neurodiversity advocates have waged online hate campaigns targeting parents and autistics who question the notion that autism is merely a bright thread in humanity’s rich neurological tapestry.

I received my baptism of fire four years ago when, despite having garnered popularity in the advocacy community, I committed the thoughtcrime of suggesting that struggling parents of profoundly affected autistic individuals are deserving of greater support from self-advocates. In the minds of neurodiversity advocates, I was being traitorous to my ‘neurotribe’ by sympathising with a group of people often considered oppressors and deniers of autistic identity by the more radical elements within the community.

Accusations of being an ‘autistic Uncle Tom’, ‘self-hating’ and even ‘aut-right’ were thrown my way in a social-media firestorm which lasted for several days. Not long after, and with a slightly devil-may-care attitude, I fully renounced any claim to being ‘neurodiverse’, along with the much-vaunted status it confers within the online self-advocacy community. I suggested in a Facebook community called Neurodiverse UK that we ought to consider discussing the possibility of a cure for the most life-limiting variants of autism. The group’s code of conduct stipulates that anyone engaging in ‘pro-cure talk’ would be banned with immediate effect. And the group was true to its word. I was relentlessly castigated, doxxed and, on one occasion, physically threatened for my suggestion.

It was during this difficult time that I came to learn of Jonathan Mitchell, a veteran autistic blogger from Los Angeles. Over the years, Mitchell has been subjected to vast amounts of abuse for wanting a cure for a condition which he describes as a ‘disease’. He has led a one-man crusade against neurodiversity, relentlessly arguing for a cure and rejecting neurodiversity’s key tenet – that it is ‘neurotypical’ society and oppressive parents, as opposed to autism itself, which are largely to blame for autistic suffering. His blog, entitled ‘Autism Gadfly’, has been a consistent thorn in the side of a movement which routinely seeks to silence dissenting voices through intimidation.

In 2015, when Newsweek reached out to Mitchell for a feature article, neurodiversity proponent and blogger Philip Gluyas implored the magazine to withdraw the article, describing Mitchell as a ‘hater’ and ‘a threat to the stability of the autistic community’. Despite a chorus of execration from neurodiversity proponents, Newsweek published the feature. It came out roughly around the same time I had officially ‘apostatised’ as well. I made contact with Mitchell and we spoke at length about our common experiences of abuse and about life on the spectrum. We both agreed that the main fissure in our community lay between those who viewed their autism as a disorder and those who celebrated their autism as an identity.

The sacralisation of autism as an identity has led to many neurodiversity-supporting self-advocates viewing treatments – the sort of which might alleviate substantial suffering for those on the lower spectrum – as tantamount to bigotry, hate and even eugenics. Steve Silberman describes autism as a ‘valuable part of humanity’s genetic legacy’. Meanwhile, Nick Walker, a particularly strident advocate of neurodiversity, runs a blog called ‘Neurocosmopolitanism’. He argues that:

‘Individuals and organisations that speak of autism as a “disease” or “tragedy,” and that talk of “curing” it, should be prosecuted for hate speech and incitement to violence, just as if they were advocating a Final Solution to the Jewish Problem.’

In Walker’s view, autistics such as Mitchell who voice their desire for a cure, as well as parents who have the temerity to express sadness over their child’s disability, ought to be criminalised.

As Walker sees it, no compromises can be made: neurodiversity is a militant struggle for autistic liberation analogous to the civil-rights movement of the 1960s. Curing autism, in his mind, is as unconscionable as trying to cure homosexuality, which, until 1973, was considered by mainstream psychiatry to be a mental disorder. Many would find his comparison between sexual preferences and a cognitive disability invidious. But in neurodiversity circles, this is nothing out of the ordinary. John Marble, an Obama White House appointee and a prominent exponent of neurodiversity, tweeted that: ‘THERE IS NO SUCH THING AS SEVERE AUTISM, just as there is no such thing as “severe homosexuality” or “severe blackness”.’

The with-us-or-against-us certainty of the neurodiversity movement not only acts as an angry mob online, but also, more alarmingly, it is having real-life consequences for the most marginalised people on the spectrum, many of whom, due to the nature of their disability, cannot protest.

Bruce Hall, a photographer and father of two severely autistic boys, laments the overreach of the Autistic Self-Advocacy Network (ASAN), a neurodiversity organisation which cheers the closure of care facilities in the US which it deems ‘too institutional’. ASAN’s de-institutionalisation push has resulted in cuts to service provision for those who need it the most. Hall’s son was placed in a crisis group home in Costa Mesa, California. He had access to open spaces, a play area and a petting zoo. This offered respite to the family and tranquillity to their son. But this was taken away from them. The closure of centres like these are viewed as victories in the fight for ‘autistic liberation’ by the advocates of neurodiversity – the bulk of whom tend to be cognitively gifted Aspies and are often as ignorant as the lay public about the stark realities of caring for someone with severe autism.

Challenging neurodiversity’s power grab of the autism space has led to an exacerbation of my already debilitating anxiety – a common comorbidity of autism. Several autistic defectors from the neurodiversity movement have messaged me privately in support but have admitted they are too scared to express their views publicly. This is understandable. Had I been aware of the unforgiving climate I was entering into, I would have likely avoided the topic altogether, deleted my Twitter account and chosen instead to focus on what I love most: trains. Nevertheless, I feel compelled to keep speaking out.

Correction: An earlier version of this article said that Bruce Hall’s son was placed in the Fairview Development Centre. His son lived in a crisis group home next to the Fairview property, but had access to Fairview’s grounds.

Picture by: Luna Rose, published under a creative commons licence.