Middle-class busybodies and jobsworth cops are ruining this country. 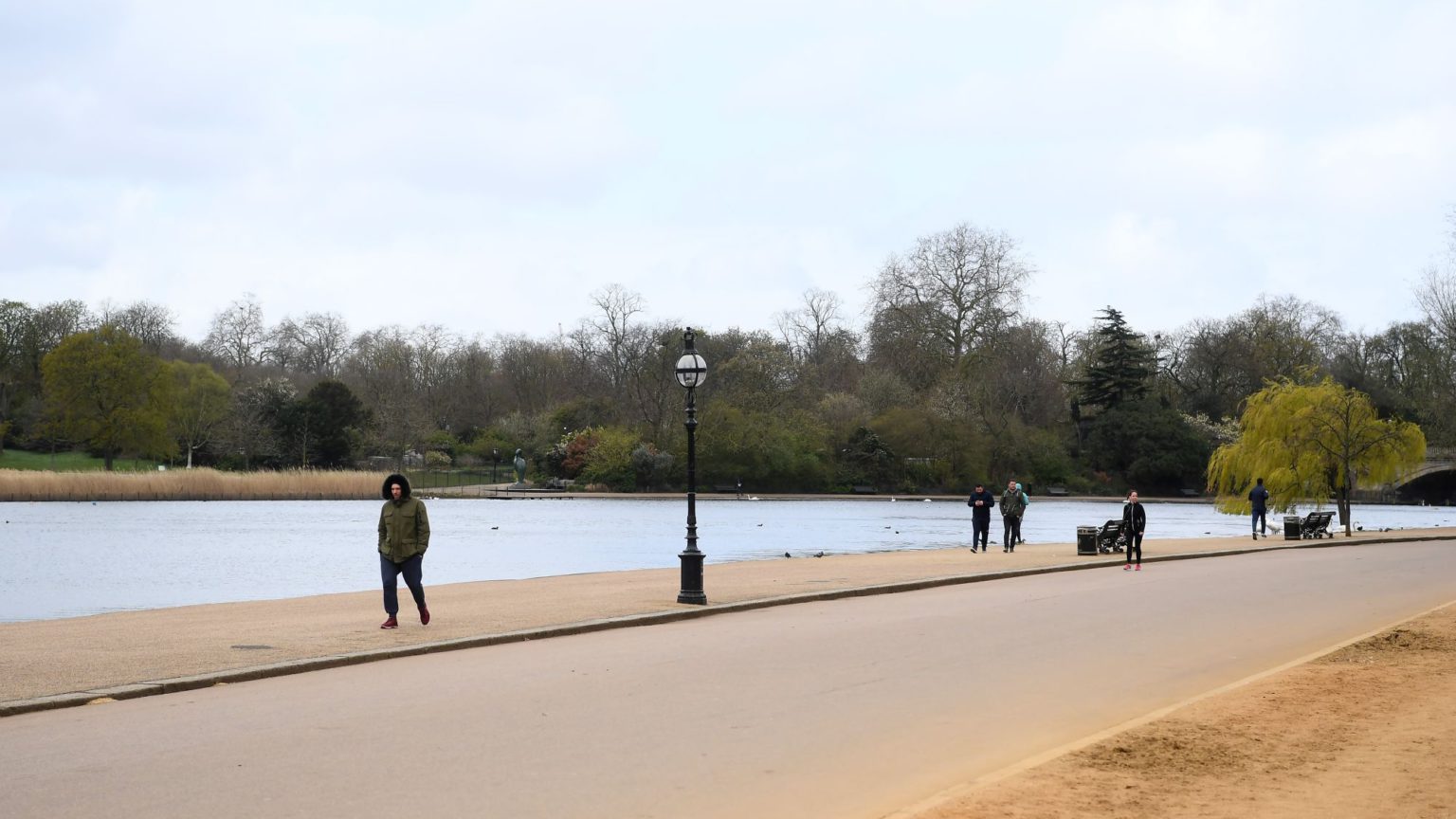 ‘Can I ask what exercise you’re doing, sir, apart from exercising your thumbs?’ The copper is wearing a perfect sneer. I get the impression he has been waiting his entire jobsworth’s life to be able to reprimand someone for sitting on a park bench and writing a text message. ‘I’ve been cycling and walking and now I’m resting for a couple of minutes’, I say, horrified by my own words; horrified that I am having to explain perfectly lawful, perfectly safe behaviour to an agent of the state as if I were in the Soviet Union rather than sitting by the Serpentine in the heart of London. ‘Well, move on’, he says, balefully and gleefully, like a character from a Kafka novel.

Like all Londoners, I love Hyde Park. It isn’t even really a park, as many writers over the decades have observed: it’s a chunk of countryside plonked in the middle of a mettlesome city, never changing, however much its surroundings might. It is wide and rambling and free. But today I hated it. It is swarming with police. They’re whizzing round on bicycles, seeking out couples sitting under trees to tell off. They’re marching around the perimeter barking ‘TWO METRES’ at people who are far more than two metres apart. They’re driving around in vans, polluting this wonderful space with their exhaust fumes and their diktats shouted from the vans’ windows. One van cop driving past the Serpentine yells ‘No sitting down’ at a man sitting down. I take a photo of the scene and quick as a flash the van stops in front of me. ‘I thought I’d stop and say hello while you’re YouTubing us simply for reminding people of the government guidelines’, the policeman in the front seat says. Oh fuck off.

Here’s the thing: Hyde Park on this gloriously sunny day is proof that the people of this city are taking the lockdown seriously. It has staggeringly fewer people than it normally would on a warm Sunday. And those who are here are observing the social-distancing guidelines impeccably. They’re stepping aside as they pass each other on pathways and giving each other a nod or a smile. Cyclists are staying far apart. It’s one person per bench, until my miserabilist copper moves them on, that is. Don’t believe the middle-class busybodies, tinpot authoritarians and Piers bloody Morgan (what a disappointment he turned out to be) of the Covid-Stasi who say people are flouting the guidelines left, right and centre. It isn’t true. That is naked prejudice born of a couple of photos taken by tragic snitches showing people walking past each other in parks. Call the cops!

And yet despite the people in Hyde Park behaving responsibly and decently, the police will not leave them alone. After taking the piss out of me for exercising my thumbs – cop humour, eh? – that policeman tells a young family to keep moving. The very young kids might be tired, but tough: get the hell out of here, diseased plebs. A cop on a bike tells a man sitting under a tree, on his own and with not another soul in sight, to stop being selfish and go home. ‘It’s time to think of others, isn’t it?’, he says. That’s when I flip. I ask him what law he is using to send the man home. ‘The guidelines’, he says. ‘Everyone is supposed to be at home this weekend.’ I point out that there is no law forbidding people from going out this weekend. We can still exercise, we can still shop, we can still buy food in order to, you know, stay alive. And, I kid you not, he told me that the law is a poor law and he is taking it upon himself to remind people that staying home is the right option. This is outrageous. I tell him that people like him are merely meant to enforce the law drafted by elected politicians, not make up their own laws. He cycles off, laughing.

How did we become this country so quickly? How did Hyde Park so swiftly go from being an open, free space to a place virtually occupied by police who are reprimanding people for doing nothing wrong? Indeed, the only people I saw breaking the social-distancing guidelines in Hyde Park today were police officers. Including the one who got up in my face and told me off for texting. Back off, copper – I don’t know what you’ve got. That’s the thing: the speed with which this has all happened, the ease with which police took to their new role of reprimanding perfectly legal and safe behaviour, the glee with which moralistic hacks and curtain-twitching tweeters embraced their role as grasses naming and shaming people for sitting in a park, confirms that this rotten culture was already here. Covid-19 may be a new arrival, but this elitist, evangelical authoritarianism has been brewing for decades, and the virus is merely the catalyst for its rancid explosion into every corner of public life.

I leave the park. I can’t bear to stay in it a moment longer. Outside Marble Arch station two men are violently fighting, over a bicycle it seems. There isn’t a policeman in sight.