Millennia of human ingenuity make victory against this disease inevitable. 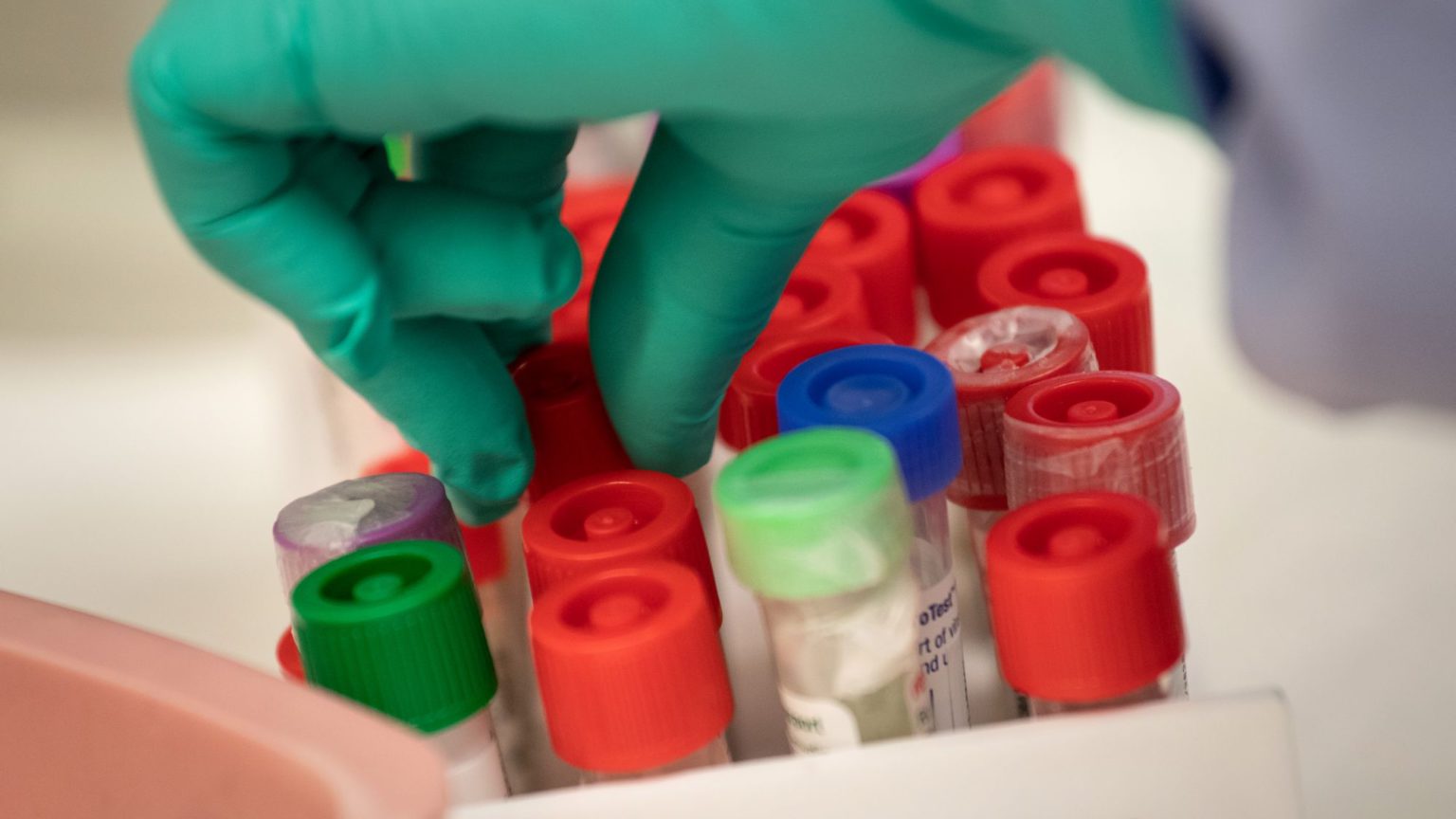 In the face of a grave epidemic, the best of humanity is coming to the fore. This can be seen in the hundreds of thousands of NHS volunteers who have stepped forward in this hour of need. But it is also to be seen in the communications and computational creations we have at our disposal. We may be self-isolating and social distancing, but we are more connected than ever, through technologies previous generations could never have imagined.

It is easy to take the technological marvels we have at our fingertips for granted. The ability to video conference at the click of a trackpad or mouse, with friends and families or work colleagues across the world, is an extraordinary phenomenon. We are a click away from almost anyone anywhere in the world. We can access almost all of mankind’s film and music repertoire; we have immediate and unprecedented access to educational resources, books, research papers, newspapers and journals. Humanity’s libraries, the accumulated knowledge of previous and present generations, are literally at our fingertips.

And these technologies are also enabling the unprecedented global research effort to understand Covid-19 and develop a vaccine. This effort has been accelerated by a vast amount of open data being made available online, particularly gene-sequencing data from a team led by Fudan University. Global data banks have been established. Vital research papers – normally behind paywalls – are being opened to the public and the scientific community for free. The result is that in little more than three months since the virus was first identified, there are already a number of vaccine candidates in development. This is truly uplifting.

We need to remind ourselves – and especially those who think humanity is the source of the planet’s problems – that these outcomes and capacities are the result of mankind’s ingenuity.

Even for those of us who don’t look at humanity with contempt, it is easy to lose sight of mankind’s greatness. We are all born into a world of manmade technological wonders but which we experience as natural as nature itself. Alan Kay, the famous computer scientist, once quipped that ‘technology is anything that was invented after you were born, everything else is just stuff’. The modern world with all its ‘stuff’ – its complex technological wizardry – is viewed as inevitable; indeed, as natural as the trees or oceans. And just as nature spontaneously reproduces itself, so the reproduction of modern society hides its ingenious human progeny. What’s more, mankind’s knowledge and capacities are not a limited, finite resource. On the contrary, the more we use them, and the more problems we solve, then the more we expand, not deplete, this resource.

From the moment we climbed down from the trees, stood upright and took our first uncertain and probably terrifying steps, mankind had to develop communication capabilities to foster our sociality. Communication ensured our survival as a species.

We were once a part of nature, part of a brutal gladiatorial forum in which everyone and everything was invited to lunch – and on the menu. But our survival meant overcoming nature, especially the limits natural evolution had imposed upon us as a species. We were outrun and outpowered by predators. We could not fly from danger. We could not swim underwater to evade threats. Our eyesight was limited, as was our hearing, and we lacked any ability to communicate over long distances. We faced floods, fires, earthquakes, volcanic catastrophes and, of course, deadly viruses, bacteria and plagues that threatened our very existence. Our early forefathers were forced to enter into a struggle for survival that is difficult for us to comprehend or imagine today.

The key technology mankind initially developed was language. The origins of language lie in mankind’s initial practical engagement with nature. Through gestures and hand movement, our forefathers were able to communicate non-verbally about the world around them. This also helped them to form the social bonds which became critical to survival. Although the hand gestures and signals in themselves must have been limited, their significance lies in the intentions and desires they communicated. Above all, non-verbal communications invoked commands, expressions of human agency and the desire to consciously act with others. When early man sat around the fire in caves and drew pictures of buffaloes on the walls, this communicated his knowledge and awareness of this beast as something that existed outside of himself. Perhaps it also displayed his hunting prowess. But when outside and confronted by a buffalo, this was not a time to reflect upon how strong and magnificent this beast was, but rather a moment to communicate the need for action – to take cover or run.

The emerging sphere of communications – the mobilising of other human beings – initially accomplished through the hand, is the first realm within which human beings began to give deliberate shape to intentional thought. The design of human language that followed set mankind apart from other animals. Because our mouths are not just busy grazing, catching dinner or weaving nests, we can breathe and reliably shape words. Out of the 25 or 30 sounds we shape with our breath as we form words, we developed the astonishing ability to shape events in a fellow human’s brains with exquisite precision. Precise and new combinations of ideas could arise in our and each other’s minds. These could then be accepted or rejected, acted on, built on or stored for later use.

Even when we are not speaking out loud, we speak to ourselves in the silent speech of thought. We can choose to externalise these thoughts or not. When we do, they help to shape other people’s ideas and experiences. Abstraction formed from human breath mobilises social actions.

Because this ability to communicate comes so naturally, we often forget what a miracle achievement this actually is. This is what creates and reinforces an information-sharing network, a community with formidable collective powers. Language expresses that man is not simply a biologically determined being, but a social one with the capacity to communicate experiences and knowledge as part of a conscious interaction with nature.

This is a significant point to dwell upon. The communications that enabled man to emerge as nature’s knowing animal is what truly distinguishes mankind from nature itself. Indeed, it is through this that nature itself is made comprehensible. Nature has no self-awareness or conscience. The idea that Covid-19 is somehow a message from nature, a warning that man should curb his enthusiasms, is an anti-humanist inversion of reality. Mankind occupies a truly special place in the natural world – as the natural being that not only makes it possible to know nature exists, but also as the only conscious force of change in a world of self-replication.

As horrible as it may sound, the current concentration on preventing death form Covid-19 is also part of this story. Death destroys human consciousness. While the brain underpins all human comprehension and thus every area of problem-solving, it too has natural or biological limits. It deteriorates as we age, and it has limited memory capacity. When the brain dies, so do we as well as our experiences and accumulated knowledge.

Just as we were forced to learn to communicate, mankind was also forced to overcome the limits of his communication by using his imagination and practical skills to invent something more permanent. Speech only exists temporarily. Like our brains, once expressed it is lost. The solution was the invention of writing, alphabetisation and eventually – the seminal invention of them all – the printing press. (Many years later we also developed the ability to transcend time and space for voice too, in the recording technologies we developed in the 20th century).

The printing press, and the books it subsequently gave rise to, truly overcame our limited memories and had remarkable consequences for human history and our place in the universe. It enabled us effectively to transcend death, space and distance by preserving thoughts, insights, knowledge and experience on a scale that far surpassed earlier attempts to capture thought in print and writing. The printing press scaled human knowledge across generations and space. It provided a platform for the assimilation and advancement of knowledge. It universalised problem-solving and seeded so many of the serendipitous, accidental and unexpected crossovers between different fields of endeavour that allowed unprecedented breakthroughs to happen. Books stored in the world’s libraries were how mankind crowdsourced problem-solving over centuries.

Today’s internet scales human knowledge exponentially again. Modern communications have transformed space and time like never before. In the past, our problem-solving was bifurcated by place, generations and the limited ability to gain access to books and past wisdom. Now we can problem-solve in real time and on a scale never seen before. The current collective endeavour to find a vaccine for Covid-19, means we are mobilising a supercomputer of connected specialised human brainpower on an unprecedented global scale.

This is a cause for celebration, not angst. Covid-19 doesn’t stand a chance. What nature is about to learn is the truth of human history. People are the planet’s problem-solvers, not its biggest problem. What we faced when we emerged from nature and what we subsequently accomplished suggest that victory against Covid-19 should be a walk in the park.