Covid-19: do Germans trust the government to get through this?

Five Germans tell spiked how the lockdown is affecting their lives. 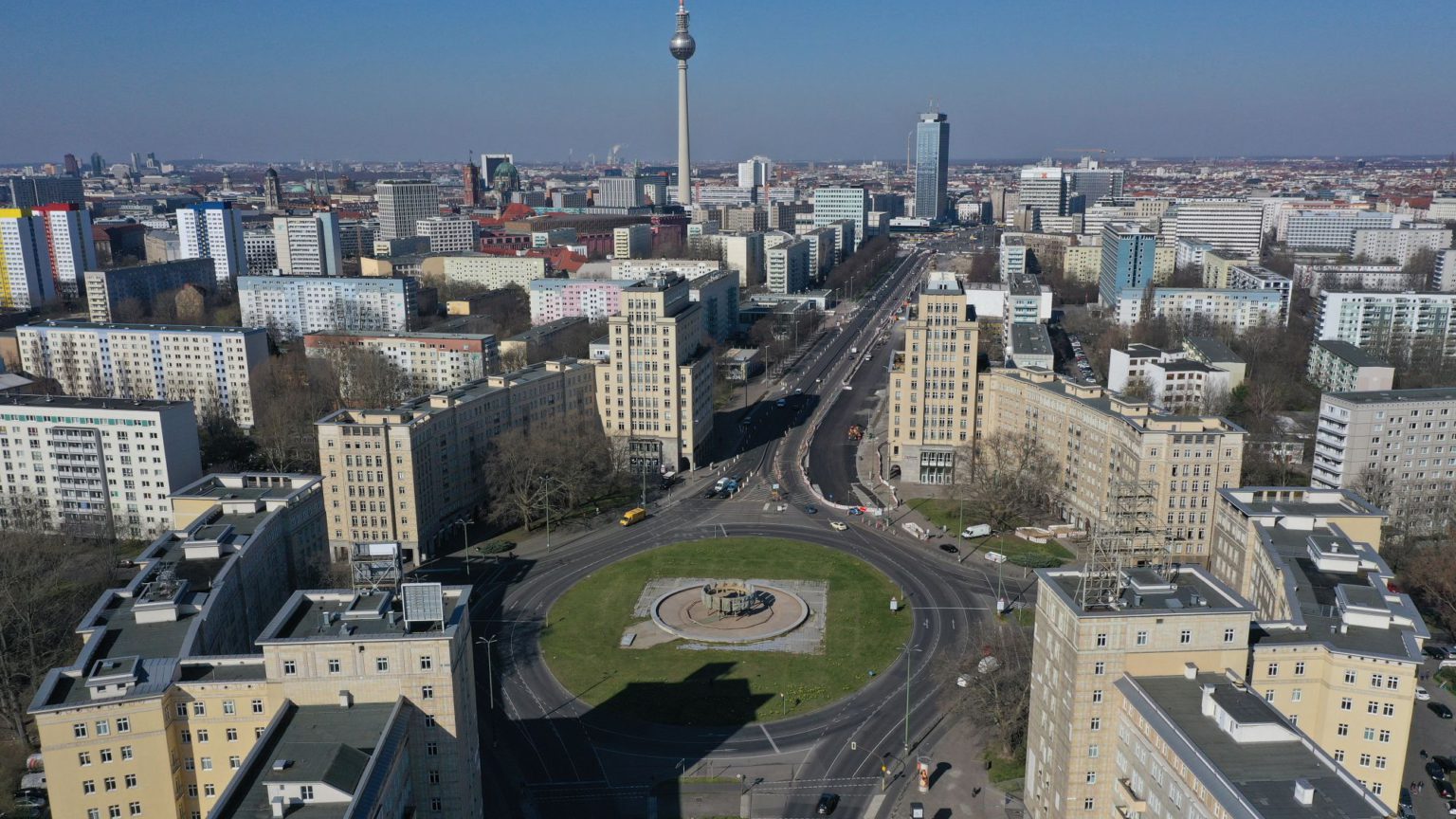 For weeks, the German government has been imposing ever-stricter social-distancing rules in response to the outbreak of Covid-19. Theatres, pubs, restaurants and shops (apart from those selling food) have been shut. This week the government banned people from meeting in groups of more than two. Police have been patrolling the streets to enforce the latest rules. Anyone found to be flouting them could face a fine of up to €25,000.

How do Germans view these measures? How have they affected their businesses and lives? And what do they think the future holds? Sabine Beppler-Spahl, spiked’s Germany correspondent, spoke to five people from different backgrounds to find out. 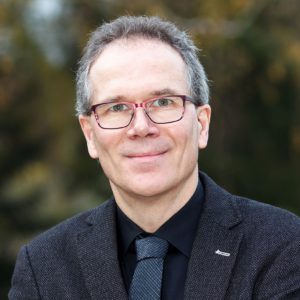 Dr Kai Funkschmidt: pastor and academic adviser at the EKD Institute for Research on Religious and Ideological Issues.

Germany’s Protestant churches had already cancelled their services before the government’s mandatory lockdown came in. ‘The pressure from the press was immense’, says Kai. ‘We were particularly vulnerable, because in South Korea and Alsace, church communities had played a major role in the transmission of the virus.’ But that decision wasn’t easy: ‘Nobody likes closing churches, particularly in times of great fear.’ The biggest issue is Easter, the most important holiday in the church calendar: ‘People have been celebrating Easter under the most adverse circumstances, sometimes in hiding. Should we really let a virus stop us?’ This is not a banal question, he says: ‘It touches on the essential point of how seriously the church takes itself and its own message.’

The call for social distancing affects a church that has long been confronted with increasing individualisation. Even before the current Covid-19 crisis, some congregations had already changed their communion celebrations for hygiene purposes, using individual glasses instead of passing around one shared cup. ‘The sense of community, which the celebration expresses is being eroded even further’, says Kai. At Easter, church doors will remain open for individual prayers, but that won’t be the same as coming together as a community. 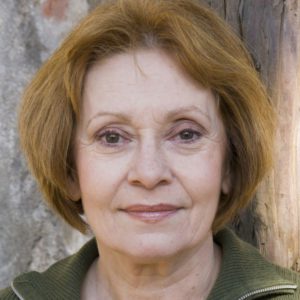 The closure of Anemone’s theatre came only days after the premiere of The Birds, a comedy by Aristophanes. ‘The sudden lockdown was very painful for our ensemble’, says Anemone. ‘The run had started so well, the premiere was sold out, and we had been rehearsing for months.’ She feels sorry for the actors (the ensemble includes 12 people). ‘Most of them are freelancers whose incomes collapsed overnight’, she says.

Fifty per cent of the theatre’s revenues are generated from ticket sales, the other half comes from grants. There are no reserves to fall back on, but the theatre hopes to get some compensation from the government. ‘If this really helps to save lives, we won’t complain. Theatre is a social art, and we as actors know how to deal with each other’, she says.

Will the theatre ever return to normality? ‘There will always be theatres, no matter what happens’, Anemone says. But Berlin’s senator for culture says the lockdown might last until October. This doesn’t inspire much confidence: ‘How many of the smaller cultural institutions will still exist by then?’ 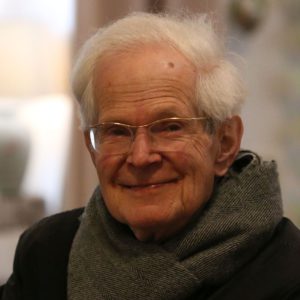 Wolfgang says he refuses to succumb to panic. The crisis appears to him like a huge social experiment, which sociologists will observe with great attention. On the positive side, he has experienced a great deal of neighbourly solidarity. He thinks that family bonds might also become stronger.

But Wolfgang also feels that the mantra that ‘nothing will be the same’ after the crisis is exaggerated. Other big crises he has lived through were the Berlin Crisis in the 1950s and the Cuban Missile Crisis in 1962. ‘In terms of the degree of fear, the Cuba crisis was certainly more serious, since it brought the world to the brink of nuclear war’, he says. Politics is in a difficult situation: ‘On the one hand, it must identify the dangers and encourage whatever action is necessary. On the other, it must prevent panic – a balancing act which it hasn’t mastered very well at the moment.’

Wolfgang is certain that the advice for old people to avoid social contact will cause a great deal of distress. ‘It makes no sense to harm those whom one wishes to protect by cutting them off from all direct social relations. They too must be left the freedom to weigh up the risks, especially since meeting people can be arranged in such a way that transmission is practically impossible.’ 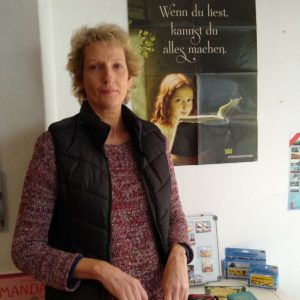 The day before the lockdown was a bit like Christmas for Marion Broschat: ‘We had more people coming to buy books than on a normal weekday.’ With libraries, theatres and pubs closed, buying books became more important. But people didn’t only come to shop – they also wanted to chat with Marion and her assistant one last time. Several people brought flowers. ‘Our customers have shown a great amount of support’, says Marion. ‘They have even tried to come up with ideas of how we could continue selling books during the lockdown.’ One proposal was for Marion to hand pre-ordered books through the door. A nice idea, but not realistic, she says.

How long does she think her bookshop can survive? ‘A month or two and then our reserves are used up’, she says. Marion is unconvinced by the government’s promise to help businesses affected by the lockdown: ‘How can this work? It will cost billions.’ But there is still a sense of optimism, especially when I ask her whether she thinks only Amazon will benefit from the crisis: ‘In the short run, maybe. But people who have been visiting bookshops in the past will continue to do so in the future.’ 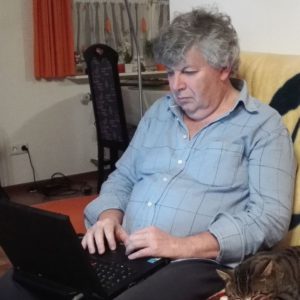 For Boris, the public reaction to the coronavirus crisis – especially the panic-buying in food shops – has been shaped by two factors: a loss of trust in the government, and the panic created by the media.

‘In recent years, the government has made a number of decisions, which large sections of society didn’t understand’, he argues. The examples he gives are the bank bailouts during the Euro crisis, and the opening of Germany’s borders during the migrant crisis in 2015. Most people have the impression that the government can’t be trusted, he says. People no longer have the feeling that ‘in the end, we are all Germans’. Instead, most people think of ‘we down here’ as standing in opposition to ‘those cheats up there’.

According to Boris, the daily – hourly – panic-mongering in the media has also had a profound effect. ‘There is a monstrous media machinery which is no longer able to survive without catastrophism, even in normal, virus-free times’, he says. With the constant pressure of panic, it was understandable that many people felt that the situation was getting worse and worse. Before coronavirus there were other scare stories in the German press, like hate crime or the AfD. ‘The media is monotheistic’, says Boris. ‘It will only allow one main fear, which then becomes the fear of the week. There can only be one devil, as there is only one god.’

The peak of hypocrisy was reached when the same media outlets that spread fear about Covid-19 then started fretting about people hoarding food or behaving badly in the shops. ‘In doing so, they are multiplying the process a hundredfold. Now, not only is the virus a source of panic, but also the panic itself is a sufficient reason for panic.’ Under these two conditions – the alienation of citizens from the state and the politics of fear – it was totally natural that people were worried, and stocking up food, he argues. Boris says that anyone who lived in the former communist East will have experienced a similar dynamic.