Britain is sliding into dystopia

Derbyshire Police are using drones to shame the public for going on ‘non-essential’ walks. 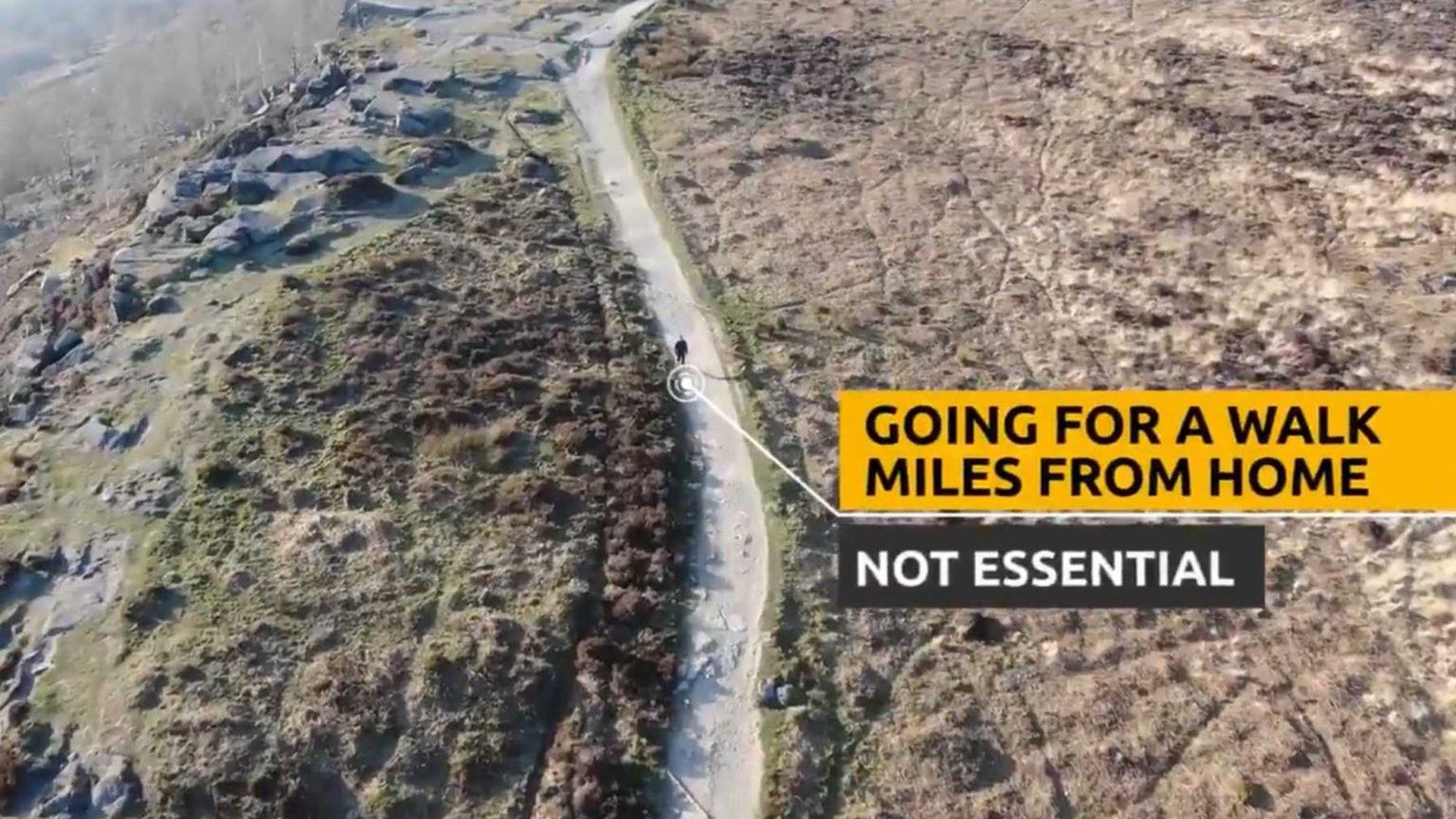 Derbyshire Police have tweeted a menacing video warning the public to stay away from the Peak District during the coronavirus lockdown.

The video shows police drone footage of unsuspecting members of the public hiking, walking their dogs and watching the sunset. All totally harmless behaviour, which is now deemed ‘non-essential’ – and by implication illegal – by the authorities.

Despite posts yesterday highlighting issues of people still visiting the #PeakDistrict despite government guidance, the message is still not getting through. @DerPolDroneUnit have been out at beauty spots across the county, and this footage was captured at #CurbarEdge last night. pic.twitter.com/soxWvMl0ls

The footage gives us a glimpse into the dystopia unfolding before our eyes. In the name of fighting coronavirus, in a matter of days Britain has become something of a police state. Millions of people are effectively under house arrest.

Parliament, meanwhile, before shutting up shop entirely, handed the authorities the most draconian powers ever known during peacetime. Police have been given blanket powers to enforce largely arbitrary rules.

It is abundantly clear that the people being shamed by Derbyshire Police have done nothing wrong. They are walking alone or in small groups. And with so much distance between them and everyone else – the Peak District could hardly be more sparsely populated – they pose no danger of spreading the virus to anyone.

If social distancing must be enforced, it should be enforced with proportion, common sense and empathy. It is not at all clear that the police can be trusted to do this.