Our ‘Brexit’ from the Roman Empire

There are optimistic lessons to be drawn from Britain's ancient past. 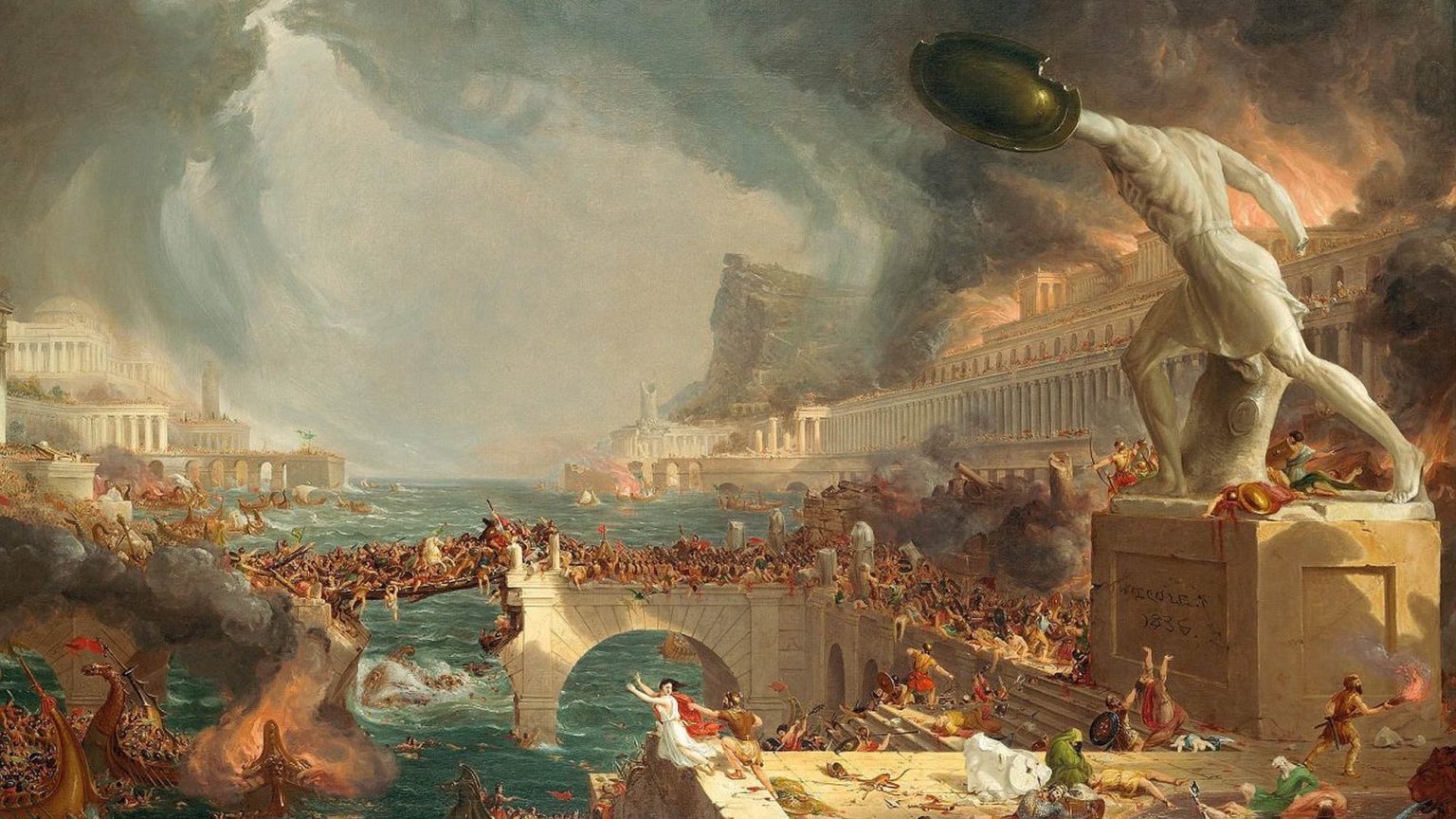 On 25 July 2006, the press officers for Britain’s Labour government were hard at work. There was an NHS breastfeeding drive to sell; a new law targeting men who took their shirts off in town centres; and, ironically, an imminent Tony Blair speech about the need for less of a nanny state.

What was lacking was mention of the significance of the date – the 1,700th anniversary of the acclamation of Constantine the Great as co-emperor of the Roman Empire. He was made emperor in what is now York. Despite the global significance of that event, its commemoration was left to a county museum.

Perhaps we might ascribe such indifference to a leftist preference for focusing on the history of the masses. Public broadcasters were certainly going through a phase of pushing ‘people’s history’ around that time, absurdly trying to erase VIP decision-makers from the narrative. Historical focus serves contemporary needs. Communist iconography, for instance, found the crucifixion of the revolted slaves under Spartacus a powerful counter-image to the sacrifice and message of Golgotha, the site of Jesus’s crucifixion.

Not everyone misses contemporary relevance in ancient cultures and events. In The Dream of Rome, noted columnist and current UK prime minister Boris Johnson introduced the nation to the delights of garum, the Marmite of its day. In Asa Bennett’s zingy new book, Romanifesto, the lessons learned are extended to British politics.

The significance of the Roman parallel was certainly noted by the founders of the EU itself.

Italy has made two main contributions to the Brussels project. The first was when Mussolini deposited politician and political theorist Altiero Spinelli in internal exile on the island of Ventotene, with enough ink, paper and thumb-twiddling time to draft a Federalist Manifesto for postwar Europe in 1941. It was to earn Spinelli recognition as one of the EU’s founding fathers.

The second was in providing a suitable venue, and retro-imperial lustre, for the signing of the founding Treaty of Rome. Tellingly, the signatories did not meet in the Doge’s Palace in mercantile Venice. They eschewed the options of multicultural Palermo, and avoided any driver of the Renaissance that lies on the Padane Plain. Nor, for that matter, did they elect to pick some bland trade-union hall near a Turin automotive factory. Instead, the founders of the new Europe went full-on Roman purple by picking the Capitoline Hill.

Cynics might wonder if the scenery of the Palazzo dei Conservatatori remains impressed on the EU’s psyche. The launch venue, nestled on the site of the Temple of Jupiter Maximus, is perhaps still lending its austere divine certainties to the European Commission. It sat near the Tarpeian Rock, inspiring the European Court of Justice to the most robust of judgements. The delegates themselves perched under the statued gaze of two infallible popes, surrounded by tapestries relating incidents of bad relations with neighbouring states, including the Sabines, an Italic people from the central Apennine Mountains.

Should we then embrace the metaphors – both obvious and hidden – that Rome brings to the Brexit debate? The soil is fertile but misunderstood. In particular, there was not just one ‘Roman Brexit’, in around 410 CE, but several – and arguably, none of them intended as Brexits at all. On many occasions, parts of the Empire slipped away from central control, to be seized by Roman generals and commanders who took the opportunity, supported by their troops, to declare themselves regional emperors, but who never then managed to expand their mini-empires beyond what they had seized. In Britain’s instance, this happened under Clodius Albinus, a Roman commander who was proclaimed emperor by the Roman legions in Britain and Hispania in 193 CE; Carausius, a commander who declared himself Emperor of the North in 286 CE; his successor Allectus (who established the now familiar precedent of a chancellor knifing his leader); or Constantine III, a Roman general who declared himself Western Roman Emperor of Britannia in 407 CE, but under whose militarily stretched reign Britain finally slipped from direct Imperial control.

What is telling about these cases is how an immense, intense, and no doubt to many frightening, political rupture did not create a social and cultural rift with the continent. Even in the case of Constantine III, with the traditional date of 410 CE assigned to the end of Roman Britain, a measure of cultural and trading links remained that might have led to a restored unity had the continental power been in a position to supply it. Britons subsequently emigrated in two waves to Brittany. The historian Jordanes also mentions a Riothamus who lent major military support to the last fragments of the continental Empire around 470 CE. Saints from Britain and Gaul visited each other’s territories, to found monastic houses and fix ecclesiastic problems, but also to provide counsel and support. The power drain did not mean an absolute and immediate vacuum.

Why are these examples significant? Simply because in each of the above cases there really was a ‘cliff edge’ scenario in play. Political breaks were extreme, involving warfare and dynastic destruction. Regimes were in direct conflict, adding to existing major economic strain and external pressures.

Yet despite this, at repeated points of strife and rupture over the centuries the inhabitants of these Romanised islands kept their sense of place in the world, and did not sink into ready barbarism, isolationism and decay. It suggests with our own political realignment that we can afford to be rather more optimistic about our own prospects as an outward-looking state today.

Dr Lee Rotherham is author of A Fate Worse Than Debt: A Beginner’s Guide to Britain’s National Debt from Boadicea to Jeremy Corbyn and The Discerning Barbarian’s Guidebook to Roman Britain.

Romanifesto: Modern Lessons from Classical Politics, by Asa Bennett, is published by Biteback Publishing. (Buy this book from Amazon(UK).)