Why Burger King’s ‘Mouldy Whopper’ ad is so annoying

This isn’t about selling more burgers – it’s about lecturing the public. 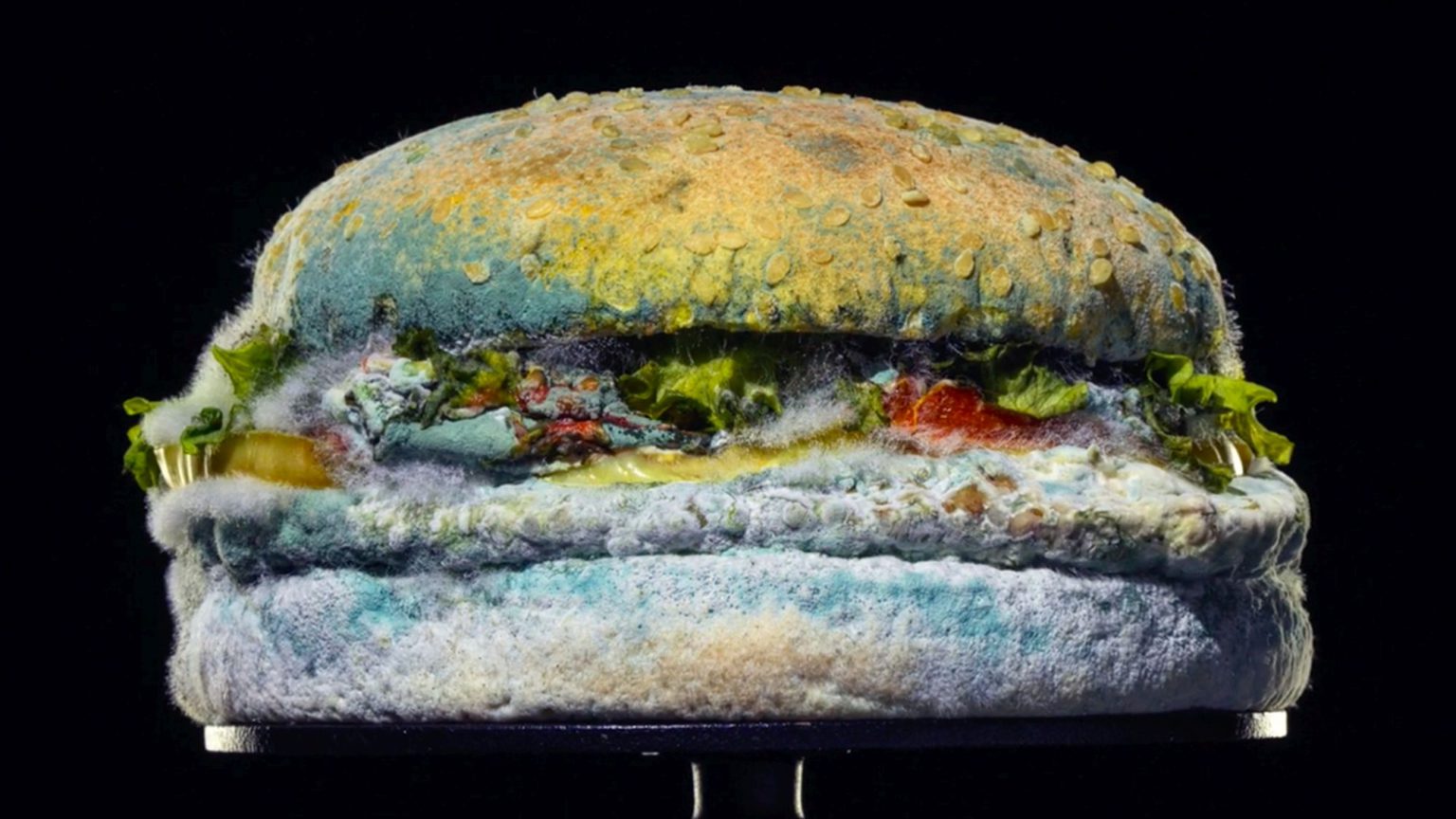 Corporate giant Burger King has managed to make the news with its new ‘Mouldy Whopper’ advertising campaign. The reaction from the creative commentariat has either been confused ridicule or blind adulation. But the most striking thing about the campaign is not whether or not it is effective at advertising burgers. Arguably, it is not even advertising as we have traditionally understood it.

The ad shows a Whopper going off, turning rotten. It is meant to celebrate BK’s removal of artificial preservatives from its signature burger. Some see the campaign as epoch-defining. David Griner, in Adweek, argues that ‘there are only two eras in advertising: ads that came out before Burger King’s Mouldy Whopper, and ads that came out after Burger King’s Mouldy Whopper.’

But in truth, this isn’t about advertising. Rather, the Mouldy Whopper campaign speaks to today’s insidious search for moral authority on the part of big business and advertising. It isn’t about selling burgers – it’s about finding a sense of moral purpose through instructing consumers to be more ‘aware’.

The BK campaign was developed by a trifecta of advertising firms with global reach: Ingo from Sweden (owned by Ogilvy and Grey), David (Ogilvy-owned), and Publicis. In the time-lapse video, the Whopper is shown decaying over a period of 34 days. By the end, the burger is a disgusting, putrid mass of green, furry mould. Yet according to the campaign copy, this manky old Whopper signifies ‘the beauty of no artificial preservatives’.

Many commentators have celebrated the campaign for its ‘bravery’, ‘transparency’ and ‘irreverence’, alongside its ‘rule-breaking’ and ‘counterintuitive’ attitude. But just as many have questioned its commercial rationale (presumably, selling burgers), given that it relies on the disgust factor. A rotten burger is hardly likely to make people rush out for a Whopper.

So alongside noting the campaign’s radical nature, Griner described it as ‘truly bizarre’ and said it ‘tests just how far Burger King can take its audiences down the bold marketing route before losing the path entirely’. This is an important point. But a far more revealing question would be this one: just who is this campaign aimed at?

Superficially, it is a piece of communication to promote the ‘no preservatives’ Whopper. But promote it to who? The aim is not to entice ‘socially aware’ eaters into BK. If people are so health-conscious that they worry about preservatives in a burger, then they’re very unlikely to enter a cheap burger joint in the first place. If this campaign is about drawing in a new health-conscious audience, I’m a Filet-O-Fish.

Nor is it about giving existing BK customers what they want. Nobody will be able to tell the difference between the old Whopper and the new one. As Pulp Fiction’s Jules Winnfield might have said, it’s hardly ‘gourmet shit’. It is fast food, a quick fix. It fills a hole and it is cheap and cheerful. There has never been any real demand for preservative-free burgers from the millions of patrons of fast-food joints.

No, this campaign is not about selling burgers to millennials or extending BK’s existing market share. It’s about something more amorphous and revealing than such old-fashioned commercial concerns.

BK has traditionally been quite good at advertising. At their best, corporations and advertising executives push the boundaries of creativity. They can be technologically innovative and can engage in social and cultural issues. And Burger King has previously done this.

Its ‘Never Trust a Clown’ campaign, and its follow-up Halloween-linked campaign ‘Very Scary’ in 2017, rode the wave of excitement around the horror film, It. BK packed out its flagship restaurant in London’s Leicester Square by promising free Whoppers to the first 500 customers who came in dressed as clowns.

The ‘Burn that Ad’ campaign in 2019 used augmented reality to great effect against BK’s rivals, McDonald’s. Pointing your smartphone at a McDonald’s ad would see it ‘burst into flames’, and then you would be given directions to the nearest Burger King outlet.

But campaigns like Mouldy Whopper – or Gillette’s ‘The best a man can be’, or Coca-Cola’s ‘Don’t buy Coca-Cola if you’re not going to help us recycle!’ – are a different matter entirely. They are not about engaging an audience. They are about inculcating people with values, rather than enticing them with products.

Rather than being innovative, advertising campaigns like Mouldy Whopper are interventions into the political sphere. Plus they are part of an insidious drive by corporations to boost their social and moral authority. This is about rehabilitating big business and its authority over us, the consumers.

And so, one mouldy burger at a time, corporations are transformed from pariah organisations into the new moral arbiters of the correct way to think and eat..

Alex Cameron is a designer and critic. He is also part of the Dissenters Design Network.