Afghanistan: a war without reason

The US has lost what was always an unwinnable war. 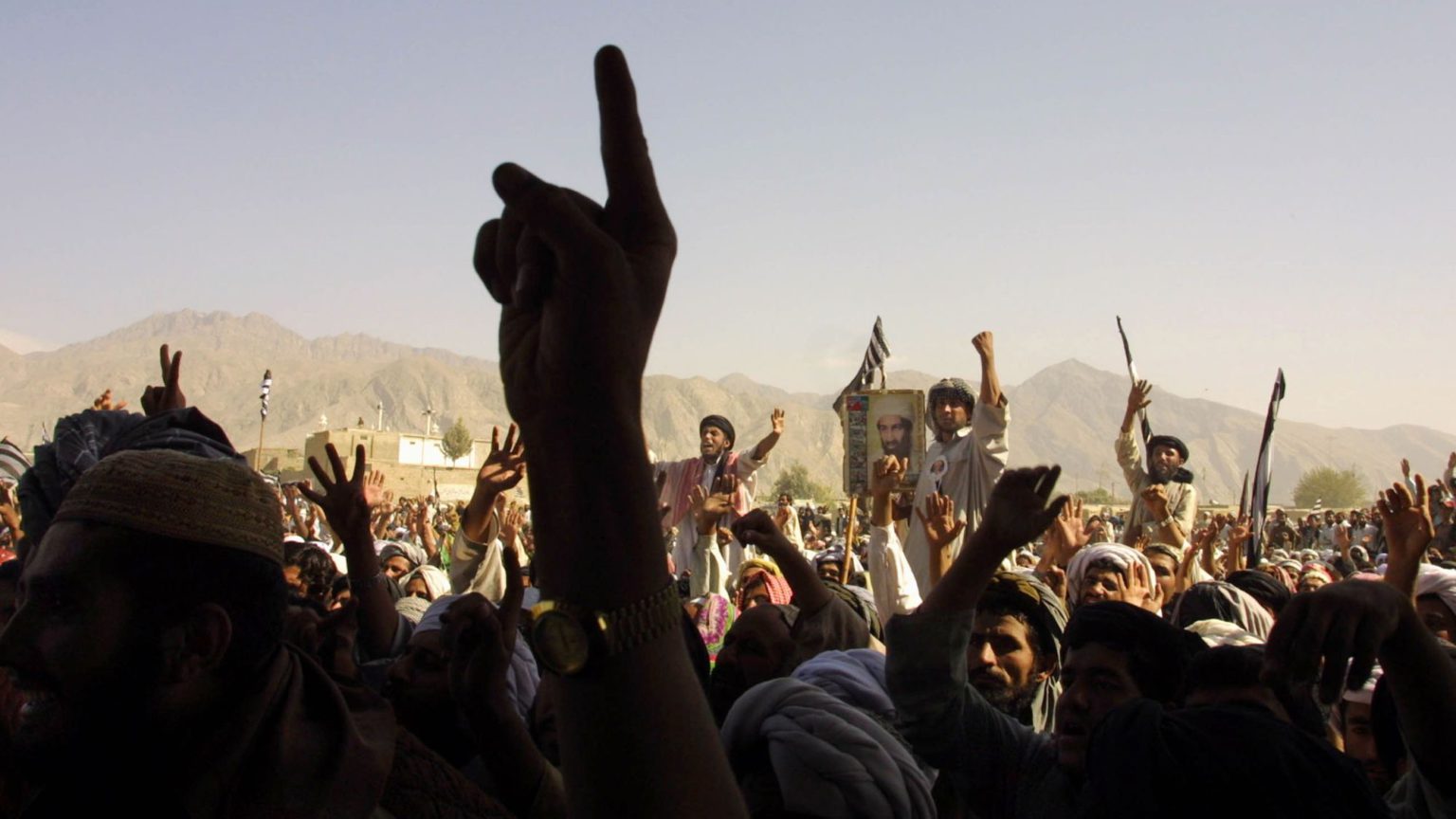 The deal the US has struck with the Taliban confirms what many have long known. That the US and its Western allies, after nearly 19 years of attritional combat, have well and truly lost the war in Afghanistan.

How else to frame an ‘agreement for bringing peace’ that effectively states the terms of America’s retreat? Yes, demands are made of the Taliban, too. It must not allow al-Qaeda or any other terrorist groups to operate in the areas under its control, for instance. But it is the US promising to release 5,000 Taliban prisoners later this month. It is the US pledging to withdraw all troops within 14 months. It is the US that is desperate to get out. Perhaps the biggest indication of Washington’s unwillingness to prolong the inevitable came this week when Trump said he had had ‘a very good talk’ on the phone with a senior Taliban official, despite the ongoing Taliban attacks on Afghan security forces. One wonders what the Taliban would have to do to violate an ‘agreement for bringing peace’.

If the White House will not admit defeat, at least the Taliban is willing to declare a victory. ‘Even if we don’t say that the US is defeated in Afghanistan, it is an open secret now that they are defeated’, said Anas Haqqani, a senior figure in Taliban’s most formidable militia, the Haqqani network

Truth be told, the Trump administration has long known the game is up. Upon entering office in 2017, Trump did announce a new strategy for Afghanistan, promising to ‘fight and to win’, which itself was a surprise given his long-standing calls for the US to extract itself from the ‘waste’ of the Afghan conflict. But the new strategy seemed to consist of little more than escalating the aerial bombardment, which contributed, in 2019, to the highest quarterly civilian casualty toll (4,300) since tracking began in 2009.

But there was no real political or strategic commitment to the war in Afghanistan. And no sense that Trump ever thought it was a conflict worth US troops dying for. The new Afghanistan strategy, then, was just another piece of superpower PR for a domestic audience.

Indeed, despite more munitions than ever being emptied on to Afghan towns and villages, Team Trump had already decided that the only way forward was to retreat. In September 2018, Zalmay Khalilzad, a former US Ambassador to Afghanistan, was appointed Special Representative for Afghanistan Reconciliation, and tasked with leading talks with the Taliban in Qatar. The very public breakdown in negotiations last September didn’t halt the behind-the-scenes momentum.

And last week, the deal was finally struck: the prosecutors of the ‘war on terror’ had given in to an Islamist insurgency that harbours terrorists.

There is no dressing this up as anything but a defeat for the US. And it was an entirely predictable one, too. For this was always an unwinnable war.

Partly this is because of Afghanistan itself. This is one of the poorest, most underdeveloped nations on the planet. The regime-changers who prevailed in Western foreign-policymaking at the time of the invasion of Afghanistan in 2001, may have talked in terms of an Afghan nation state, but this was and is a largely agrarian society, in which a considerable amount of power is wielded tribally, through localised networks of elders. Indeed, it was the very weakness of the Afghan state, and the breakdown of law and order as rival mujahideen groups fought for control after the withdrawal of the Soviet Union in 1988, that provided the very conditions for the rise of the Taliban in the first place. Its promise to impose stability and rule of law, no matter how brutally and strictly, was to win it a degree of popular support, and, as it turned out, a period in control of Afghan territory between 1996 and 2001.

What precisely were the US and its friends in NATO hoping to achieve by taking on the Taliban in 2001? Liberate a people that didn’t actually exist as such? Build and defend a state that few in Afghan territory recognise as legitimate? If regime change proved a tragic folly in Iraq, it was to prove a bloody nonsense in Afghanistan.

Moreover, the Taliban were never simply going to disappear, as the US well knew. After all, the Taliban was an Afghan, Pashtun faction of the mujahideen, the Islamic fighters the US Central Intelligence Agency, and its Pakistani counterpart, the Inter-Services Intelligence directorate (ISI), cultivated and backed in their ultimately triumphant struggle against the Soviet Union in the 1980s. The Taliban, like the mujahideen, were hardened, committed, and willing to die. Many had taken on the Red Army. They were more than willing to take on the US. Of course, the US, such is its military strength, could have beaten them. But it would have taken a huge military commitment, and a willingness to risk many more troops’ lives than it already was doing.

And this brings us to the ultimate reason why this was always an unwinnable war. The commitment and willingness just wasn’t there. Proxy armies from northern Afghanistan were initially used, as the US pursued a low-risk strategy of aerial bombardment. Then, when more soldiers were drafted in, they were herded up in fortified bases. Even when the US, under President Obama, attempted to roll back Taliban gains in 2009-2010, boosting troop numbers to over 100,000, this was presented as merely one stage in what was to be timetabled withdrawal, something for the Taliban to wait out.

This was not because there was an unwillingness to die for a cause. The problem with the whole war in Afghanistan was that no one in Western political circles ever seemed to know what the cause was. Initially, of course, the objective was to hunt down al-Qaeda and its leader Osama bin Laden, in retaliation for 9/11. But that objective soon blurred and mutated, as the ‘war on terror’ acquired an ever more abstract, infernal form. Soon the objective had become the elimination of the Taliban per se. Then it was to liberate women from the strictures of an Islamic state. Later still, it was to stop the drug trade, and even to promote democracy.

A war without an end had become a neverending war. In many ways, by the time of Trump’s administration, the point of the war in Afghanistan had never been clearer. It was simply to end the neverending war.

The sheer number of retroactive reasons generated in the course of this near two-decades-long conflict was an indication of the absence of any real, material, strategic reason for being there. There was a void where a political, moral purpose – a casus belli – should have been. It was never even clear if the US thought the Taliban was an adversary or not. As then vice president Joe Biden put it in 2011, ‘the Taliban, per se, is not our enemy’. He said this as American forces were engaged in life-or-death gunfights with the Taliban.

A war without purpose it may have been. But it was not without consequence. It has cost the lives of 3,500 members of the international coalition forces; 58,000 Afghan security personnel; 42,000 opposition combatants; and, according to some estimates, over 30,000 civilians.

And what was it all for? It’s doubtful even those who prosecuted it know the answer.