Coronavirus and the madness of elites

Their panicked response stems from their fear of the masses. 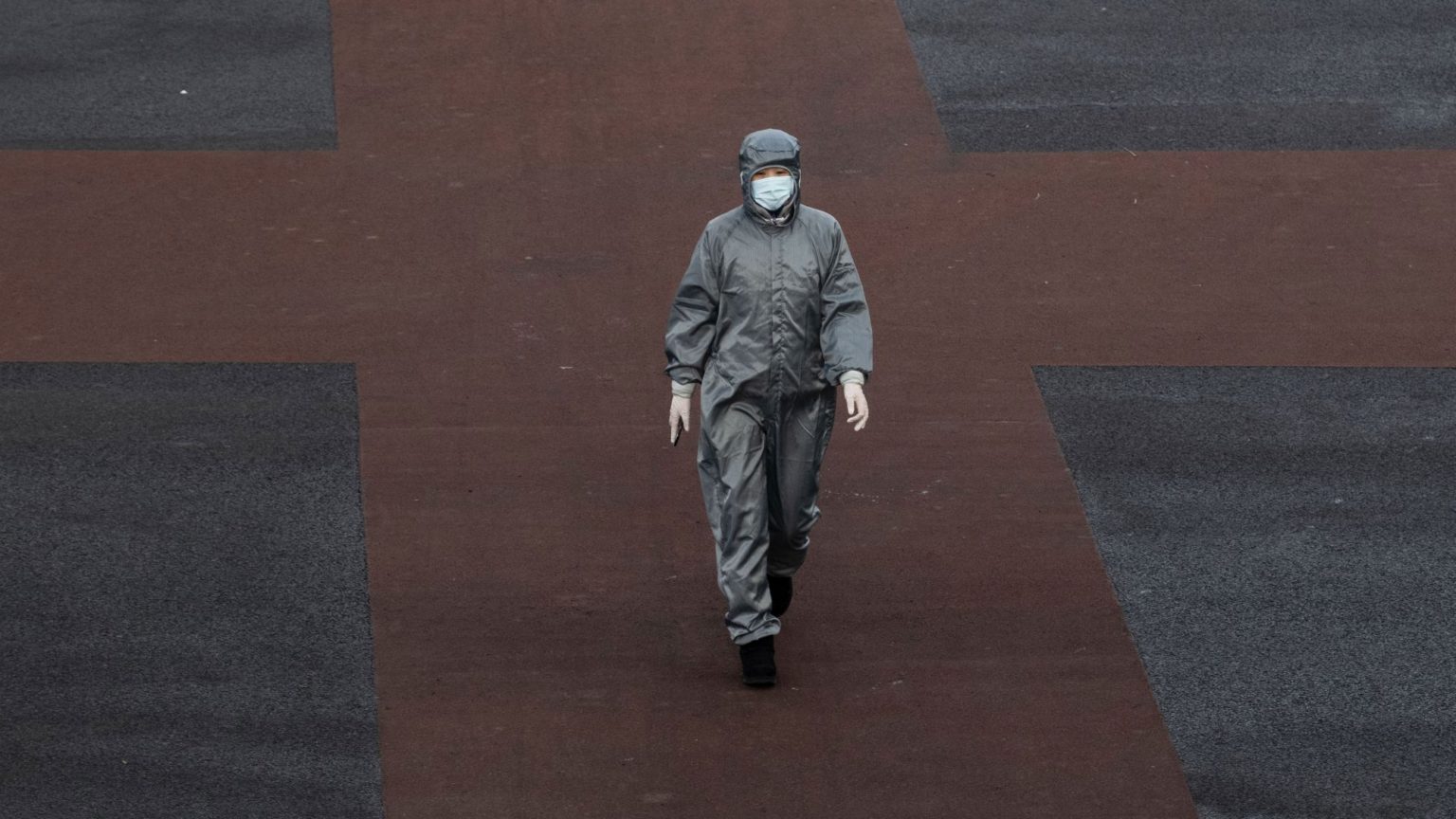 Last week, the world stock markets suffered their worst week since the financial crisis in 2008, with $6 trillion wiped from shares and, in some markets, a sell-off at a rate not seen since the Great Depression almost a century ago. Why? Because global investors are in a panic about the potential economic fallout from the coronavirus epidemic.

Many commentators are making the point that this is mad. Ross Clark argues convincingly in the Spectator that the ‘most dangerous thing about coronavirus is the hysteria’. Philip Aldrick, economics editor of The Times, agrees. He says it is the ‘panic we should fear more than the virus itself’.

Our appetite for doom and fear of the unknown are offered as explanations for this behaviour. Risk culture and a predisposition to overreacting to threats are also certainly components of what is happening. But there is another equally important element linked to these that is not being raised – that this madness is not being driven by the ‘low-information’, knuckle-dragging, gullible ignorant masses, but by the information-rich, university-educated and refined global business and government elites.

The contrast between the responses to coronavirus from the elites and ordinary people has been stark. Even as the level of panic in the mainstream reporting around coronavirus has risen, ordinary people have just gotten on with their lives. The supposedly well-informed elites, who often accuse the ‘dumb’ masses of being vulnerable to hysteria and ‘fake news’, have themselves been prodded into panic. Meanwhile, where they are not in lockdowns, ordinary people are still going to work, commuting, going to bars… They’re simply getting on with their lives, while taking note of the potential risks.

The elites are in free-falling panic; like a herd of wildebeest, panicked by the sight of a predator and rushing blindly across crocodile-infested waters, they have sparked a potential global economic meltdown. Meanwhile, we see stoic common sense, simple but profound wisdom, on the part of the ‘great unwashed’.

The elite response is, in part, a product of misanthropy. For decades now, our culture has succumbed to the idea that human beings are the source of the world’s problems. People are always depicted as the problem: whether we’re destroying the planet or carrying threatening diseases.

This has a long-established pedigree in Western society. Louis Pasteur, the great 19th-century scientist who discovered microbes, had a horror of democracy. In the words of David Bodanis, Pasteur saw the mob as ‘a collection of small infecting creatures that decent people didn’t ordinarily see, but which was always there, ready to pounce, to enter our society and take over and grow’.

This metaphor of the masses as like bacteria – small things swarming everywhere, ready to strike, to grow and to propagate – captured the right-wing fear of the masses at the time.

Throughout the 20th century, especially after the Bolshevik Revolution of 1917, when the masses became a real social and political force in society, the bacteria / mass metaphor became particularly prevalent. When Lenin was sent into Russia in 1917, he was described ‘like a plague bacillus’ in his sealed train. Western European leaders used the phrase ‘cordon sanitaire’ to describe the policy of encircling the new entity over there, to keep its contamination from seeping out.

In 1920, Winston Churchill, then secretary of state for war and air, described the Bolshevik revolution as ‘a poisoned Russia, an infected Russia, a plague-bearing Russia, a Russia of armed hordes smiting not only with bayonet and with cannon, but accompanied and preceded by the swarms of typhus-bearing vermin which slay the bodies of men, and political doctrines which destroy the health and even the soul of nations’.

Meanwhile, Hitler and the Nazis saw Judaism as a deadly virus and Jews as its carrier, and thus the only solution was their eradication. The postwar containment theory aimed at stopping the spread of communism, or in the case of communist China, the ‘Yellow Peril’, is a more modern version of the same sentiment. McCarthyism in the US was an attempt to stop communism spreading like a bacterium at home.

This type of language is not being used widely in today’s panic about coronavirus, of course. (Although there have been some references to a new ‘Yellow Peril’.) Still, the underlying sentiment is definitely present: whether it is people boycotting Chinatowns in city centres, or populist politicians like Matteo Salvini or Marine Le Pen blaming foreigners for the spread of the disease.

People are presented as the danger – the unwitting but deadly bearers of an invisible threat. This plays to a pre-existing, misanthropic narrative that can only further divide society, increase a sense of atomised vulnerability, and let the panicked irrational global elites off the hook in the process.

It is tragic. Deaths from Covid-19, to use its official name, are deeply regrettable. But we need a sense of proportion. The virus’s fatality rate is believed to be around one per cent. This is around seven times higher than the fatality rate of standard flu, but a fraction of the rate for 2003’s severe acute respiratory syndrome (9.6 per cent) and 2012’s Middle East respiratory syndrome (34.4 per cent).

Coronavirus is far more infectious than SARS and MERS. But scientists are working flat-out to find treatments and vaccines. The World Health Organisation believes that the drug remdesivir, developed by the company Gilead Sciences, may be an effective treatment, and it is currently in clinical trials.

Human creativity and our capacity to solve problems can and will contain coronavirus. People are not the problem. But the global elites certainly are. Their behaviour is fuelling more panic, and now threatens billions with economic recession. We need to embrace the calm and wisdom of the masses, not the madness of elites.